A Las Vegas police officer shot and killed a man armed with a sword Tuesday morning at an apartment complex in the east valley. (Cassie Soto/Las Vegas Review-Journal) 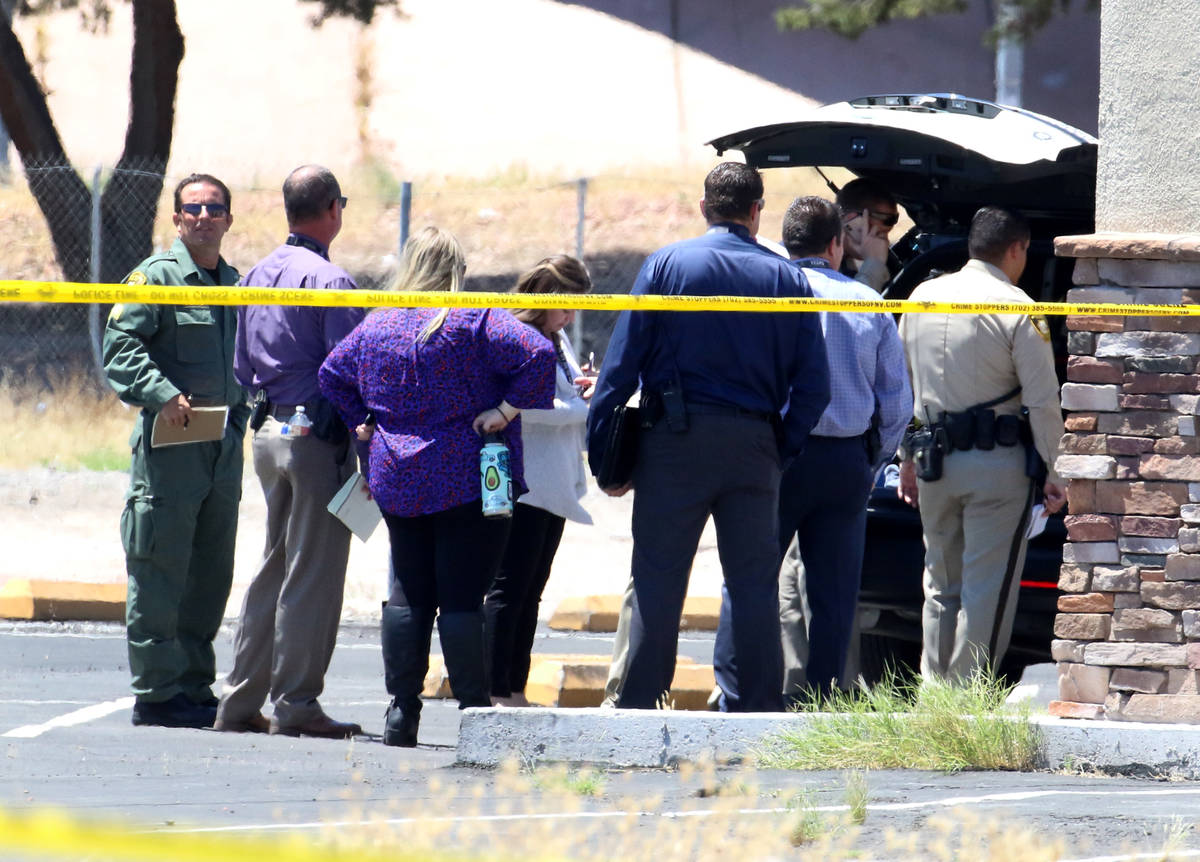 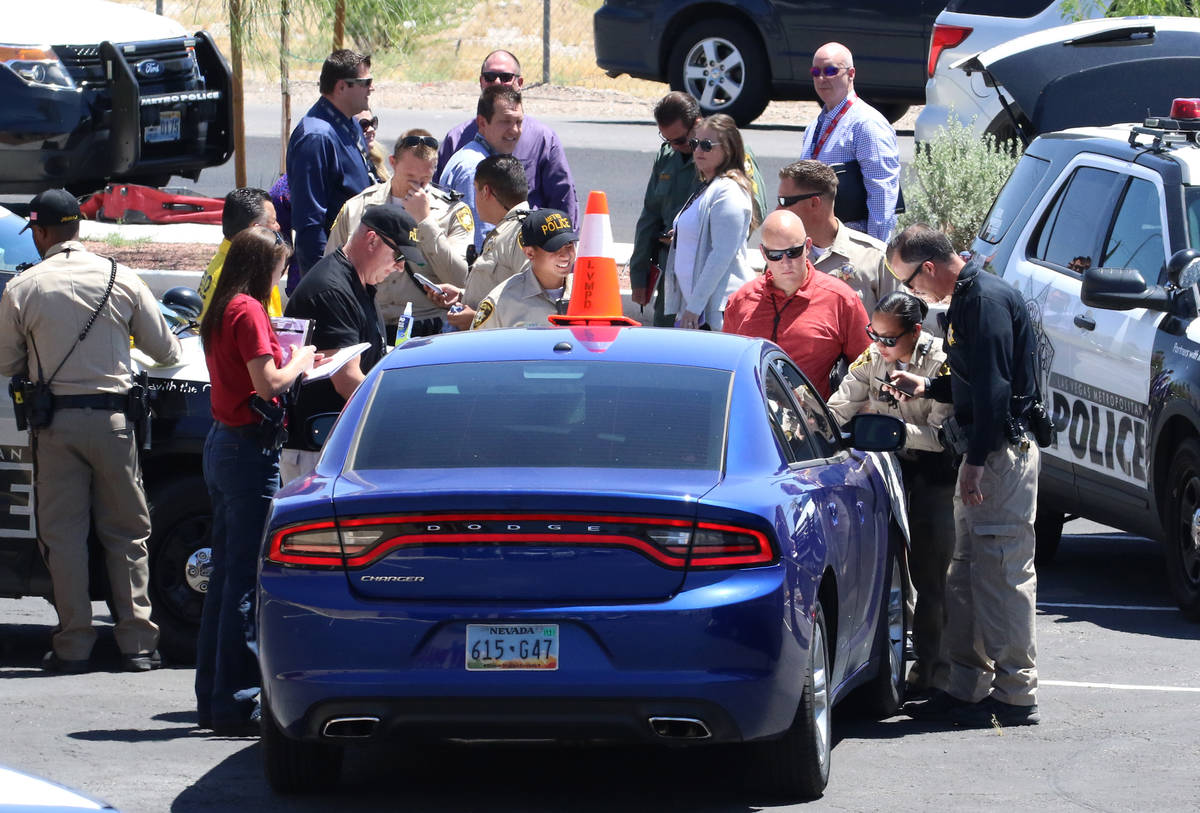 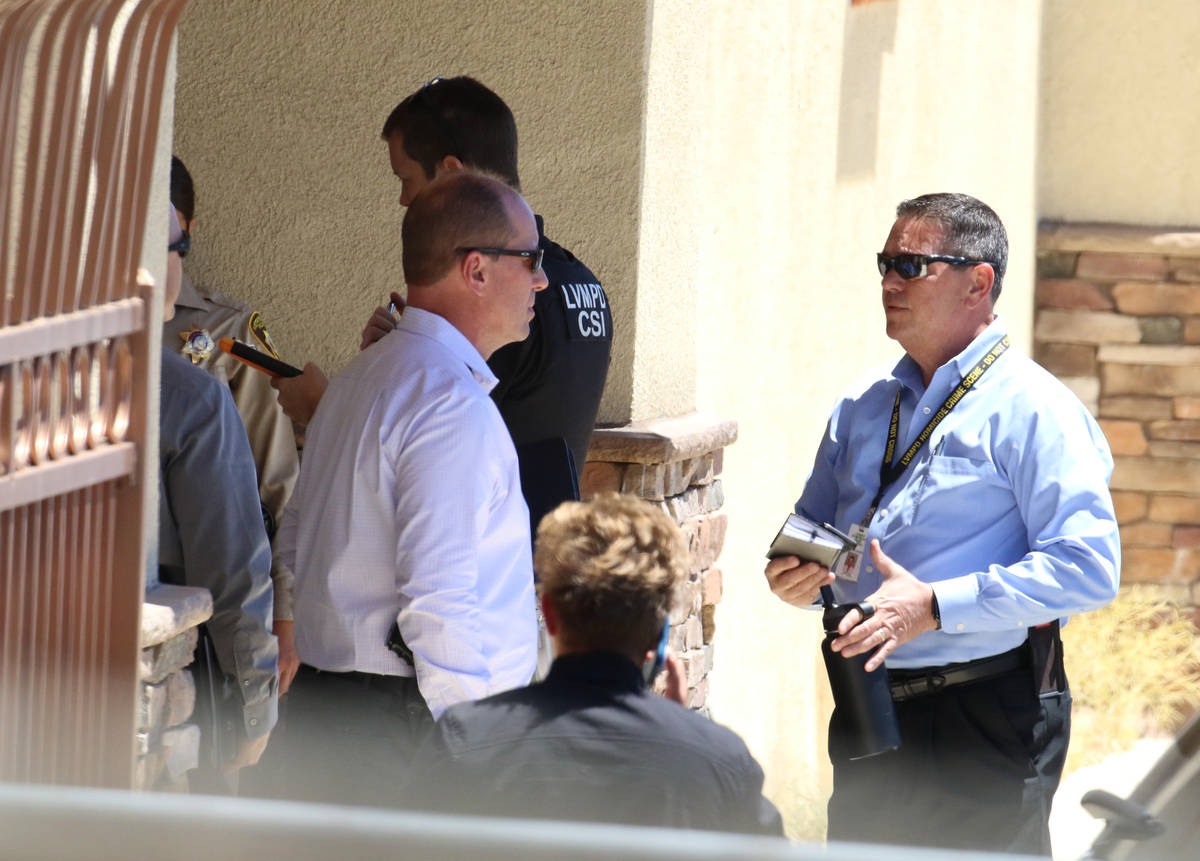 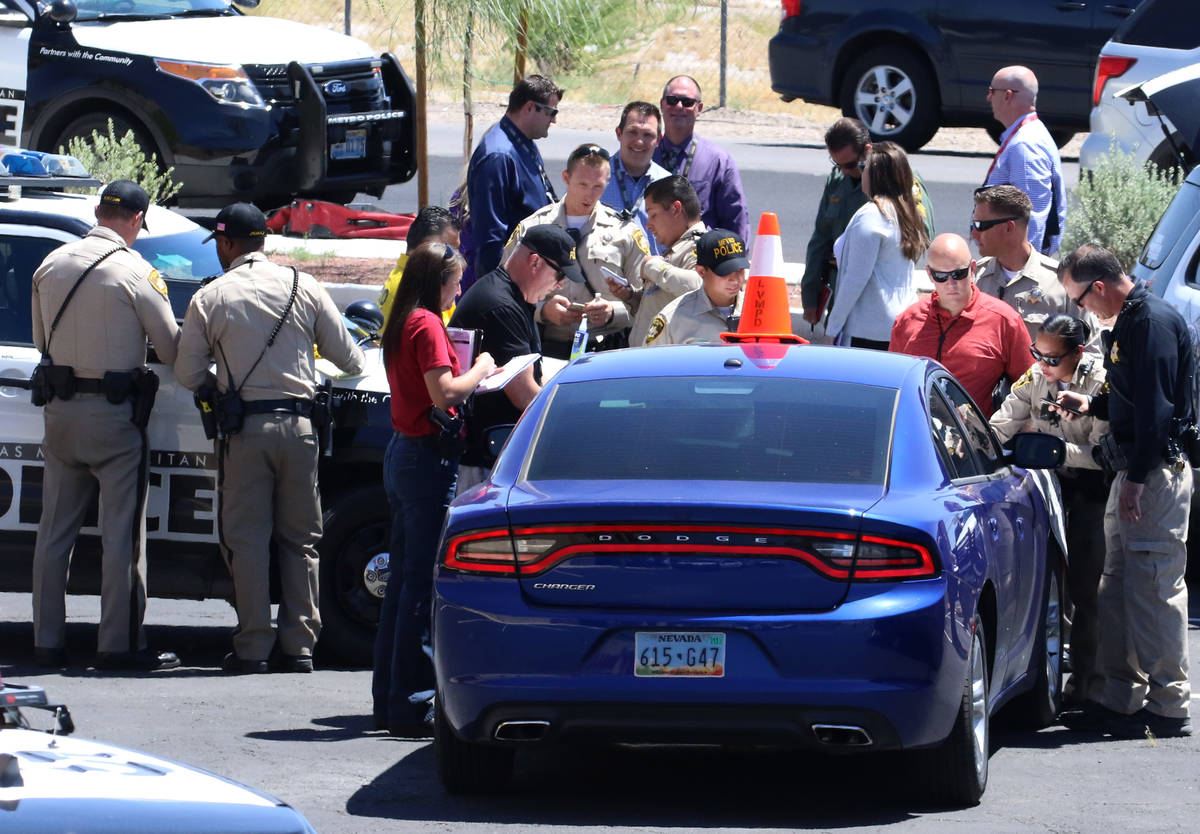 A Las Vegas police officer fatally shot a man armed with a sword Tuesday at an apartment complex in the east valley.

About 10:30 a.m., officers received a 911 call about a man creating a “disturbance” at an apartment complex on the 3000 block of Sandhill Road, directly behind Boulder Station. Police found a man on the second floor of the complex holding a sword and “yelling things out to the common area,” Metropolitan Police Department Capt. Nichole Splinter said.

Officers called for backup and started talking to the man, “trying to calm him down and to get him to disarm,” Splinter said at the scene.

The man then started walking down the stairs, still holding the sword. Officers began to retreat but continued talking to him, Splinter said.

He then “advanced quickly, in a threatening manner,” and an officer shot the man, Splinter said. It was unclear how many times the officer fired.

The man was pronounced dead at a local hospital, she said. It was unclear why the man had a sword.

A woman who lives in the area, Gladys Henderson, said that around 11 a.m. she heard sirens blaring and observed first responders racing to the scene.

“I started hearing the ambulance and fire department and cops coming all at the same time,” Henderson said.

“I know that a lot of people are under a lot of pressure right now, and there’s a lot of tension going on. We want to make sure that our officers and the community maintain safety at all times.”

Splinter then clarified that the department has seen the same number of police shootings this year as it did at this time last year.

Tuesday marked the seventh police shooting this year involving Metro officers. Three of the shootings have been fatal, and all three happened in the past two weeks, according to records maintained by the Review-Journal.

Of the seven police shootings that occurred by this time last year, only two involved an officer fatally shooting someone, according to Review-Journal records.

Two weeks ago, officers shot and killed Chase Rosa, 24, while he was attempting a carjacking with a sawed-off shotgun, Metro said. Rosa pointed the weapon at officers after they identified themselves as the police, the department said.

On April 29, Sgt. Timothy Stovall shot and killed a man, 38, during a traffic stop in the far northeast valley. The man, identified by the Clark County coroner’s office as Jesus Caballero, had asked to be shot before pulling a rifle out of his car, Metro said Monday.

Further information about Tuesday’s shooting was not immediately available. The Clark County coroner’s office will identify the man killed after his family has been notified.