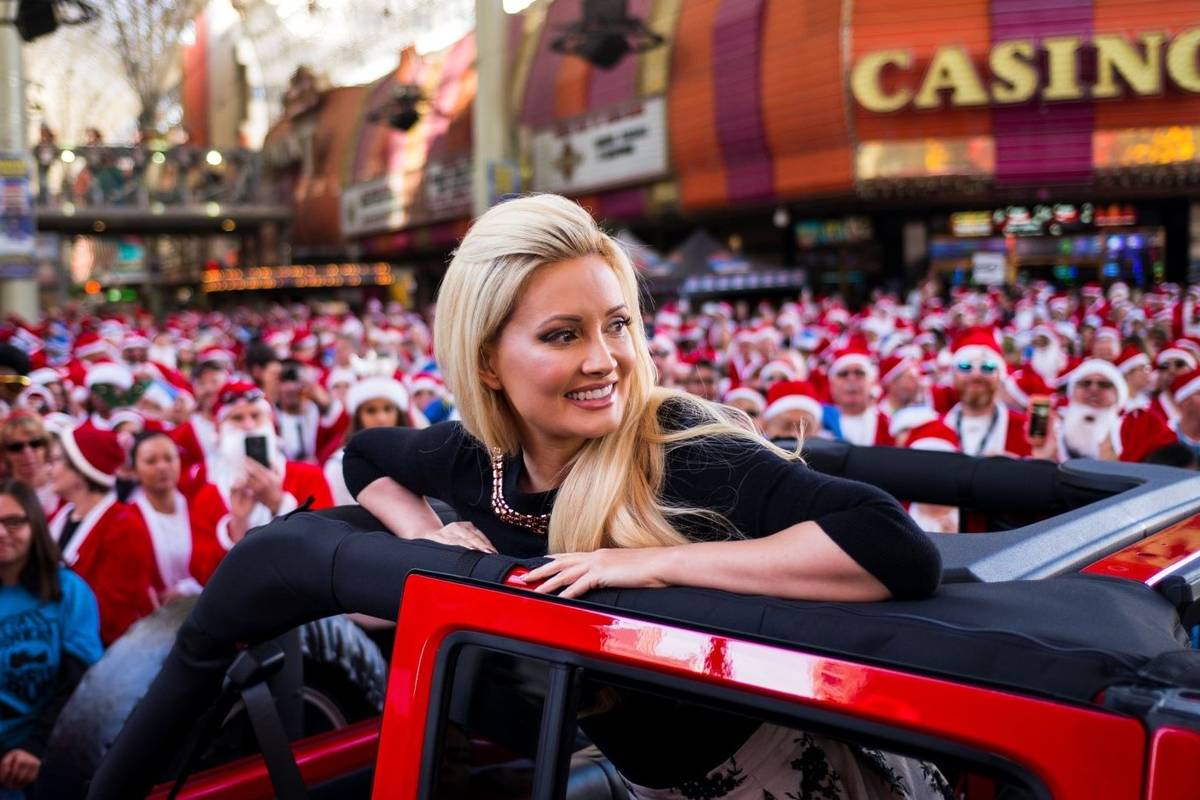 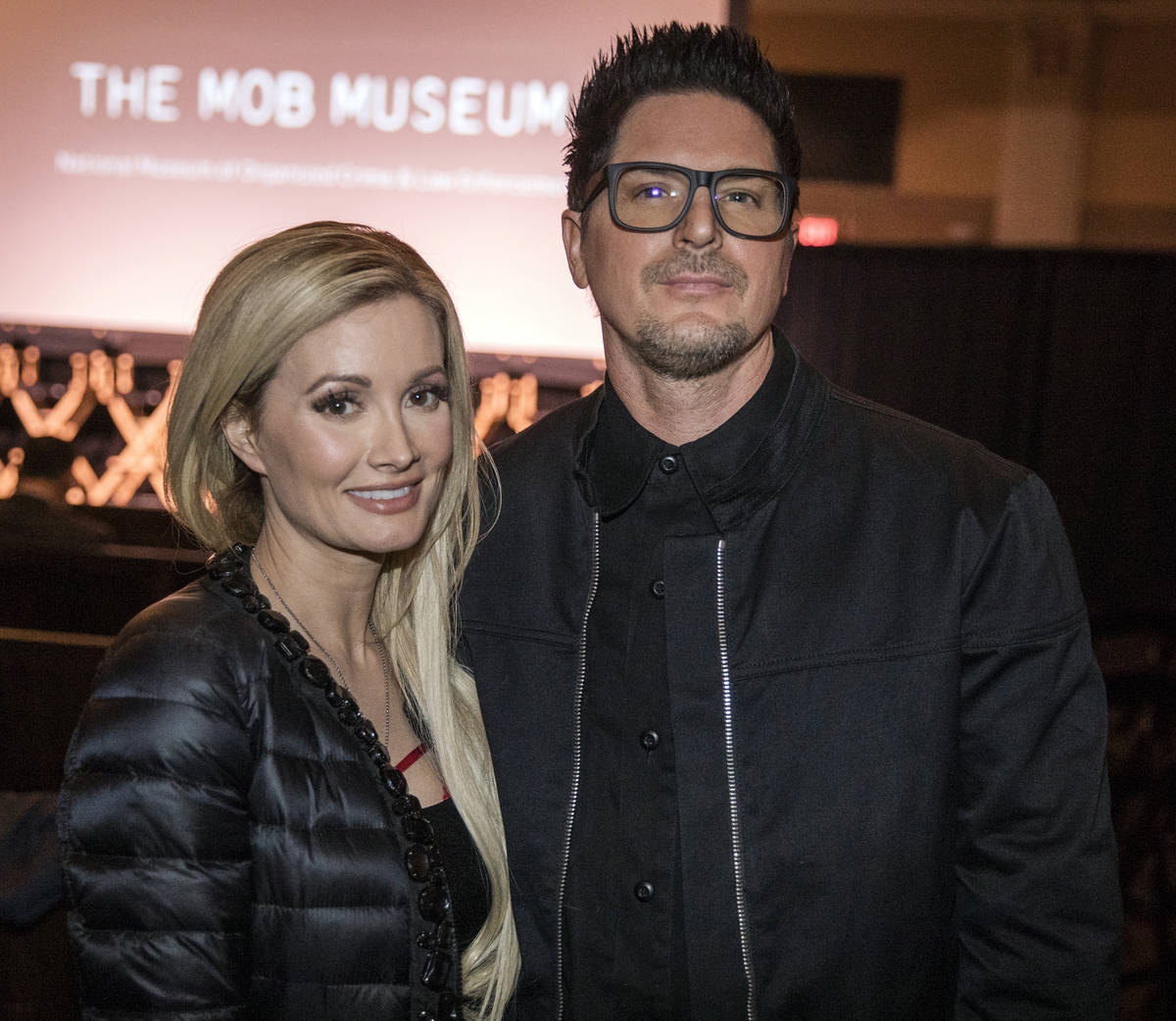 Holly Madison and Zak Bagans are shown at the premiere of "Mob Town" at the Mob Museum on Saturday, Nov. 30, 2019. (Jeff Scheid/The Mob Museum) 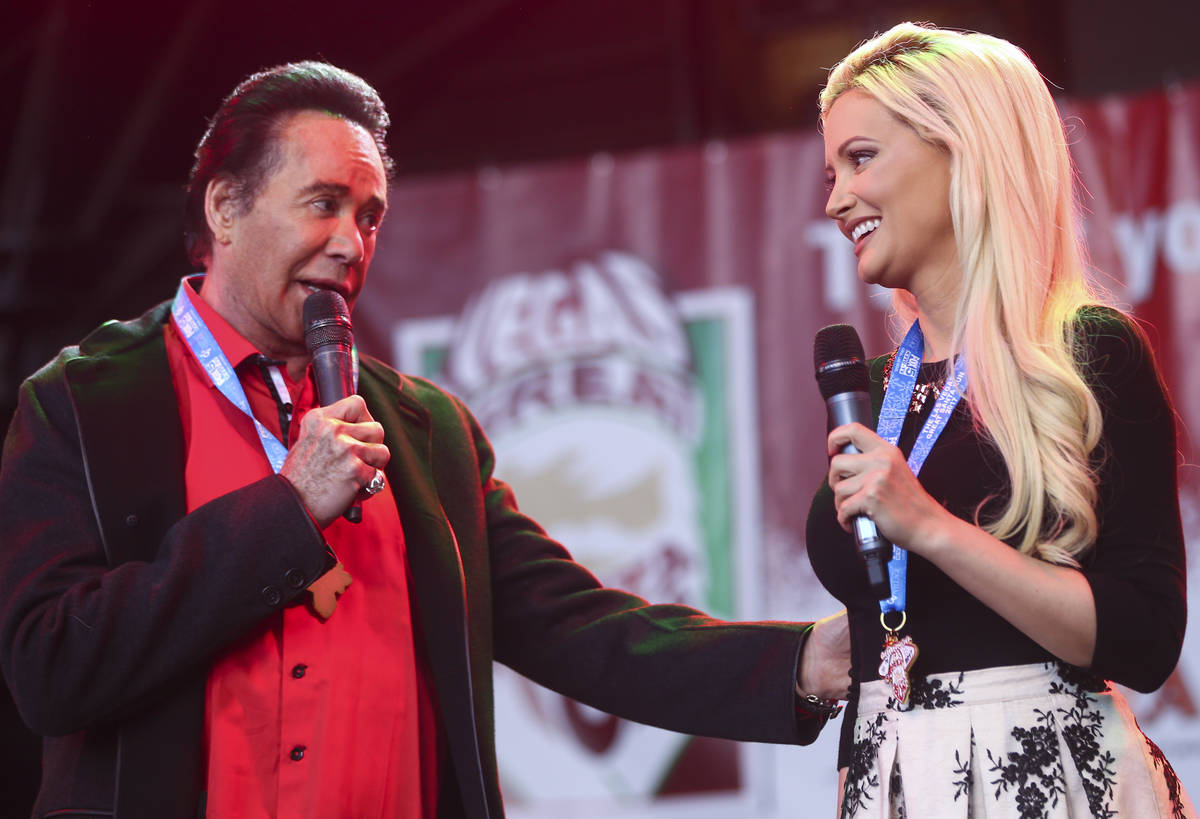 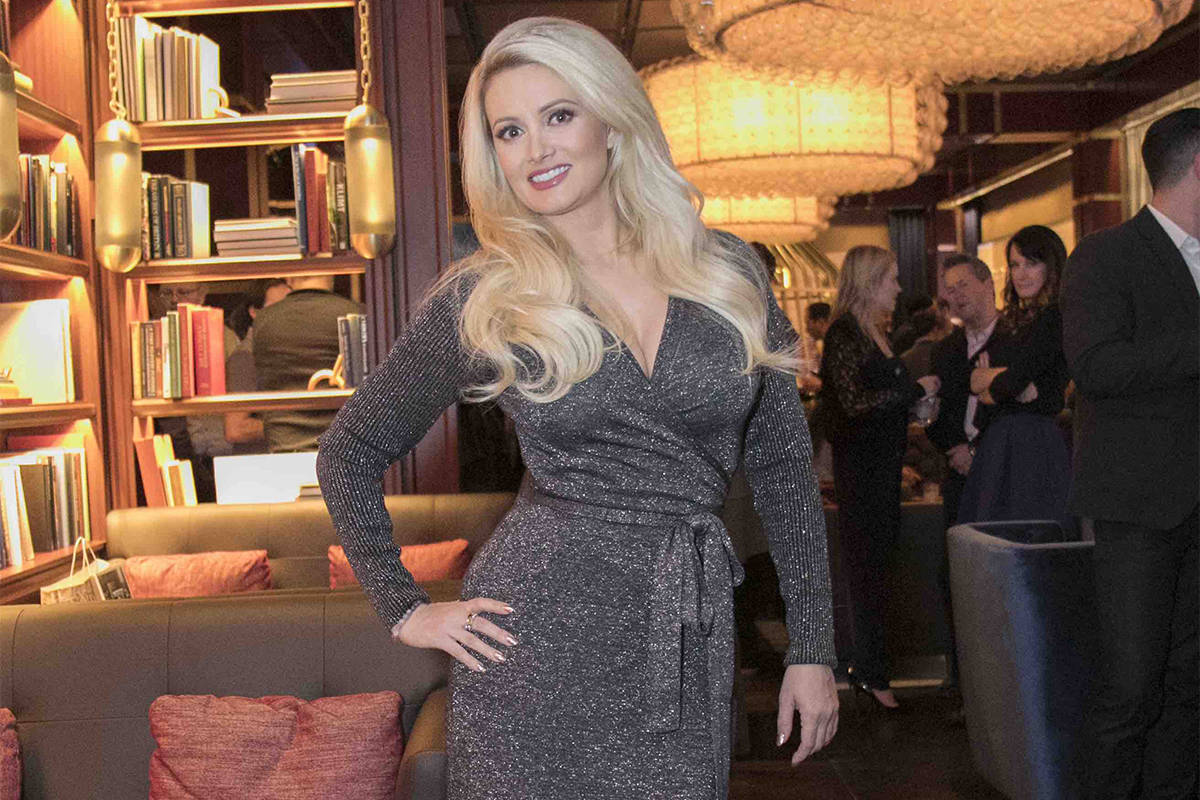 Madison is fine with that.

Her memoir “Down The Rabbit Hole” is being developed by Sony on what is envisioned as a short TV series. Weaving, who won a Screen Actors Guild Award for her role in”Three Billboards Outside Ebbing, Missouri,” plays the role of Madison in an adaptation of her 2015 memoir.

Madison posted on Instagram on Saturday, “I couldn’t be more thrilled with this casting” under an image of a report about the project from The Hollywood Reporter. She declined further comment, waiting until the project moves forward. No network has yet partnered in the project.

“Rabbit Hole” covers Madison’s time at the Playboy Mansion, just before she moved to Las Vegas, when she was a central figure in “The Girl Next Door” E! series. Madison became Hugh Hefner’s primary girlfriend in the show, which aired from 2005-2010 and co-starred Bridget Marquardt and Kendra Wilkinson.

Madison recently has been dating “Ghost Adventures” star and Haunted Museum proprietor Zak Bagans. The former Playboy model and stage performer moved to Las Vegas in 2009, just as the series closed out, to star in “Peep Show” at Planet Hollywood. She was the star attraction through 2012.

In 2013, Madison married and started a family with Insomniac and Electric Daisy Carnival Pasquale Rotella. The couple divorced in February 2019 after a little more than five years of marriage.

Madison was also fronted the 1923 Bourbon & Burlesque hideaway at Mandalay Bay in 2014. For a time, she expanded her stage chops as a singer, joining “Million Dollar Quartet” for a spin through “The Lady Loves Me” from “Viva Las Vegas.”

In recent years, the 41-year-old Madison has focused on family and writing. Her “Vegas Diary” followed “Rabbit Hole” in 2016. Her first book, “Confessions of a Showgirl” was issued in 2011.