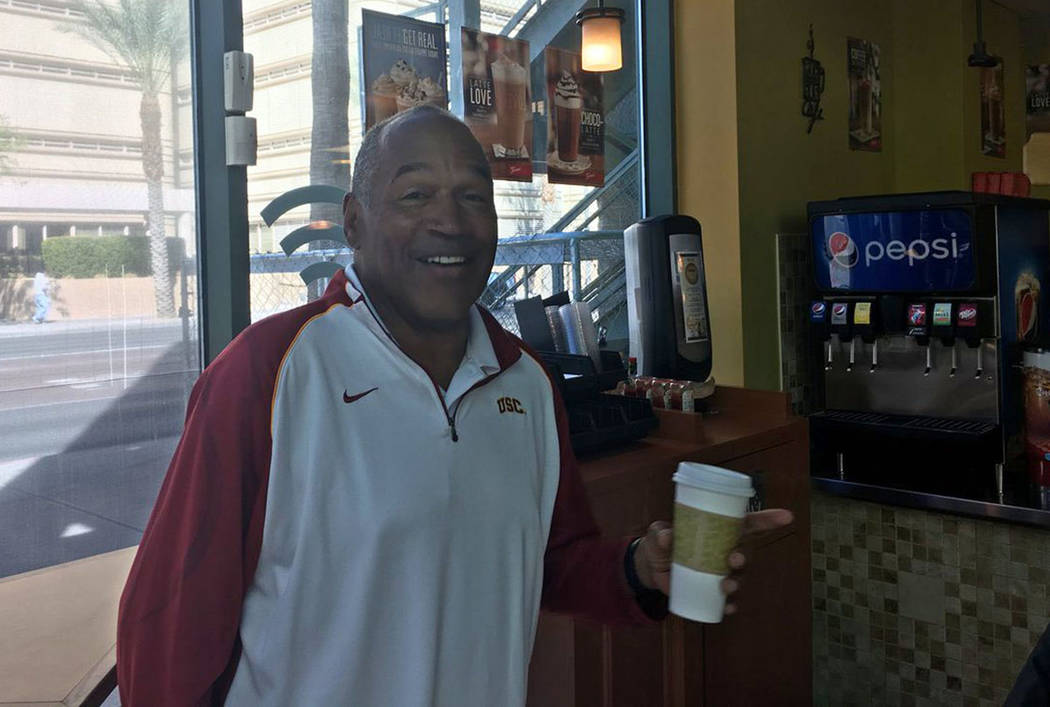 O.J. Simpson after breakfast, pancakes and coffee, with his lawyer at a cafe across the street from the Las Vegas courthouse in Las Vegas, Friday, March 9, 2018. David Ferrara Las Vegas Review-Journal 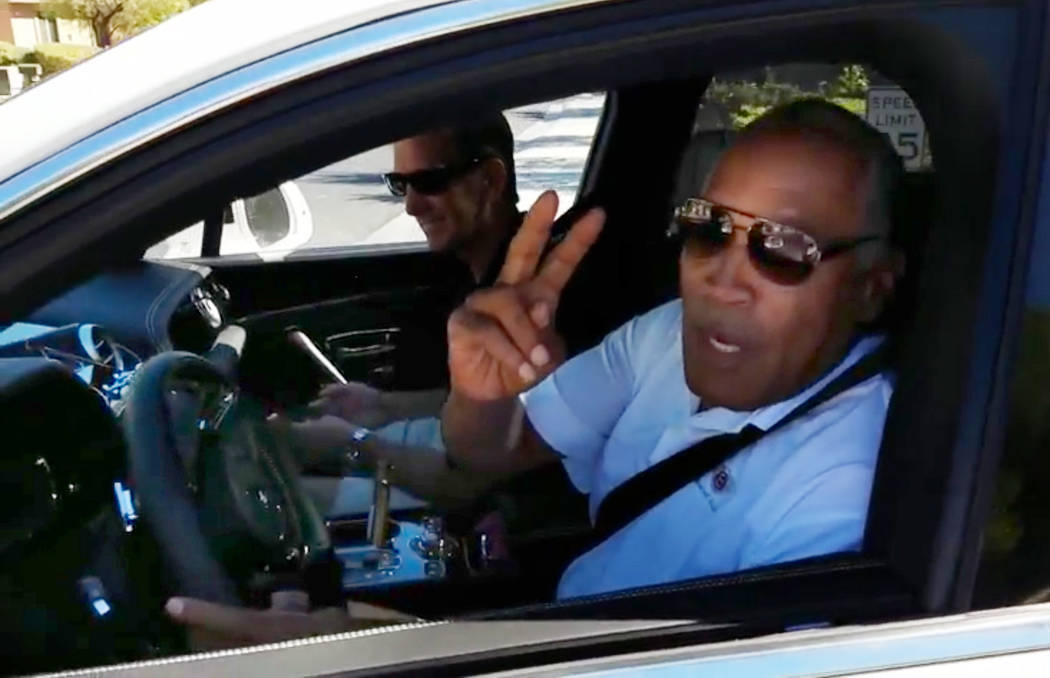 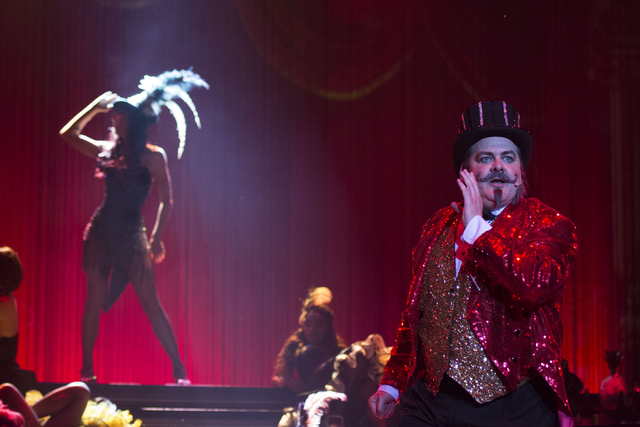 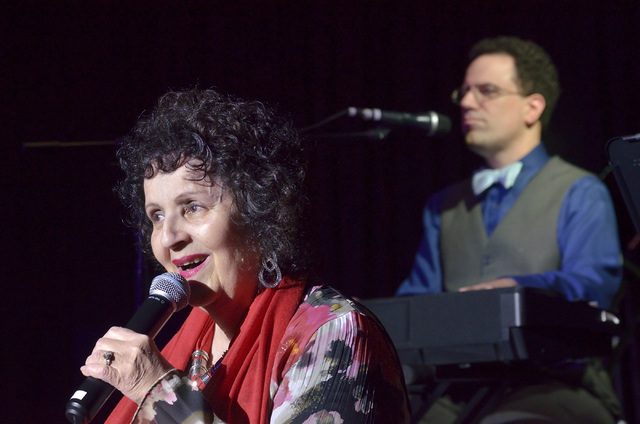 Rita Davidsen sings as her son Kenny Davidsen plays piano at the TSpot Lounge in the Tuscany hotel-casino at 255 E. Flamingo Road in Las Vegas on Tuesday, Sept. 9, 2014. Rita often sits in with Kenny and his band during "Kenny Davidsen's Bow Tie Cabaret" at the lounge. (Bill Hughes/Las Vegas Review-Journal) 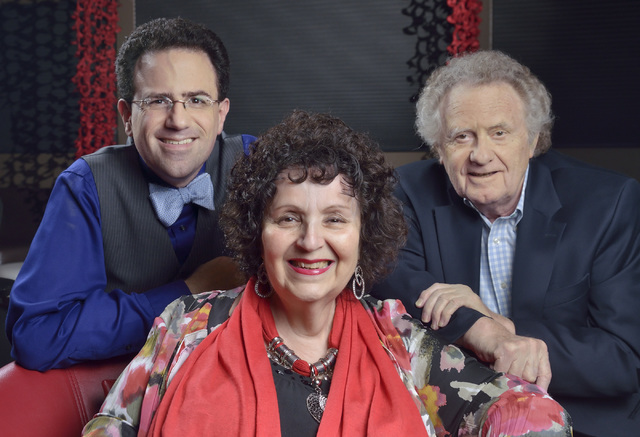 Kenny Davidsen, left, is shown with his parents Rita and Kurt Davidsen at the TSpot Lounge in the Tuscany hotel-casino at 255 E. Flamingo Road in Las Vegas on Tuesday, Sept. 9, 2014. Rita often sits in with Kenny and his band during "Kenny Davidsen's Bow Tie Cabaret" at the lounge. (Bill Hughes/Las Vegas Review-Journal)

“I consider this the No Hate Zone of America,” Simpson said during an interview with the Buffalo News published Friday. “Everybody here seems to love their life. The Summerlin area is so positive.”

Simpson reportedly still lives just off the second hole of Red Rock Country Club in a 5,000-square-foot home owned by Simpson’s friend of more than 20 years, venture capitalist James Barnett. Simpson has lived in Red Rock since Oct. 1, when he was released from Lovelock Correctional Center after serving nine years for armed robbery after he attempted to reclaim sports memorabilia from a hotel room at Palace Station in 2007.

The extensive interview, covering three hours, was conducted Monday and is posted as a series on the Buffalo News website. The author is veteran sports journalist Tim Graham, who covers the Buffalo Bills (and who also worked for the Las Vegas Sun in the 1990s). The agreed-upon ground rules were no video, no sensationalized pre-publicity for the interview and that questions be restricted to Simpson’s playing career.

Thus, there were no direct questions about the disgraced former NFL star’s role in the 1994 murders of his ex-wife, Nicole Brown Simpson and her friend Ronald Goldman. But Simpson does obliquely refer to the murders and 1995 criminal case just after Fox aired a 2006 interview titled “If I Did It” last Sunday to promote the book of the same name.

Simpson seems to hypothetically refer to the murders as if he committed the acts, for which he was tried and acquitted. He says to his friend and former Bills defensive end Sherman White, who calls Simpson during Monday’s interview, “Listen, if I confessed 12 years ago, you would have heard about it 12 years ago!”

Simpson’s counsel is pursuing legal action against the Cosmopolitan of Las Vegas for the well-publicized incident at the casino in November. He was reportedly escorted off the property for being drunk and disorderly (an account he disputes, adding that tests for drugs and alcohol in his system have come back negative).

Simpson still hits the scene, through. Matching Instagram posts from the NFL playoffs, Simpson was spotted hanging at the Buffalo Bills’ bar Moon Doggies Bar & Grill on Jan. 7 as the Bills lost to the Baltimore Ravens. He wore a replica No. 25 jersey of running back LeSean McCoy, an ardent fan of Simpson’s running style. Simpson also has been seen frequently in Summerlin and surrounding areas, at Wahoo’s Fish Tacos at Boca Park, Grape Street Cafe and Wine Bar in Downtown Summerlin, and at La Casa Cigars & Lounge, where three weeks ago he randomly happened upon a “guy’s night out” cigar confab organized by Planet Hollywood magician Murray Sawchuck.

Simpson tells the Buffalo publication he plans to live in Las Vegas indefinitely.

“I have no plans to leave any time soon, and my kids love coming here. My daughter came in for the second time from Florida and stayed five weeks,” he says. “My son is coming for the third time from Florida. They love visiting me here, and you always get old friends with noooo problem, coming to Las Vegas.”

Aside from the Broadway-caliber performances, “Baz” is known for (spoiler alert!) its uniformly fatal closing segment. But those who track such stats report 3,000 on-stage kisses in its 500-show history at Palazzo, and 75 uses of the word “love.”

On the topic of anniversaries, the topless revue “X Country” celebrated No. 2 at Harrah’s Cabaret on Tuesday night. It was the send-off, at least temporarily, for cast member Chloe Vashaw, who has been hired to perform in Moulin Rouge in Paris for the next six months.

Close observers to the performance notice a locket worn by cast member Olivia Franz in her stripper-pole number. The photo inside is of Angela Stabile, who founded show producer Stabile Productions with her husband, Matt Stabile. The shot is of Angela in her days at “Crazy Girls” at the Riviera, where she was an original cast member — and took copious notes about how to stage her own show one day.

And a biggie, as piano great and accomplished sports bettor Kenny Davidsen celebrates his fifth anniversary at 8:30 Sunday night at Copa Room at Tuscany Suites. I do recall when Davidsen launched his “BowTie Cabaret” nights at what was then known as T-Spot lounge. His success is a testament to strong word-of-mouth accounts across VegasVille.