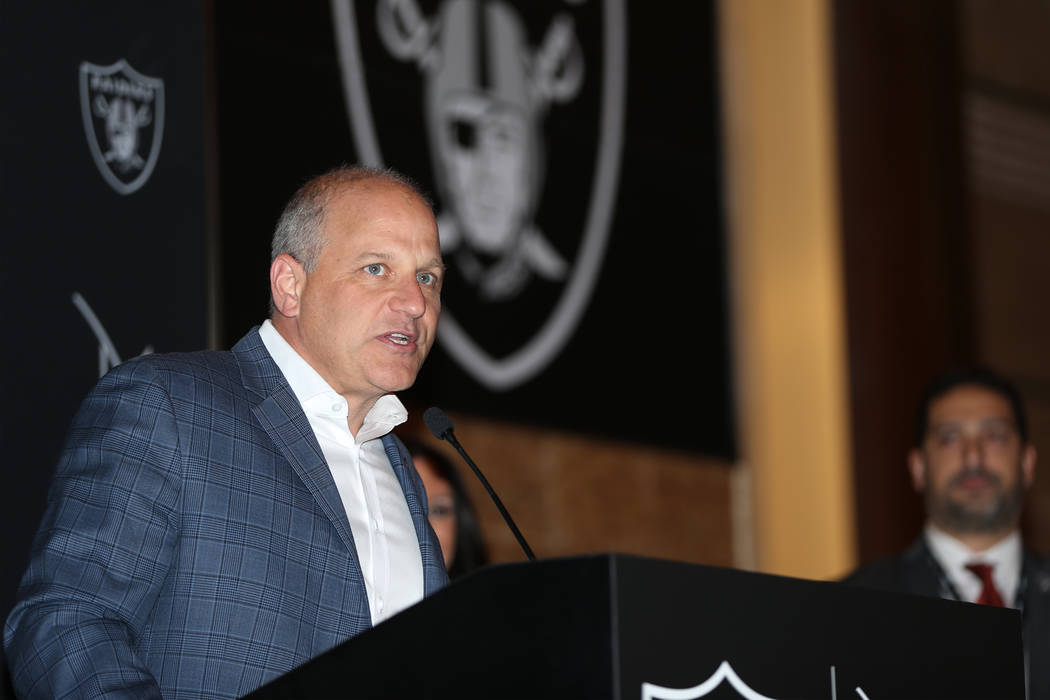 When the Raiders relocate to Las Vegas next year, fans hungry for action will be able to satisfy another kind of hunger while feeling right at home.

Wednesday, the team and Henderson’s M Resort announced that the Raiders Bar & Grill will be part of the hotel-casino’s new role as the Official Team Headquarters Hotel.

In an interview Wednesday, M Resort general manager Hussain Mahrous said plans for the new restaurant are in preliminary stages, with the concept, menu and even the final name to be determined. He did say, though, that it will be staffed by the resort’s culinary team, will be open 24/7 and will be in a new space at the M.

“It’ll be a great place to watch the Raiders,” Mahrous said of the restaurant, scheduled to open before the beginning of the next NFL season.

During the press conference that followed, Mahrous said the guest experience would be “elevated from going to a Raider game to being part of the Raiders family.”

“You want the best of everything for the team,” he said.

In addition to the M’s own eight restaurants, players and fans will have easy access to the burgeoning culinary offerings in nearby Southern Highlands and along St. Rose Parkway. And continuing work on I-15 will hopefully make a little easier their commute to Allegiant Stadium.