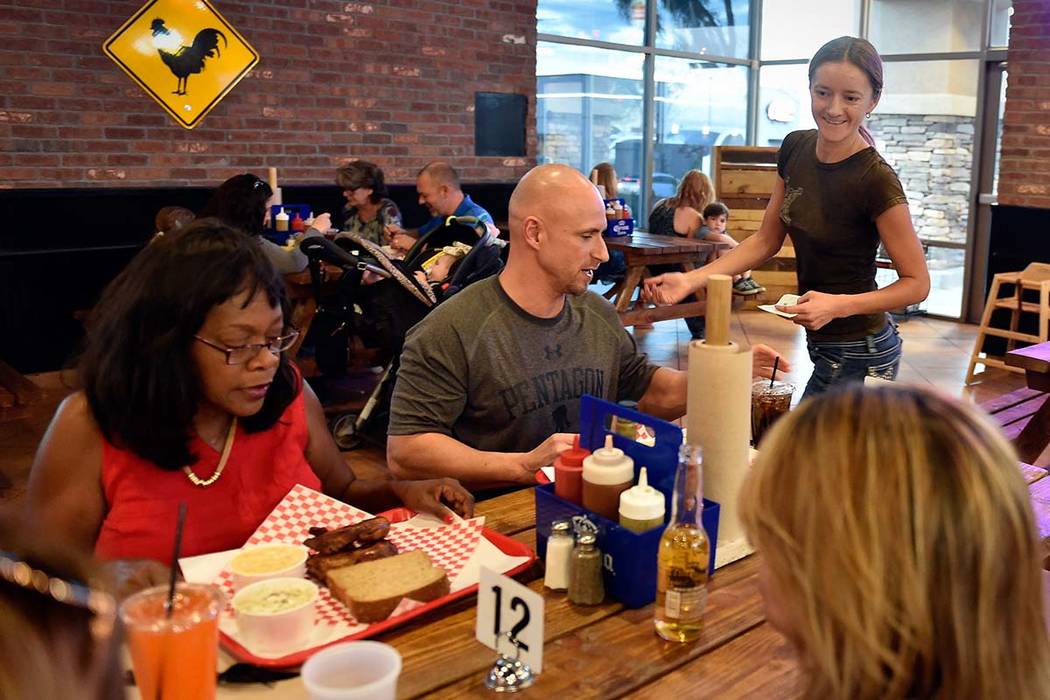 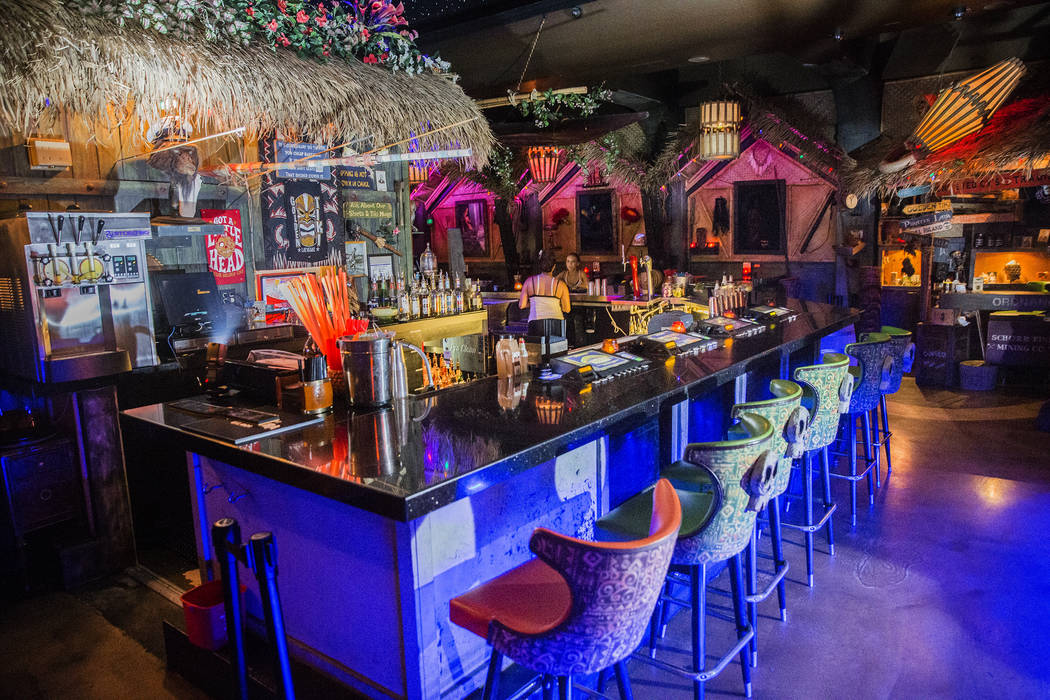 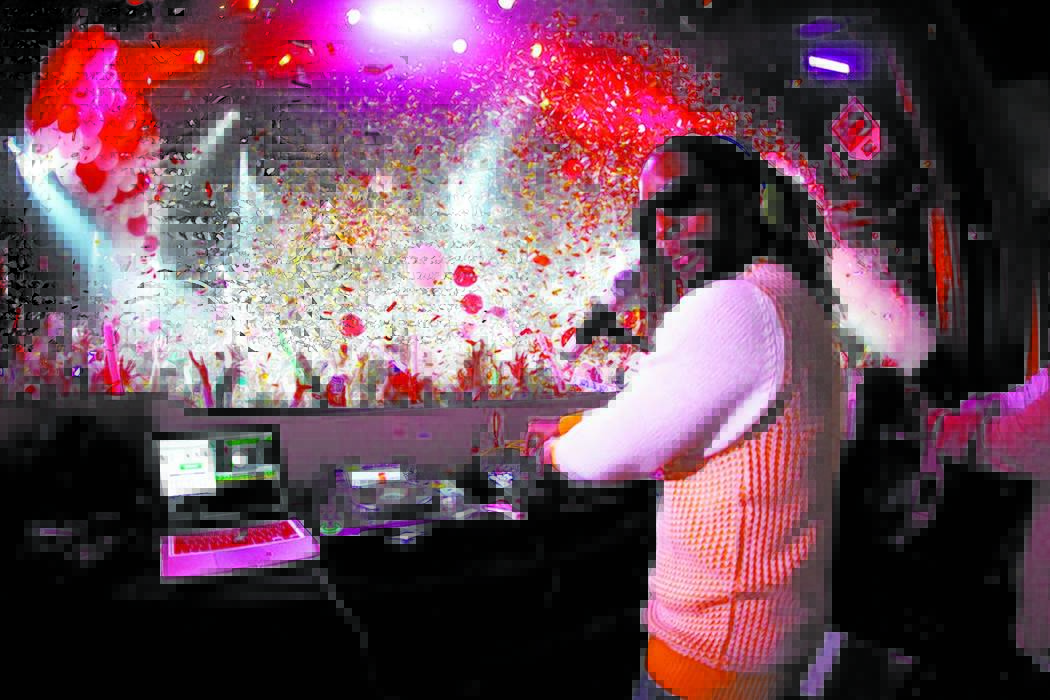 Henderson’s Big B’s Texas BBQ is expanding to the west side. Husband-and-wife owners Brian Buechner and Natalia Badzjo plan to open in early August in the space at 6115 Fort Apache Road that had been Andre’s Bistro and Bar and, before that, the original DW Bistro. “We have a lot of customers who drive all the way across town right now and they were asking us to open closer to the north side,” Badzjo said. “I know this isn’t north, but it’s definitely closer.” Their signature barbecue is smoked with wood they ship in from Texas.

Able Baker Brewing is moving to Main Street, between Utah and Wyoming avenues in the Arts District, with construction underway on a 7,500-square-foot facility. In addition to becoming home to the brewing operation, the space will include a public tap room with seating for about 150, 33 tap handles, dining and a small stage for entertainment. “Our core theme is that classic atomic era of Las Vegas from 1942 to 1958, and that just really fits with the Arts District,” said Able Baker owner James Manos, whose company is named for the first two atomic bombs detonated at the former Nevada Test Site. “There’s some atomic imagery being used in the area already by other locations, and it’s near areas where, back in the day, people would gather to watch the Atomic bomb explosions.” Look for a mid-summer opening.

Vegas Unstripped, the off-Strip, affordable counter-programming in the Arts District to the high-profile Vegas Uncork’d on the Strip, has announced the cocktail lineup and charitable partner for the May 11 event. Bartenders from Herbs and Rye, Sand Dollar, Starboard Tack, Jammyland, The Golden Tiki and Velveteen Rabbit will be pouring drinks, and a portion of the proceeds from the $75 all-inclusive tickets will go to the Las Vegas homeless outreach program Caridad for getting homeless veterans involved with a new urban farming project. Other new additions to the festival, which will feature food from 19 of Las Vegas’ top neighborhood chefs, are entertainment by local artists The Rhyolite Sound and Mike Xavier and promotional art by Recycled Propaganda. Get tickets and details at vegasunstripped.com.

Five former Putters bars in the valley are undergoing renovations to become new locations of Distill. Openings are expected by Friday.

Michael Symon is the latest chef to throw his hat into the Sunday brunch ring. Symon’s Mabel’s BBQ at the Palms has launched a Bluegrass Brunch from 11:30 a.m. to 2 p.m. The party includes a two-hour, all-you-can-eat option for $29 per person and a two-hour unlimited cocktail offer for $29. Or guests can save $10 by combining the two for $49.

The Golden Tiki at 3939 Spring Mountain Road was named one of the best tiki bars in the country by the Food Network.

Gordon Ramsay seated on the ice with rapper Lil John at T-Mobile Arena for a Vegas Golden Knights game Sunday. Unfortunately, his presence didn’t seem to help the team, who lost the game 2-1 in double overtime. Golden Knights goaltender Malcolm Subban at Beer Park at Paris Las Vegas on Saturday. Actor Ben Affleck and his crew from “Triple Frontier” having a burger at Tao Beach at The Venetian. Miss Nevada USA Tianna Tuamoheloa and Miss Nevada Teen USA Erica Bonilla at Smoked Burgers & BBQ at the Forum Shops at Caesars.