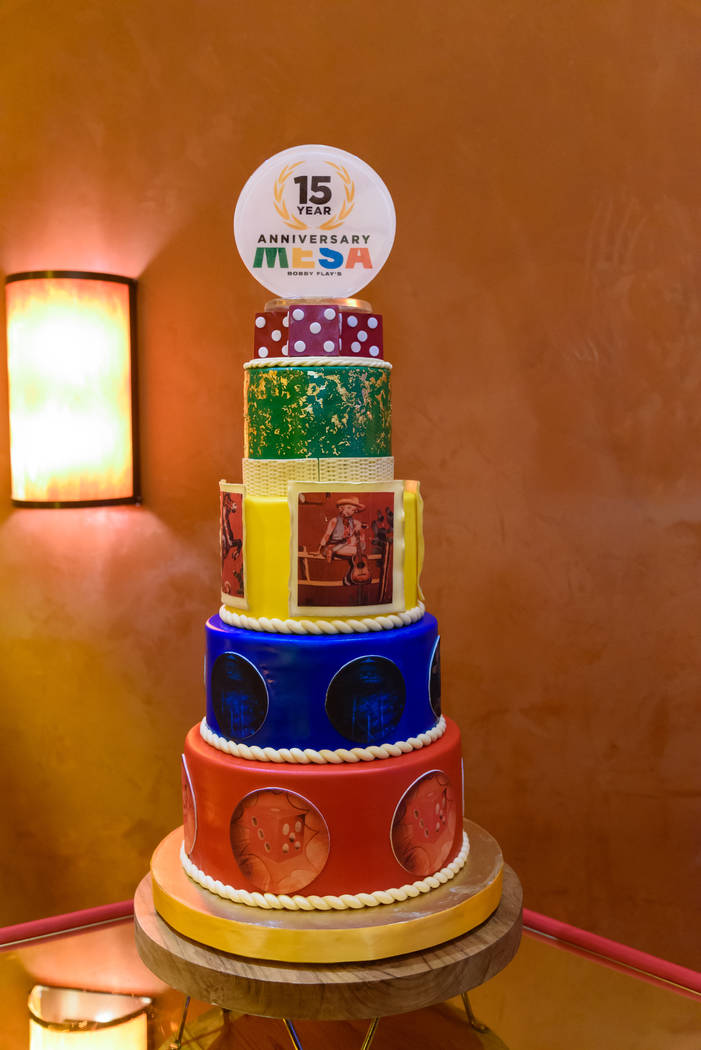 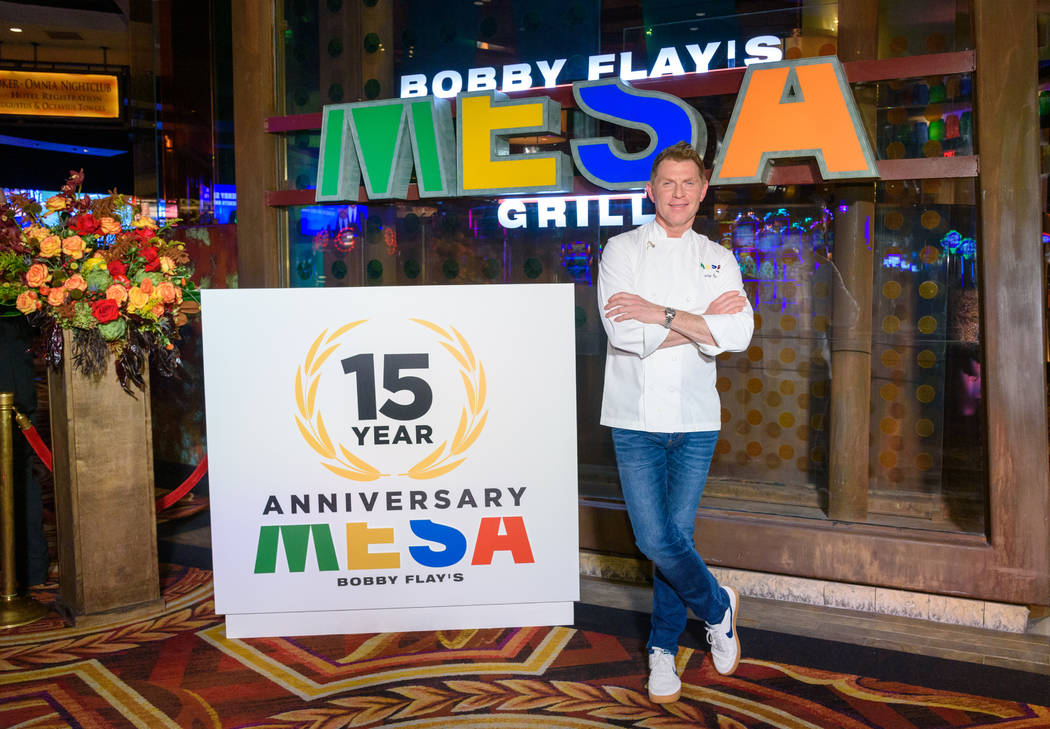 Bobby Flay was in town over the weekend to celebrate the 15th anniversary of Mesa Grill, his restaurant at Caesars Palace. (Patrick Gray)

Bobby Flay and the team at Mesa Grill threw a party at the Caesars Palace restaurant Saturday night to celebrate its 15th anniversary. Flay spoke to the crowd and thanked his team, while others spoke about him, during a 20-minute presentation. Among the highlights were an award from local food bank Three Square honoring the work Mesa Grill has done to help feed members of the Nevada community, and a video montage of tributes from some of Flay’s high-profile colleagues, including Giada De Laurentiis, Masaharu Morimoto and Jet Tila.

Speaking to the Review-Journal on Friday, Flay reflected on the fact that while there were once three Mesa Grills in his empire, Las Vegas is now the only place to experience its brand of Southwestern cuisine.

“I think that Mesa Grill is an amazing fit in Las Vegas,” Flay says of its staying power. “I just think that the food, the colors of the restaurant, the pop that this place gives, it is very much a Las Vegas restaurant. People are looking for something out of the box when they come to a place like Las Vegas. And it’s out of the box, but it’s also something that people can recognize when they sit down and taste. It’s not a cuisine that they’ve never tasted or thought of before, but there’s always a surprise here and there.”

Moreover, he says, Mesa represents who he is as a chef.

“It’s certainly my soul,” he says of the Mesa menu. “The food of this restaurant is really what helped me make my career. I’ve ridden red and green chilies my entire career. (And) even though some of my cuisines are different, Mesa Grill is the foundation of who I am. It always will be. And it’s the jumping off place for anything that I do going forward.”

To celebrate the milestone, Mesa Grill will offer a special three-course anniversary menu giving guests the choice of two appetizers and two entrees, plus a dessert, for $75 before tax and tip.