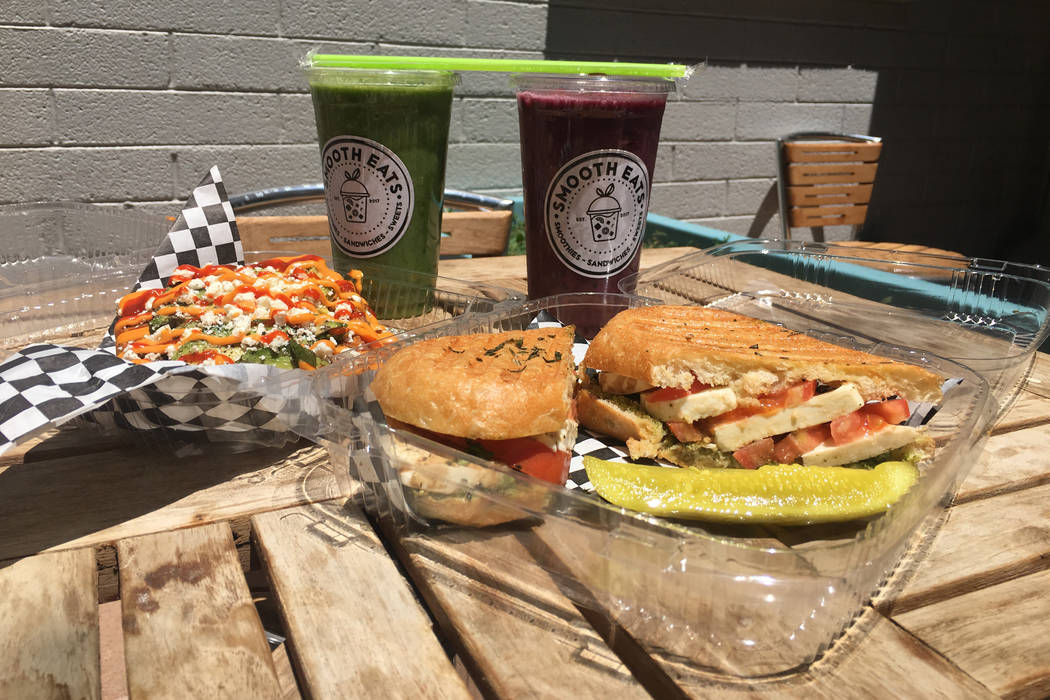 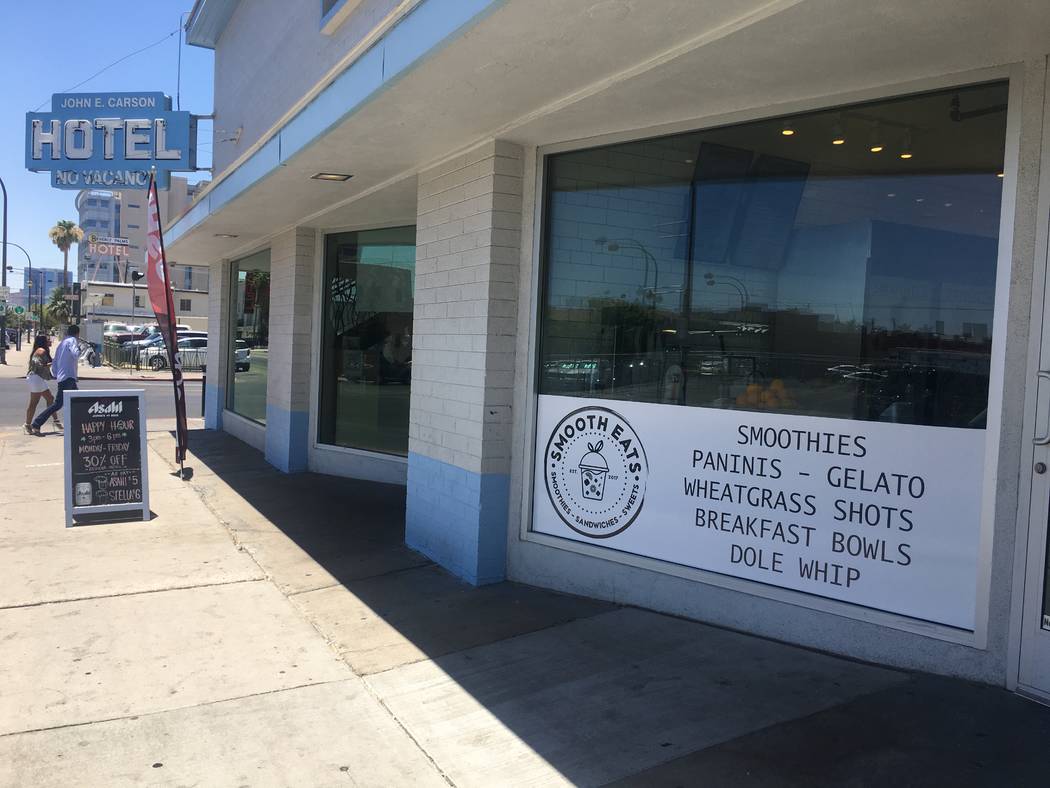 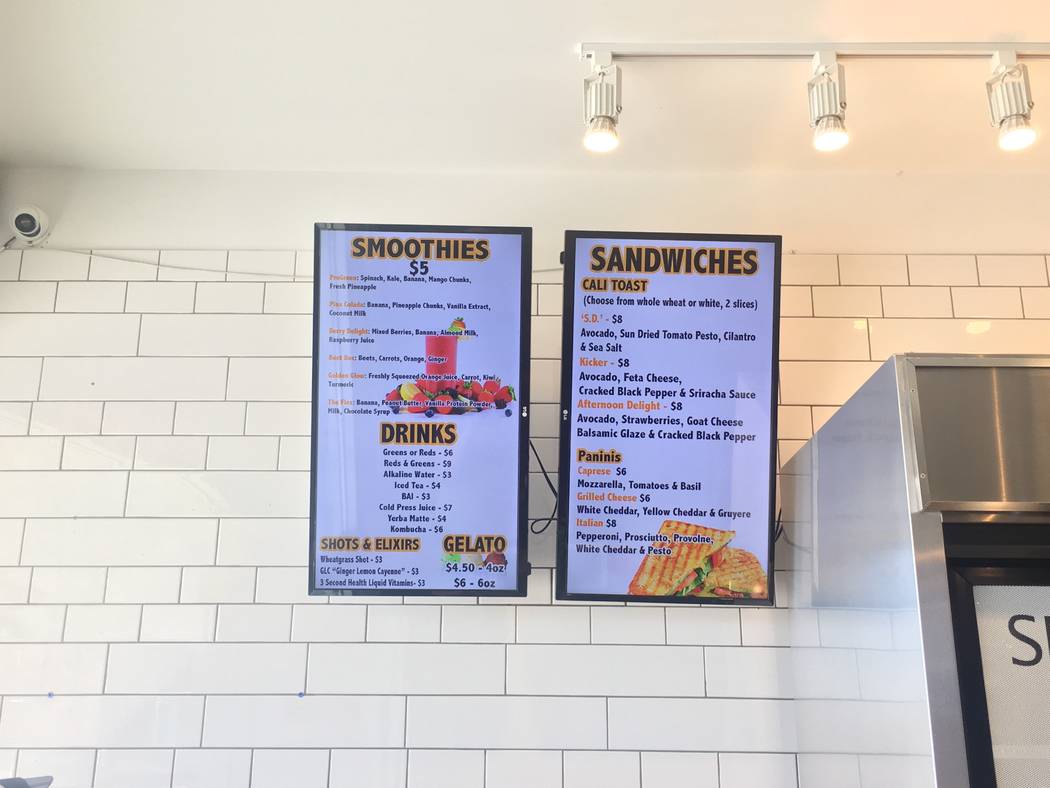 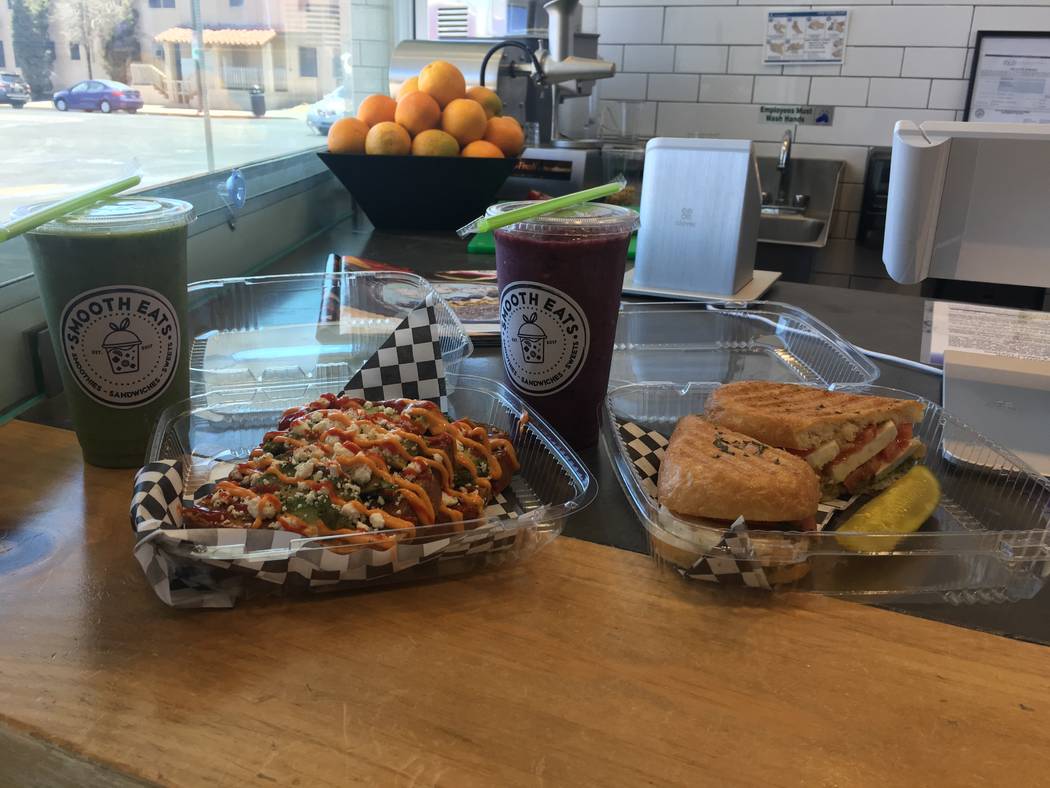 Two Bald Brothers — Mediterranean Cuisine, the motto of which is “it’s shak-shuka time,” has opened at 616 E. Carson Ave. in the space formerly occupied by Zydeco Po’Boys. In addition to that extremely trendy dish of eggs poached in a seasoned tomato mixture, it serves the expected falafel, kabobs, shawarma, Moroccan fish, hummus, tabbouleh, labne and couscous, plus more offbeat choices like crusty-roll sandwiches with schnitzel, chicken breast or hamburger.

Around the corner at 124 S. Sixth St. is the new Smooth Eats. From the owners of the hugely popular Donut Bar, with which it shares a courtyard, it serves smoothies such as the ProGreen, with spinach, banana, kale, mango and pineapple, and the Berry Delight, with mixed berries, banana, almond milk and raspberry juice, plus wheatgrass juice, alkaline water and kombucha. Smooth Eats also serves presumably less healthful choices such as Cali Toasts, paninis and gelato.

And just a block away at 616 E. Carson Ave., 7th & Carson restaurant and bar is scheduled to open Thursday in the former Glutton location. It will offer a range of such dishes as duckling pot pies, oven-baked clams with white miso, a boneless half-chicken with caraway stuffing, a grilled peach and burrata salad, flatbreads, toasts and charcuterie plates.