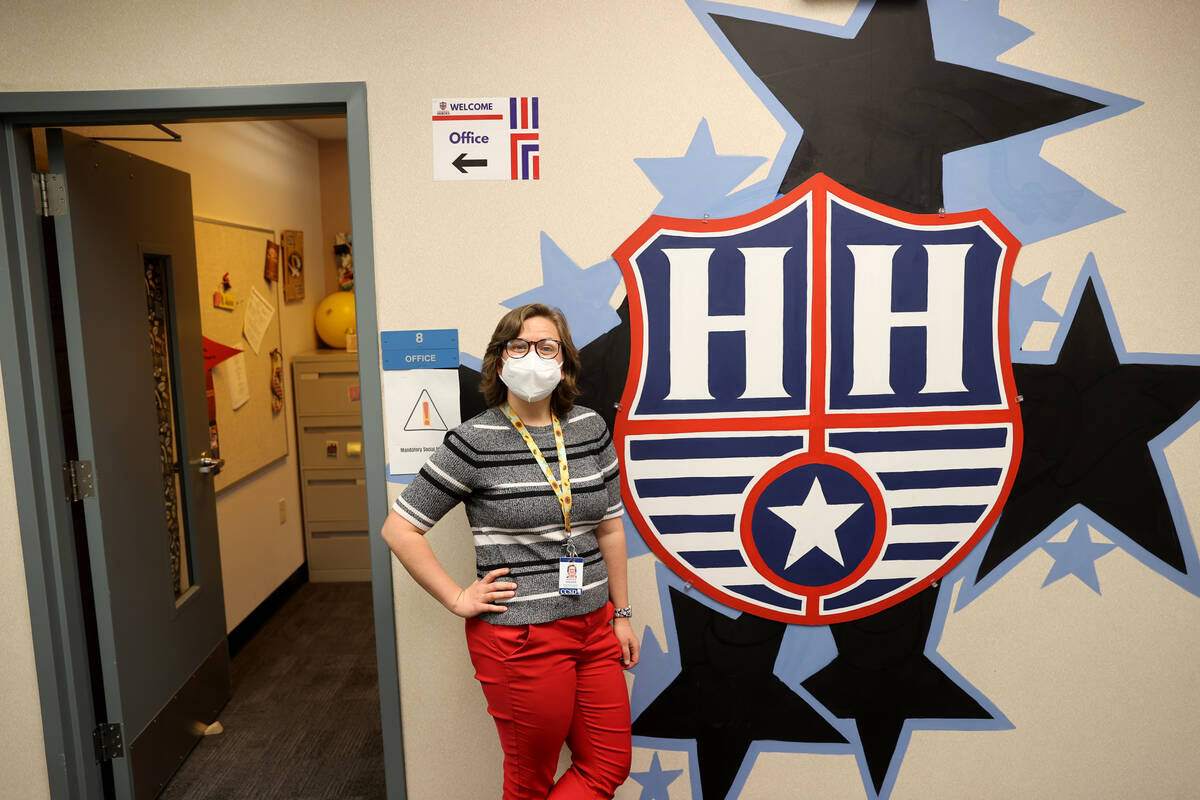 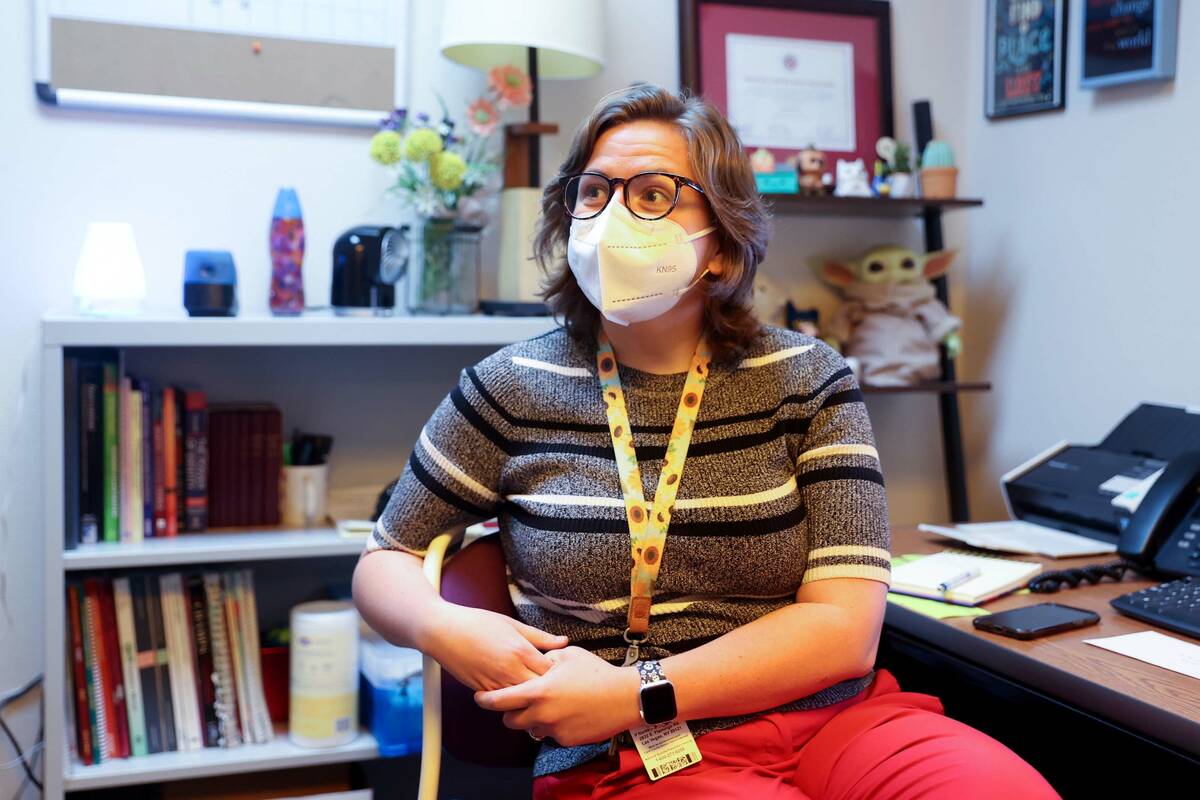 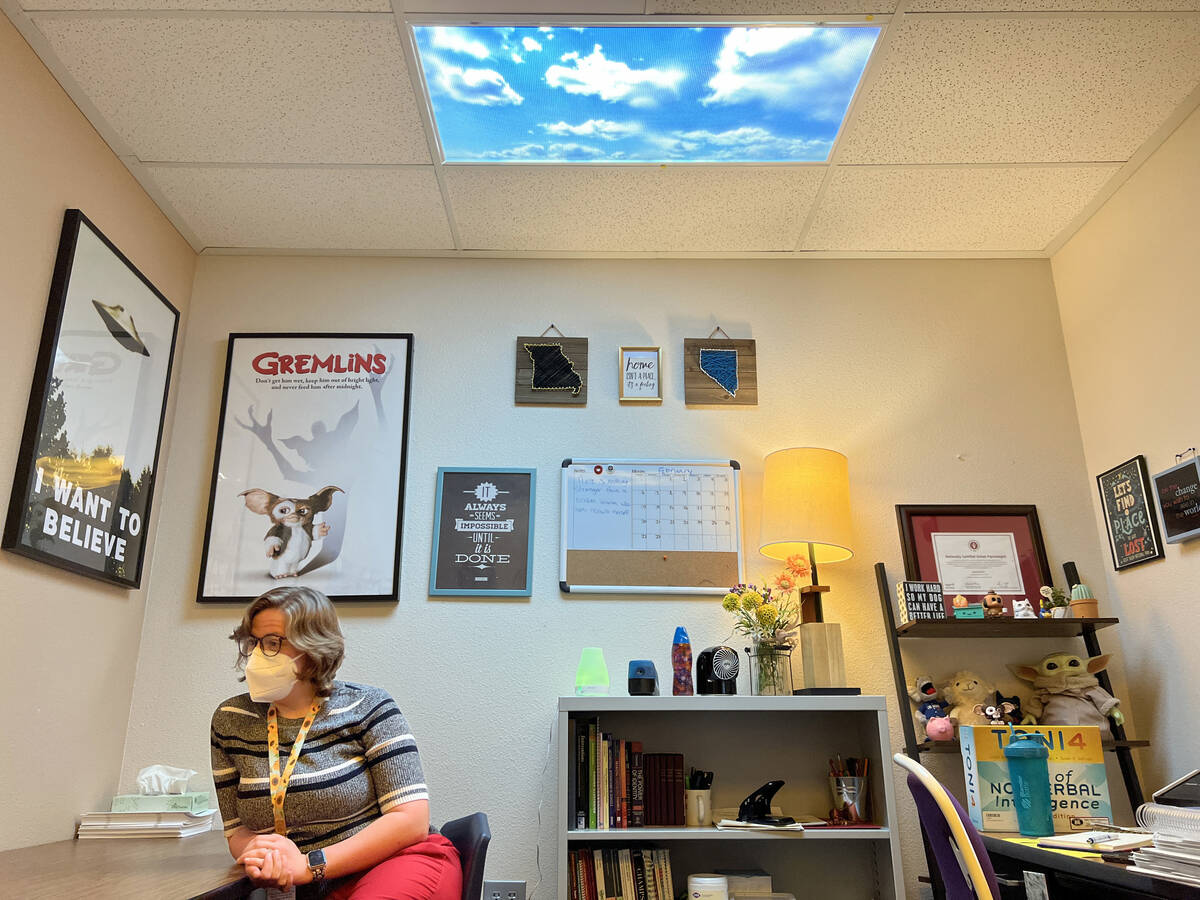 In mid-August, a teenager was arrested at Legacy High School in North Las Vegas after a loaded handgun was found in his backpack. Later that month, two juveniles were arrested after a fight involving multiple students broke out at Green Valley High in Henderson.

The next month saw a fight and gunfire in a parking lot at Desert Oasis High during a Friday night football game.

Then, in December, a juvenile was arrested for allegedly “making terroristic threats online” against Cashman Middle School, two 15-year-old boys were sent to University Medical Center after they were injured in a fistfight that led to a stabbing at Cimarron-Memorial High, and two 13-year-olds were arrested at West Prep Academy after an unloaded pistol was found at school.

After a first semester that saw an uptick in disciplinary issues among students, school leaders say problems are starting to level off now that the second semester is underway — but it’s still a concern.

The Clark County School District — which has more than 300,000 students — saw some challenges during first semester that may have been related to students readjusting to in-person classes or other COVID-19 pandemic-related impacts.

At the beginning of the school year, the district was seeing as many as “10 or 12” serious fights a week among students, said John Anzalone, an assistant superintendent for the district’s education services division.

“That started leveling off after about the first month of school,” he said.

Despite some improvement as the school year continues, “we know we’re not out of the woods yet” with the pandemic, Anzalone said, noting the district isn’t working in isolation and has partnerships with community organizations to address the situation.

Some children have felt the impact of stress triggered by the pandemic, which could include family financial struggles, the death of a loved one, a change in school routine and social isolation. And some need extra help learning skills such as conflict resolution and how to interact properly with classmates.

But last month, the district called a “five-day pause” — two canceled school days combined with a long weekend — due to severe staffing shortages amid a surge in COVID-19 cases spurred by the more contagious omicron variant. Students will make up those two days later this year.

At the beginning of the school year, the district saw more fighting, verbal threats and physical altercations on campuses, Anzalone said.

He said he thinks some youth hadn’t been in a routine and forgot how to be a face-to-face student, and that some incidents were spurred by stressors and pent-up concerns.

In some cases, animosity had built up toward peers, Anzalone said. “When you’re online for that many months, kids tend to get into cyber situations where they could be verbally abusive online.”

By the time classmates met again face-to-face, “some students didn’t have the coping or conflict resolution strategies to approach that in a responsible way,” he said.

The district acted immediately to address concerns and worked with school staff — including counselors and social workers — on mitigation strategies, Anzalone said.

“We tried to be as proactive as we could so that these upticks in these violent behaviors didn’t continue into the new year and the new semester,” he said.

The district resumed random weapons searches at high schools this school year — something that has been done in the past. Schools are selected at random, usually three at a time, using a computerized system, Anzalone said.

Additionally, five officers are undergoing training through “Law Enforcement Against Drugs & Violence” and a pilot program is slated to roll out after that. The department is also looking to pilot an elementary school safety program called “Rocket Rules.”

The district is working with school principals to schedule those town halls, which include student, employee, police and outside mediators discussing stressors happening inside and outside of school. Students also provide their thoughts about what adults could do better to help, Anzalone said.

The first session was in November at Cheyenne High, and sessions were also scheduled in January at Sedway Middle School and Canyon Springs High. All three schools are in North Las Vegas.

There are four additional schools where the district would like to schedule town halls between January and March, Anzalone said.

Eight to 10 students are selected to participate in each session — typically, a combination of student leaders and students who’ve struggled with behaviors in the past, including those who’ve maybe been suspended but not expelled, he said. “They’re going to have very different perspectives.”

For students who’ve seen the school principal or worked with a social worker, “sometimes, they can tell you the honest truth of what’s happening,” Anzalone said.

The school district saw an increase in the number of weapons seized on school campuses this fall compared with the pre-pandemic fall 2019 semester. That’s according to district firearms confiscation reports the Review-Journal obtained through a public records request.

This fall, the number of students who received a citation from school police also increased.

Only 35 students were issued a citation during those dates in 2020, when distance learning was underway.

But despite the increase in citations this fall, fewer students were arrested.

A total of 178 students were arrested by school district police from Aug. 9 through the end of November — significantly fewer than pre-pandemic, with 317 students arrested during the time period in 2019 and 235 in 2018.

The number of arrests dropped off substantially in 2020 during distance learning, with only eight.

One possible explanation behind the drop in arrests this fall: the district’s school justice partnership, which has seen an increase in referrals.

The goal of the partnership is to keep children who have a minor infraction out of the juvenile justice system. Instead, discipline is handled within a student’s school.

“We’re seeing some positive effects of the program and we hope this continues on,” Zink said.

School police officers still have discretion on misdemeanor offenses in terms of whether to pursue charges, he said. And if a victim or a victim’s parents want to press charges, the police department will push that through the juvenile court system, he added.

In response to a Review-Journal request, the district said it couldn’t provide student suspension and expulsion data for this fall or the number of student disciplinary issues when a school police officer responded.

The Nevada Report Card website, compiled by the Nevada Department of Education, has suspension and expulsion data for entire school years, but not for the current one since it’s still underway.

Jessica Shearin, president of the Nevada Association of School Psychologists, said her colleagues in Clark County and other states are saying similar things about the situation.

The volume of behavioral concerns that school staff and educators are encountering is not necessarily something they were prepared to handle, she said.

Whether the situation has improved at this point in the school year is entirely dependent on systems put in place at individual schools, said Shearin, who’s a school psychologist at two elementary schools in the Clark County School District.

She said two of the biggest things she has seen this school year is disruptive behavior — such as students getting up during class and calling out instead of raising their hand — and social delays in terms of how they’re interacting with their peers.

Many factors play into the increase, Shearin said. “Obviously, we can’t determine a cause of it.”

But she said she thinks there’s “definitely a pretty strong correlation” to the pandemic and previous use of distance education.

“I think the best way that I can describe it is that kids are kind of out of practice with interacting with each other,” Shearin said.

For children who are still learning in general how to interact with each other, a year without that practice during distance learning was a disadvantage, she said, and now schools are seeing some with huge delays in age-appropriate skills.

Another factor: Particularly with the recent increase in COVID-19 case numbers due to the omicron variant, a lot of employees are absent, Shearin said, and students are seeing substitute teachers or different teachers more frequently.

“Kids need consistency and there’s just not a lot of that right now,” she said.

If students don’t meet those, that means providing additional intervention, including checking in regularly, setting goals and rewarding progress, Shearin said. If more intensive help is needed, that could include small group instruction with school mental health professionals.

The school is reteaching students the basic skills of social interaction at a later age due to the pandemic and children missing out on in-person instruction while distance learning was underway, she said.

“All students missed time socializing and interacting with multiple people,” Hale said in an email to the Review-Journal. That has resulted in a hole in maturity, social-emotional well-being and peer interactions, she added.

The school is also using a “multitier system of support” to identify groups of students who need more attention during the day, she said.

And it has added support through teacher mentors in nearly every grade level, Hale said, “to focus on instruction and making students feel successful back in an educational environment.”