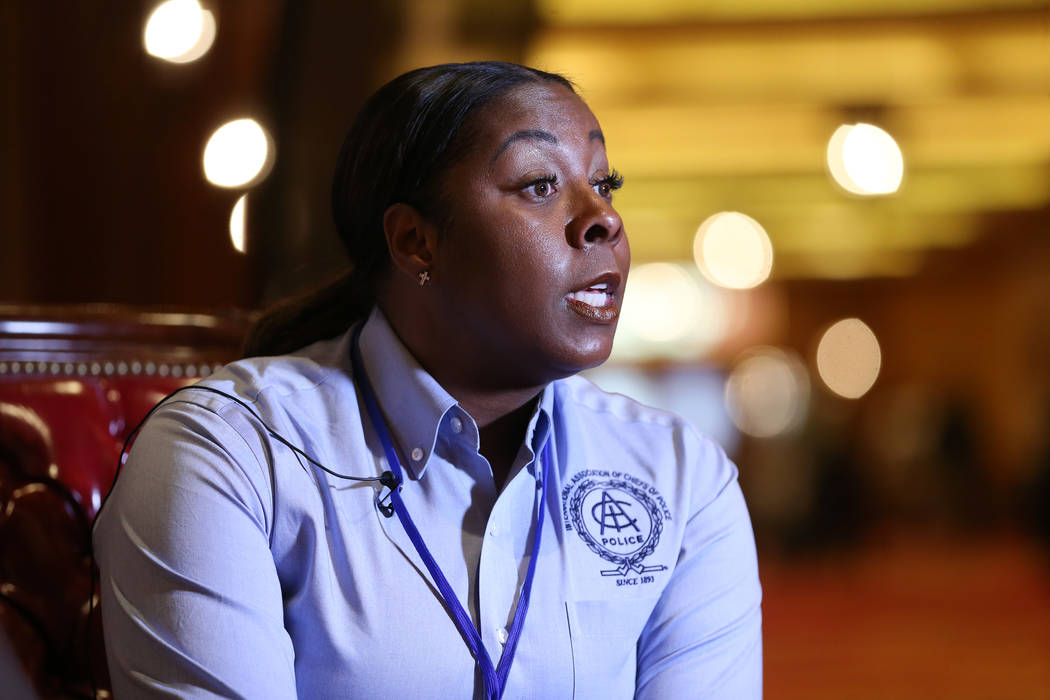 Former Henderson Police Chief LaTesha Watson claims in a complaint with a state commission that the city discriminated against her because she is a black woman.

She also claims Henderson did not investigate a racist website she reported. And her own officers, she alleges, posted disparaging remarks and a racial slur about her.

Watson filed the complaint in September with the Nevada Equal Rights Commission, which works with the federal Equal Employment Opportunity Commission on discrimination claims. Watson did not return a reporter’s phone calls seeking comment and her attorney, Marc Cook, declined to comment during an ongoing investigation.

In a statement, Henderson spokeswoman Kathleen Richards said many claims referenced in the complaint were already investigated and determined to be unfounded by a third party.

“We are confident that any further investigation conducted by the Nevada Equal Rights Commission will reach the same conclusion and that Ms. Watson’s claim is without merit,” Richards said.

Watson claims she faced pushback for disciplining at least seven police officers “for integrity issues and for moral turpitude.” She said City Attorney Nicholas Vaskov and her boss, Deputy City Manager Bristol Ellington, requested that she overturn the terminations and suspensions.

She claims Ellington harassed her, retaliated against her and changed the terms and conditions of her employment because she is a black woman.

Ellington, who is also black, said the accusations are unfounded and the city attorney’s office is in the process of responding to the complaint.

The ex-chief alleges a former union president referred to her by a racist, sexist slur and advocated for filing complaints against her. Watson further claims she faced frivolous complaints by Henderson police officers and their union.

Throughout her employment with Henderson, Watson faced several complaints that were investigated by an outside firm.

She also claims a white Henderson employee faced similar complaints, but unlike Watson, did not face an independent investigation. No one ever filed a complaint against that employee, the city said.

The former chief says she filed a discrimination complaint with Vaskov on April 8 — three days before she was fired. She claims her firing was out of retaliation.

“We don’t have any record that she submitted a complaint,” Richards said.

Watson is seeking back pay of more than $17,000 per month since her April 11 firing. She is also seeking compensatory damages for moving expenses and medical costs.

Henderson placed Watson on leave in March, days after an independent investigator recommended officials seriously consider firing her. The city gave her three weeks to sign a separation agreement.

Under the agreement, she would have resigned and received more than $24,000 for paid time off. The contract would have barred her from making any claims against Henderson, and contained a non-disparagement clause that would have allowed the city to fine Watson $5,000 for each violation.

The city later fired her for multiple reasons, including having a strained relationship with the police unions and being uncooperative with a independent investigator.