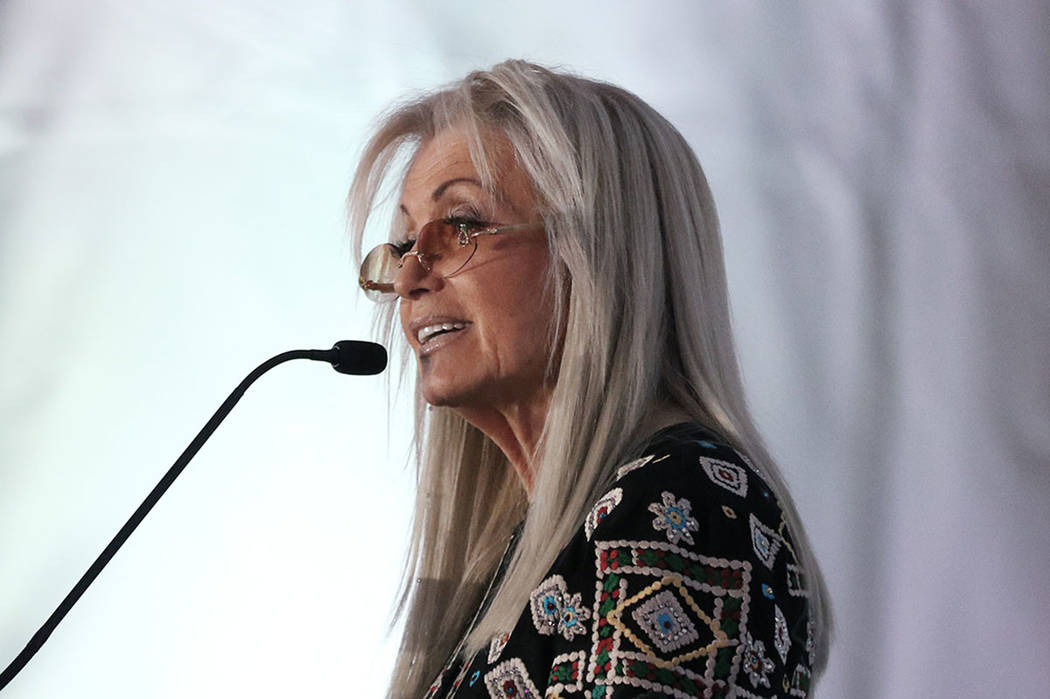 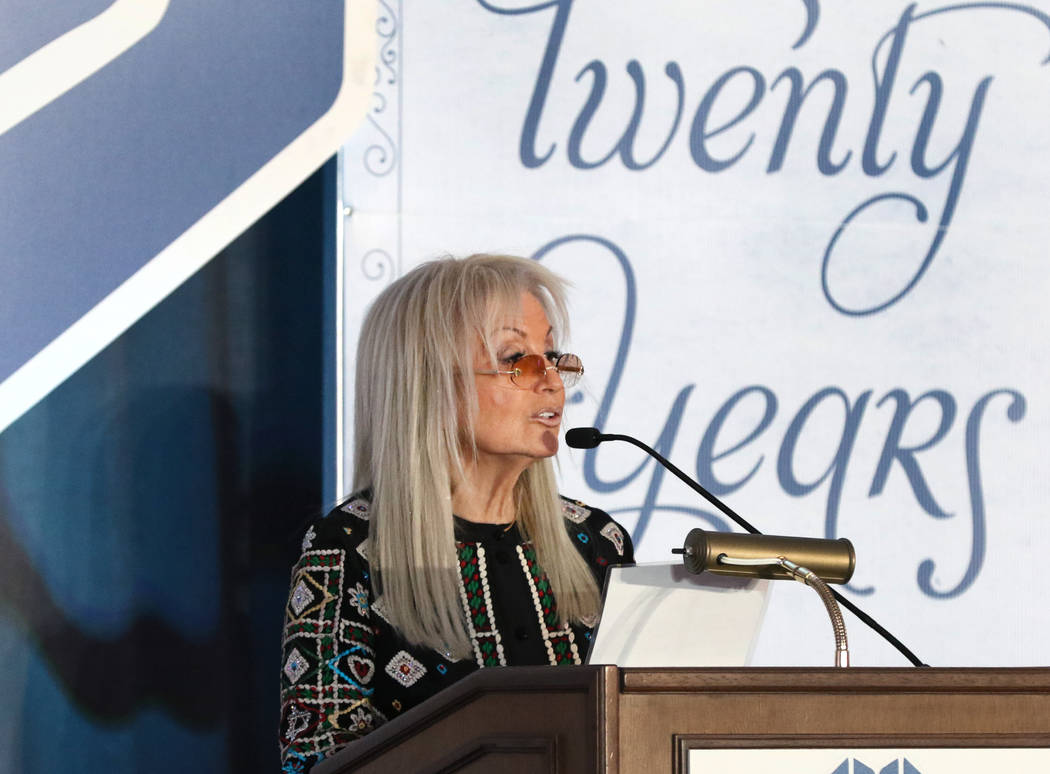 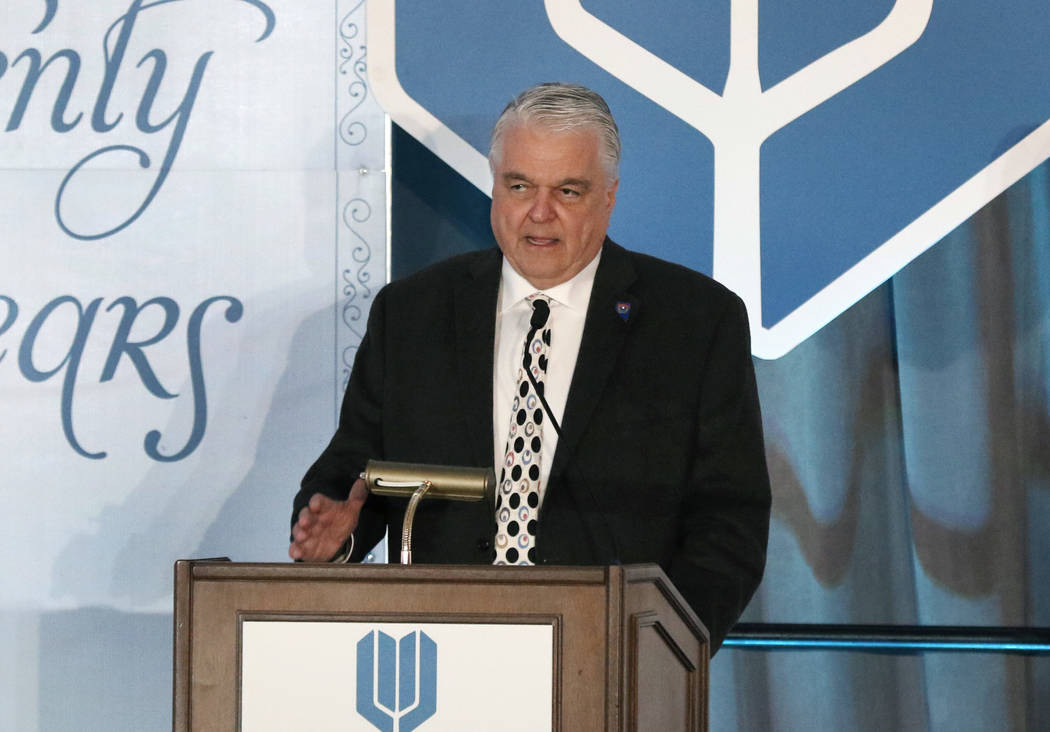 Speaking at the 20th anniversary celebration of her Las Vegas drug treatment clinic, Dr. Miriam Adelson on Friday urged public health regulators and policymakers in the audience to start “cracking down on cannabis.”

Adelson said she knew that arguing against the drug was not a popular position given the trend of decriminalization and legalization — recreational marijuana was legalized in Nevada in 2017 — and the money being made in the industry.

“But I must insist,” said Adelson, founder, sponsor and manager of the Adelson Clinic for Drug Abuse Treatment & Research.

She went on to explain, “Cannabis is indeed a gateway drug to potentially deadly opioids.

“And the normalization of cannabis in our society directly endangers its most vulnerable members: children,” said Adelson, whose study of chemical dependency and drug addiction led her and her husband, Sheldon Adelson, chairman and CEO of Las Vegas Sands Corp., to establish treatment clinics here and in Tel Aviv, Israel. “Because when kids see their elders using cannabis as if it’s normal, they are much more likely to partake themselves.”

The private nonprofit in Las Vegas clinic treats addiction to opioids such as painkillers and heroin by providing medications such as methadone, a synthetic opioid, that eliminates withdrawal symptoms and cravings without creating a “high.”

In her speech, Adelson cited research from the National Center on Addiction and Substance Abuse at Columbia University that shows that those who use cannabis at age 14 or 15 have an 18 percent chance of becoming opioid addicts as adults.

“That risk spirals to an astonishing 28 percent among those who use cannabis at age 13,” she said.

The human brain continues developing until the early to mid-20s. “When children use cannabis, this imperils this development and they compromise their ability to exercise judgment, generating a vicious cycle of bad choices,” she said.

The Adelson Educational Campus, the private school based on Jewish values and identity that she founded with her husband, conducts drug testing, which she said reduces peer pressure on students and results in few positive results. She urged public schools to consider taking a similar approach.

Action by state of Nevada

State health authorities late last year expressed their own concerns about marijuana use, especially by vulnerable populations such as children and pregnant women, in seeking funding for a vaping and marijuana summit later this year.

The Nevada Legislature’s Interim Finance Committee in December approved funding aimed at addressing “the alarming increase in cannabis use as well as the use of vaping products,” according to documents supporting the request from the Nevada Department of Health and Human Services.

The committee allocated $400,000 for the collection, analysis and interpretation of data on the use of marijuana and vaping products and $125,000 for the summit, which will bring together experts and a cross-section of the community.

As for cracking down on cannabis, Gov. Steve Sisolak, who spoke at the clinic luncheon, said in a brief interview, “The people voted to legalize marijuana. That’s where we find ourselves now.”

He noted action he took on Friday by naming a former state Supreme Court justice and a top gaming regulator to be the first members of a Cannabis Compliance Board.

The board is key to regulating the industry, he said, and making it “the gold standard that it is.”

The Review-Journal is owned by the family of Dr. Miriam and Sheldon Adelson, founders of the Adelson Clinic for Drug Abuse Treatment & Research.