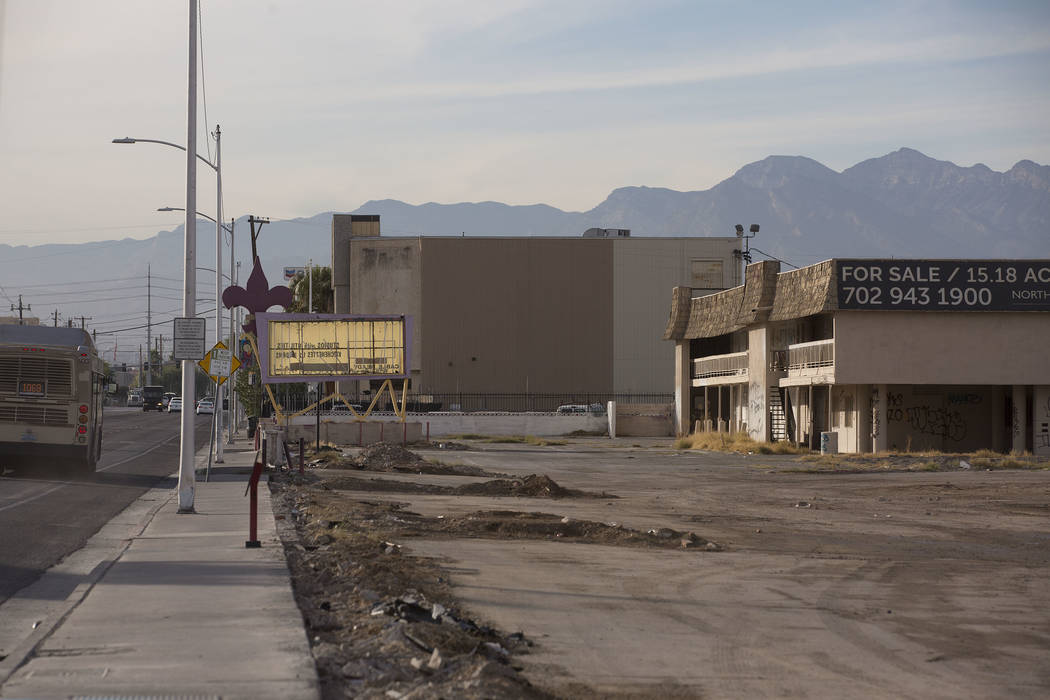 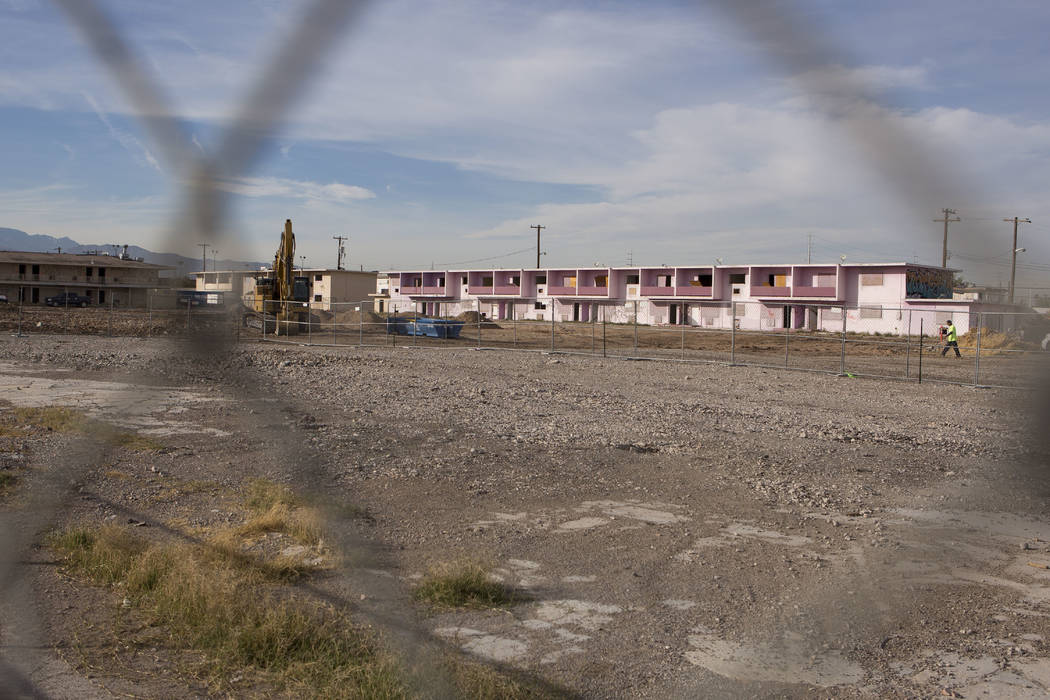 The Las Vegas Historic Preservation Commission is making a push for a more significant recognition of the site that was home to the city’s first desegregated hotel-casino.

The Bonanza Road site where the Moulin Rouge once stood appeared a little over a month ago to have a clear path forward after years of failed redevelopment attempts and, recently, receivership.

With questions once again hanging over the 15-acre Bonanza Road property, the Historic Preservation Commission wants to send a message to potential new owners: Plan to commemorate the historical significance beyond the small roadside marker that is already there.

“I don’t care what they build there if there’s some recognition of what took place there,” Commissioner Jarmilla McMillan-Arnold said.

The Moulin Rouge in 1960 hosted a meeting that effectively ended segregation in Las Vegas casinos.

After District Judge Elizabeth Gonzalez in October chose Clark County’s $6.2 million bid to buy the property, county officials met with criticism from west Las Vegas over plans to build Department of Family Services offices there. County officials walked away from the purchase last month, again putting into question who the next owner will be.

The other three groups that bid on the property proposed some version of a Moulin Rouge revival for the site.

The former Moulin Rouge property is in the city of Las Vegas and on the local register and the National Register of Historic Places.

City officials this fall declared hazardous the buildings that remained on the site, and crews have been tearing them down in the months since. The Historic Preservation Commission had asked that the casino’s foundation footprint and several remaining tiled columns be preserved.

Commissioners on Wednesday pushed for getting the property’s next owners to the table early to emphasize that historic recognition be part of their plans. The Historic Preservation Commission has no authority to undertake a project on the site without consent of an owner but will weigh in on the design of any projects proposed there.

“When that happens, we’re too late,” Commissioner Colleen Beck said about a project getting to the design review stage.

The commission asked city staff to draft a letter to be sent to the new owners of the Moulin Rouge site that says they expect the historic value of the site to be recognized in a way that is significant and visible to the public. The letter asks that the commission be involved in the planning for developing the historic piece of the property.

The property’s receiver, Kevin Hanchett, said last month that Spec Builders USA Inc., which had bid $5 million plus demolition costs, agreed to match the county’s $6.2 million bid. Hanchett said then that they were eyeing a closing date in late January. He couldn’t be reached for comment Wednesday.

Ward 5 Chamber of Commerce President Katherine Duncan said Spec Builders had been waiting for a firm number from the city of Las Vegas for the demolition costs the company will be expected to cover.

“The city continues to be the major roadblock in developing this property,” Duncan said.