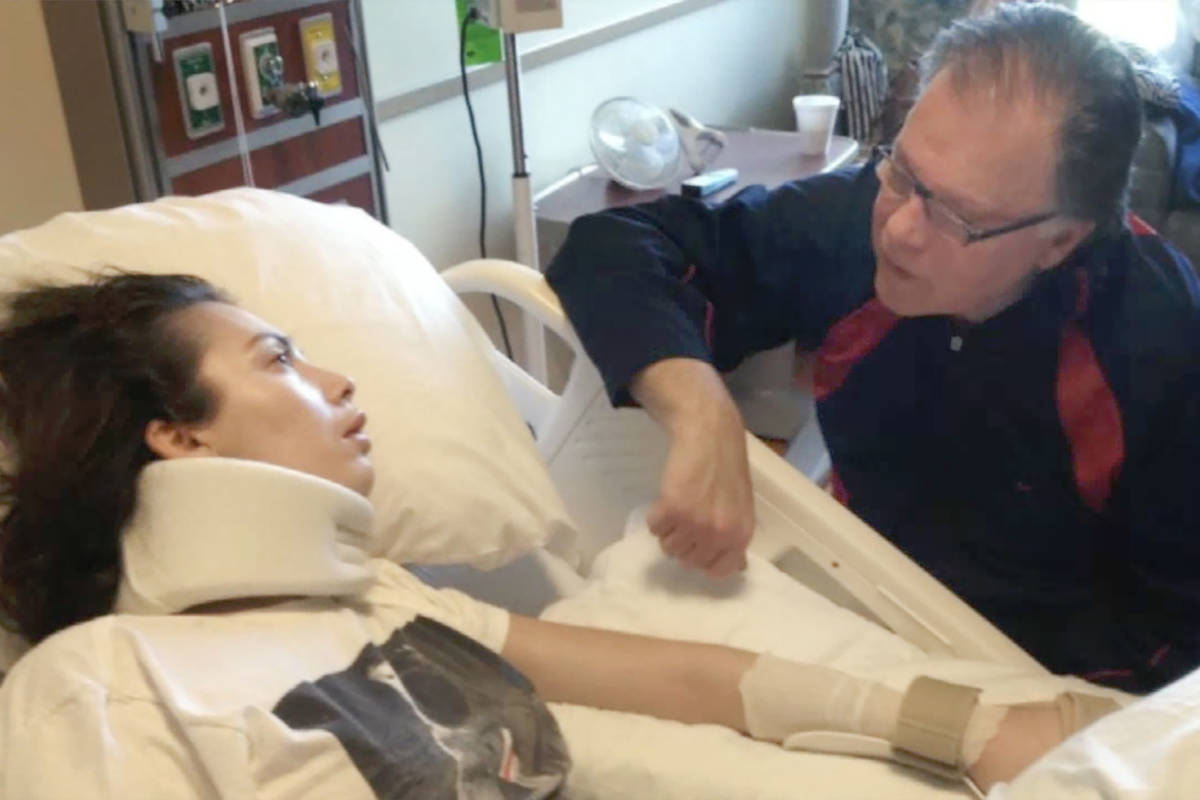 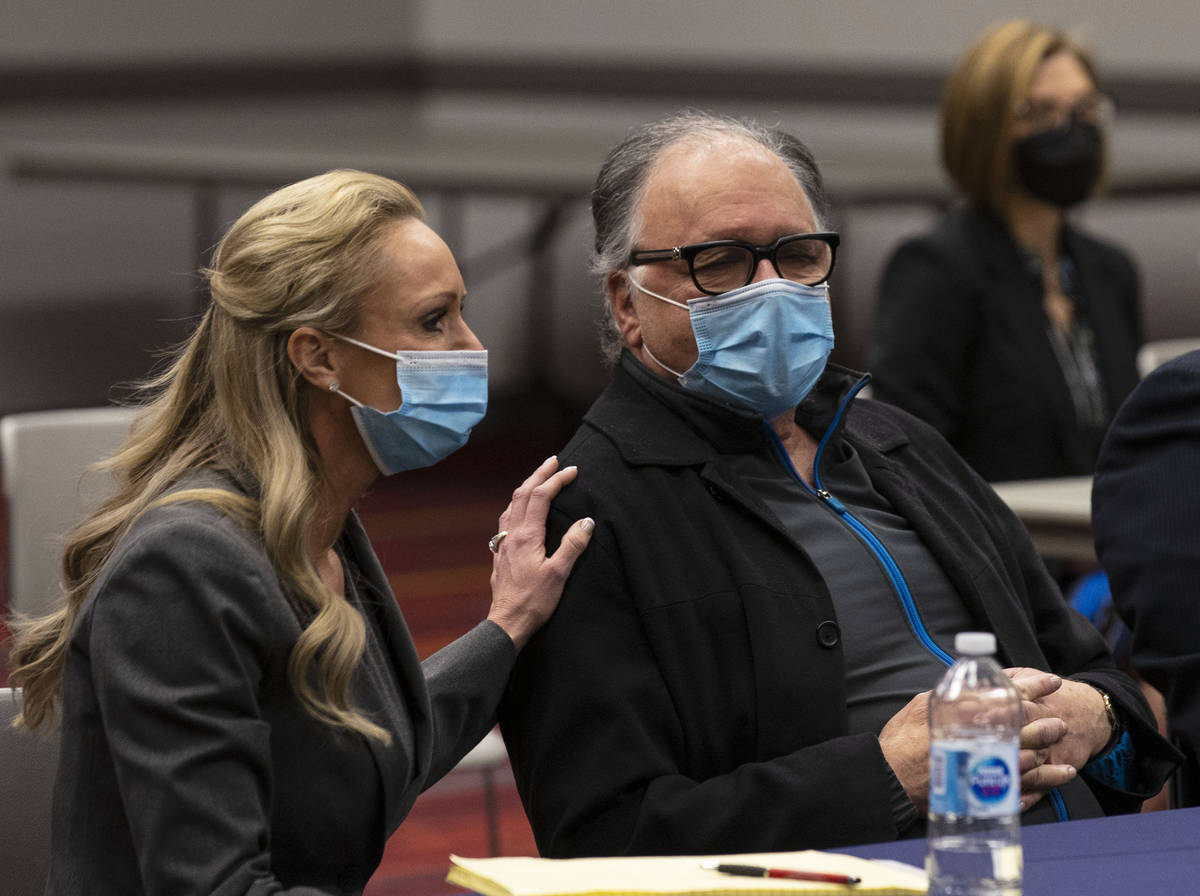 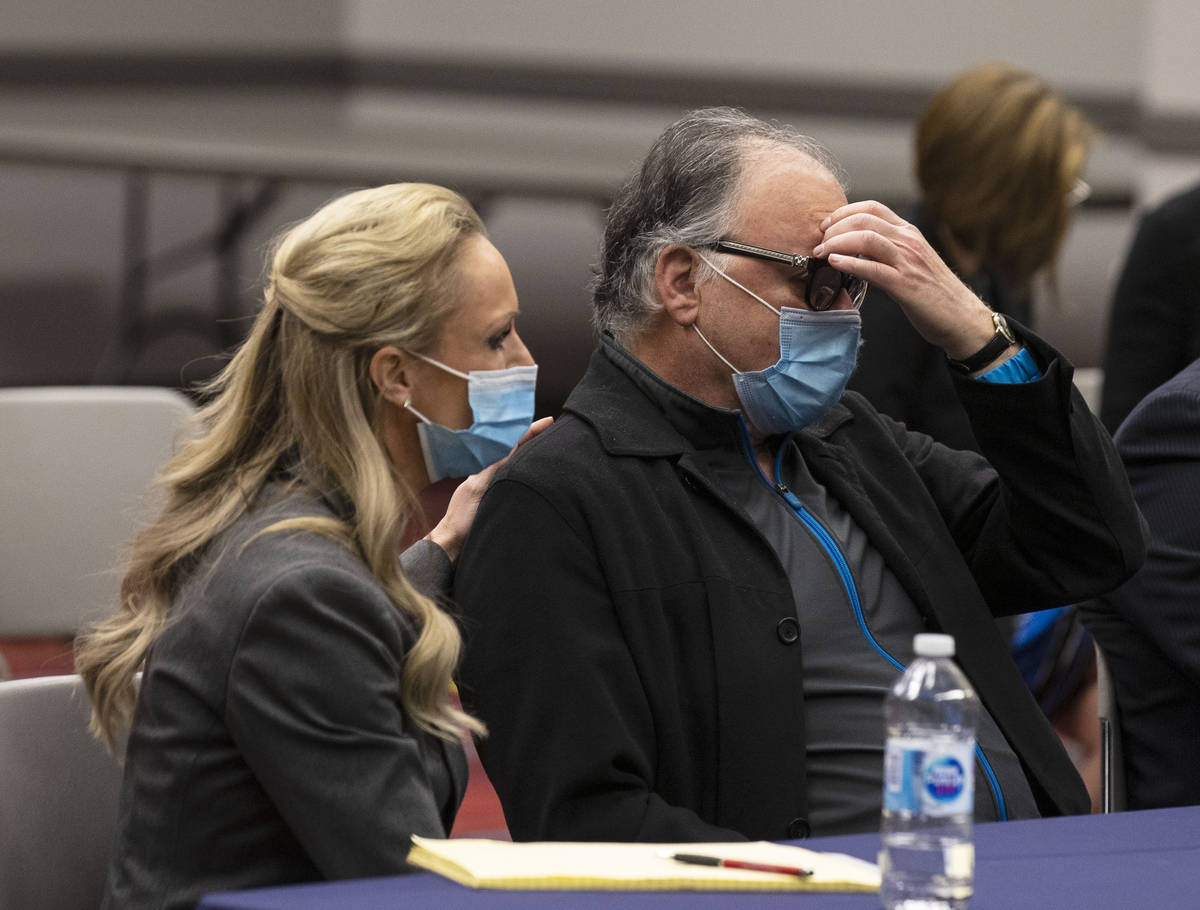 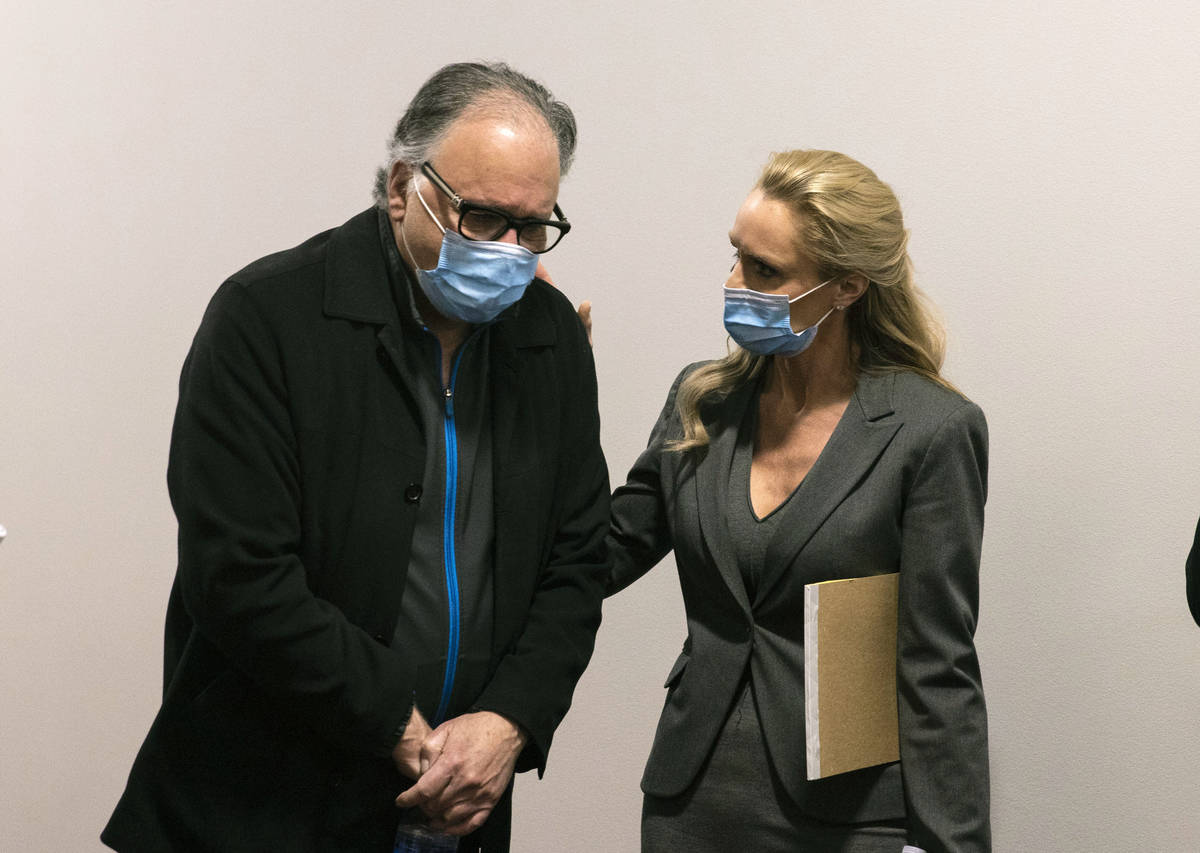 A jury awarded $29.5 million on Friday to the family of a woman who was left brain damaged after being treated for a severe allergic reaction in 2013 by MedicWest Ambulance.

“At least my daughter will be taken care of. I’m happy about that,” her father, Jack Giacalone, said after the verdict was read. “All the anguish that we’ve been through for the last eight years, I’m not happy about. I just hope MedicWest changes their ways.”

In February 2013, Chantel Giacalone took a bite out of a pretzel infused with peanut butter while in Las Vegas for a convention. Afterward, the then-27-year-old aspiring actress and model went into anaphylactic shock.

She lost oxygen to her brain for a period of minutes after seeking treatment from MedicWest Ambulance, which was running the medic station that day.

“Every minute of Chantel’s life has been inextricably altered,” Morris said in closing arguments Thursday. “Every single minute since she walked into that medic room to a company that chose profits over patient care.”

Morris had argued that neither of the two medics on-site that day had IV epinephrine — an adrenaline treatment for severe allergic reactions that is required by the Southern Nevada Health District.

Morris said the medics only had intramuscular epinephrine in their bags — which they did deploy — but the IV is required for when a patient is going into full anaphylaxis.

The attorney argued that the cost of the drug was only $2.42. She asked the jury for more than $60 million in damages for past and future medical expenses, as well as past and future pain and emotional suffering.

While MedicWest denied any wrongdoing and maintained that Chantel Giacalone had never lost consciousness in the care of its medics, its attorney William Drury told the eight-person jury that if the company were found negligent, $8 million in damages would suffice. The company also argued that the outcome was inevitable due to the woman’s heightened sensitivity to peanuts.

But, Jack Giacalone said: “The truth came out. Because what happened in that room was nothing. They let my daughter linger.”

Chantel Giacalone was in Las Vegas on Feb. 20, 2013, modeling clothes at the MAGIC fashion trade show at the Mandalay Bay South Convention Center. While working, her friend Tara Retes bought her frozen yogurt and put a bite-size pretzel on top.

Around 3 p.m., attorneys argued, Chantel Giacalone bit into the pretzel, not knowing it had peanut butter. She immediately called her dad, who told her to administer her EpiPen, ask Retes to get her Benadryl and seek medical care immediately. She did.

Based on phone calls, Morris said she could determine that the woman was in the paramedic room at 3:06 p.m., when she told Retes where to find her with Benadryl.

Retes testified that when she made her way to the medic tent, it was clear her friend couldn’t take the Benadryl. Her throat was closing, and she was black and blue. Her rings looked like they were about to pop off her swollen fingers. Retes sat on the cot in the medic tent with her, rubbed her back and told her she would be OK.

The family’s attorneys said the call for emergency dispatch didn’t happen until 3:11 p.m. — after Chantel Giacalone had passed out and stopped breathing.

But the medics testified that they called for advanced life support as soon as she came in because they knew her condition was serious. They said Chantel Giacalone was always breathing in their care.

MedicWest attorneys said the testimony was supported by the 3:11 p.m. call from medics to the Clark County Fire Department. That call reported a woman who “is breathing and having difficulty breathing.”

One of the company’s attorneys, Drury, argued that Chantel Giacalone couldn’t have been in the medic tent at 3:06 p.m., because she was on the phone for a total of 82 seconds at that time.

They argued that medics wouldn’t have allowed her to be on the phone while they treated her and that another call, from Retes at 3:11 p.m., must have been when Retes walked into the booth while her friend was telling her where to go.

But Retes testified that she made that call after she was told to leave the room. Morris said the call never connected.

‘She’s still in there’

Jack Giacalone traveled to Las Vegas for the trial from Detroit, where he and his wife provide 24-hour care to their quadriplegic daughter. She lives in their dining room, has to be fed through a tube and can only communicate with her eyes.

“I don’t know how Chantel didn’t die. But she lived for a reason,” her father said.

Jack Giacalone said the money will be invested in her future care and a new home that is more conducive to her needs.

The family wants to have help with her care and to be able to give her a special shower and her own room. Her father said they also would like to make a donation to a foundation for people suffering from similar brain injuries.

Jack Giacalone is 70 and his wife, Deborah, is 59. She sleeps next to her daughter each night and provides most of her 24-hour care.

“I don’t want her to go anywhere else. I love her, and she loves me,” Deborah Giacalone testified. “It’s very hard to take care of her, but I would not have it any other way.”

Chantel Giacalone, the oldest of three siblings, is expected to live until the age of 55. She is now 35.

She graduated from an art school in Chicago and was living in Los Angeles at the time of her allergic reaction. She had roles in productions such as the 2009 movie “The Butterfly Effect 3: Revelations,” the 2015 movie “Hollow Walls,” and “Skyler” in 2012.

While living in Los Angeles, she volunteered to talk about bullying at schools, having suffered herself as a young student. She was an avid tennis player and was working on a sports clothing line for Theory.

Before leaving for Las Vegas, Jack Giacalone said, he told his daughter he was coming for the trial.

“I told her, ‘Don’t worry, the truth will come out. And we’re going to finally find out what happened to you that day in the room,’” he said. “And she started crying. She’s still in there. She still has emotions. She’s still crying. But when I get home, I’ll see her, and we’ll straighten everything out.”