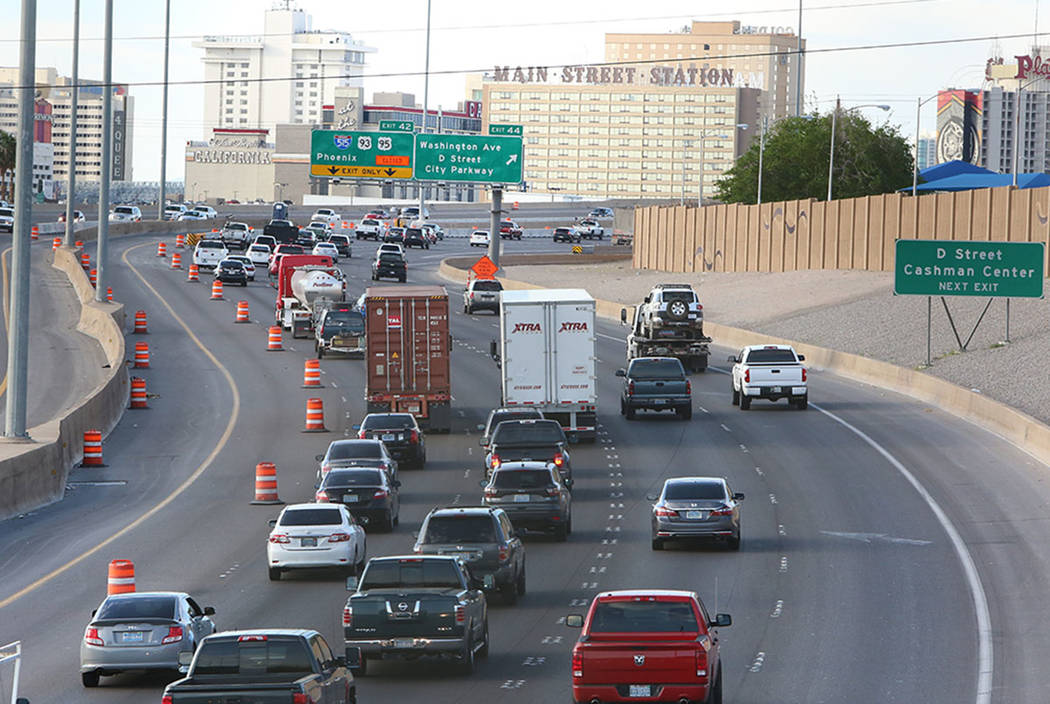 The $1 billion widening of the Spaghetti Bowl freeway interchange, known as Project Neon, is 40 percent complete one year after construction began, the Nevada Department of Transportation said Wednesday.

However, commuters can still expect a series of lane restrictions and ramp closures around the Spaghetti Bowl until construction concludes in summer 2019.

Over the next two years, crews will build an 81-foot-tall flyover ramp for high-occupancy vehicles. When completed, the new carpool ramp will have one lane for drivers headed from southbound U.S. 95 to southbound I-15 and another connecting northbound I-15 to northbound U.S. 95. The two-way concrete ramp, measuring 2,606 feet long, will be accessible from the center lane of both freeways.

Crews will also switch on a dozen new active traffic management signs that will adjust speed limits to help reduce accidents and stop-and-go traffic for the 300,000 vehicles that travel daily between the Spaghetti Bowl and Sahara Avenue.