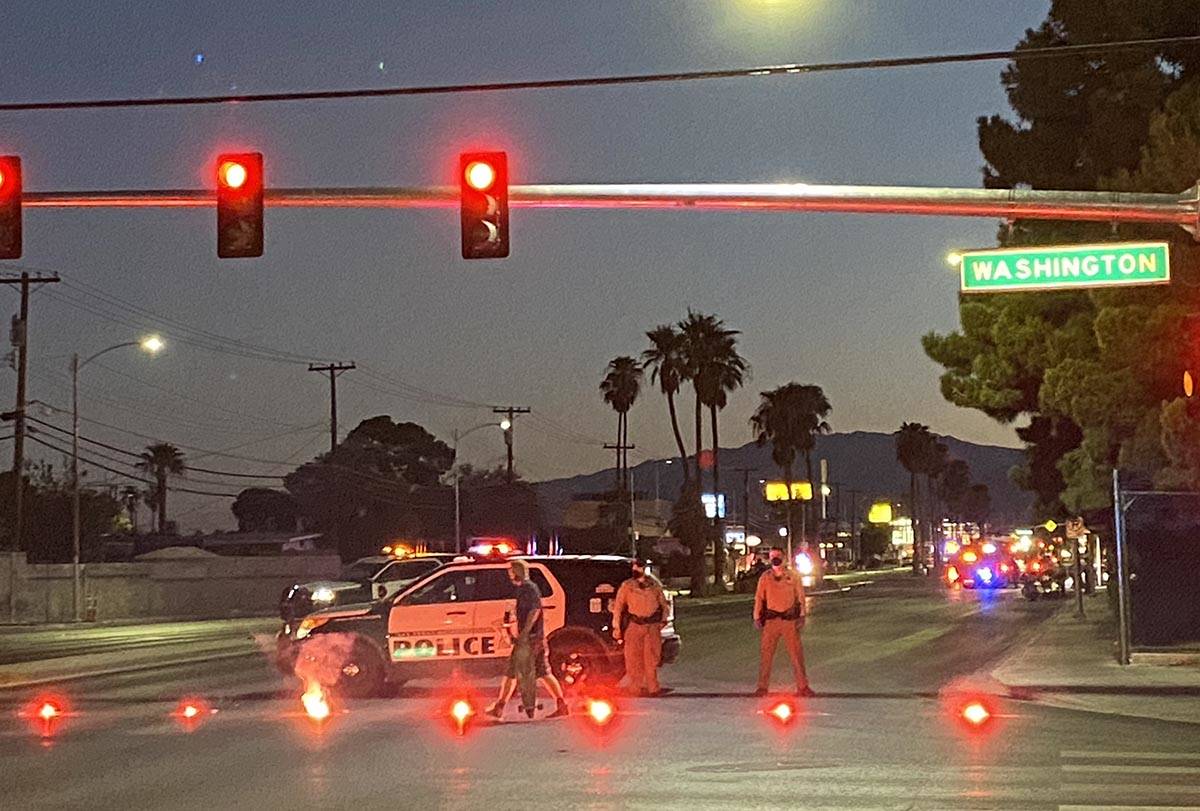 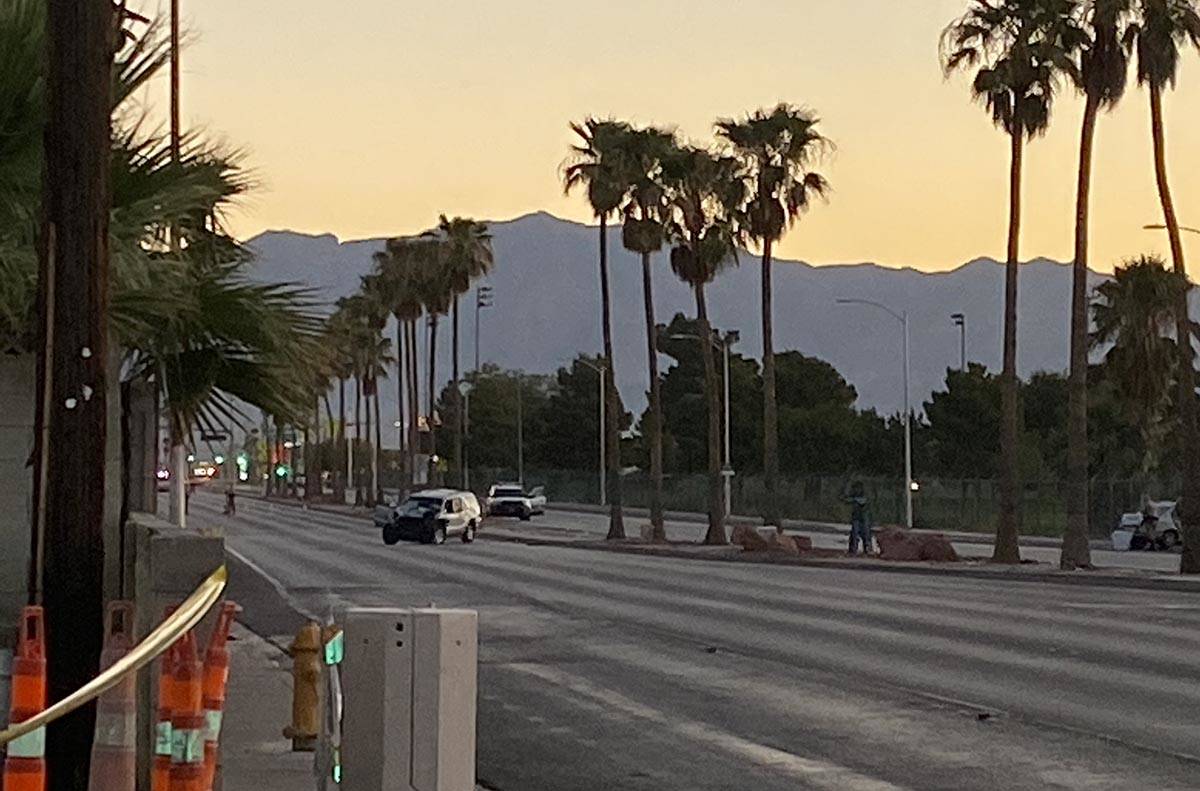 A 43-year-old woman was killed in a hit-and-run early Thursday in the central Las Vegas Valley, police said.

The crash at North Decatur and Carmen boulevards, near West Washington Avenue, happened about 4:20 a.m., Metropolitan Police Department Lt. Joe Lepore said. Investigators determined that a 2004 Hyundai Elantra was crossing the southbound lanes of Decatur when a silver 2006 Toyota 4-Runner crashed into the side of the Hyundai, Metro said in a statement Thursday morning.

The Hyundai’s driver, identified by police as the 43-year-old Las Vegas woman, died at the scene.

The Toyota’s driver ran from the scene before police arrived, but a 23-year-old passenger in the car stayed at the crash site, Metro said. He was taken to University Medical Center with minor injuries and was cooperating with police.

The woman’s death marks the 54th traffic-related fatality investigated by Metro this year, the department said. She will be identified by the Clark County coroner’s office.

Police on Thursday asked for the public’s help locating the driver of the Toyota. Anyone with information can contact Metro’s collision investigation section at 702-828-3595, or leave an anonymous tip with Crime Stoppers at 702-385-5555.