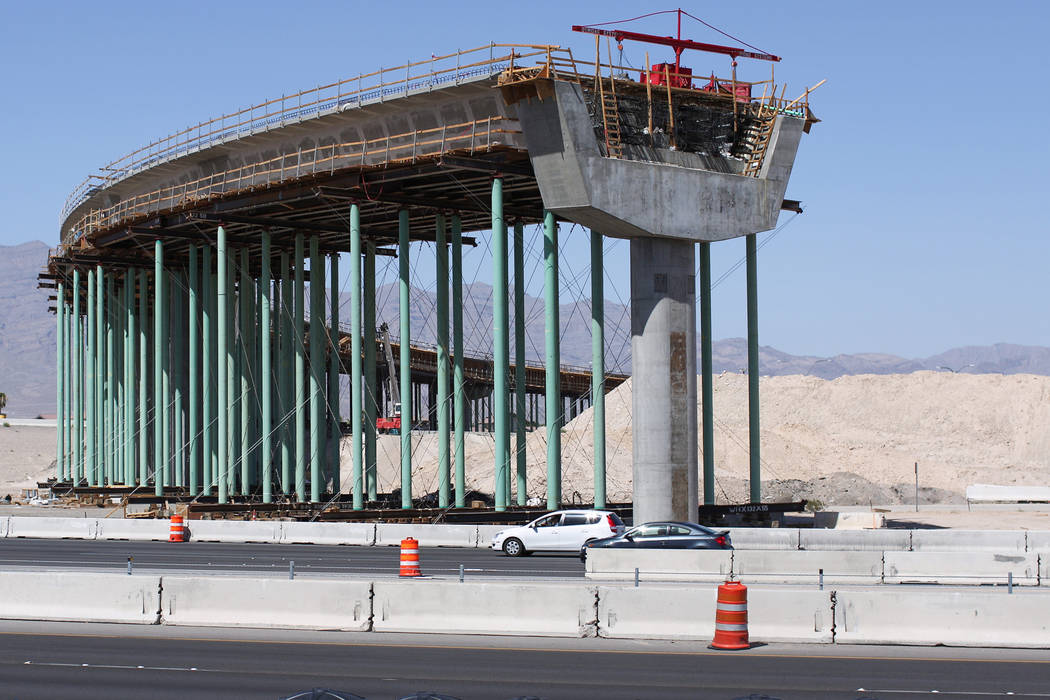 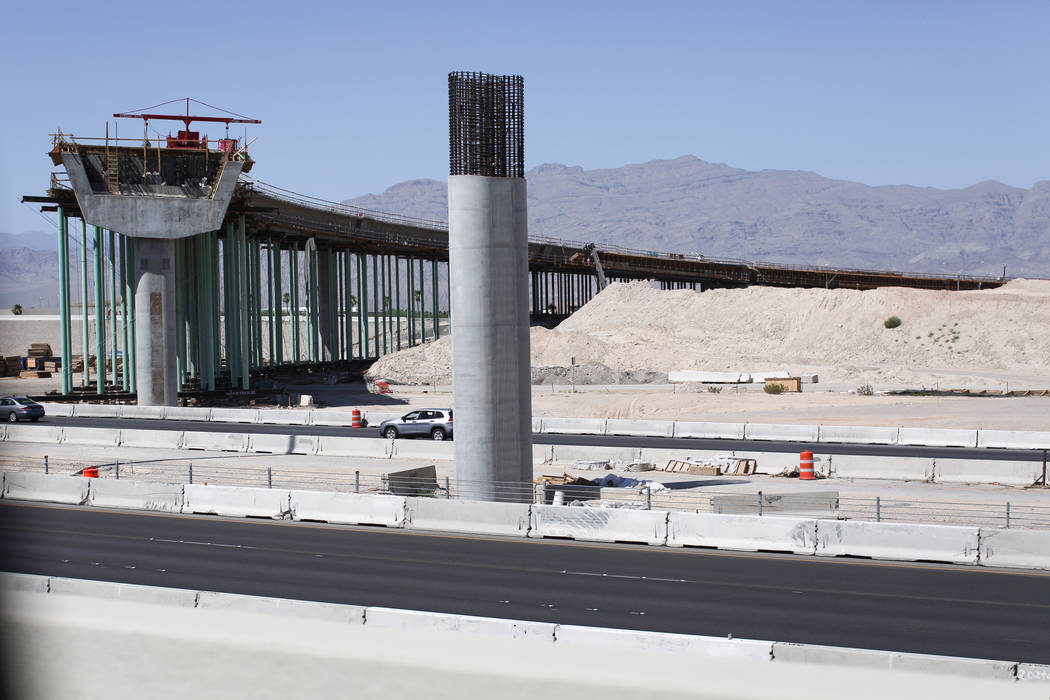 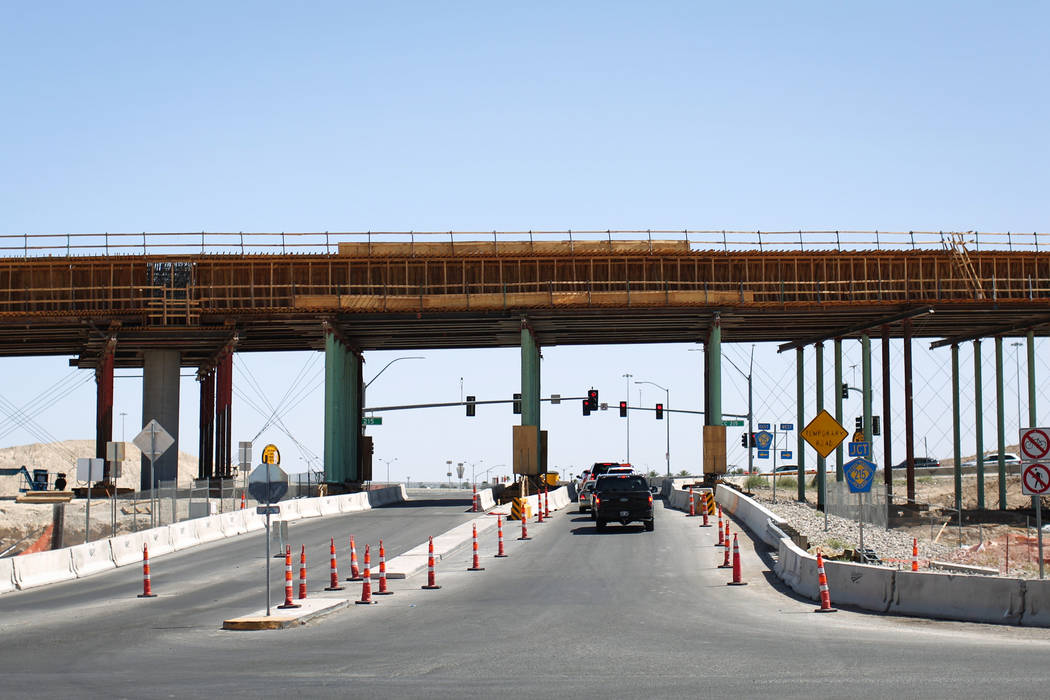 Vehicles finally will be zooming across a new $47 million flyover bridge in northwest Las Vegas on July 12, when construction wraps up on the current phase of the Centennial Bowl freeway interchange, the Nevada Department of Transportation said Monday.

Construction of the Centennial Bowl began in summer 2015, and the initial phase was completed last year with the opening of a ramp linking northbound U.S. 95 to the eastbound Beltway.

Even though those segments are completed, a lot of work still needs to be done to complete Nevada’s second-busiest freeway interchange as soon as 2022.

Those three ramps are expected to be completed by 2020.

Shortly afterward, work is expected to start on the final phase, expected to take another two years to complete, Illia said.

That last chunk, estimated at $110 million, calls for an upgrade of the 215 Beltway to a divided, six-lane freeway through the Centennial Bowl interchange.

Plans also call for construction of ramps connecting the eastbound Beltway to northbound U.S. 95 and the Beltway in both directions to southbound U.S. 95, Illia said. Additionally, crews will build frontage roads and realign Oso Blanca Road.

The entire project would have taken another 10 to 20 years to complete if Clark County voters in November had rejected Question 5, which will extend the fuel revenue index tax that took effect in 2013, Illia said. About $3 billion will be generated by the tax over the next decade to help pay for nearly 200 transportation projects.