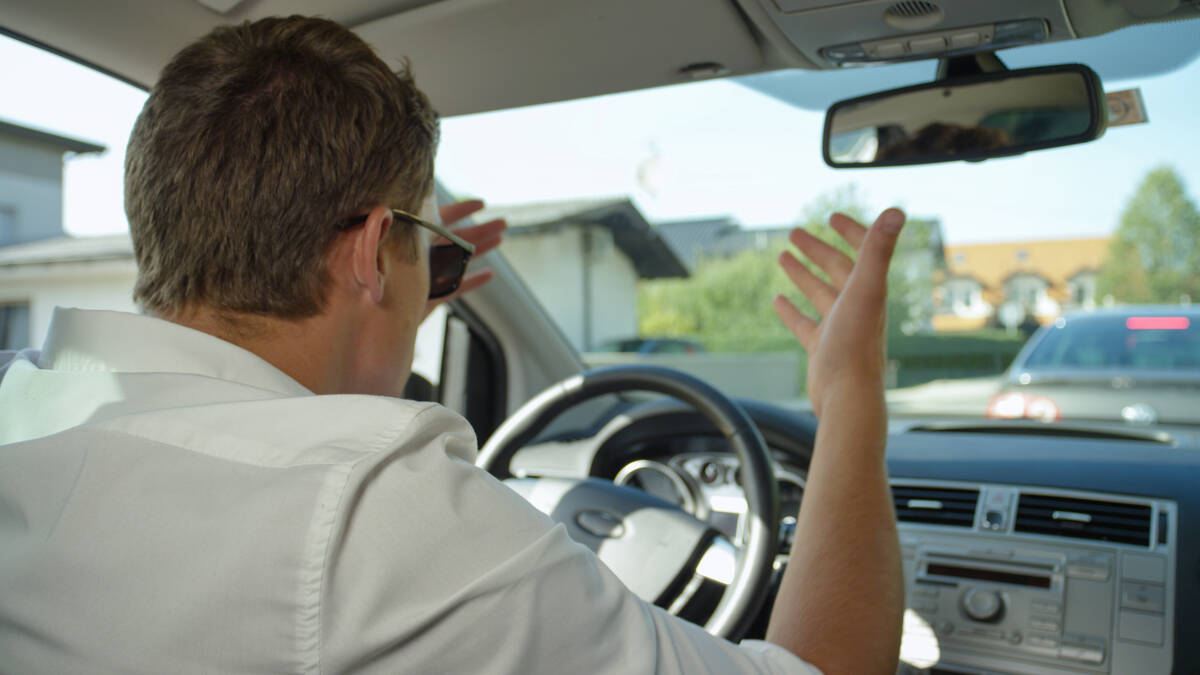 A driver suddenly braking, cutting off vehicles or needlessly honking is certain to bother fellow motorists.

Taking a deep breath to shake off the frustration a few moments later is part of the normal human experience: Acting out in rage is not.

UNLV psychology professor Stephen Benning explained: “When we think about road rage … it’s one manifestation of a tendency to experience aggression.”

He described road rage as reacting to a provocation that the aggressor “subjectively perceives as being worth reaching out and striking out against.”

But road rage turned deadly recently after a shooting on the 215 Beltway, police said.

Glen Anthony Card, 27, and a female passenger were headed east on the highway when at least one person in an unidentified sedan opened fire into their silver Chrysler 200, killing Card and critically wounding the woman, police said.

After the Oct. 18 shooting, Card’s vehicle crashed into a center median and continued “several hundred feet” before it stopped, Lt. David Valenta said Wednesday, noting that the two vehicles were driving recklessly and cutting each other off.

No arrests have been made, and police asked the public to help them find the shooter’s vehicle. Card’s family turned down an interview request.

Had one of the motorists backed off and let the other person drive away, “this was preventable,” Hadfield said.

Card’s death was the second that Las Vegas police blamed on road rage in recent months. On June 22, a 73-year-old man died after he was run over by an SUV at the intersection of Desert Inn Road and Boulder Highway.

Police at the time said that Marlin Smith had honked at an SUV that cut him off, causing someone to get out and throw something onto his Jeep’s windshield.

Smith stepped out of his vehicle and stood in front of the SUV, which then struck him. He died the next day.

Police said they detained two people, who told detectives that Smith was armed with a knife, prompting prosecutors to weigh the possibility that the killing could have occurred in self-defense. No charges have been filed, and the case is pending a review from the Clark County district attorney’s office, Metro logs show.

Hadfield said the agency does not keep road rage statistics, and national statistics on fatal road rage confrontations are not widely available.

But Everytown Research &Policy, a gun control advocacy group, published a report in late June that determined road rage “injuries and deaths” involving guns have increased since 2018, when about a third of 645 people were reportedly shot during such confrontations.

From January through May, about half of the 353 people in a road-rage encounter involving a gun were shot on U.S. roadways, according to the report.

“If current trends continue, 2021 is on track to be the deadliest year on record, with a projected 500 people injured or killed in road rage shootings,” the report said.

The group concluded that stresses from COVID, with an increase in gun sales, had driven the spike.

Benning, the UNLV professor, agreed that pandemic-related stress caused an uptick in violence.

“It’s very difficult to escape when locked down and locked away from the outside world,” causing some people to bottle up emotions and then explode in anger, he said.

He warned against engaging with irate drivers, and suggested calling police instead.

His advice for those who encounter aggressive drivers or unexpected lane changes: “Let it be. There’s a good chance that they did not see you or felt they had enough room.”