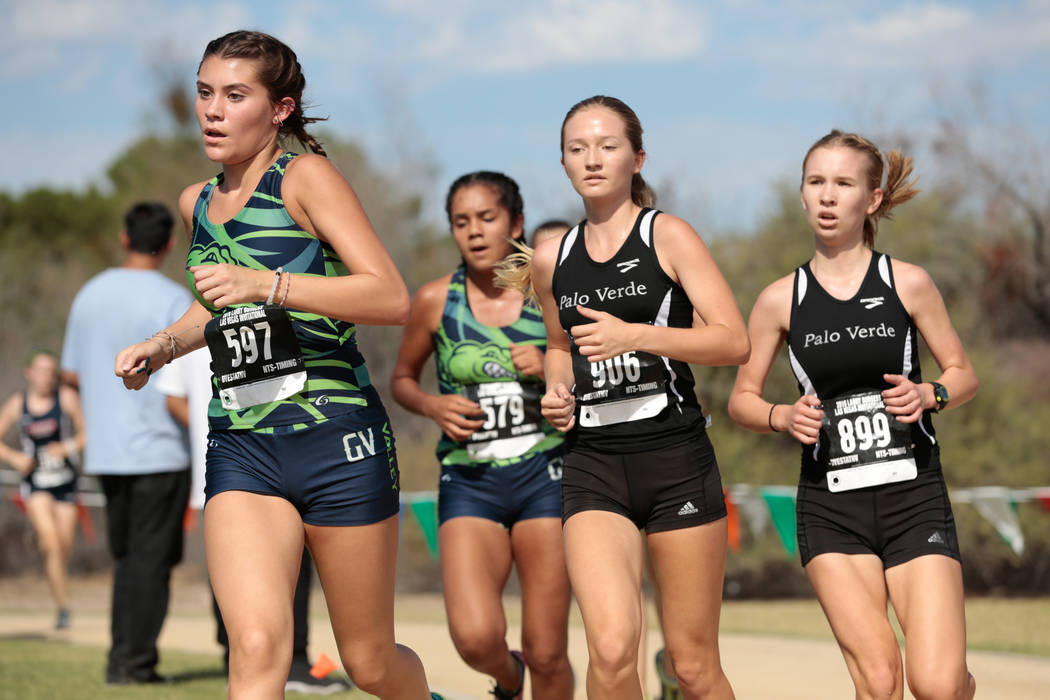 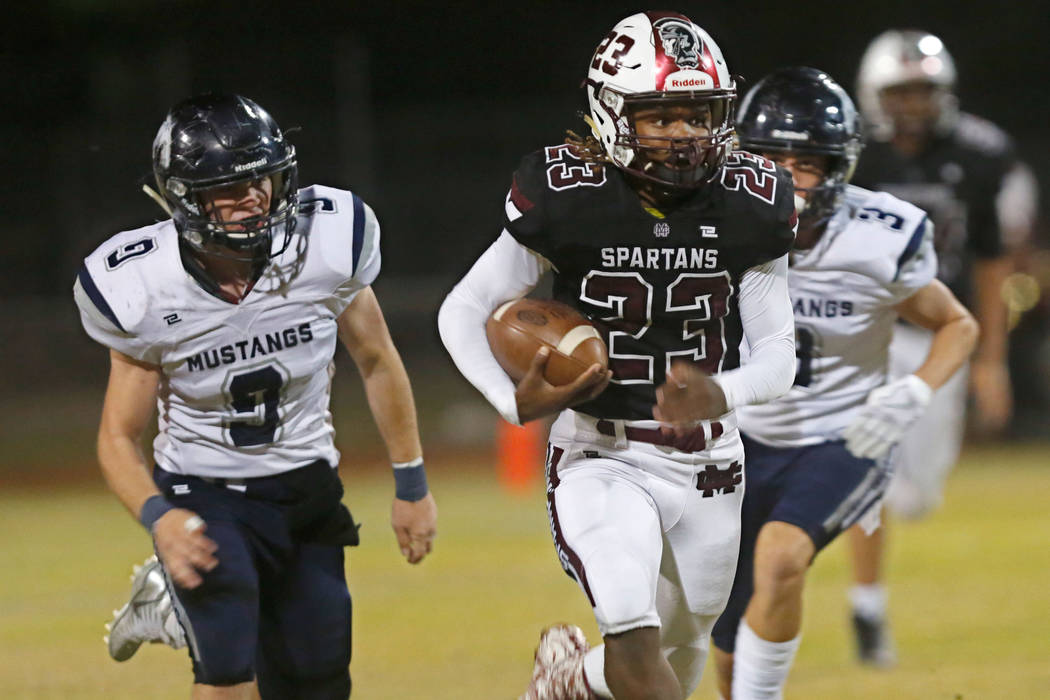 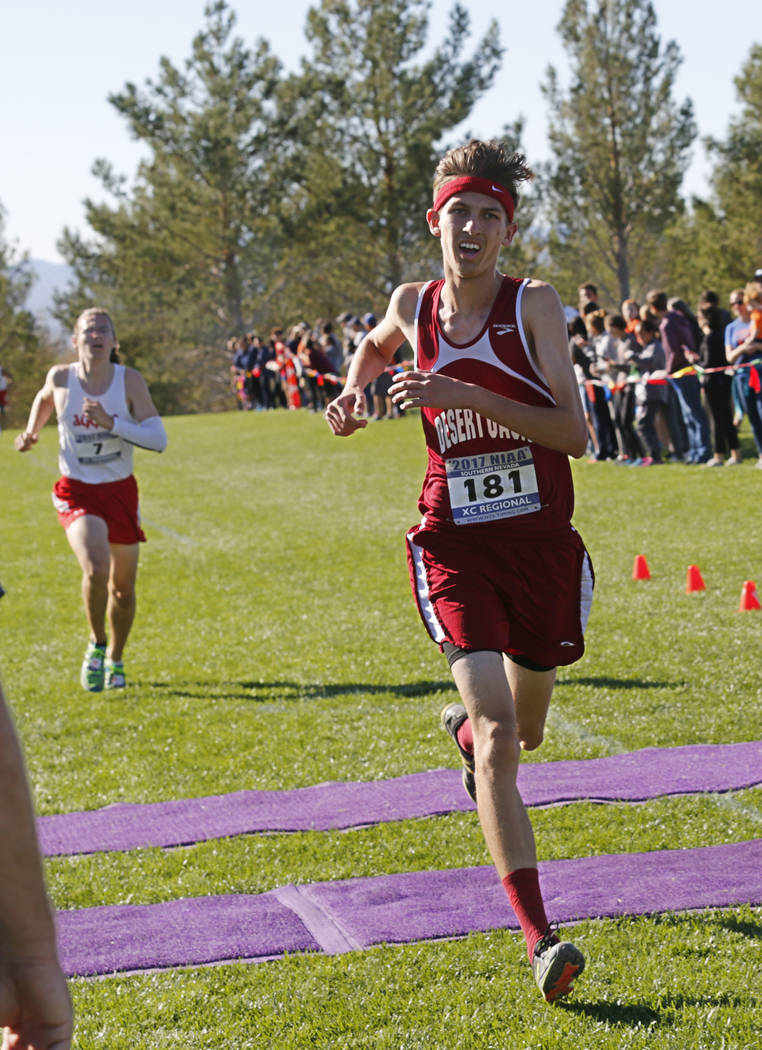 The senior won the 3.1-mile race at the Labor Day Classic at Palo Verde with a time of 16 minutes, 51 seconds.

The senior placed first at the Labor Day Classic at Palo Verde, covering the 3.1-mile course in 19 minutes, 49 seconds.

The senior carded a 1-under-par 71 at Highland Falls to win a Northwest League match. It was the best score on a par 72 course for the week.

The senior scored eight goals in two Jaguars’ two wins, including six on Thursday to take over the Southern Nevada lead with 12 on the season.

The senior had two goals last week, and helped the Cougars remain undefeated and win the Las Vegas Kick-Off. She scored the only goal in the semifinals against Green Valley, then had one of the two scored in a 2-1 win over Palo Verde in the championship game.

The senior posted an 8-0 singles record in team wins over Rancho, Shadow Ridge and Cimarron-Memorial.

The senior went 3-0 in singles against Chaparral and has helped stake the Vikings a 4-0 team record.

The sophomore setter recorded a total of 95 assists in victories over Basic, Valley and Liberty.