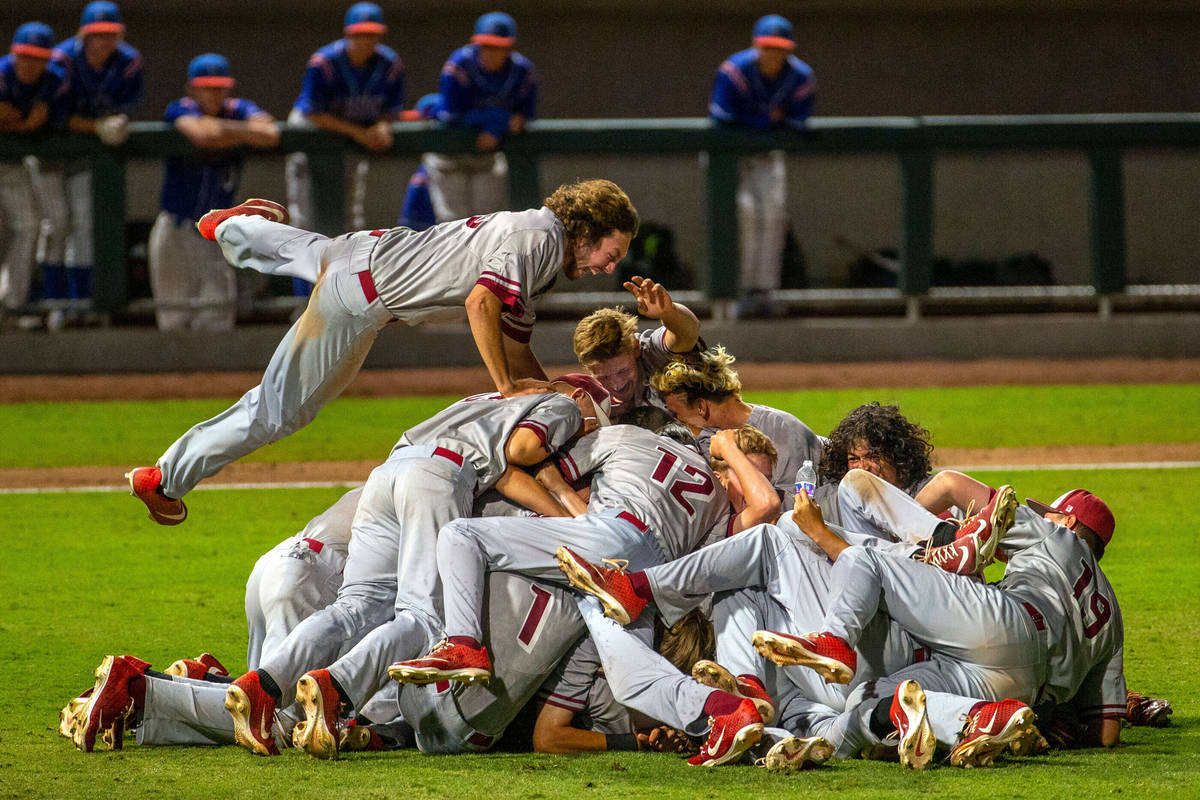 Desert Oasis players celebrate their win over Reno 9-1 during the tie-breaker game of their Class 4A baseball state championship at the Las Vegas Ballpark on Friday, May 17, 2019. (L.E. Baskow/Las Vegas Review-Journal) @Left_Eye_Images 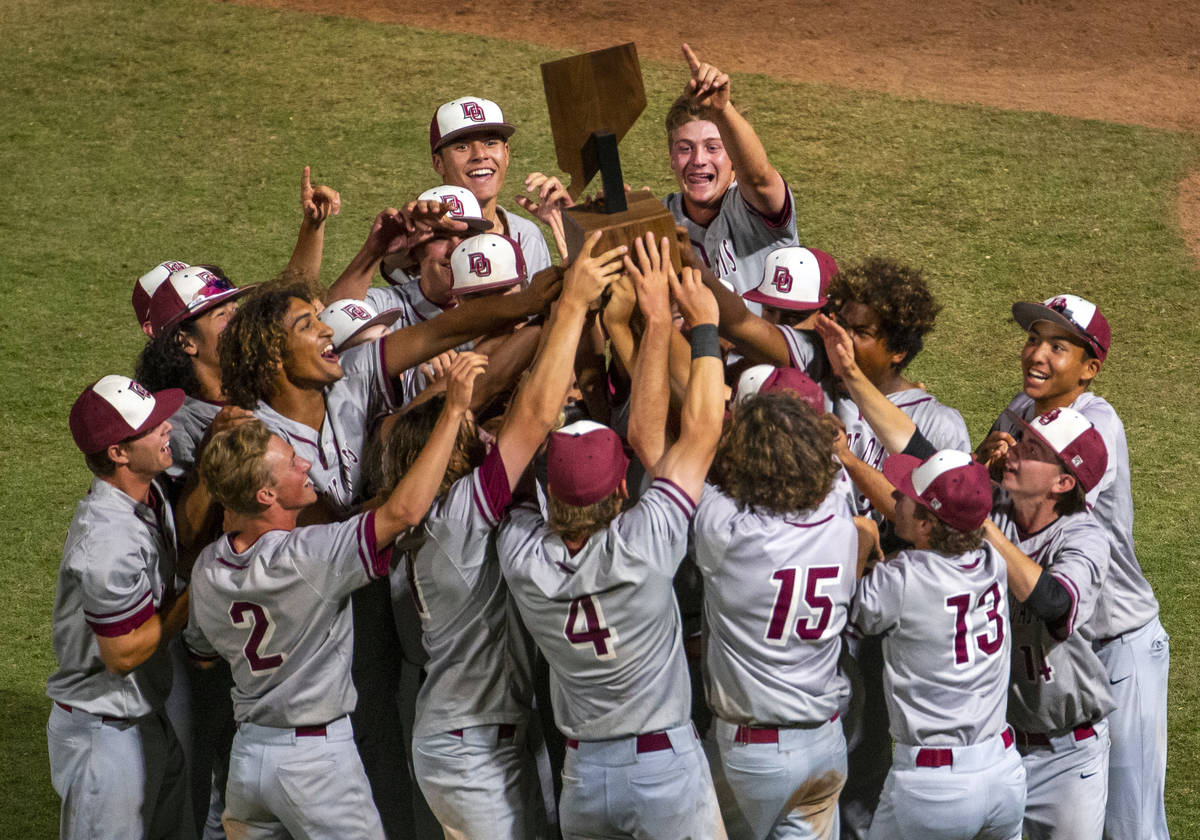 Desert Oasis players celebrate their trophy after defeating Reno 9-1 during the tie-breaker game of their Class 4A baseball state championship at the Las Vegas Ballpark on Friday, May 17, 2019. (L.E. Baskow/Las Vegas Review-Journal) @Left_Eye_Images

Fall sports cross country, soccer, girls golf, girls volleyball and tennis will be offered as intramurals from May 3 to 22. Football also will fall under the intramural umbrella and will run from April 5 to May 1, with 20 days of practice leading to a one-hour intrasquad competition.

The first spring competition will mark the end of a nearly 13-month drought without CCSD having participated in a sporting event. The spring season was just underway when COVID-19 shut it down in March.

“That’s one thing our athletic department was looking at was these (spring sport athletes) are kids that missed out this year, and we were concerned about them missing two years of athletics and competitions,” CCSD Superintendent Jesus Jara said Wednesday. “It was one of the factors we were looking at to bring our student-athletes in.”

Athletes, coaches and staff members will be required to be tested for COVID-19 once a week in accordance with Nevada Interscholastic Activities Association rules.

Jara has said all along that CCSD would not bring back sports until students returned to the classroom. The timeline for reopening includes grades six, nine and 12 to begin a hybrid learning model March 22, with grades seven, eight, 10 and 11 following April 6.

While Wednesday’s news thrilled athletes who compete in spring sports, it didn’t appease those who were calling for CCSD’s immediate return to sports.

“Here’s the huge problem: This wasn’t voted upon,” said Anna Binder, who has six children in CCSD and has been active in advocating for the return of sports. “This wasn’t an agenda item. This was a dictative move by Jara. I have an uproar of football and basketball parents going, ‘This isn’t fair.’ ”

Binder said the announcement did nothing to quell plans for a rally before Thursday’s CCSD school board meeting, the first one that will be held in person this school year.

CCSD Athletic Director Tim Jackson said the starts to the spring and fall seasons are staggered so athletes won’t have to choose one.

He said adding basketball and wrestling to the spring intramural season was discussed because those seasons were shut down this winter, but the plan was rejected.

“There was no way we could do all 22 varsity sports in one window, so what we did was addressed what was coming up next,” Jackson said. “That was the fall of 2021, and an intramural season is part of that preparation every season. The winter sports will not miss out on that intramural season. It will occur as it traditionally has in October into November.”

Details still need to be worked out for football. Liberty coach Rich Muraco said the original proposal sent to CCSD called for seniors to be excluded because the time will be used to prepare for the 2021 fall season, but Jara wants them to be included.

Legacy senior Trevor Moser, who will play football at Southern Utah in the fall and calls it his primary sport, said even if he won’t be allowed to practice with the Longhorns, he’s happy for those who will. He also is excited for spring sports because it means he will have a final volleyball season.

“Even if we’re not going to be able to play football, at least I get to finish with my other sport,” he said. “Some guys are talking about running track so they can have one more thing before we graduate.”

Another bone of contention for some is that no spectators will be allowed.

Dennis Goughnour, one of the founders of Let Them Play Nevada and most vocal advocates for bringing back high school sports, noted that UNLV has allowed limited spectators to its basketball games and the Golden Knights will soon do the same.

“There were some tiny victories (in CCSD’s announcement), but no spectators?” Goughnour said. “There’s spectators everywhere.”