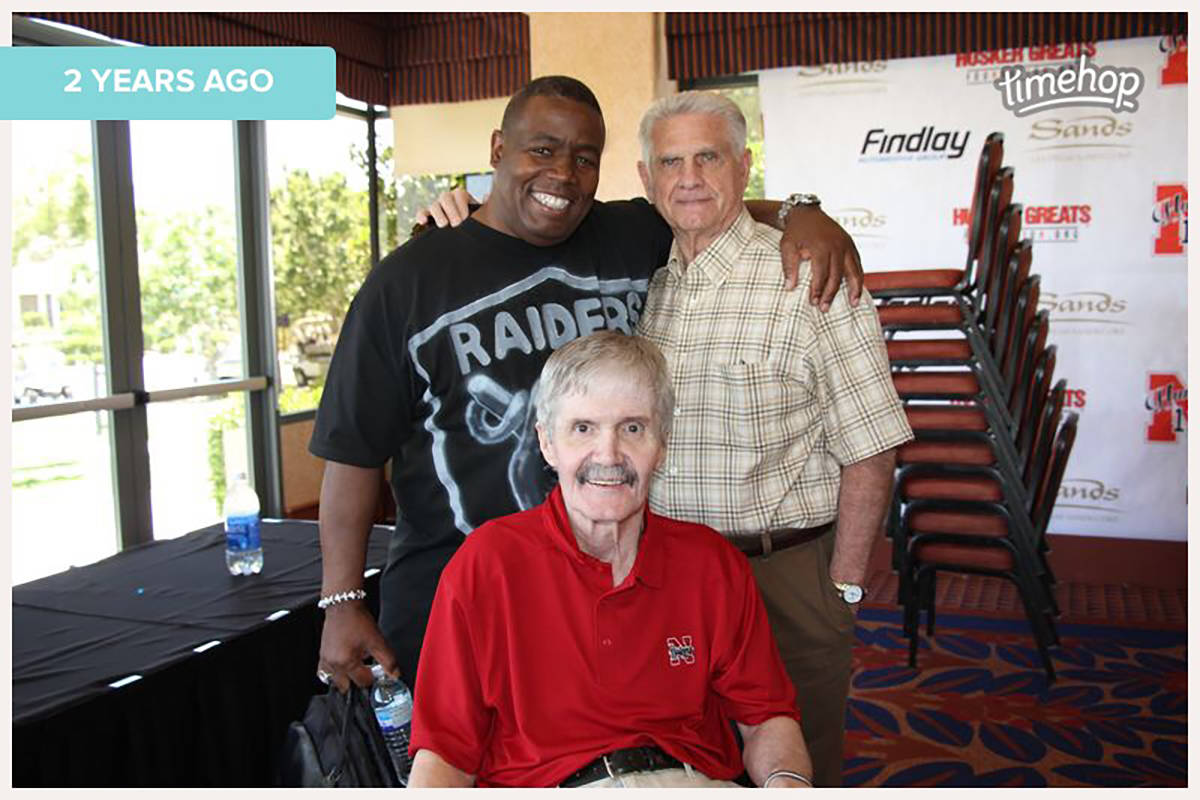 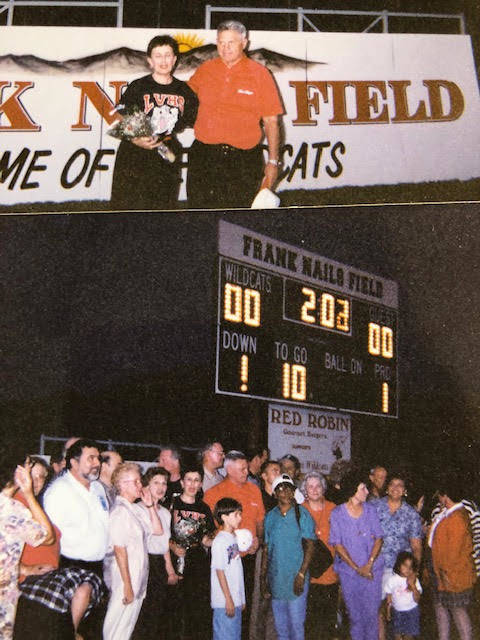 Editor’s note: The Review-Journal’s “Where Are They Now?” series catches up with athletes and coaches who played high school, college or professional sports in the Las Vegas Valley. Stories will run at least once a week.

“Somebody said there was one more award and I said ‘Geez, let’s get this thing over with; it’s been dragging on for two hours,’ ” recalled Frank Nails, who was retiring after 37 years as a high school coach and administrator, including 20 at Las Vegas.

The man with the microphone ushered everybody out to the football field, where the scoreboard had been covered by a tarp. When the tarp was pulled away, a new marquee said the home of the Wildcats would henceforth be known as Frank Nails Field.

As a coach and educator, he could be as tough as his surname. But not on that night. Instead of hard as Nails, as more than one yellowing newspaper clipping had proclaimed him, he became liquid Nails.

“It was one the most humbling things in my life,” he said of having the football field named for him.

He’ll turn 82 next month. Outside of the duration of high school athletic banquets, he has but one regret. He wished he would have remained a football coach instead of accepting a promotion to the front office.

“Everything I have today, and have had, I owe to football. I tried to give as much back to the game as I could,” Nails said about administering the state football playoffs and other tireless tasks performed after hanging up his whistle. “But I really miss the kids. They keep you young and happy.”

He treats all of his former players like surrogate sons, but two in particular stand out. Both went on to play in the pros for the Raiders.

He coached Frank Hawkins at Western High and David Humm at Bishop Gorman.

“They were in a field of their own,” Nails said.

He said Humm, who died in 2018 after a long battle with multiple sclerosis, would play in pickup football games on Saturday mornings. The coach would sit in his car and signal plays to his quarterback.

“I spent so much time with that kid you wouldn’t believe it,” said Nails, who was inducted into the Southern Nevada Sports Hall of Fame in 2012 — 15 years after his star pupil was the first to be honored. “After he got sick, we would talk every day on the phone. I always said if I ever had a son, which I don’t, he would be it.”

Nails has a wife, June, was spent 30 years in the Clark County School District; and two daughters, Nancy and Jennifer, who also are educators. He still goes to high school games.

He says that while the rules have changed — “if you don’t do well in the classroom, you don’t get on field” — the kids have pretty much stayed the same.

Some who played for him still drop by the house to see how he’s doing, and that always brings a smile to the old coach’s face.

But sometimes when it gets too quiet, he said he’ll jump in the car and drive to Frank Nails Field, just to see if the sign on the scoreboard is still there.