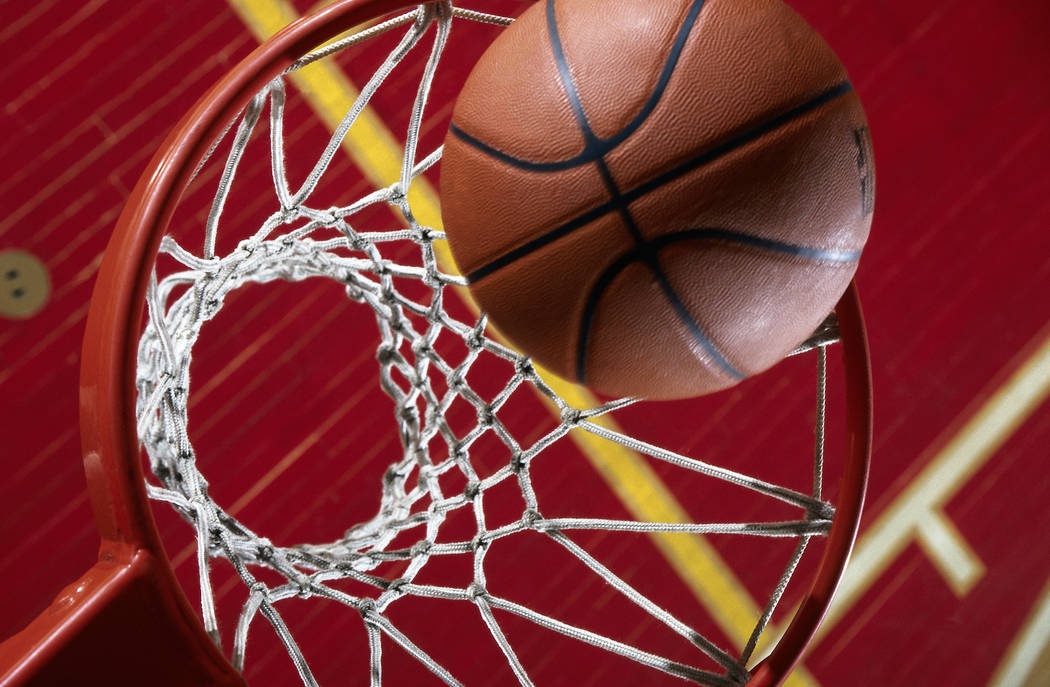 Jaden Hardy had 27 points, eight rebounds and eight assists, and Coronado’s boys basketball team cruised to an 82-51 victory over Rancho Solano Prep at the Hoophall West showcase in Scottsdale, Arizona on Saturday.

Max Howard had 10 points for the Cougars and Richard Isaacs added seven points and seven assists, including an off-the-backboard alley-oop to Hardy, who broke the rim with a dunk to force a stoppage in play.

Democracy Prep 78, Silverado 59 — At Democracy Prep, Najeeb Muhammad had 22 points, and the Blue Knights overcame an early 12-0 deficit to beat the Silverhawks.

Daniel Plumer had 20 points for Democracy Prep, and Chancellor Johnson made five 3-pointers and scored 19 points.

Martel Williams had 21 points and Trevon Martin had 15 for Silverado.

Enterprise (Utah) 54, Virgin Valley 52 — At Mesquite, Ryan Holt had 30 points to lead the Wolves over the Bulldogs.

Jaxson Watkins had 10 points for Enterprise.

Daxon Toone had 15 points for Virgin Valley, and Riley Waite and Will Barnum each added 11 points.

Both teams attempted at least 25 free throws, with Shadow Ridge converting 20 of its attempts and Sierra Vista converting 19.

Kobe Kelley added 14 points for Lincoln County, which led 27-23 at the break.

Las Vegas 54, Valley 44 — At Valley, Jaylin Headen scored a game-high 15 points to help the Wildcats take care off the Vikings.

Bryce Jones had a team-high 14 points for Valley.

Centennial 69, Desert Hills (Utah) 49 — At Desert Hills, Austin Anderson led the way for the Bulldogs with 20 points as they took down the Thunder.

Pahranagat Valley 64, Coleville 36 — At Virginia City, Stockton Maxwell scored a game-high 21 points to propel the Panthers to a win over the Wolves.

Valley Christian (Ariz.) 75, Rancho 41 — At Page, Ariz., James Brown had 23 points for the Rams in their loss to Valley Christian in the Lake Powell Holiday Classic championship game.

Kanab (Utah) 63, Moapa Valley 55 — At Mesquite, the Pirates were outscored 31-18 in the first half en route to their loss to the Cowboys.