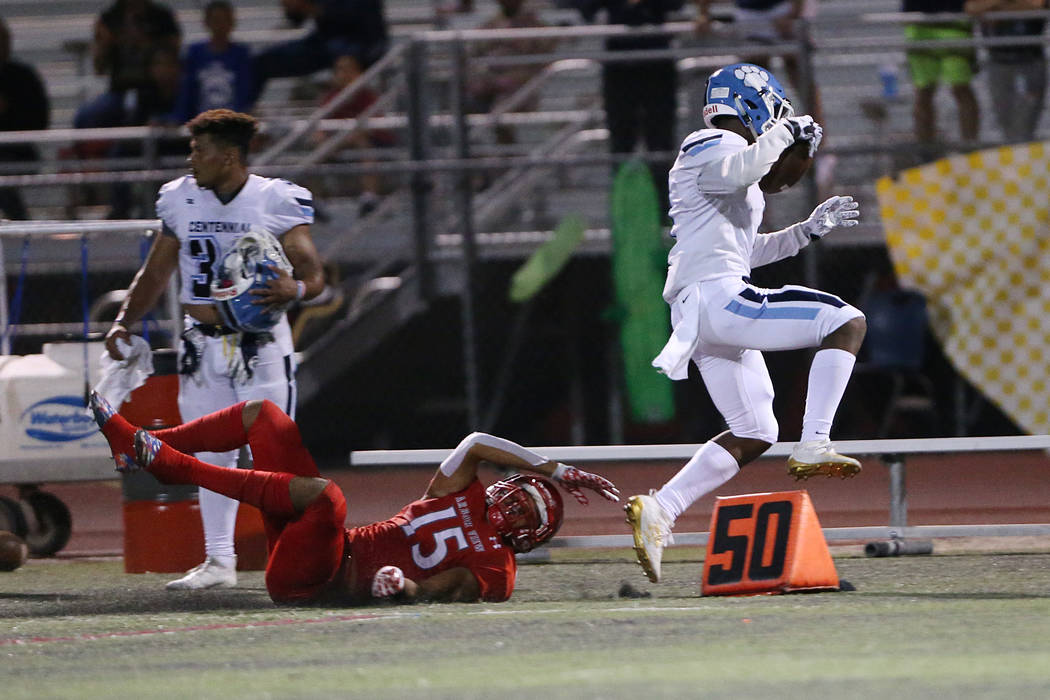 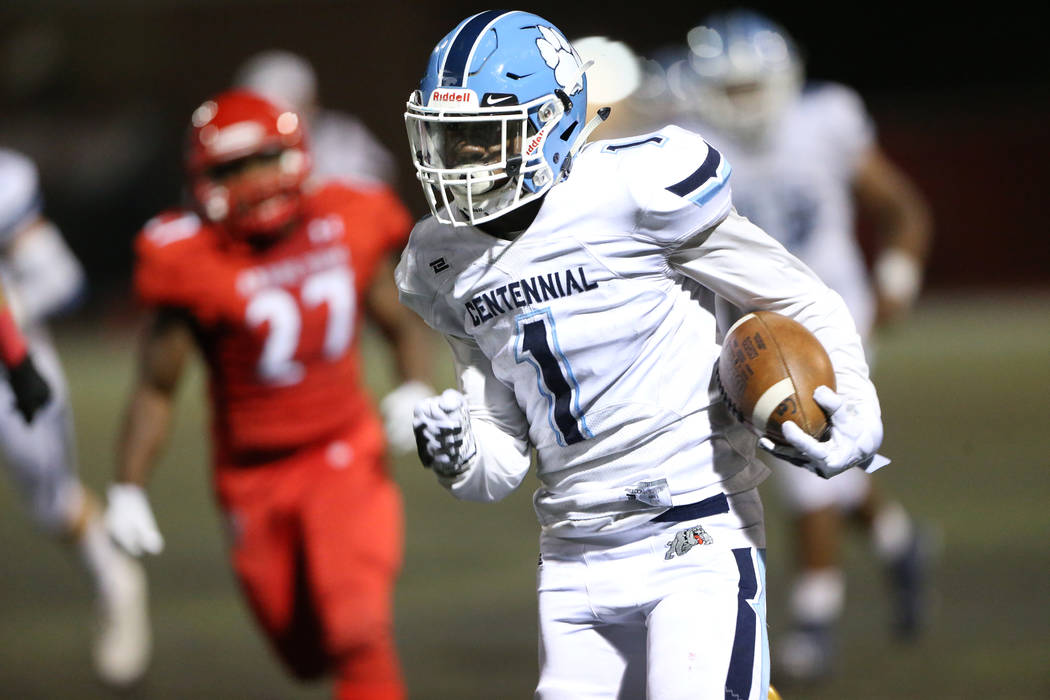 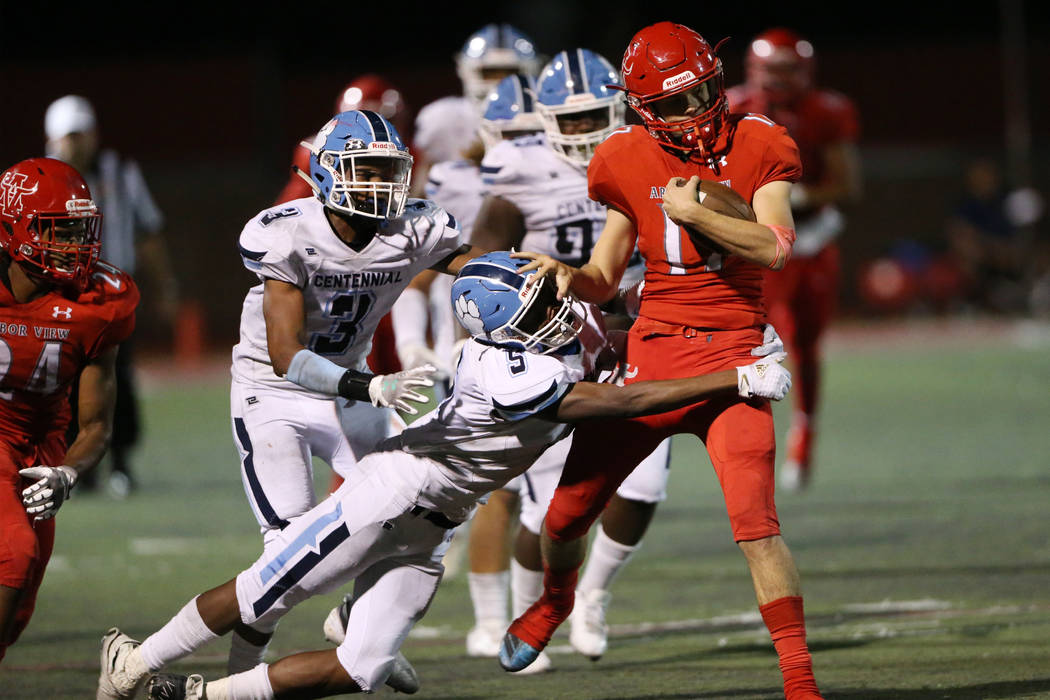 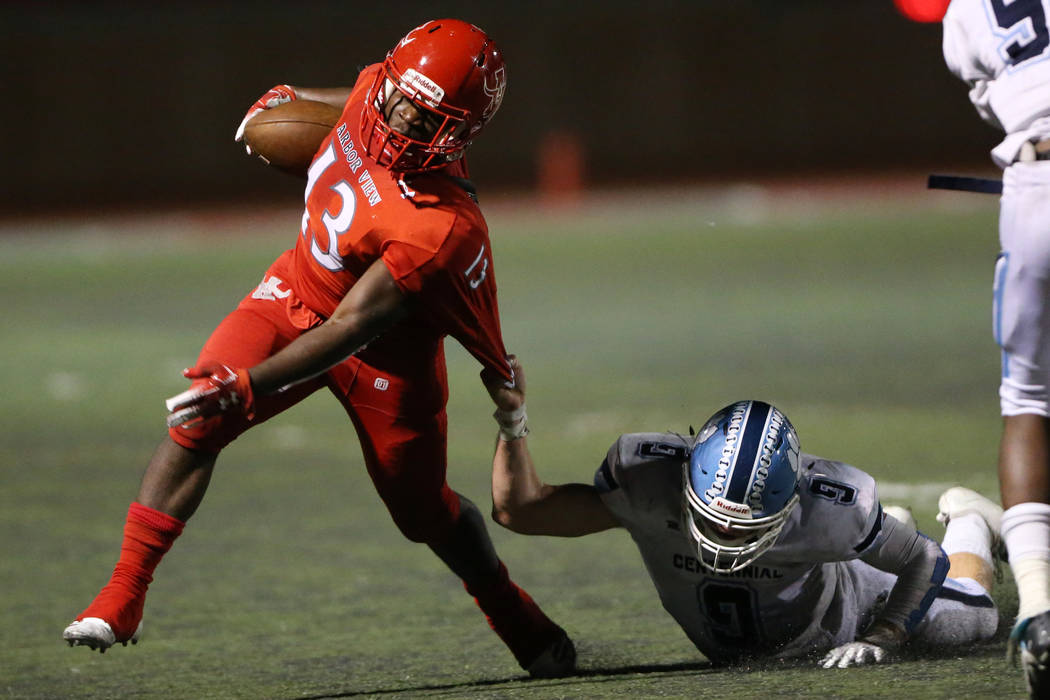 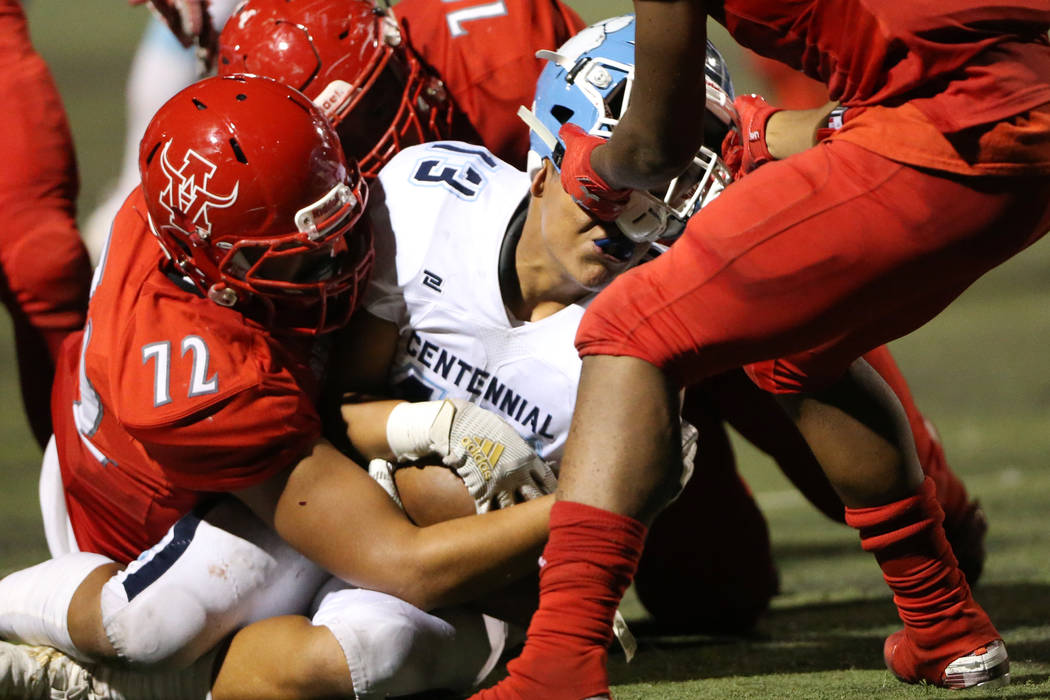 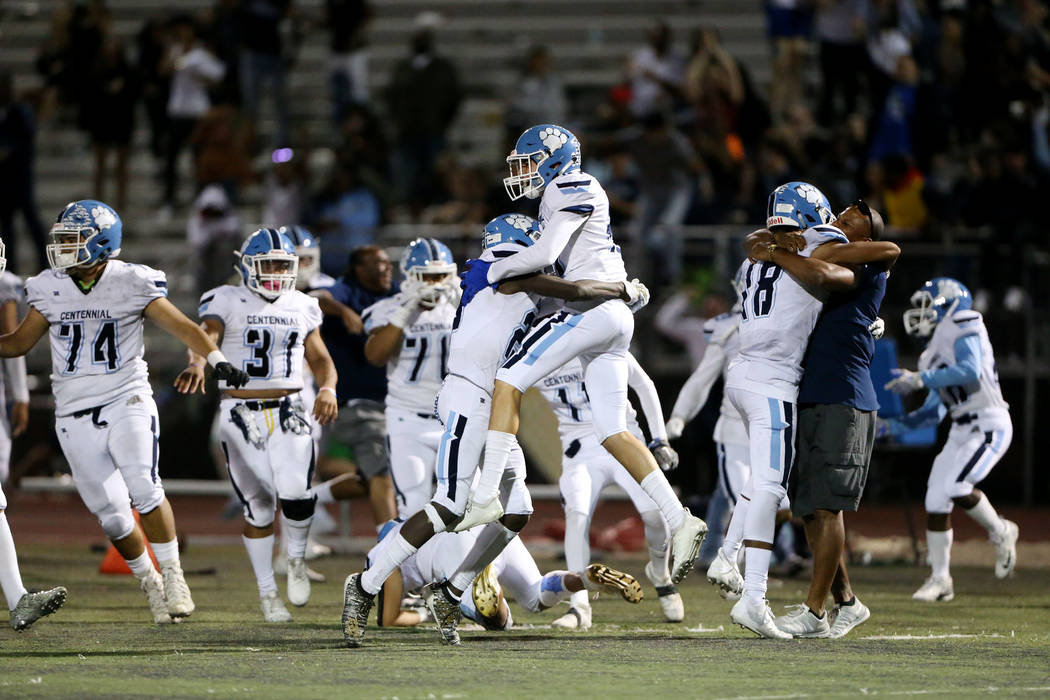 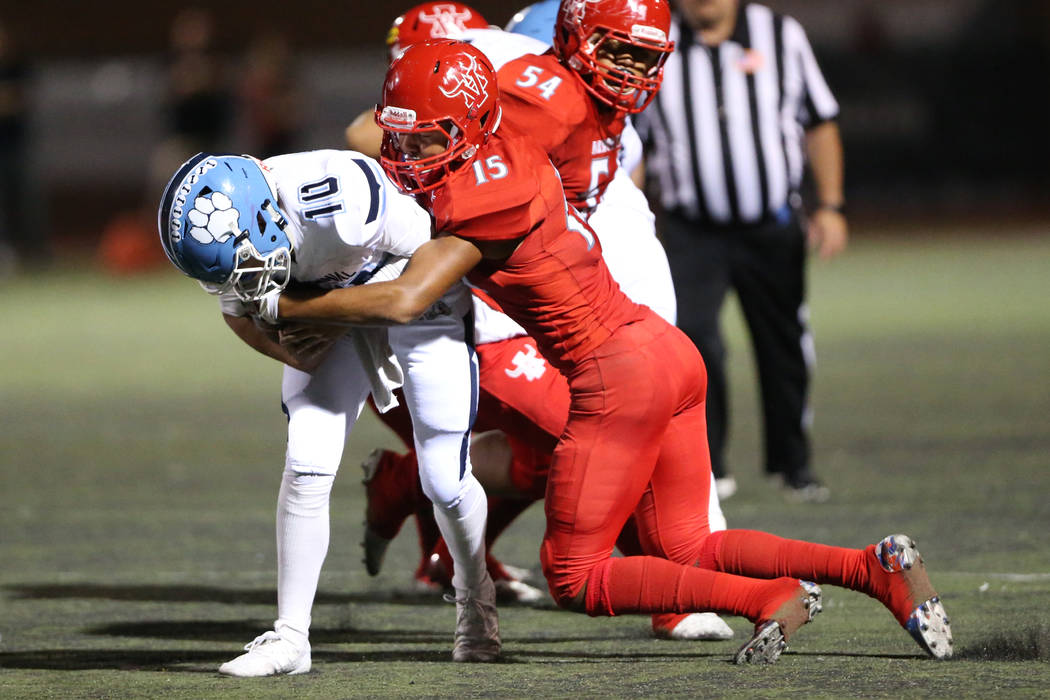 It’s interesting how each prep football week seems to take on some kind of identity.

Last week, wild, close finishes was the theme. But that wasn’t the case Friday.

Only two games in the valley were decided by one score, and the vast majority of them were over by the time the band took the field at halftime.

Even with Centennial’s 17-14 win over Arbor View and Virgin Valley’s 14-7 victory over Boulder City factored in, the average margin among the 15 games was 34.5 points. Bishop Gorman, Desert Oasis and Spring Mountain posted 62-0 wins. Del Sol scored 49 points and Chaparral 36 in shutout victories.

Some games got out of control in the second half and weren’t quite as one-sided as the score indicates.

One of those was between unbeatens Desert Pines and Foothill.

Darrien Stewart gave Desert Pines a lead 12 seconds in with a 70-yard kickoff return for a touchdown, and the Jaguars led 20-0 less than a minute into the second quarter. The Falcons responded with two scores to get within 20-14, but Desert Pines pulled away for a 33-14 win.

Shadow Ridge led Cimarron-Memorial 20-13 at halftime, but four second-half turnovers sparked the Mustangs to a 55-20 victory. That was an especially important win because it was the Northwest League opener.

Las Vegas led Basic 13-0 at halftime, but two touchdowns in short order in the third quarter got the Wildcats going in a 41-12 victory.

Legacy fell behind 14-0 against Coronado, then erupted for 21 fourth-quarter points in a 42-21 victory. Las Vegas and Legacy have byes next week before opening Northeast League play against each other.

— Centennial is a contender.

The Bulldogs are 4-0 after their victory over Arbor View and now are the Northwest League favorites. There’s a long way to go, of course, but this was an impressive statement.

The 17-14 final easily could have been larger. The Bulldogs just missed on several throws down the field that would have been big plays. Arbor View gets credit for staying close and scoring late to make things interesting.

But it’s usually not a good sign when the Aggies have more yardage passing than rushing, which was the case. The Bulldogs went toe-to-toe with the Aggies in the trenches and came out as victors.

Centennial steps out of league play next week to meet Canyon Springs, then hosts Faith Lutheran. That will be another huge test for the Bulldogs, who lost to the Crusaders 36-7 last season.

Centennial and Las Vegas might have something to say about this based on their unbeaten records, and the Wildcats will get their shot at the Jaguars in Northeast League play. Despite its 0-5 nonleague record, Liberty never can be discounted, either.

But based on Desert Pines’ sheer dominance, including at times against a strong Foothill team, the Jaguars have earned that distinction. They might be the state’s second-best team behind Bishop Gorman.

Based on the regional setup this season, Desert Pines won’t get a chance to prove itself any better than second until the state championship game.

It’s the opening week of Class 4A Southeast League play. Liberty comes off a bye and plays at Chaparral. Green Valley heads to Coronado, and Foothill hosts Basic.

Clark plays at Durango, with the winner taking a massive step toward a playoff berth out of the Southwest League. 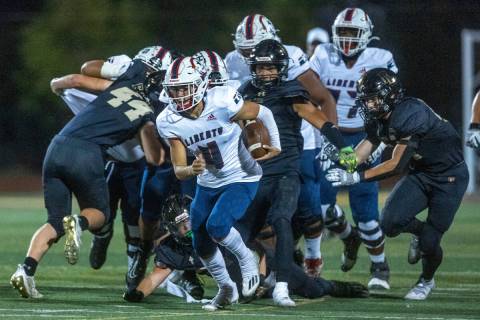 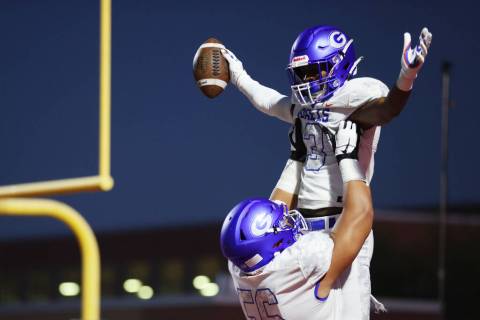 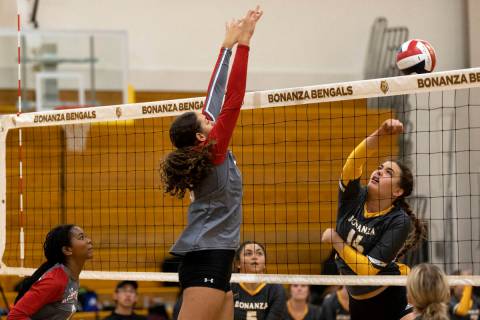 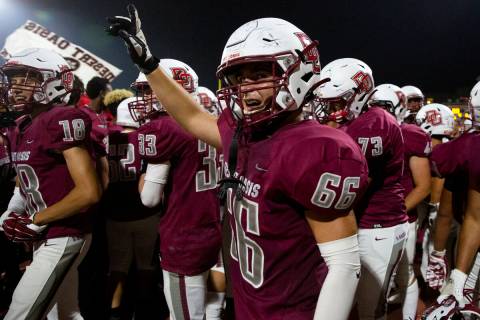 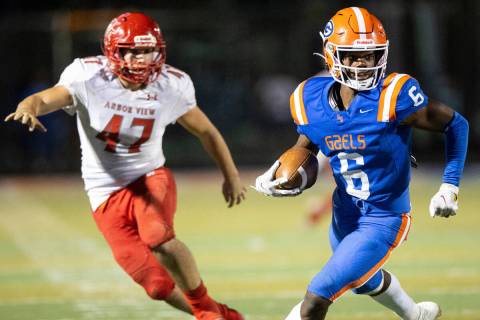 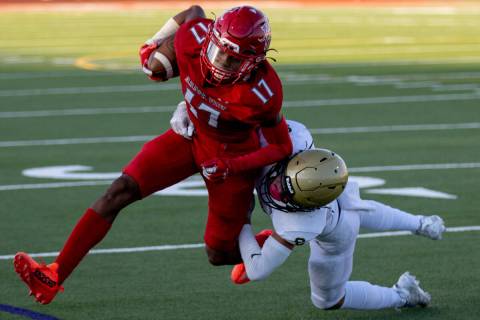