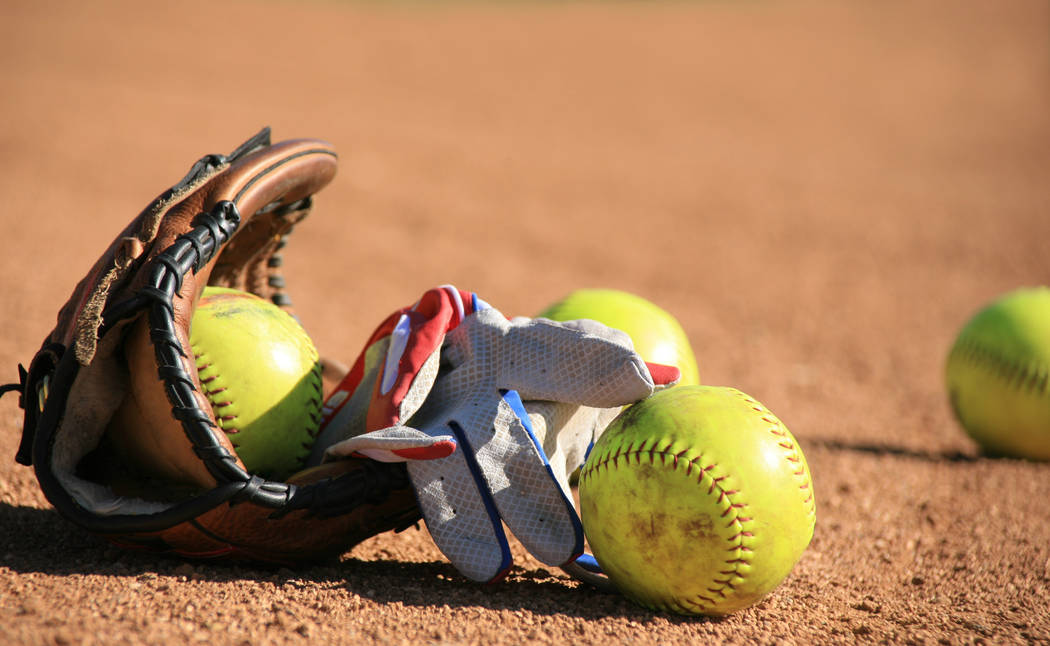 Adriana Thomason scored on a passed ball in the bottom of the seventh inning to lift Arbor View’s softball team to a 7-6 home victory over Faith Lutheran on Thursday.

Thomason drove in the tying run with an RBI single earlier in the inning, and finished 5-for-5 with three RBIs.

Lileya Kebos went 4-for-4 for the Aggies.

Clara Heislen was 2-for-4 with an RBI for the Crusaders.

Boulder City 21, Del Sol 6 — At Del Sol, Lily Osman was 5-for-6 with a home run, a triple and five RBIs for the Eagles, who scored eight runs in the seventh inning to handle the Dragons.

Abby Giunta was 2-for-5 with four RBIs for Boulder City, and teammate Ashley Wishard was 3-for-6 with a triple and an RBI.

Selena Erickson was 3-for-4 with three RBIs for Del Sol.

Durango 15, Bonanza 2 — At Bonanza, Trinity Valentine tossed a complete game with 14 strikeouts and one walk as the Trailblazers routed the Bengals.

Alexis Geraldo was 4-for-5 with two two-run homers for Durango, and Kailtin Fazendin, Destiny Cisneros and Valentine each doubled twice.

Pahrump Valley 17, Sunrise Mountain 0 — At Sunrise Mountain, Terrena Martin, Jacqellen Stobbe and Jessica Pearson each doubled to lead the Trojans past the Miners in three innings.

Allyson Rily scattered four hits and struck out three to pick up the victory.

Alyssa Guevara-Canales tripled for the Miners.

Chaparral 3, Virgin Valley 1 — At Virgin Valley, Losa Laogali hit a home run in the third inning to give the Cowboys a key league victory.

Losi Brown pitched a complete game for Chaparral and struck out seven.

Kari Wakefield was 2-for-4 with an RBI for Virgin Valley.

Moapa Valley 16, Tech 0 — At Tech, Emilie Barraza and Sierra Staheli combined on a four-inning no-hitter, as the Pirates pounded the Roadrunners.

Kessa Evans had two hits and four RBIs for Moapa Valley, which jumped out to a 6-0 lead after the first inning.

Cimarron-Memorial 16, Legacy 1 — At Cimarron, Mya’Liah Bethea went 2-for-3 with five RBIs for the Spartans in their four-inning victory over Legacy.

Kaeley Roldan went 2-for-2 with three RBIs for Cimarron, and teammate Angie Chin was 2-for-3 with two RBIs.

Angel Ortiz was 1-for-2 for Legacy.

Desert Pines 21, Western 4 — Mireyah Ortiz went 5-for-5 with four doubles and six RBIs for the Jaguars in a five-inning victory over the Warriors.

Jocelyn Bailon was 4-for-5 with two doubles, a triple and three RBIs, and Alejandra Olan doubled twice with three RBIs for Desert Pines.

Alexa Camacho went 1-for-3 with a double and an RBI for Western.

Cheyenne 10, Mojave 8 — At Mojave, Danica Lund hit an RBI triple down the right-field line and later scored on a groundout in the top of the eighth as the Desert Shields edged the Rattlers.

Mojave tied the game in the bottom of the seventh on a two-run homer by Jessica Ortiz.