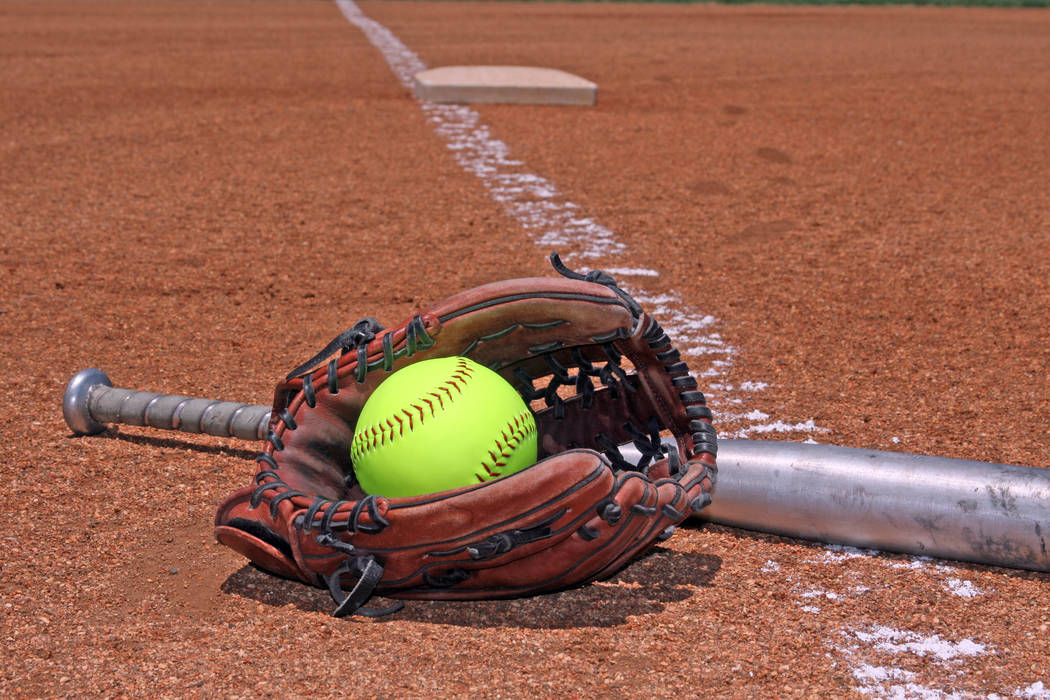 Kylie Sharapan was 2-for-4 with a double, a run and five RBIs as Cimarron-Memorial’s softball team edged visiting Silverado 13-12 on Monday.

Alezandria Guariglia was 4-for-4 with a home run, three runs and three RBIs for Silverado, which scored seven runs in the top of the sixth.

Megan Johnson was 2-for-3 with two runs and two RBIs for the Skyhawks.

Virgin Valley 13, Boulder City 11 — At Mesquite, Taylor Barnum homered and knocked in three runs to power the Bulldogs over the Eagles.

Kari Wakefield tripled and had three RBIs for the Bulldogs, and Savannah Price doubled.

Jerra Hinson homered for the Eagles, who scored four runs in the final two innings to make it close.

Desert Oasis 19, Bishop Gorman 9 — At Desert Oasis, Fia Tofi was 3-for-4 with a grand slam as the Diamondbacks beat the Gaels in six innings.

Jada Moreno doubled for the Diamondbacks, who got doubles from Paisley Garcia, Meaghan McInerney, Holly Severance and Makayla Rickard.

Moapa Valley 19, Del Sol 7 — At Del Sol, Emilie Barraza tossed a complete game and went 3-for-5 with a home run, a double, and five RBIs as the Pirates defeated the Dragons.

Kaitlyn Anderson went 4-for-5 with a double, triple, and five RBIs for Moapa Valley, Aria Messer went 5-for-5 with two triples and five runs scored, and Abbie Evans went 2-for-5 with a triple and a run scored.

Chaparral 19, Tech 6 — At Tech, Losa Laolagi went 2-for-4 with a double and five RBIs as the Cowboys rolled past the Roadrunners.

Fernanda Rivas also went 2-for-3 with a double and an RBI for the Cowboys, and Losi Brown pitched a complete game to earn the victory.

Sierra Vista 15, Spring Valley 0 — At Sierra Vista, Tyerra Kaaialii homered for the Mountain Lions as they routed the Grizzlies in three innings.

Schneider and Harmony Dominguez combined on the no-hitter for Sierra Vista.

Durango 17, Clark 0 — At Clark, Alexis Geraldo homered and had five RBIs as the Trailblazers blew by the Chargers in three innings.

Every Durango player either scored or had an RBI, and Keely Thompson scored three times.

Trinity Valentine struck out eight for the Trailblazers.

Cheyenne 13, Western 0 — At Western, Madelynn Kennedy pitched a two-hitter with 18 strikeouts as the Desert Shields blanked the Warriors.

Victoria Rosales went 4-for-5 with two doubles and four RBIs, and Hanna Tennant was 2-for-4 with a double and three RBIs for Cheyenne, which scored five runs in the top of the seventh.

Jessica Mercado was 3-for-5 with an RBI for the Desert Shields.

Pahrump Valley 20, Mojave 2 — At Mojave, Amaya Mendoza pitched all four innings in a victory over the Rattlers.