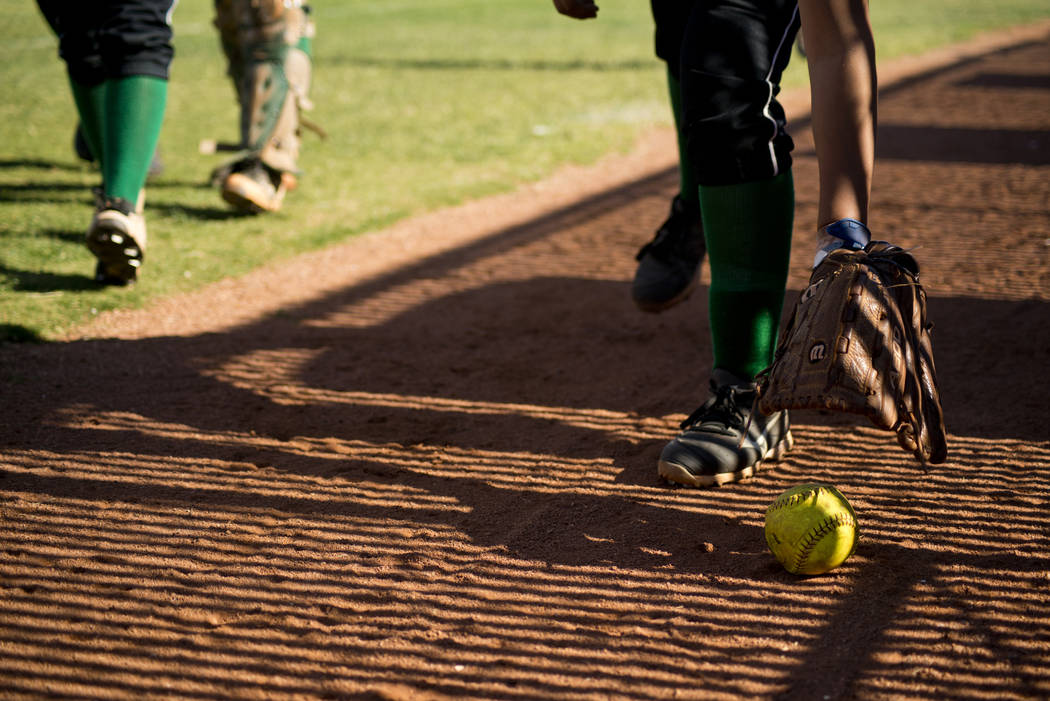 MacKenzie Perry scattered seven hits and struck out 14 in a complete-game effort Monday as Rancho’s softball team posted an 11-1 win at Las Vegas High and improved to 17-0 overall.

Lorena De La Torre was 2-for-2 with a triple, two runs and an RBI for Rancho.

Kaitlyn Horstdaniel was 3-for-4 with two doubles and an RBI for the Wildcats.

Arbor View 13, Faith Lutheran 1 — At Faith Lutheran, Trinity Brandon was 3-for-4 with three home runs and four RBIs to lead the Aggies by the Crusaders in five innings.

Roxanne Ines was 1-for-3 with two runs for Arbor View.

Kalsey Kekahuna-Lopes was 3-for-3 with a double and a run for Faith Lutheran.

Centennial 14, Bonanza 0 — At Bonanza, Deanna Barrera went 4-for-4 with two home runs, two doubles and eight RBIs as the Bulldogs routed the Bengals in five innings.

Ashlynn Heck was 3-for-4 with a double and an RBI, and Abby Hanley went 3-for-4 with four runs for Centennial.

Shadow Ridge 16, Eldorado 0 — At Eldorado, Alyssa Stanley spun a three-inning perfect game and struck out eight to lead the Mustangs by the Sundevils.

Alexis Toia was 3-for-3 with a home run, a double and five RBIs for Shadow Ridge.

Palo Verde 17, Cheyenne 1 — At Cheyenne, Alyssa Lybbert went 2-for-3 with four RBIs as the Panthers rolled past the Desert Shields in four innings.

Jadyn Navarro and Eliana Watson combined on a three-hitter for Palo Verde.

Mojave 16, Western 1 — At Mojave, Britnee Holman was 2-for-3 with a double, three runs and six RBIs as the Rattlers routed the Warriors in three innings.

Ysabella Morales was 2-for-2 with three runs, and Marianna Grayer went 1-for-2 with a triple and two RBIs for Mojave.

Ta’Nyia Zeno and Hayli Greenberg combined on a no-hitter for the Rattlers.

Green Valley 15, SLAM Academy 0 — At Green Valley, Cindy Martinez-Escamilla went 2-for-2 with a double, two runs and two RBIs to help the Gators rout the Bulls in three innings.

Hailey Wood was 1-for-1 with two RBIs for the Gators, who scored 11 runs in the first inning.

Destiney Guerrero tossed a one-hitter and struck out two for the Spartans.

Legacy 19, Desert Pines 0 — At Mike Miller Park, Kiani Tung hit a grand slam as the Longhorns rolled past the Jaguars in three innings.

Pahrump Valley 28, Valley 5 — At Pahrump, Jacquellen Stobbe was 3-for-4 with a home run, a double, three RBIs and three runs scored as the Trojans took down the Vikings in three innings.

Natalie Waugh-Magana was 3-for-3 with a double and four RBIs for Pahrump.

Lincoln County 7-7, Calvary Chapel 0-0 — The Lynx won twice by forfeit over the Lions.