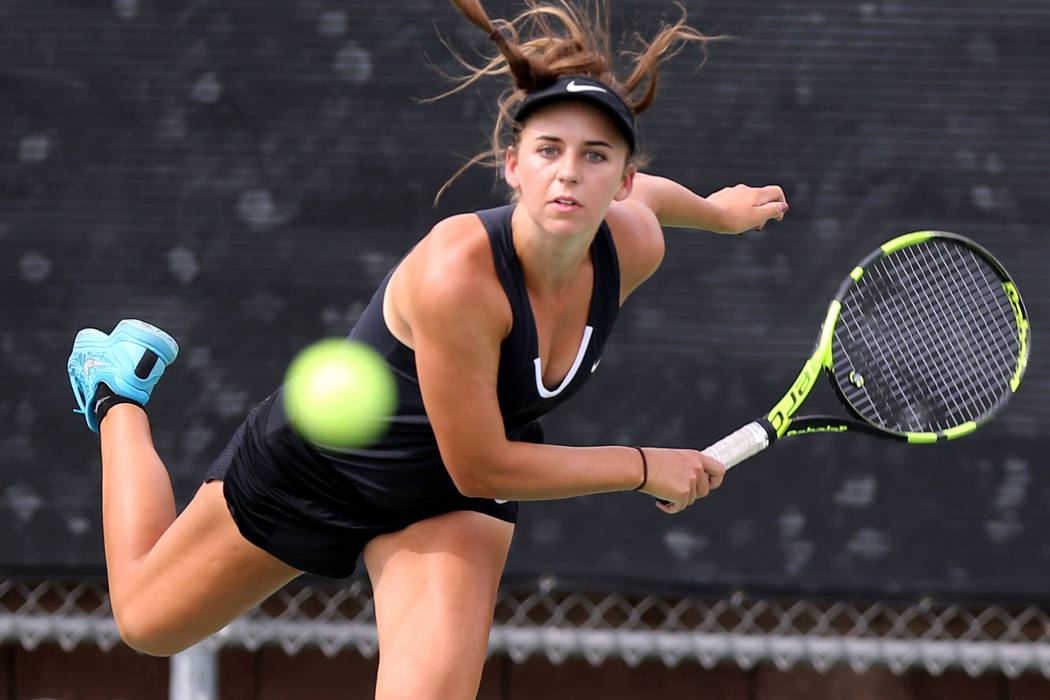 There’s only one word to describe what Audrey Boch-Collins accomplished Thursday — historic.

In the annals of high school tennis in Nevada, no boy or girl had ever won four straight singles championships. That is, until Clark’s Boch-Collins wrapped up a 6-0, 6-4 win over Palo Verde’s Caroline Lemcke in the 4A title match at Bishop Gorman.

“It means a lot. I was just happy to go out there and be the first one to do it,” Boch-Collins said.

The only other four-time individual champions are Palo Verde’s Chloe Henderson (2012-15) and Bishop Gorman’s Horst Dziura (1987-90). Both of them won four doubles titles with two different partners.

The final score line looks like it was a comfortable win. It was anything but, as Lemcke upper her game in the second set.

Lemcke, a freshman left-hander, took the first three games of the set and had Boch-Collins talking to herself with each mistake. Boch-Collins was feeling the weight of the moment but got back within 3-2, then ran off three straight games for a 5-4 lead.

Lemcke swatted away a match point against her and had a game point on her serve to level the score at 5-all. Boch-Collins won the final three points and could finally exhale when Lemcke’s shot on match point sailed beyond the baseline.

Boch-Collins, who will play for Baylor beginning next fall, said she was happy to get the win but a little sad her high school career is over.