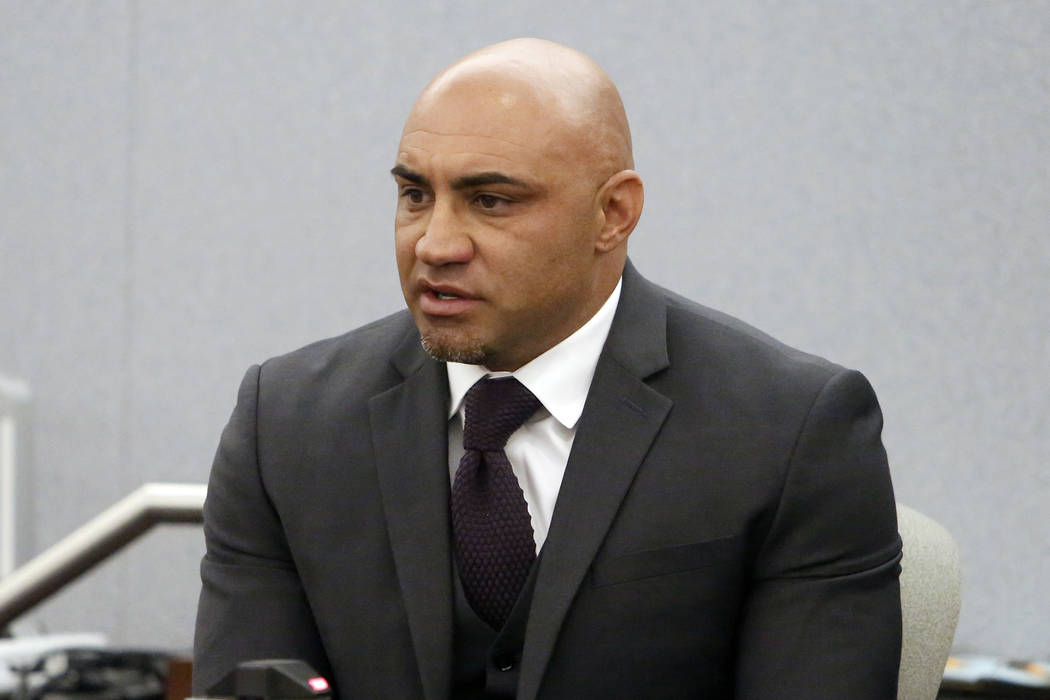 You can’t blame Bishop Gorman football coach Kenny Sanchez for thinking he should have never gone to trial on a domestic violence charge after his girlfriend recanted her story of being attacked by him.

At first blush, what he told USA Today sports after being found not guilty Tuesday of assaulting his ex-girlfriend, Brooke Stewart, on Christmas morning makes sense.

“The prosecutor did a disservice to the justice system and the taxpayers by continuing to take this to trial after the lead witness recanted her story. “

As strange as it may seem, however, the fact that Sanchez went to trial — he admitted in court acting “poorly” during a verbal altercation with Stewart before arriving Christmas morning — turned out to be the best thing for him, the people of Las Vegas, Bishop Gorman High School, and, in large part, the justice system.

We live in a country where every nine seconds, according to the National Coalition Against Domestic Violence, a woman is beaten. We see news stories about domestic abuse cases, and their aftermath, after an athlete beats a supposed loved one in a public elevator, when a celebrity punches out a girlfriend, when the guy down the block beats his wife to a pulp.

We also live in a country where studies show it’s common for a woman who may have been victimized to recant her story of abuse for reasons that include fear of more violence, financial issues and emotional appeals by the perpetrator.

What Stewart told police, that Sanchez grabbed her by the hair and punched her in the face, was sickening. But in early May, just weeks before the trial, Stewart said in a affadavit that the claim was fabricated and that Sanchez never hit her.

Make no mistake: Had the charges against Sanchez then been dropped, a cloud would have remained over the man who coached Bishop Gorman to two national titles.

Many people would have said that somehow powerful people in the community — people who loved the attention brought to Las Vegas by national football championships — found a way to get Stewart to change her mind.

Would the school have then retained him as a dean of students and a football coach? Maybe. But the cloud of suspicion would have always been there for some people, not what a private school likes in the minds of potential payers of tuition.

What happened at trial should clear Sanchez of any suspicion.

Not only was Stewart, who wanted her relationship with Sanchez back, convincing during tearful testimony in which she said she’d never been struck — prosecutors gave her immunity from perjury — the judge was also convincing.

Photos of the alleged incident showed no evidence of a beating, Las Vegas Justice of the Peace Amy Chelini noted.

“I don’t see any evidence whatsoever of a punch in the face, not even a slap,” the judge said. “”This, in my opinion, goes right to ‘hell hath no fury like a woman scorned.’ She was pissed and she made you pay.”

Short of never having charges filed by Stewart in the first place, there could have been no better outcome for Sanchez, or Bishop Gorman, which Thursday lifted its suspension of Sanchez.

And we don’t have to be hesitant about rooting for Bishop Gorman on the national scene, don’t have to wonder whether the school cares more about a pigskin than a woman.

Now they just have to let people know that in the future liars will be prosecuted for perjury.