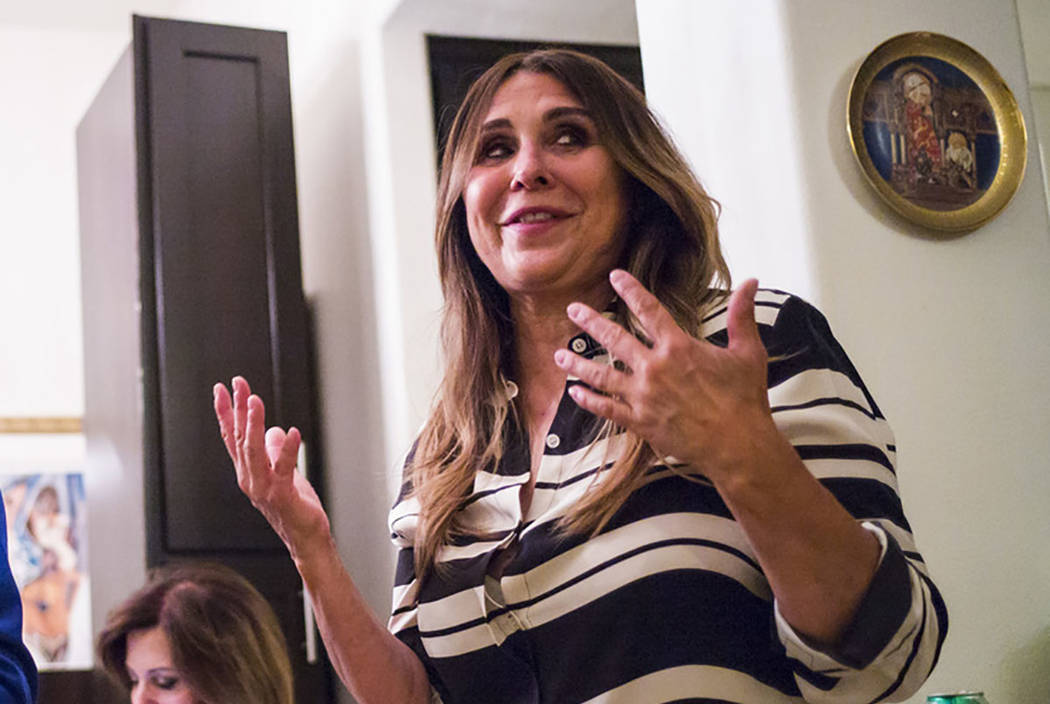 Las Vegas Councilwoman-elect Victoria Seaman received broad voter support across Ward 2 on her way to winning the special election, except for one outlier.

Seaman was overwhelmingly out-mustered in the precinct encompassing the affluent Queensridge neighborhood, where residents worried about high density have long pushed back against the divisive proposal to develop the defunct Badlands golf course weaving through the community.

Of 579 votes cast in the Queensridge area, just 87 went to Seaman, or 15 percent, according to a Review-Journal analysis of election records released last week. Public relations executive Hilarie Grey, who finished second in the June 11 race, garnered support from a whopping 73 percent.

“We just organized the heck out of that area,” Grey said.

Her performance in the Queensridge precinct signaled that a message of smart growth, not anti-development, resonated with voters, she said. Grey also credited community advocate Anne Smith with rallying support.

The outcome in this precinct, which represented only about 7.7 percent of ballots cast in the election, was far from a reflection of the overall race in the Summerlin area. Seaman, who garnered nearly 40 percent of all votes, won 46 of 56 precincts and defeated Grey by more than 8 percentage points in an eight-candidate contest. 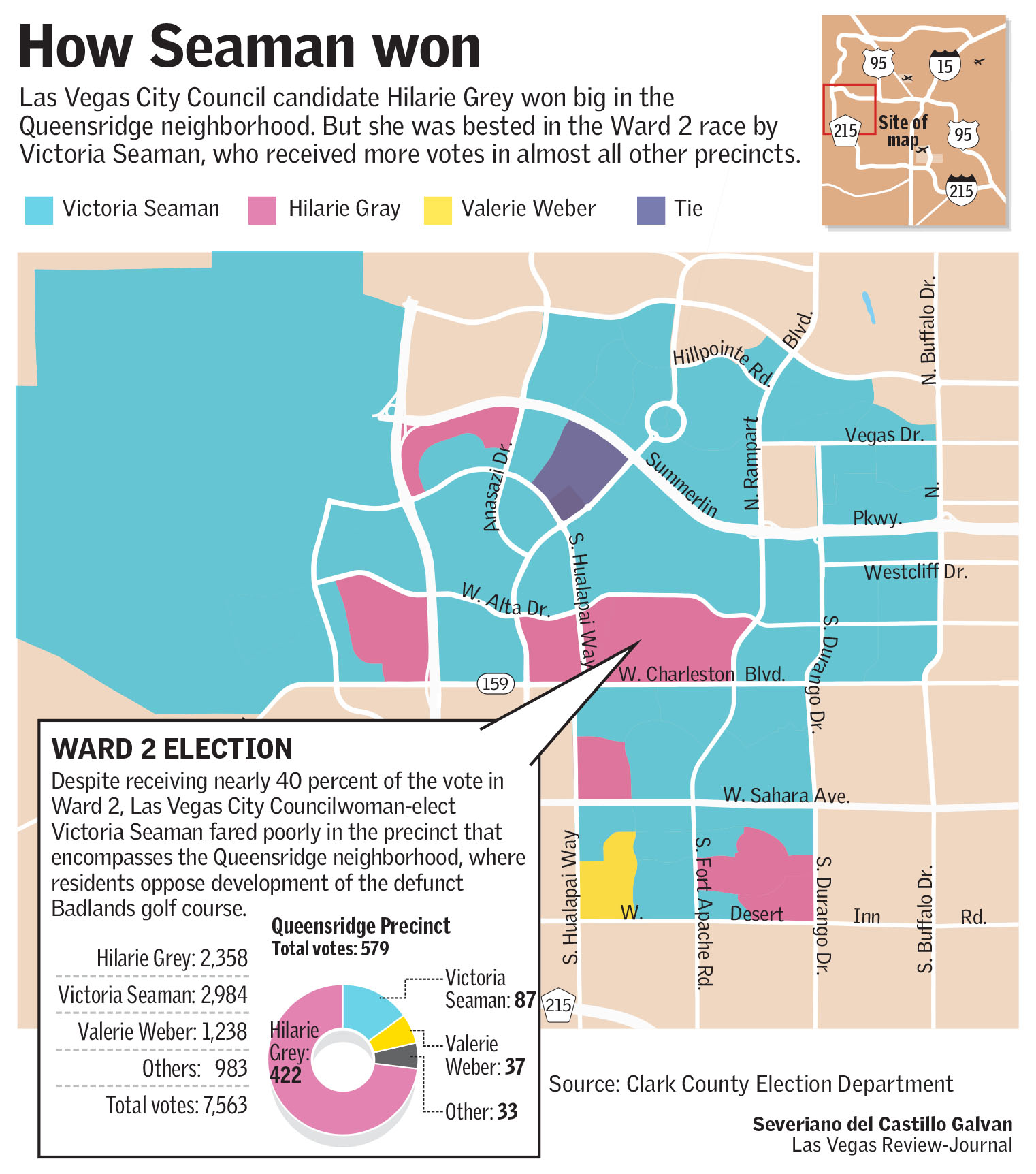 But Seaman’s poor showing in the Queensridge neighborhood illustrates the divide she faces with a small yet vocal swath of the ward’s population. The precinct posted the highest election turnout across Las Vegas — nearly 35 percent, according to county data, compared to a bit more than 10 percent citywide.

In many ways, Seaman’s performance there is not surprising. The former assemblywoman planned to run concurrently with a recall targeting since-resigned Councilman Steve Seroka, who opposed plans to construct homes on Badlands. Seroka elevated the issue to a central tenet of his campaign two years earlier and defeated incumbent and project supporter Bob Beers.

“I don’t see her being a friend to Queensridge,” said gaming attorney and resident Frank Schrek, a staunch project opponent. “She is Bob Beers with long hair.”

Seaman’s candidacy also gained the backing of the stalled project’s developer, EHB Cos., and the laborers union which spearheaded the attempt to remove Seroka from office for his perceived anti-development posture.

Seaman announced her candidacy with a promise to resolve the Badlands dispute, which is tied up in several lawsuits that could potentially cost the city millions in damages for blocking the development. And she has stated she believed developer Yohan Lowie could win litigation because he has property rights. On Friday, she vowed to delve into the specifics of the matter further to do the “right thing” legally.

“Looking back on the race, I made a big concerted effort to reach out to the folks in Queensridge, because I think I was labeled as not supporting them because I was willing to be the nominee if Seroka was recalled,” Seaman said Friday. “Certainly I hope that they will allow me to show them that I will represent everyone including them.”

Ward 2 wasn’t the only ward in Las Vegas where candidates performed in pockets as they might be expected.

In Ward 3, former Assemblywoman Olivia Diaz outpolled Veterans Affairs project manager Melissa Clary 361 to 199 in the Assembly district she represented from 2010 to 2018, according to election records.

Diaz’s roughly 64 percent vote total in her old district far surpassed the split of the race overall, which she won with just over 51 percent of ballots cast.

Meanwhile, Clary fared better in the Huntridge neighborhood precinct, where she has been a longtime advocate. She took about 63 percent of 618 votes, data shows.

In general, Diaz performed better in the northeastern part of the downtown ward, while Clary did better in its southwest.