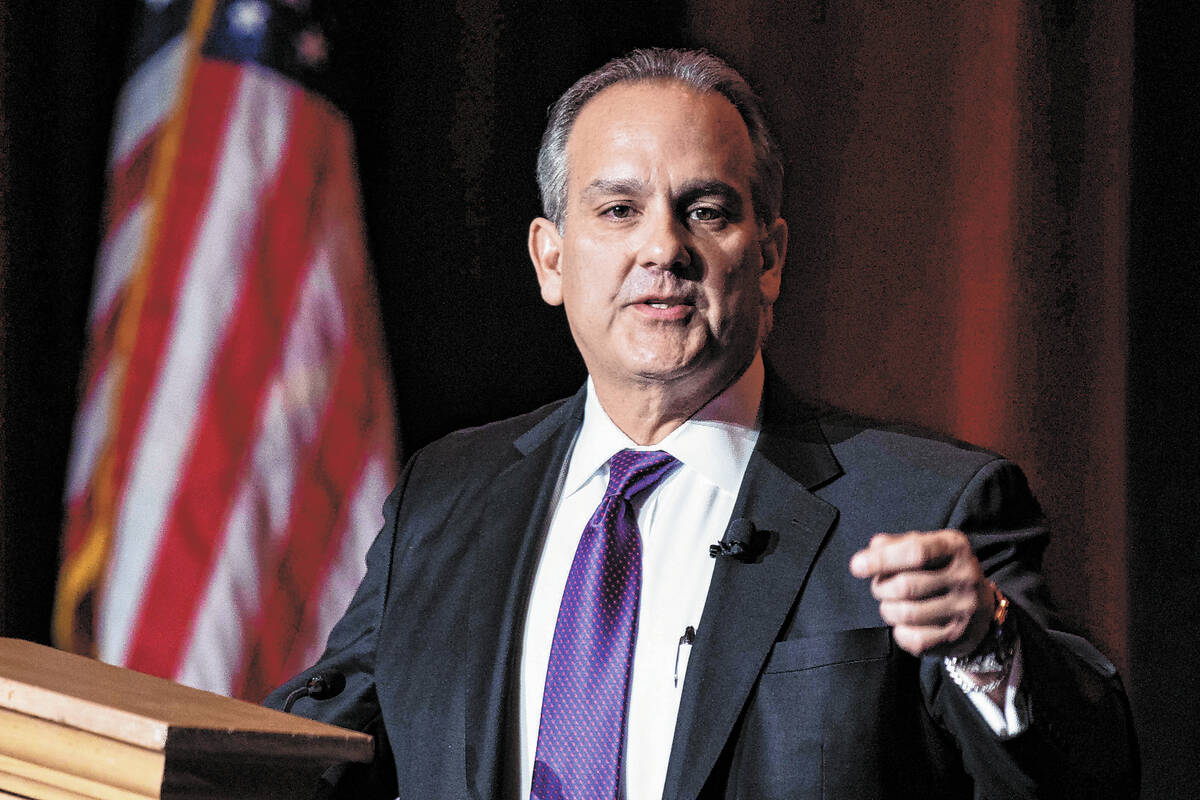 New education funding disproportionately harmed many of Nevada’s minority students. In other circumstances, progressive activists might decry this as an example of systemic racism.

The Clark County School District continues to have a severe teacher shortage. There are more than 1,200 openings for licensed personnel as of last week. It’s safe to assume that students in a school with a large number of teacher vacancies are more likely to struggle academically.

To hear the district tell it, the solution to this shortage is spending more. That’s how Superintendent Jesus Jara justified boosting starting teacher pay by $7,000 a year. He also gave $5,000 bonuses to current teachers.

It didn’t work. Last year, the district had 15,475 classroom teachers on the first day of school. This year, it had 14,849. So the district boosted pay and ended up with 626 fewer teachers. Those numbers come from the district via a records request.

The district has a retention problem, not a pay problem. An obvious culprit is Jara’s desire that schools not punish students for wrongdoing, which led to an explosion of violence. Go figure that teachers wouldn’t want to work in dangerous schools.

Another cause could be Jara and the board’s decision to gut grading standards. Take away the consequence of bad grades, and students will work less. That means they’re learning less. Not great for teacher morale, especially when there are charter schools that haven’t surrendered to leftist dogma.

The district said recently that its per-pupil funding has gone up by 25 percent in just four years. With that new money, schools created new positions. As a recent Review-Journal editorial detailed, teachers flocked to openings in suburban schools. In a response piece last Sunday, Jara acknowledged that teachers moved to more “desirable areas.” That left schools in poorer locations with a slew of openings.

“79.1 percent of students at schools with at least a 20 percent teacher vacancy percentage are Black/African American and Hispanic/Latino,” the district reported at a June board meeting.

Jara tried to suggest that this is the fault of a state law allowing schools to set their own budgets. His argument is that he can’t direct teachers from one school to another or limit hiring even if there’s a districtwide shortage. That law, however, didn’t stop Jara from trying to unilaterally fire school deans in 2019. He showed no such initiative in this situation.

But regardless of what Jara could have done, think about the implications. Increased spending disproportionately deprived Black and Hispanic students of a full-time teacher. They’re now likely to learn less. This puts them on a trajectory where they’re more likely to drop out of school or run afoul of the law.

According to the district policy, this is systemic racism. The district defines the term as “policies that are detrimental to communities and students based on race.” In this case, increased funding certainly qualifies. That policy then calls for the removal of systemic racial barriers for students. That means Jara is bound to advocate for less funding.

Instead, Jara’s proposed solution is a reflexive demand for even more money. If the situation were reversed, critical race theory proponents would likely label his actions as racist. That’s how this game works. Critical race theory and its rebranded offshoots, such as anti-racism, aren’t consistent principles to uphold. They’re rhetorical clubs to be pulled out when it advances the progressive agenda.

If Jara and the district took this philosophy seriously, they’d be demanding an immediate decrease in education funding.