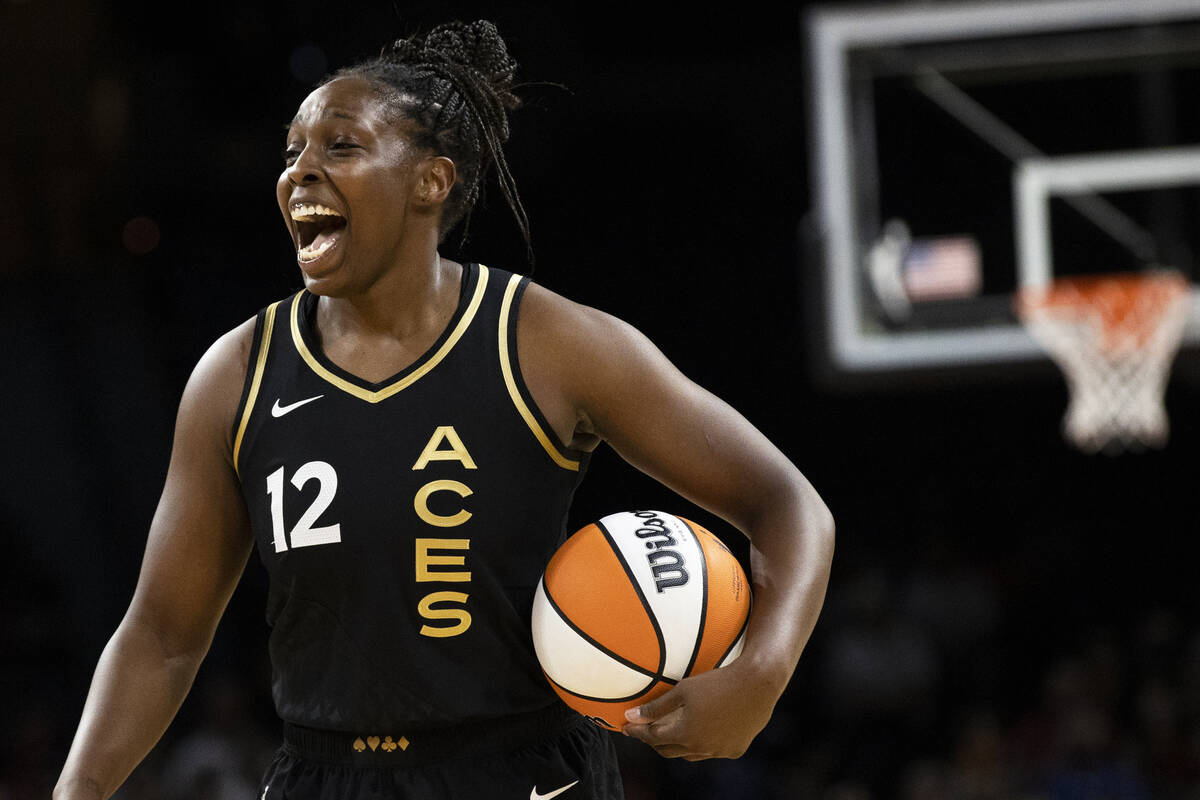 Aces guard Chelsea Gray (12) celebrates a big offensive play in the first half during a WNBA basketball game against the Phoenix Mercury on Tuesday, May 17, 2022, at Michelob ULTRA Arena, in Las Vegas. (Benjamin Hager/Las Vegas Review-Journal) @benjaminhphoto

The Aces made another move to secure their core for the future by signing point guard Chelsea Gray to a multiyear extension Monday.

A source close to the team said it was a two-year deal that will keep Gray, 29, with the Aces through the 2024 season.

“I’m so excited to continue my career with the Aces organization,” Gray said in a statement. “The way they treat their players is second to none. Becky (Hammon) and her staff’s vision aligns with the goals I have for myself and this team. I know my value, and I’m grateful for an organization that recognizes that as well.”

Gray, a 2021 Olympic gold medalist and 2016 WNBA Champion, originally signed with the Aces as an unrestricted free agent before the 2021 season.

Her new contract comes just about a week after the Aces extended wing Jackie Young for two years.