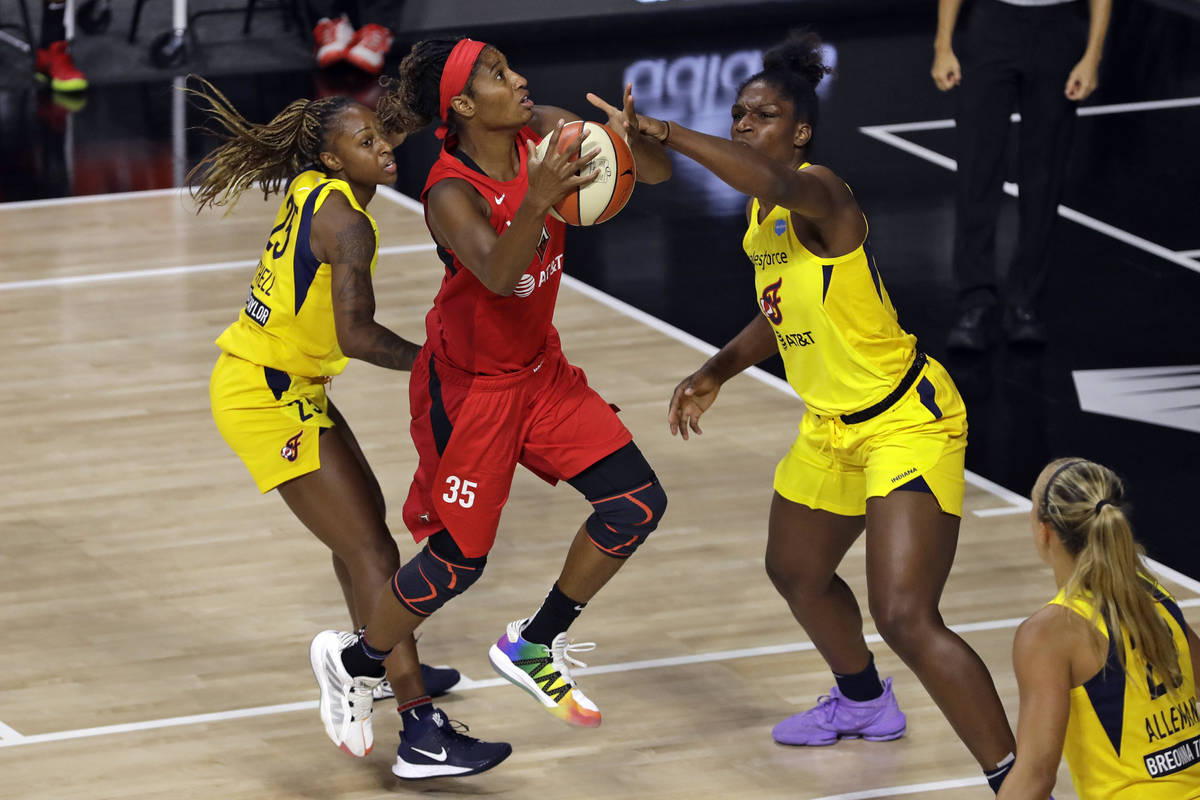 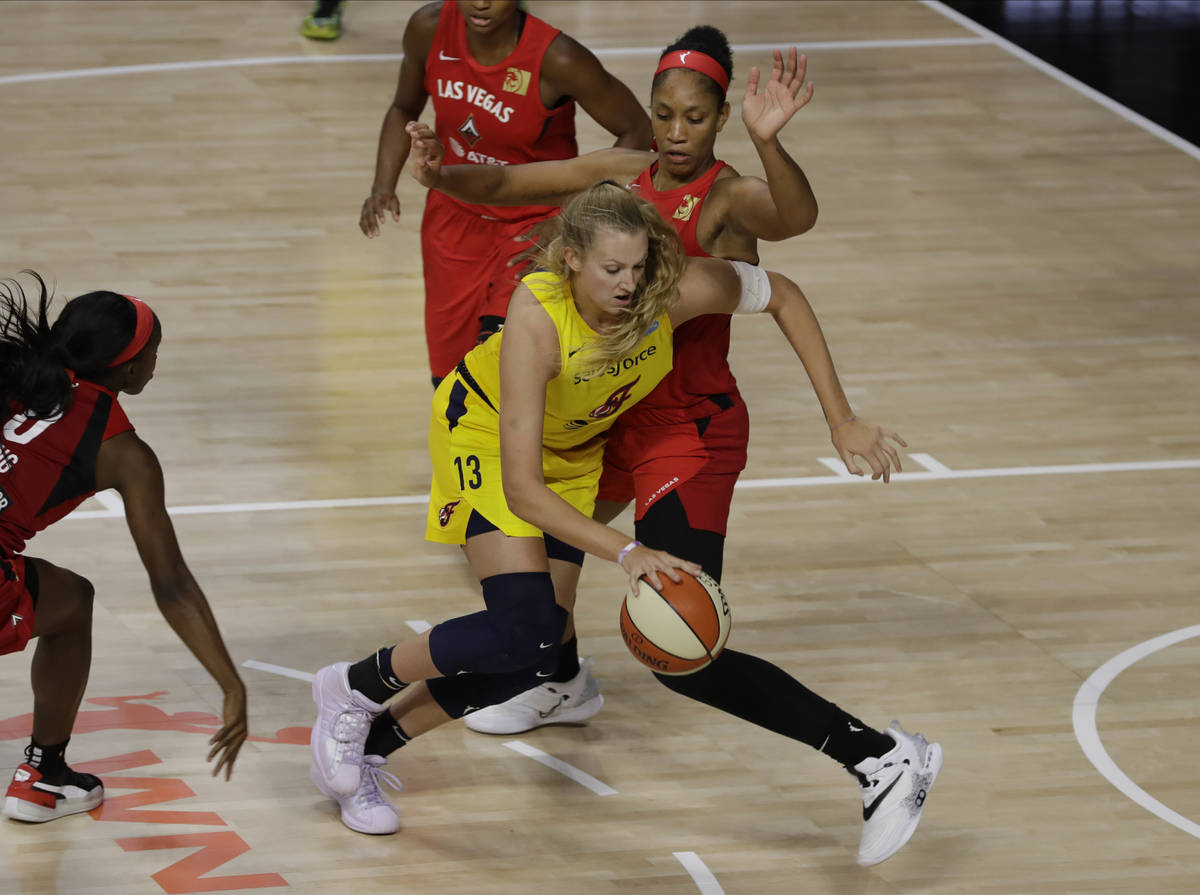 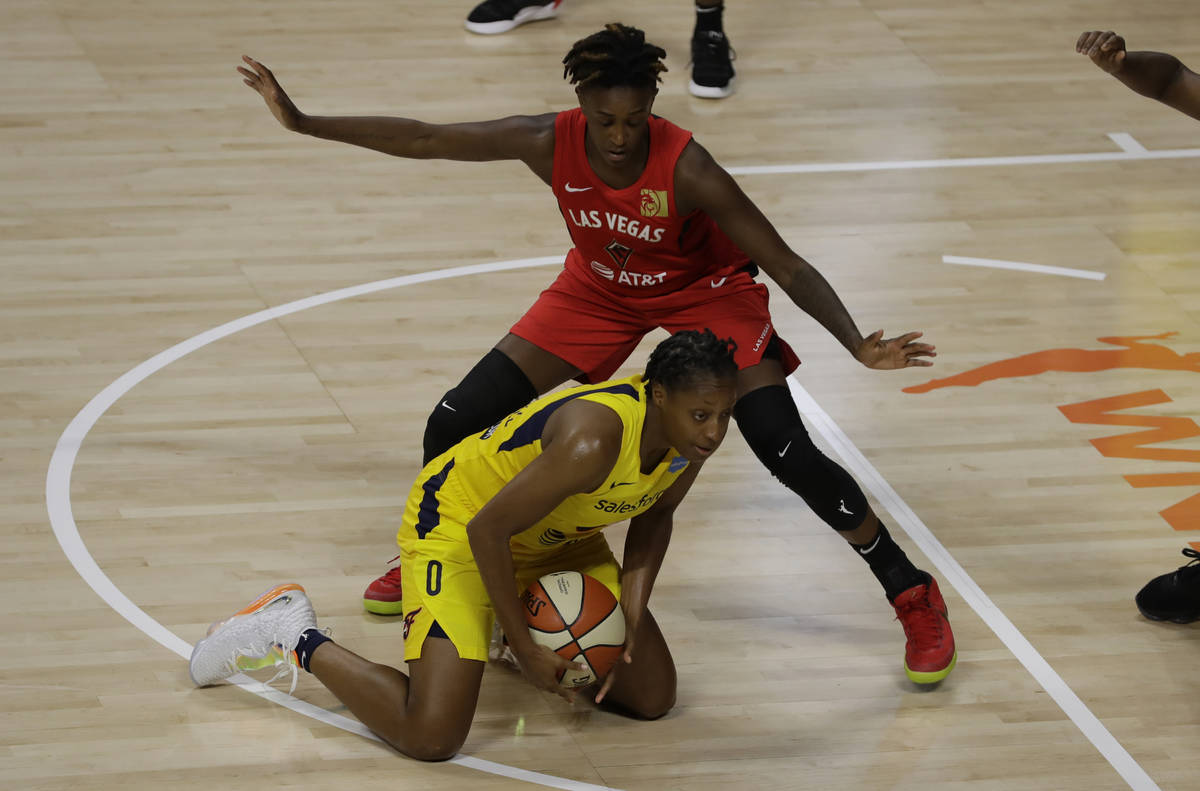 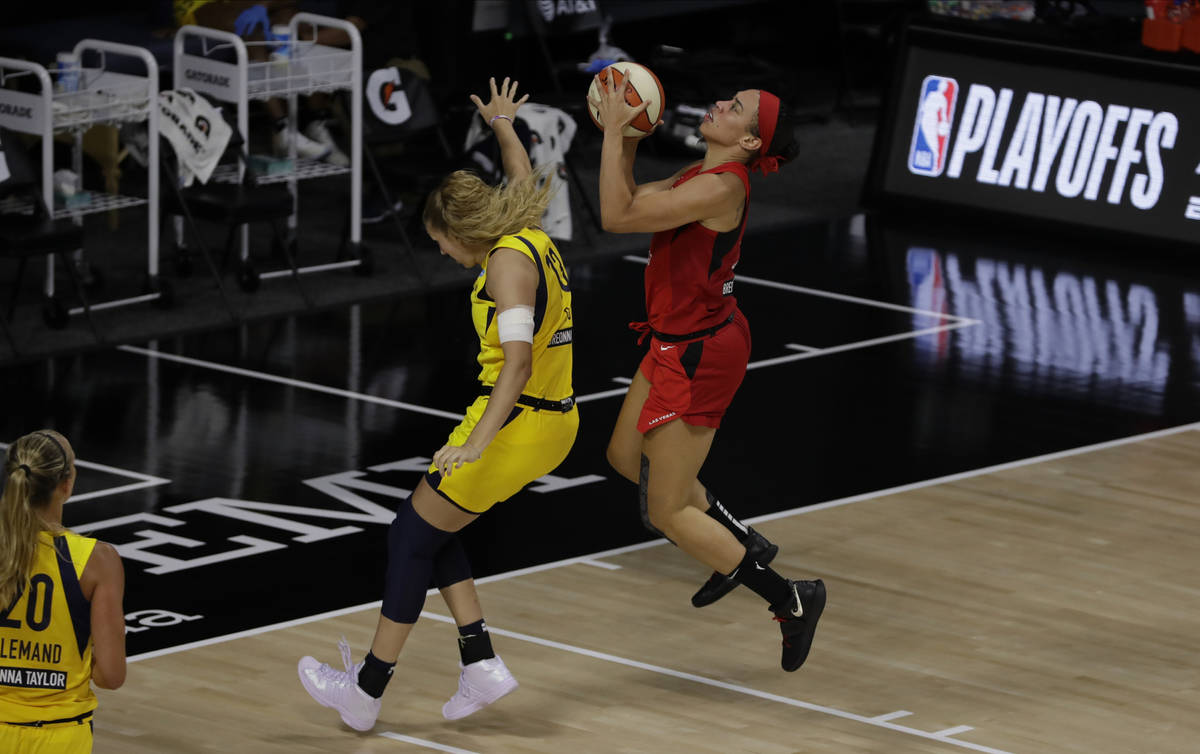 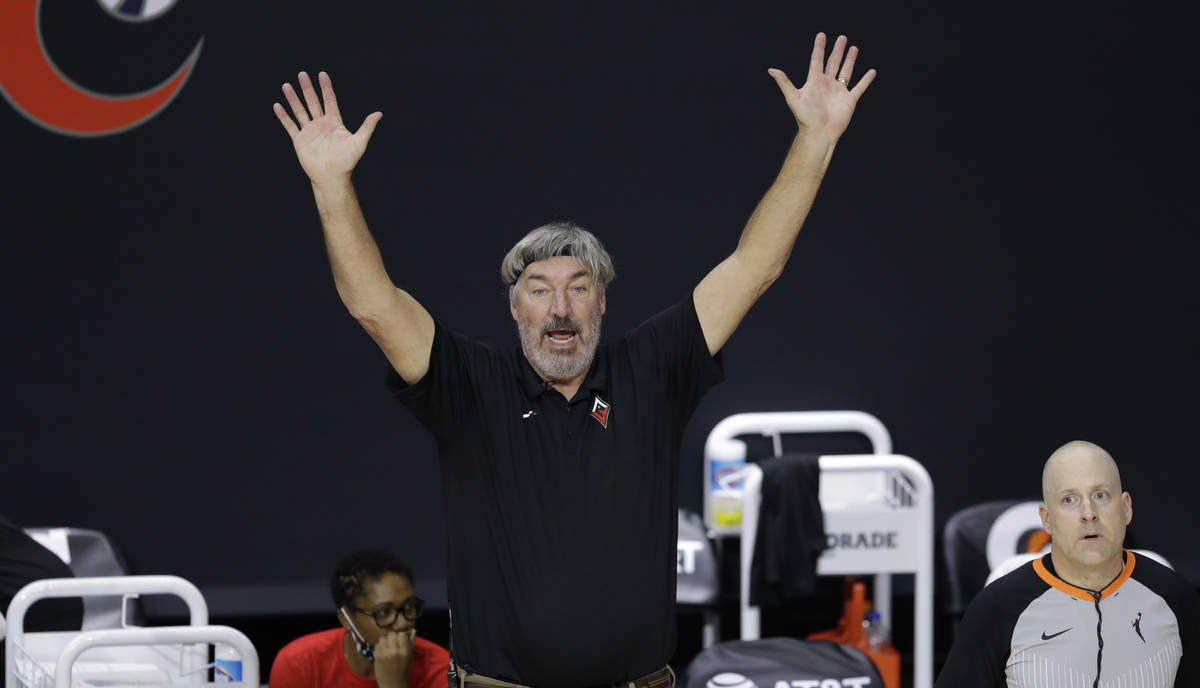 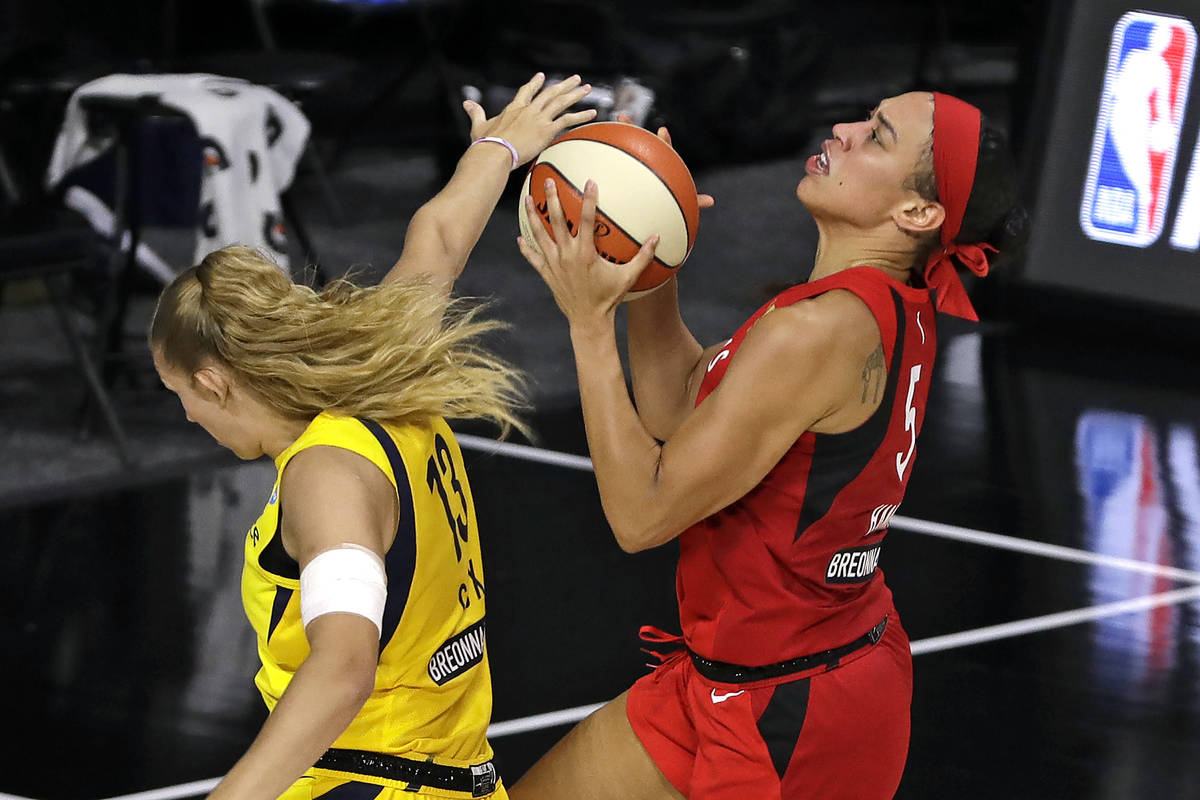 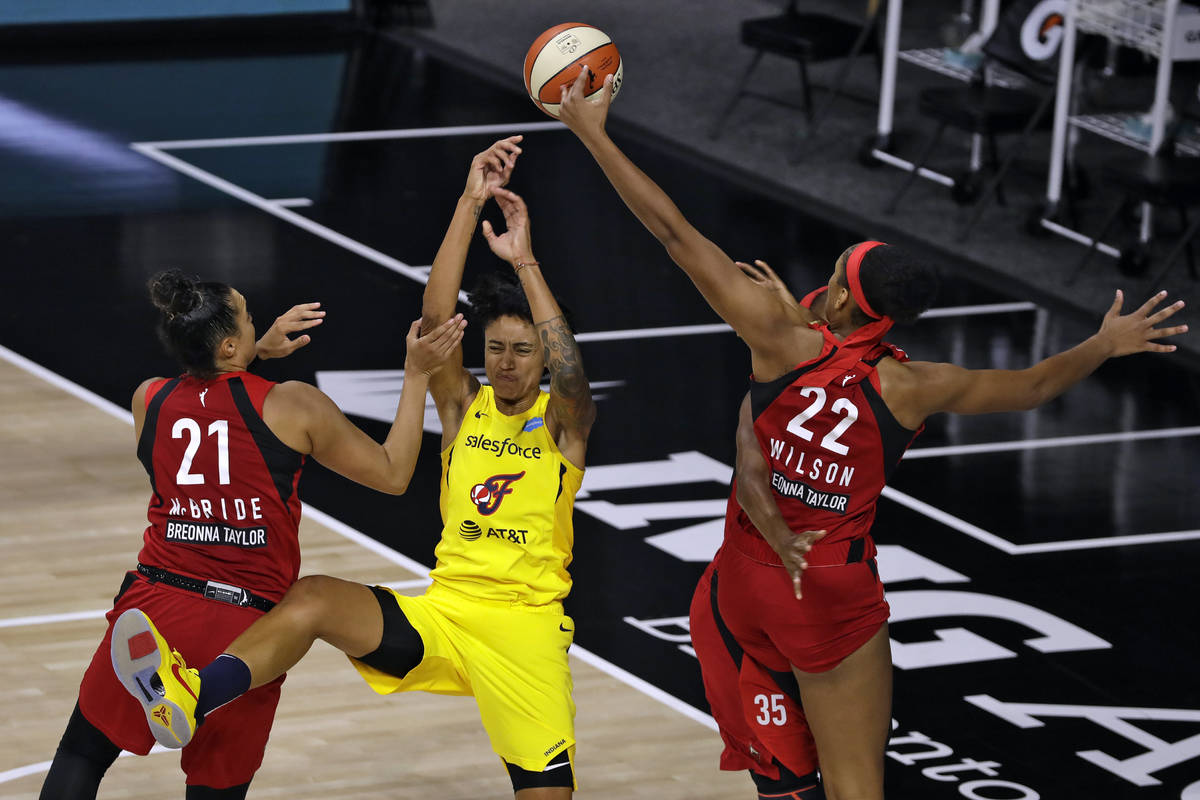 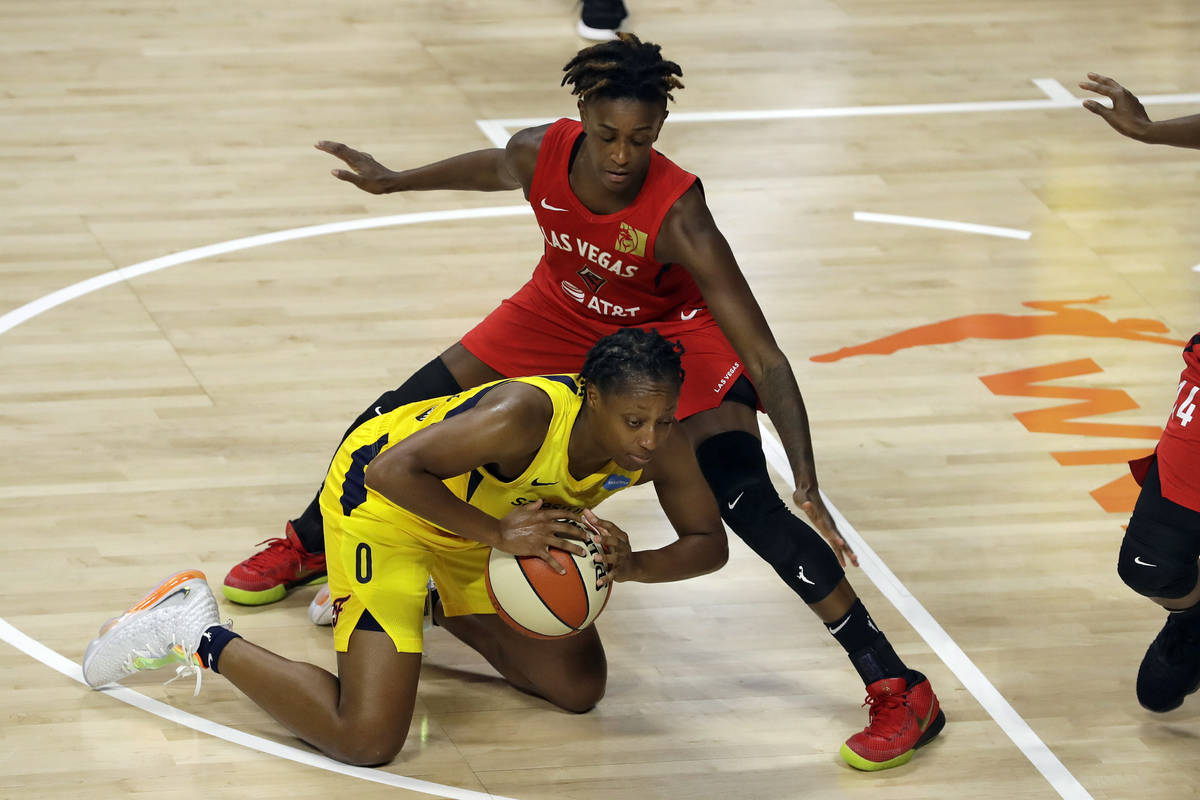 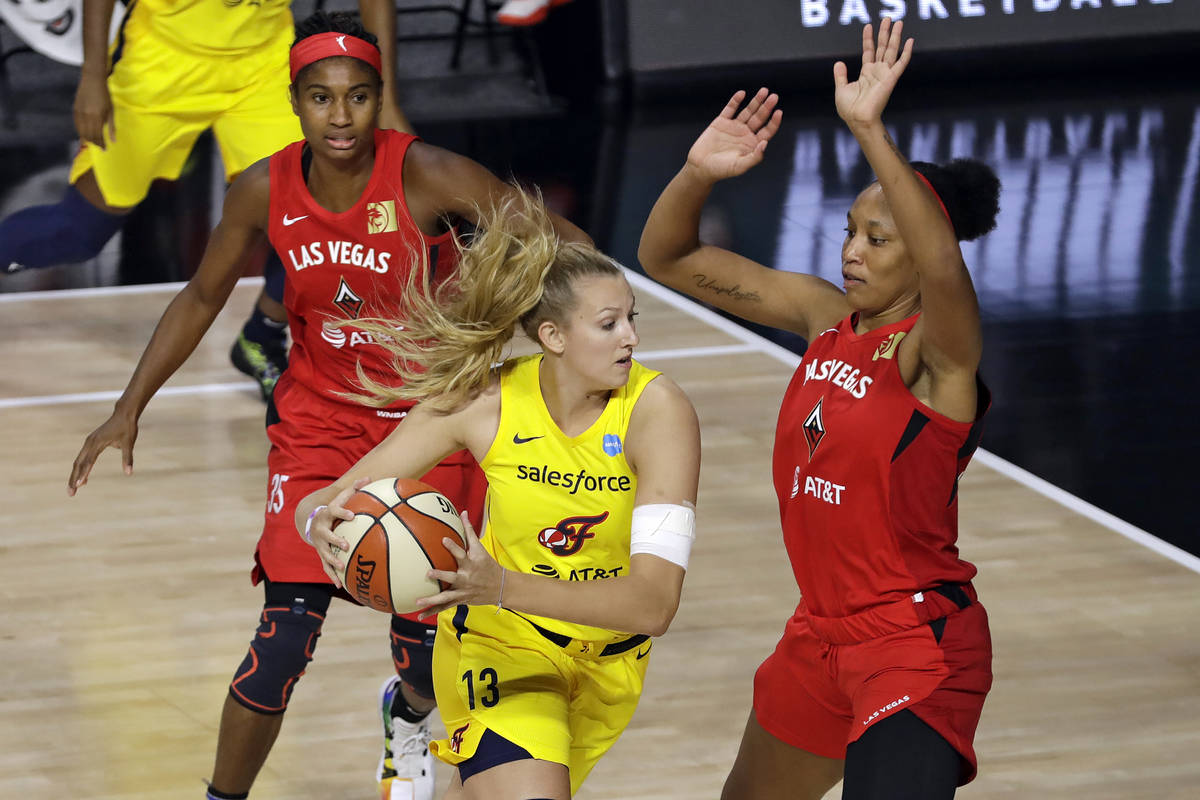 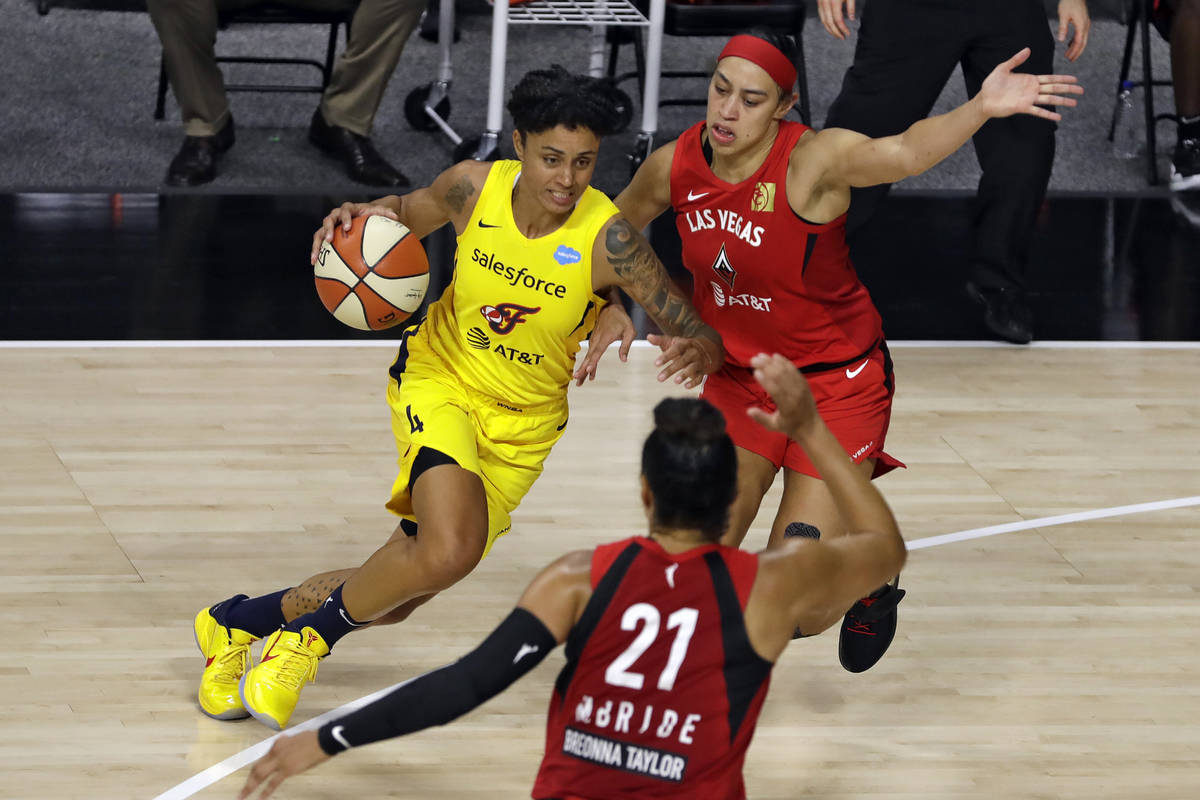 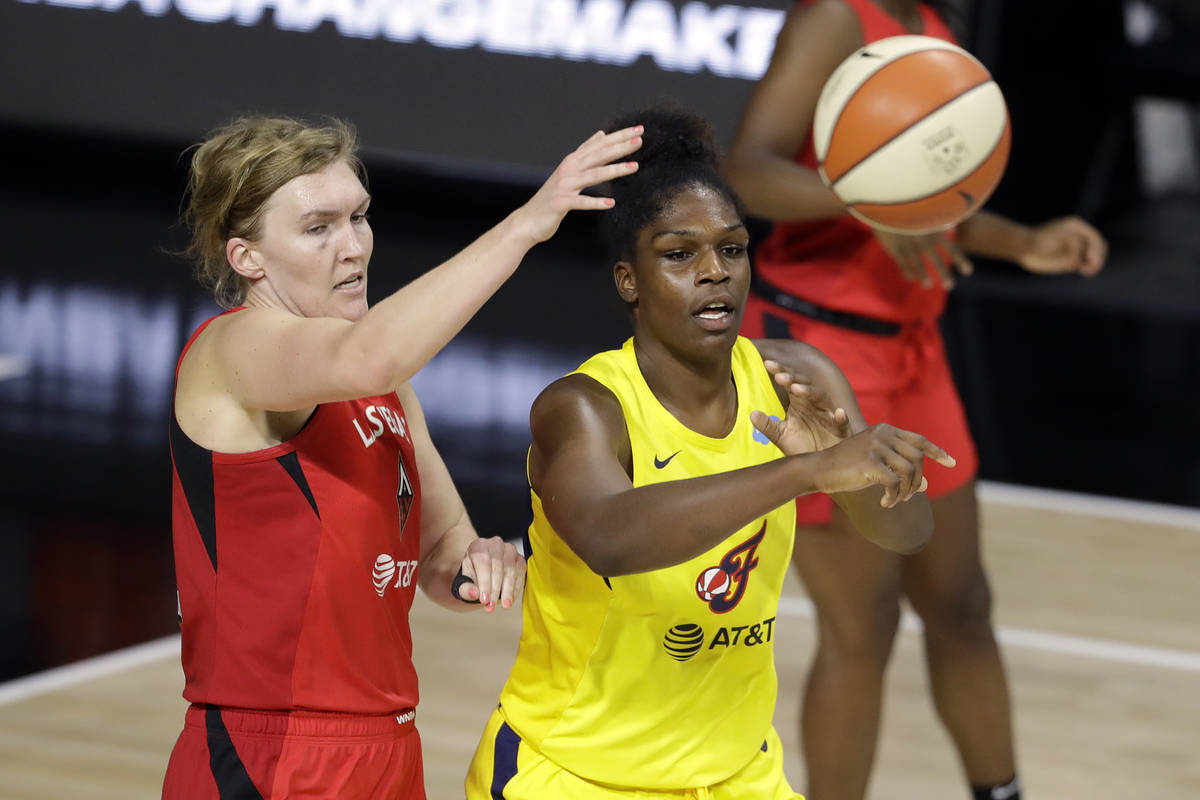 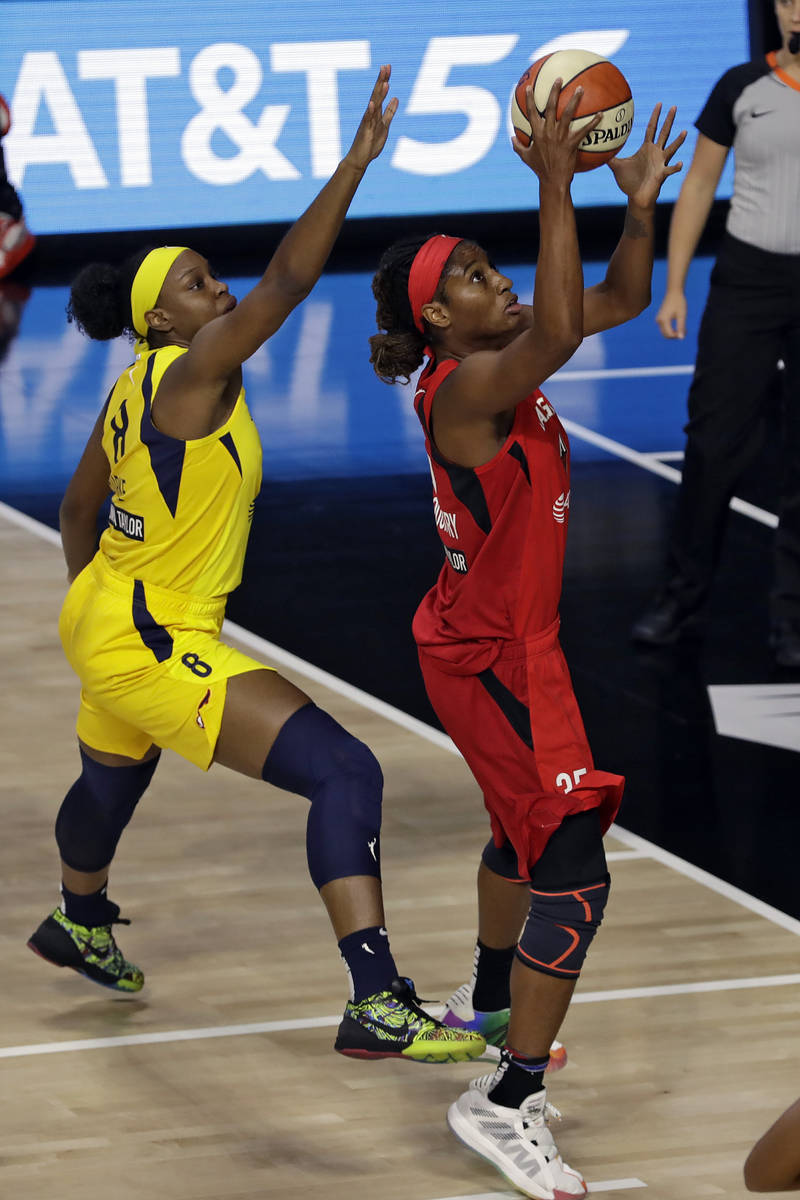 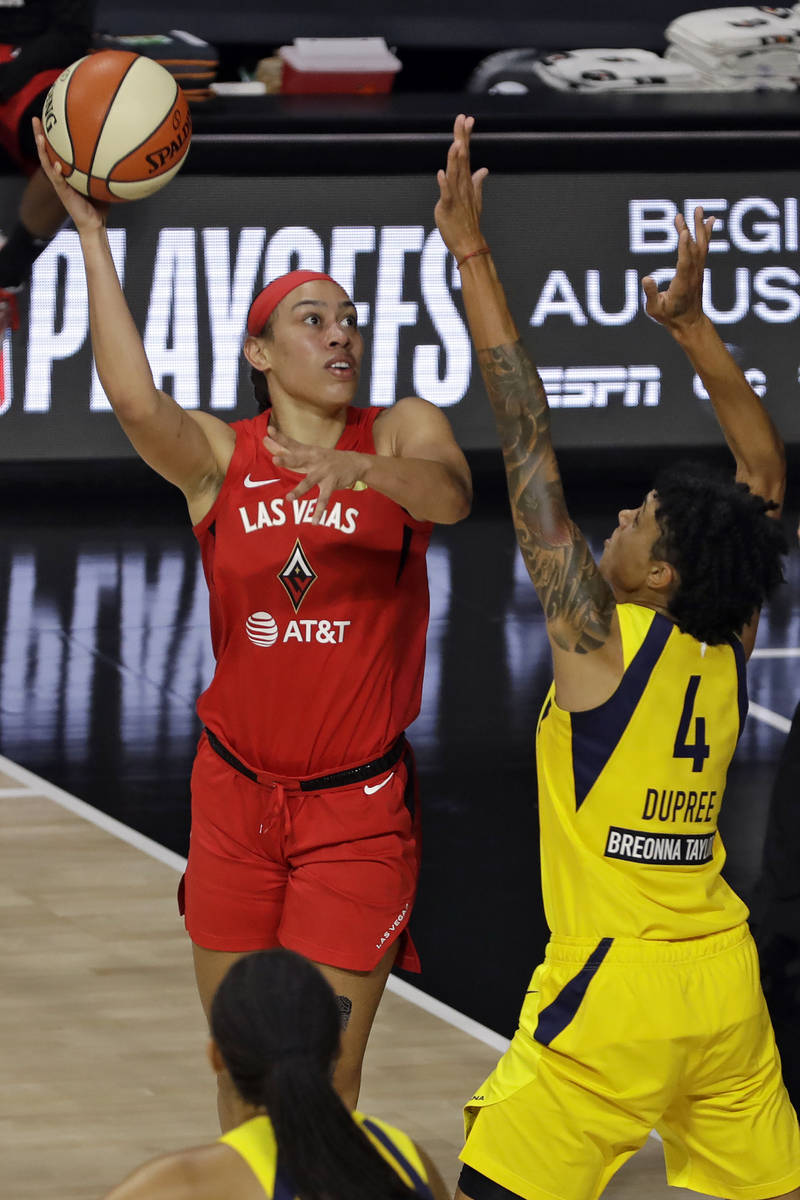 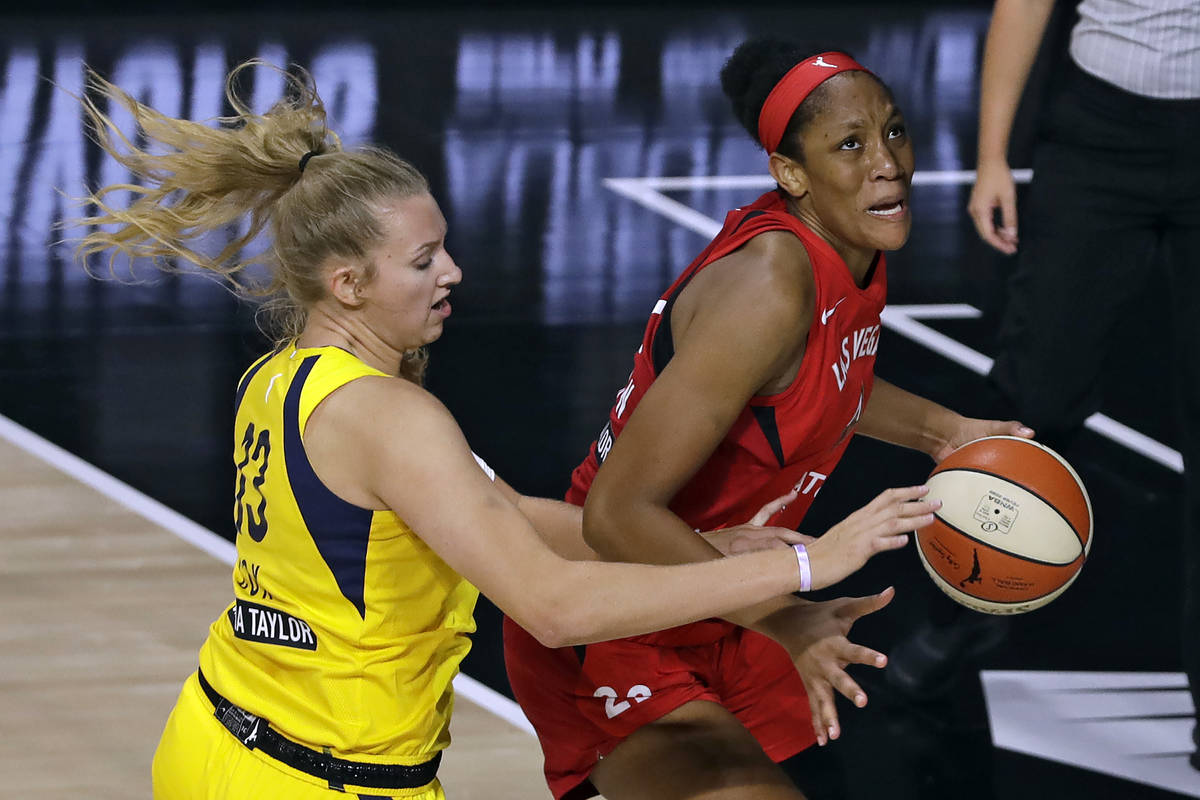 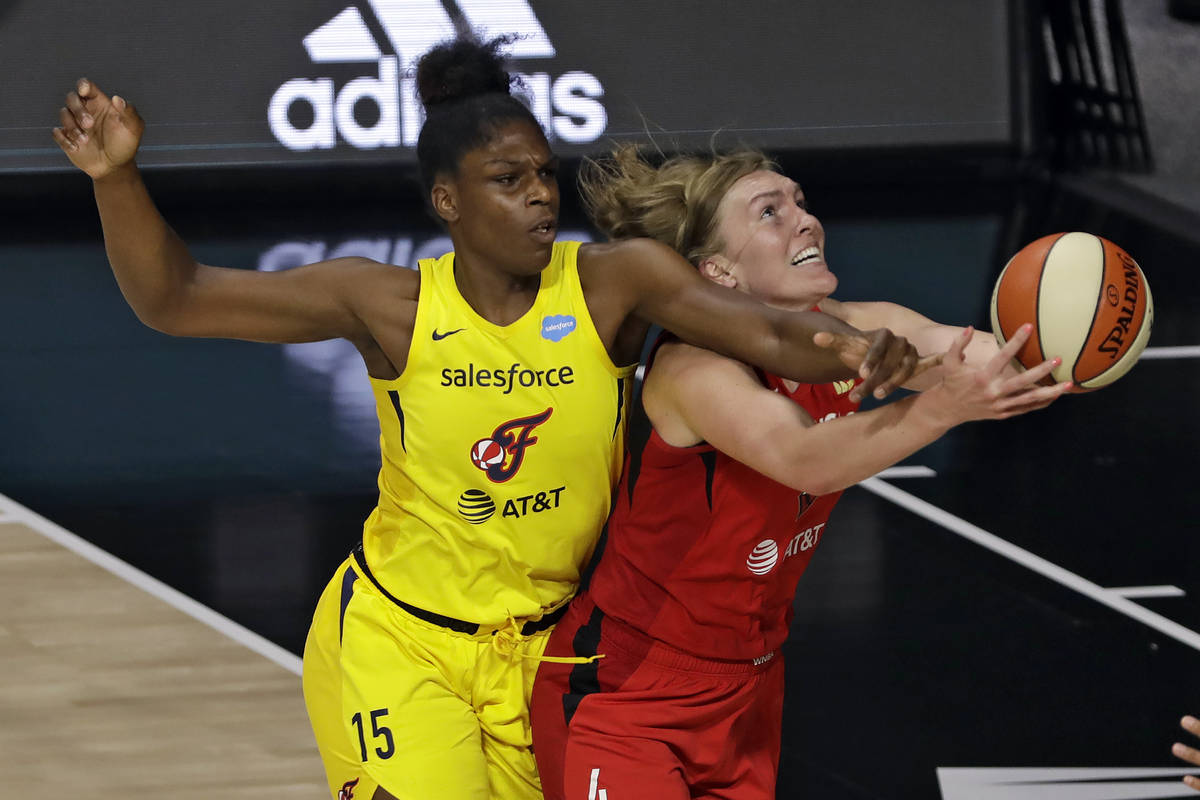 During Las Vegas’ winning streak, A’ja Wilson has played at an MVP level and often put the team on her back.

The Aces showed Tuesday they can still win even if Wilson isn’t at her best. Angel McCoughtry scored 20 points on 9-for-10 shooting to lead six Aces in double figures, and Las Vegas limited the Indiana Fever to 20 points in the second half of a 98-79 win, their fifth straight, at IMG Academy in Bradenton, Florida.

Wilson finished with 12 points, 10 rebounds and two blocks, but was only 5-for-17 from the floor . The Aces shot 52 percent as a team.

1. Big game for the veterans

While McCoughtry led the Aces, who improved to 6-2, in scoring, Candice Dupree also put up 20 points to pace Indiana.

McCoughtry is 33 years old and a 10-year WNBA veteran. Dupree is in her 14th year and will turn 36 on Aug. 16. While most of McCoughtry’s damage came on drives and cuts to the basket, Dupree was knocking down open jump shots, especially in the first half.

“We’re still in our prime, and we hear a lot of the old jokes,” McCoughtry said. “With players like me and Candice Dupree, we’re out there enjoying ourselves because we know we don’t have much longer left. … You don’t know what’s going to happen these days.”

The game was played at a furious pace in the first half, with both teams scoring with ease. The Fever made 61 percent of their shots during the opening 20 minutes to 56.4 percent for the Aces. Las Vegas took a one-point lead into halftime at 60-59.

The Aces made a couple of defensive tweaks at halftime, and they worked. The Fever (3-5) made only eight field goals in the second half, and the Aces pulled away.

“I think their bigs got tired a little bit, but give our defense some credit,” Las Vegas coach Bill Laimbeer said. “We switched a lot and took away Dupree’s wide-open looks that she had in the first half. We kept them on the perimeter and took away their easy drives to the basket. They had to shoot jump shots, and we got the rebounds.”

Indiana finished shooting 47.9 percent from the floor, including 3-for-18 from 3-point range. The Aces also won the rebounding battle 37-31.

On the Aces’ first possession of the game, McBride knocked down midrange jumper. It was a welcome sight after she had gone 2-for-13 in the two previous games.

She went on to tie her season high with five made field goals, and her 20-footer late in the third quarter put the Aces ahead for good.

“I wanted to come out more aggressive and be confident in what I can do on the court,” McBride said. “After that first shot went in, it just carried through the rest of the game.”

The Aces will meet the Minnesota Lynx at 6 p.m. Thursday.