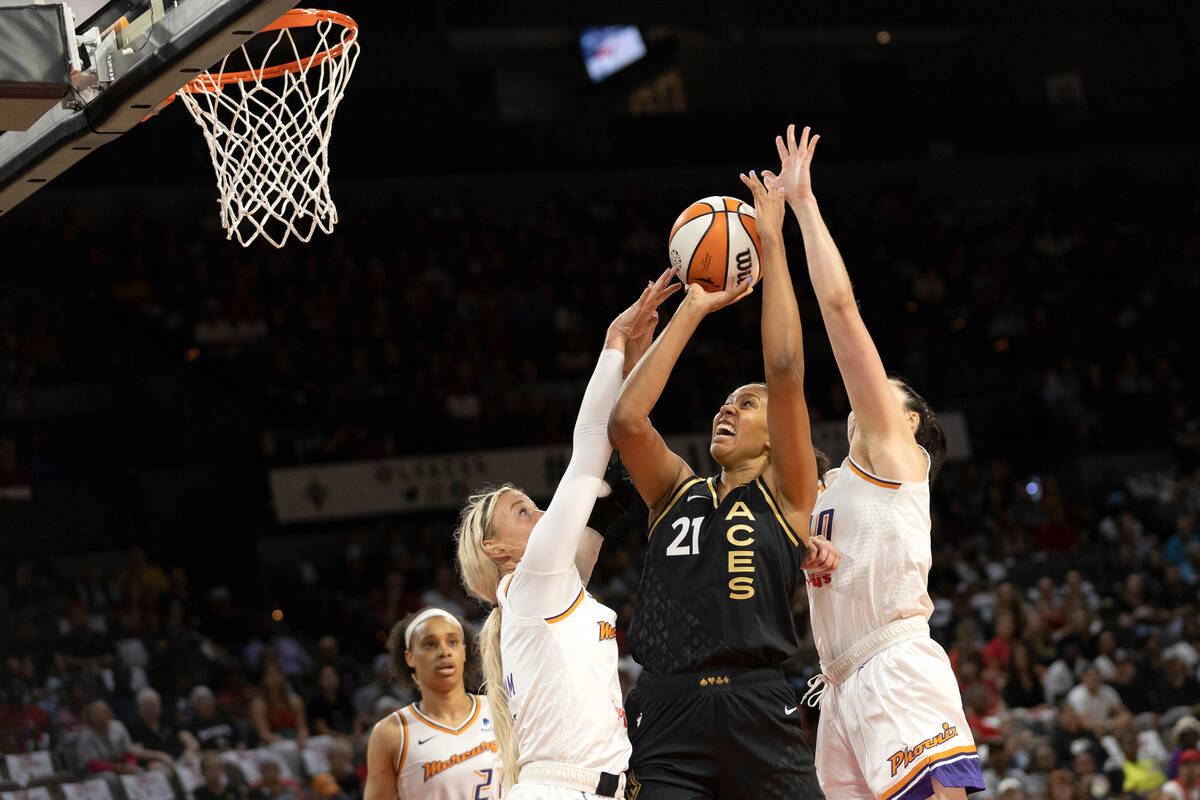 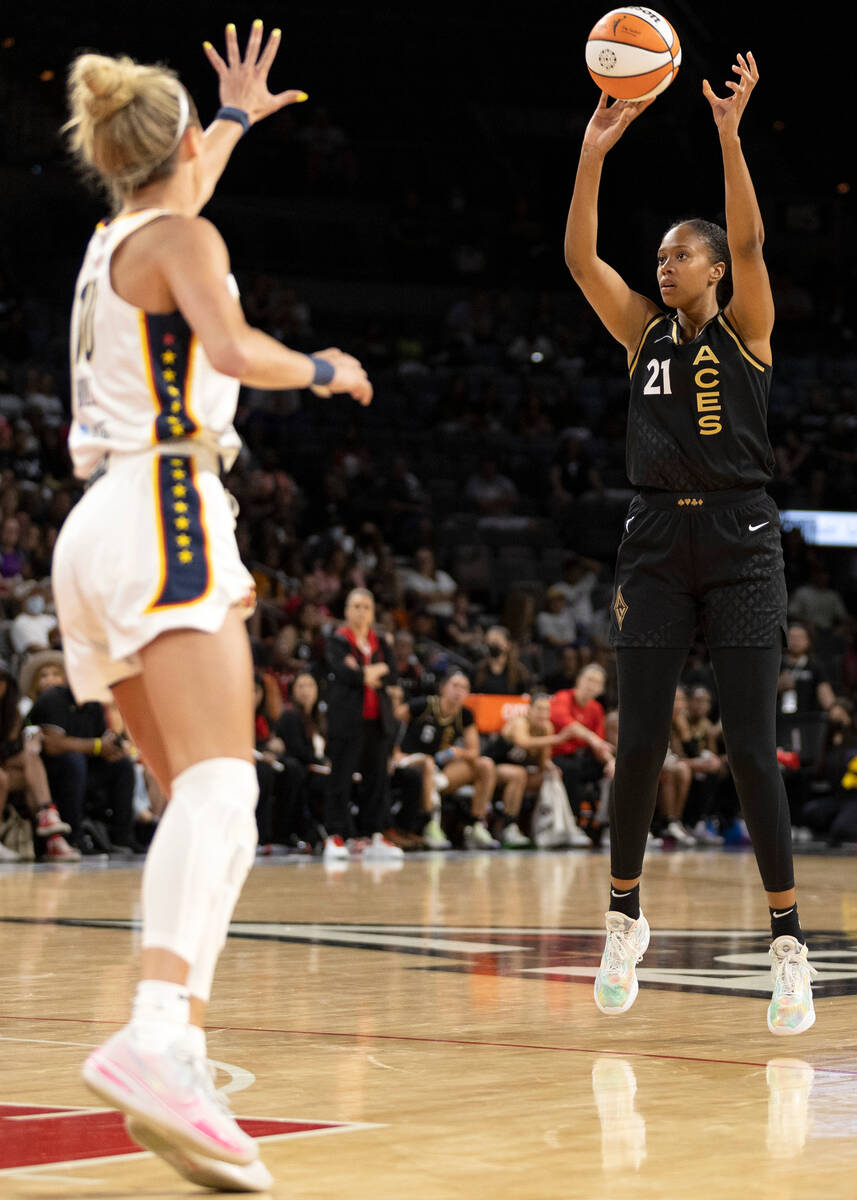 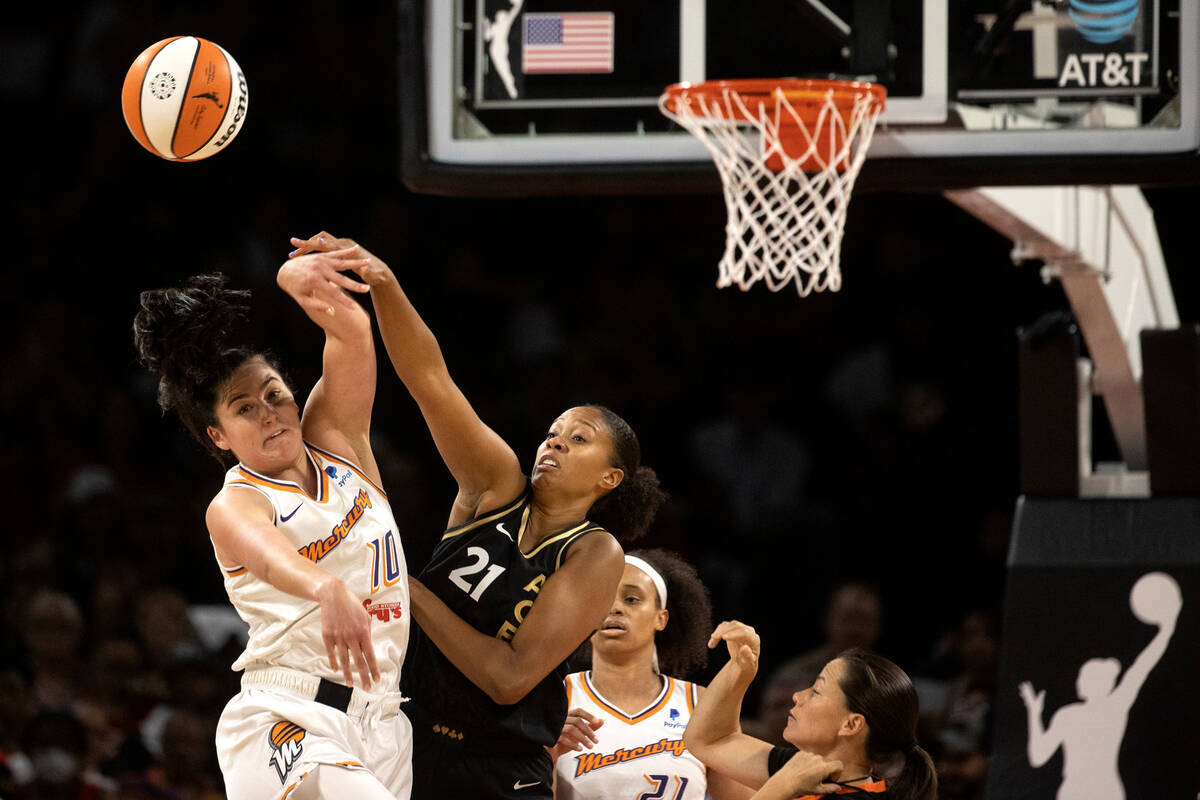 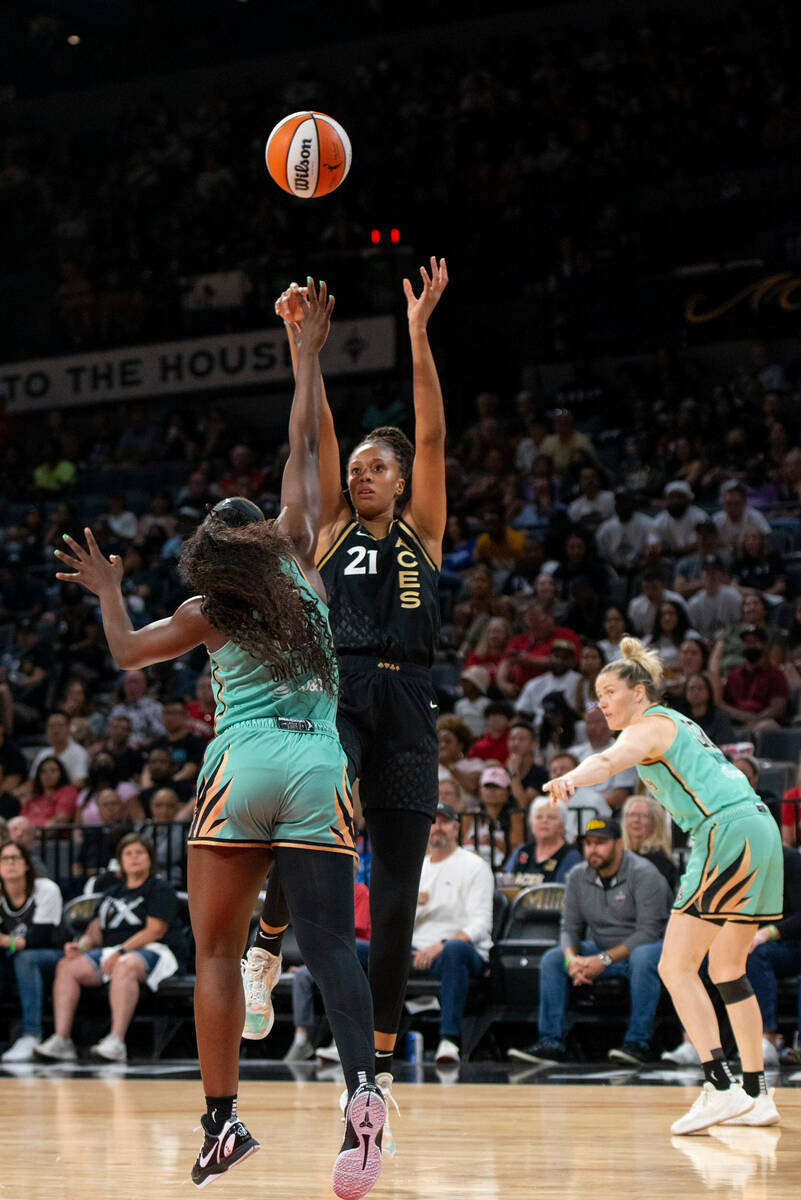 More than anything else, Aces rookie forward Iliana Rupert is becoming a master of adaptation.

“It’s been really intense,” she said. “I’ve learned so much, really grateful and really happy.”

Rupert, who hails from France, has experienced many of the typical highs and lows associated with a debut season in the WNBA. Now, with the team two wins from an appearance in the finals, she has emerged as a trusted reserve for coach Becky Hammon.

“She gives us shooting,” Hammon said. “You can’t ignore her. You have to guard her, so spacingwise she fits right in with what we’re doing offensively.”

The Aces will play Game 3 of the best-of-five semifinals against the Seattle Storm at noon Sunday at Climate Pledge Arena in Seattle. The series is tied 1-1.

Originally drafted by the Aces in the first round of the 2021 draft, Rupert didn’t immediately jump to the WNBA. Instead, she played on France’s Olympic team that won a bronze medal, then spent another season in Europe before joining the Aces in June this season.

The 21-year-old made an instant impact and earned her way into the rotation. In her third game, Rupert scored 11 points and went 3 of 4 on 3-pointers in 16 minutes against the Storm. Three games later, she scored a career-best 13 points in 23 minutes against the New York Liberty.

Rupert’s arrival coincided with the Aces’ worst stretch of play this season. Her shooting was valuable, but she needed to learn how to play WNBA-quality defense to stay on the floor.

Rupert said WNBA forwards are slightly smaller than in Europe but are much quicker. Also, the Aces’ scheme requires her to switch onto guards and wings away from the basket in face-up situations. She said veterans such as center Kiah Stokes have given her valuable tips.

“I know what I have to work on,” Rupert said. “I always try to take things in a positive way.”

Rupert as a rookie also had to learn how to adapt to life off the court. This is the first time she has played for a team based outside of France. She credits YouTube, TikTok and TV shows including “Teen Wolf” for teaching her about American culture and helping her English.

While she continued to adapt to the WNBA’s style of play, Rupert’s opportunities were limited when Hammon shortened the rotations to build chemistry and momentum in the second half of the season. Rupert fell out of the lineup completely near the end of July.

But she continued to work and stay ready. After All-Star forward Dearica Hamby suffered a right knee bone contusion a week before the playoffs, Hammon gave Rupert another chance, and she has taken advantage of it.

Rupert has scored 27 points in the past seven games and is 7 of 19 on 3-pointers.

“You have to be ready, physically and mentally and that’s what I did,” she said.