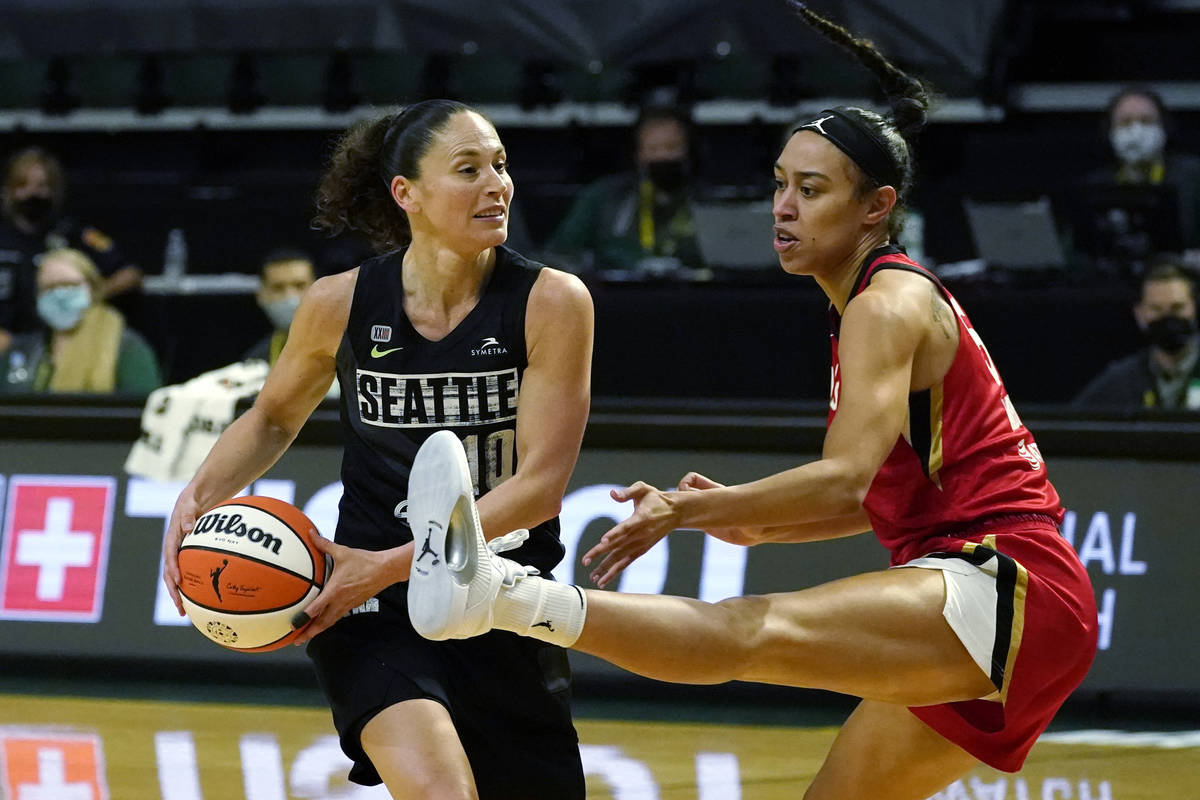 Seattle Storm's Sue Bird, left, looks for room to pass around Las Vegas Aces' Dearica Hamby in the second half of a WNBA basketball game Saturday, May 15, 2021, in Everett, Wash. (AP Photo/Elaine Thompson)

Who: Aces vs. Seattle Storm

About the Aces (10-4): The five-game winning streak may be over, but the Aces still boast the second best record in the league behind their Sunday opponent. They still lead the league in offensive rating (109.4 points per 100 possessions) and are second in defensive rating (96.4). Their net rating of 13.0 is the best in the WNBA. Las Vegas opened its season with a pair of games against the Storm in Seattle, splitting the two. Six players scored in double figures in the Aces’ victory, showcasing the type of balance the team possesses. A’ja Wilson averages a team-high 19.2 points to go with 8.5 rebounds and often battles with Seattle star Breanna Stewart in a matchup of arguably the two best players in the league. But the Aces biggest advantage in this particular game is center Liz Cambage, who is averaging 15.2 points, 9.3 rebounds and is capable of overpowering any defender Seattle has. She had 18 points and a career-high 20 rebounds Friday against the Minnesota Lynx.

About the Storm (12-3): Stewart, the reigning WNBA Finals MVP, is in the midst of another MVP caliber season, averaging 20.9 points and 10 rebounds while shooting 45.2 percent from the floor. Guard Jewell Loyd is one of the WNBA’s best and averages 19.1 points, 4.1 rebounds and 4.5 assists. Sue Bird still runs the show, accounting for 11.1 points and 6.1 assists per game at the age of 40. The Aces prefer to play through their post players while the Storm employ more of a free flowing, perimeter oriented offense that yields an offensive rating of 108.8 — second to the Aces. Their defensive rating of 98.6 ranks third, and they haven’t played since Tuesday, giving them ample rest ahead of the Finals rematch. 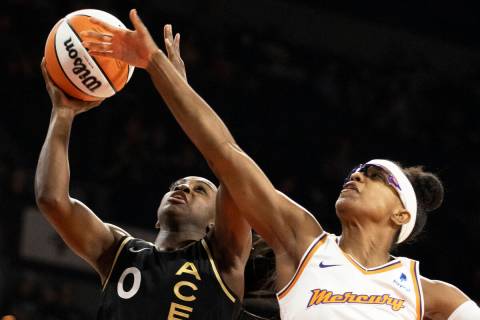