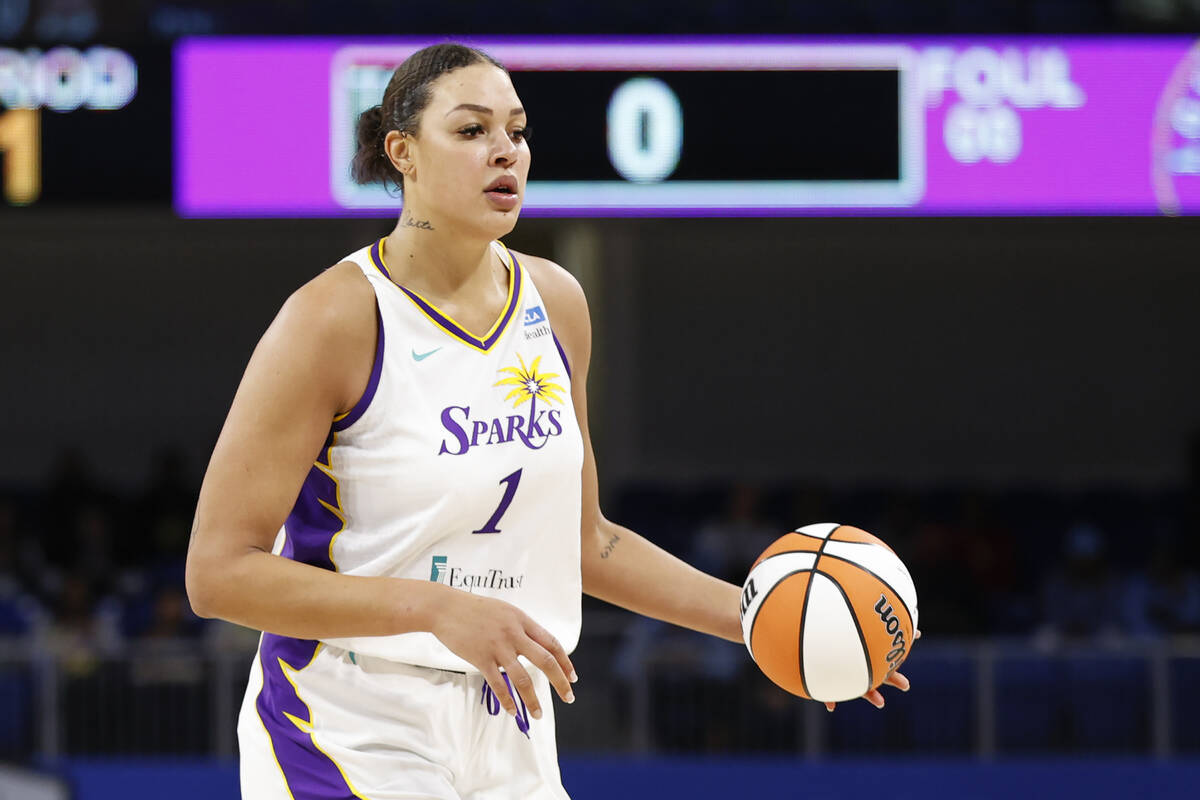 Los Angeles Sparks center Liz Cambage brings the ball up court against the Chicago Sky during the first half of the WNBA basketball game, Friday, May 6, 2022, in Chicago. (AP Photo/Kamil Krzaczynski) 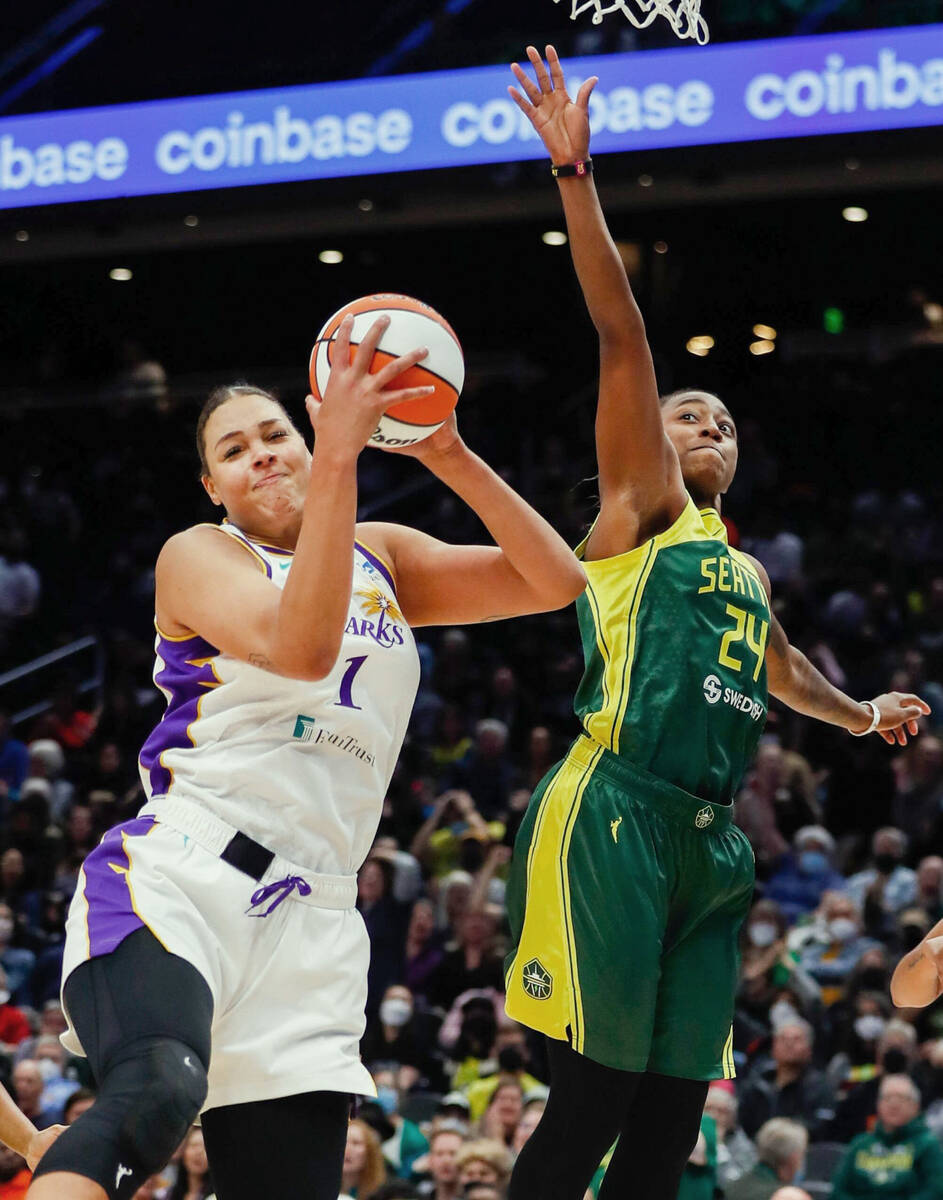 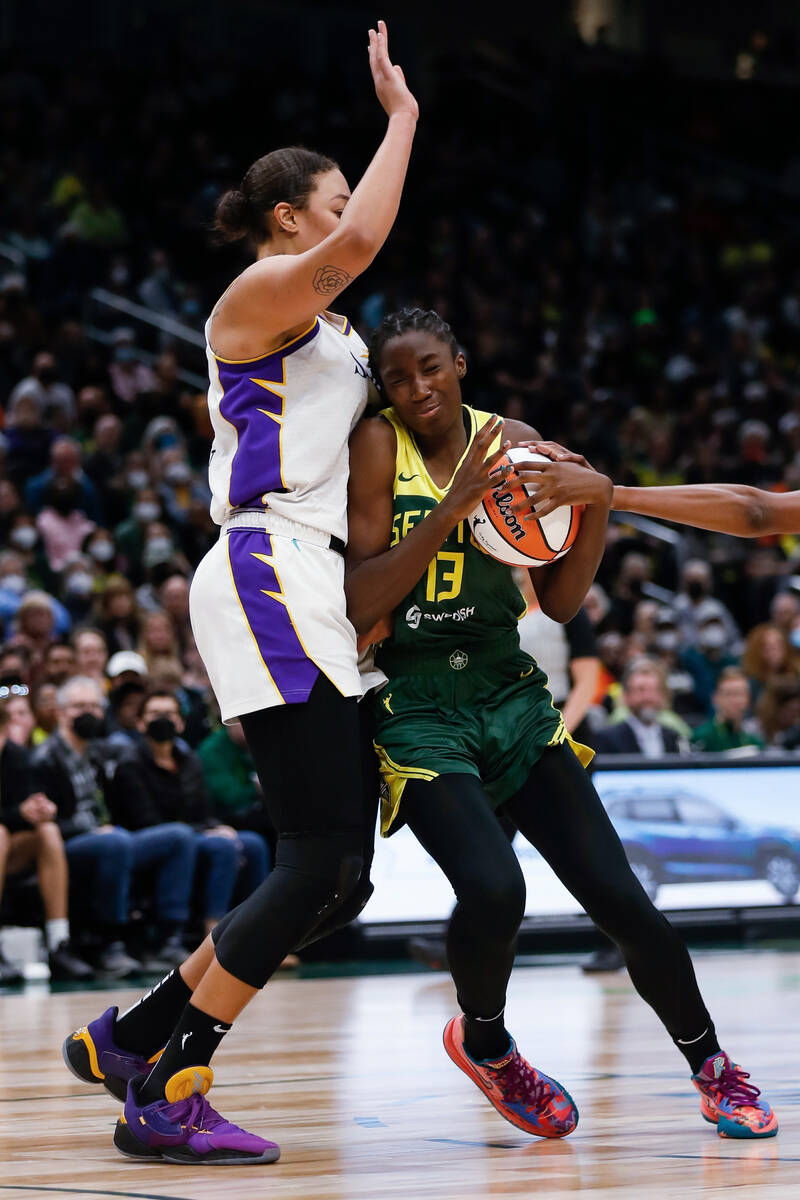 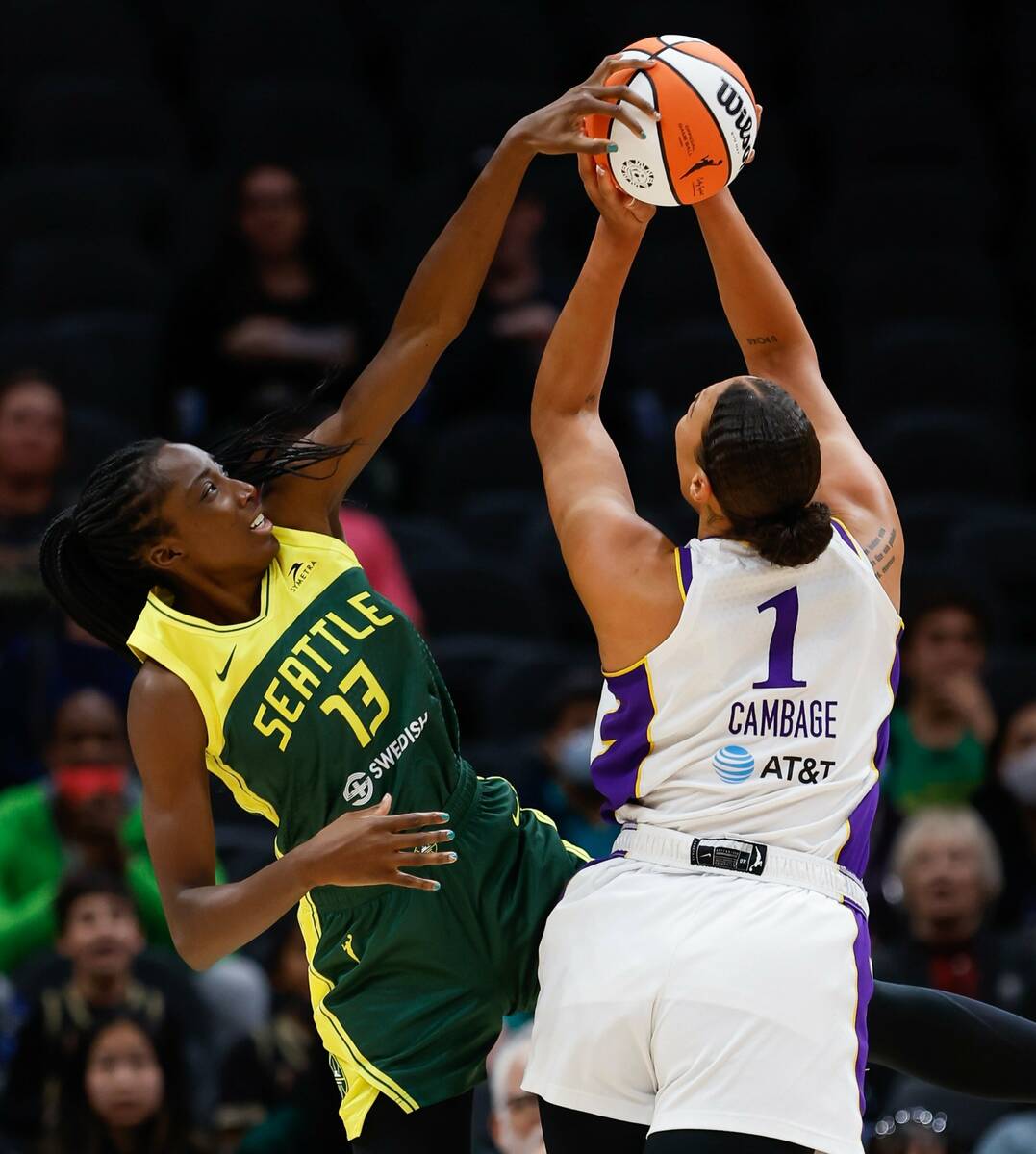 Dearica Hamby had one goal for the Aces’ homestand.

The Aces (6-1) are one victory from achieving that. They’re 3-0 on this four-game stretch and have outscored opponents by 38 points under first-year coach Becky Hammon, who is undefeated at Michelob Ultra Arena.

The Aces are coming off a 100-80 victory over Phoenix on Saturday, a game in which they pulled away with a franchise-record 38-point third quarter. The win secured a 3-0 season sweep of the Mercury.

They will wrap up the homestand against Los Angeles on Monday, when former Aces standout Liz Cambage returns as a member of the Sparks after spending two seasons with Las Vegas.

The Australian signed with Los Angeles as an unrestricted free agent in the offseason. The 6-foot-9-inch center averaged 15.2 points and 8.2 rebounds with the Aces and was named to the All-Star team in the 2019 and 2021 seasons. She sat out the 2020 season because of the COVID-19 pandemic.

“She’s competition now,” said center Kiah Stokes, who played her second game this season with the Aces on Saturday after returning to the U.S. after playing in Turkey. “It was great when she was on our team, but at the end of the day, we’re here to win.”

Cambage is averaging 16.2 points, 6.0 rebounds and 1.8 blocks with the Sparks (2-4). She scored a season-high 25 points with eight rebounds and three assists in 32 minutes in a loss to the Seattle Storm on Friday.

Cambage’s size and skill make her a difficult matchup for the Aces, who have struggled defensively against bigger post players at times. Minnesota’s Sylvia Fowles and Jessica Shepard gave the Aces problems Thursday, and Mercury center Tina Charles had success in the paint early in Saturday’s game.

Stokes appears to be part of the answer. The 6-foot-3-inch center gave Hammon key minutes in the first half of Saturday’s game, playing with star forward A’ja Wilson in the post even though the team hadn’t practiced with them in the same lineup. Stokes’ physical presence, coupled with Wilson’s shot-blocking ability, added some needed reinforcement in the paint.

Hammon said she will continue to give Stokes opportunities as she acclimates to her system.

“I’m starting to get into a rhythm; the jet lag is slowly wearing off,” said Stokes, who played 19 minutes against the Mercury. “It’s good to be back.”