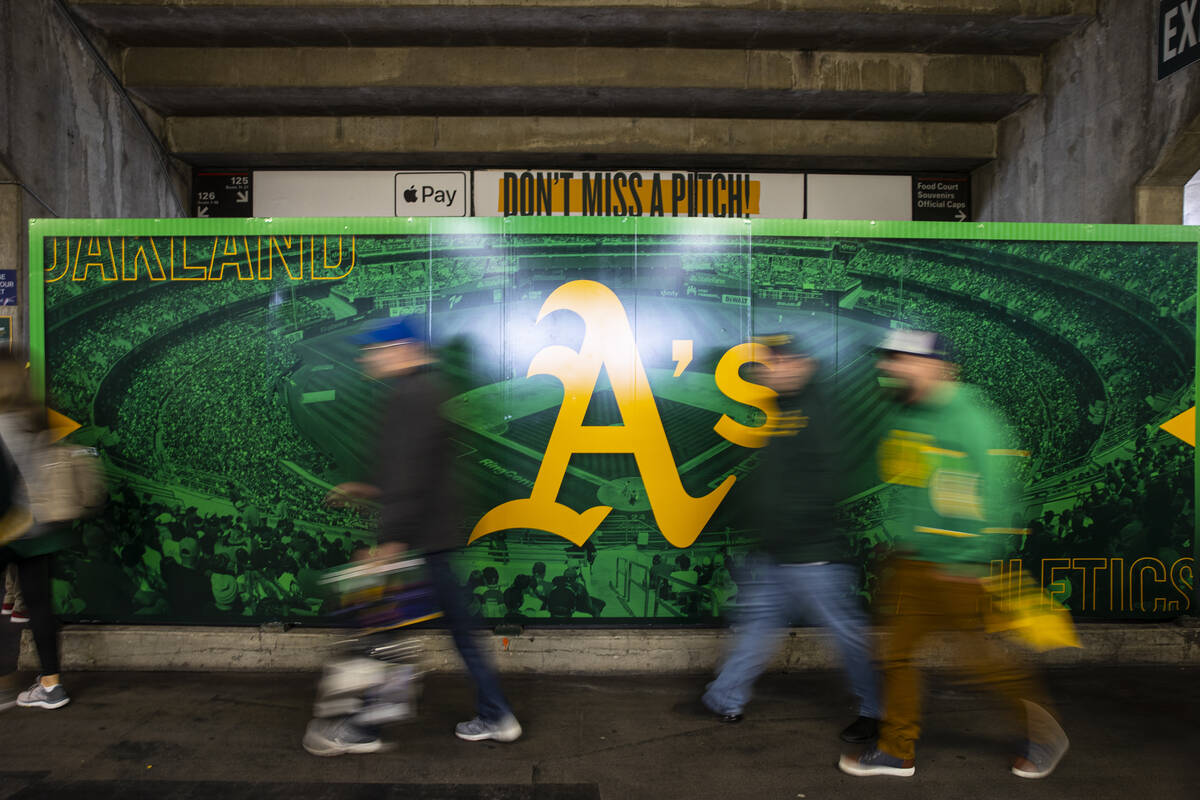 Oakland Athletics fans walk the concourse before the opening night game against the Baltimore Orioles on Monday, April 18, 2022, at the Coliseum in Oakland, Calif. (Chase Stevens/Las Vegas Review-Journal) @csstevensphoto 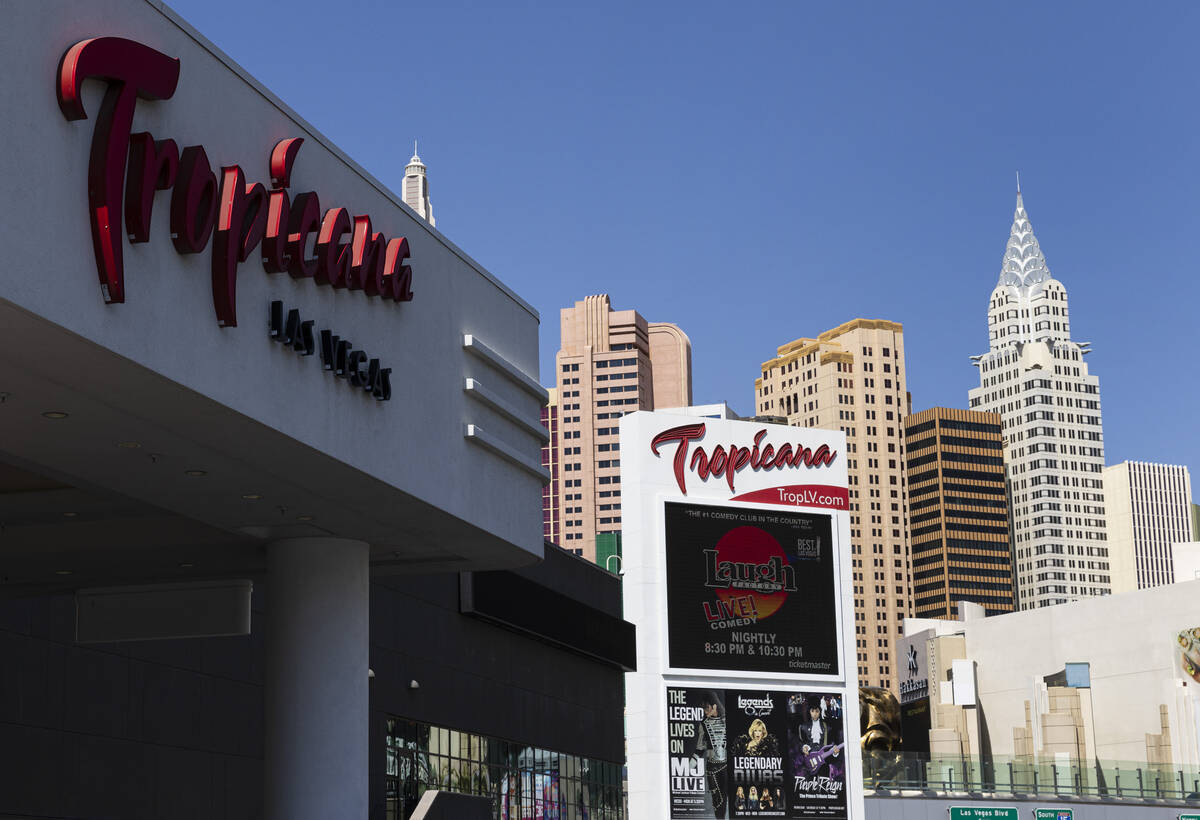 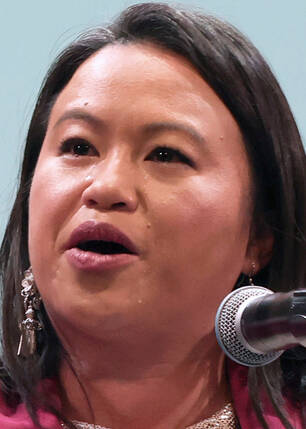 Talks between the Oakland Athletics and those involved in one key Las Vegas stadium site have stalled, while talks on the other remain ongoing.

Further discussions between casino magnate Phil Ruffin and A’s brass about the Las Vegas Festival Grounds site have gone quiet, according to his spokesperson.

That leaves the land where the Tropicana sits as still in play. The A’s and Bally’s Corporation have been in negotiations for more than a year regarding the building of a $1 billion domed ballpark there.

Bally’s President George Papanier, who oversees the company’s land-based casino operations, confirmed to the Review-Journal in an email that talks with the A’s regarding the Tropicana site remain ongoing.

All of this, of course, is contingent on the A’s deciding not to remain in Oakland. In the Bay Area, the A’s have a waterfront development at the Port of Oakland’s Howard Terminal in play. The $12 billion mixed-use development would include residential, commercial, hotel and public space centered around a $1 billion waterfront ballpark.

The process has a new twist now with newly sworn-in Oakland Mayor Sheng Thao replacing former mayor Libby Schaaf. Thao’s comments to Bay Area media seem to mimic Schaaf’s, with the desire to keep the team in Oakland, but not while putting taxpayers at risk.

Thao and her team haven’t responded to multiple requests by the Review-Journal to discuss her stance on Howard Terminal.

In Las Vegas, Ruffin’s executive assistant Alicia Crockett told the Review-Journal in an e-mail that there has been no recent contact between Ruffin’s group and the A’s. Crockett did not go into further detail or note when the last time talks with the A’s occurred.

Ruffin owns the Las Vegas Festival Grounds site located on the southwest corner of Las Vegas Boulevard and Sahara Avenue. The 40-acre site was looked at early on by the A’s, but their focus shifted elsewhere. That was until last summer when the two sides began to talk again.

Last year, a source told the Review-Journal that that the A’s had narrowed their stadium search in Las Vegas to the Tropicana and the festival grounds sites.

The A’s didn’t immediately respond when asked to comment regarding the negotiations in Las Vegas, but team President Dave Kaval has spoken many times over the last year about the team’s desire for a ballpark built in the Resort Corridor.

“We like the notion of some of the venues where people will get out of their car or walking from a resort and walk up and see in the stadium,” Kaval said in 2021 said of a ballpark built on the Strip. “It almost draws you in.”

Kaval also noted in April, when five sites were still in play, that the team had renderings of what a domed stadium would look like on all of them. At the time, Kaval said renderings of the final site might be released last year, but that never came to fruition.

Kaval hasn’t spoken with the media about the team’s stadium quest for several months. Before that he spoke often, providing updates and insight into various approvals in the Oakland area and happenings in Southern Nevada.

If the Tropicana site comes to fruition, it would create a sports facility mecca of sorts. The A’s stadium would be located within walking distance of Allegiant Stadium, T-Mobile Arena, the MGM Grand Garden arena and Michelob Ultra Arena at Mandalay Bay.

The self-proclaimed “sports governor” Steve Sisolak is out of office, replaced by former Clark County Sheriff Joe Lombardo. The newly sworn in Lombardo has yet to make his stance on public money for sports teams and facilities public.

The A’s are looking for some form of public assistance if they are to move to Las Vegas, a source with knowledge of the situation told the Review-Journal.

In May 2021, Major League Baseball gave the A’s the green light to research relocation options. That occurred after efforts to land a new stadium in Oakland were drawn out. MLB Commissioner Rob Manfred deemed RingCentral Coliseum, the team’s current home, as not a viable option for the team’s future.