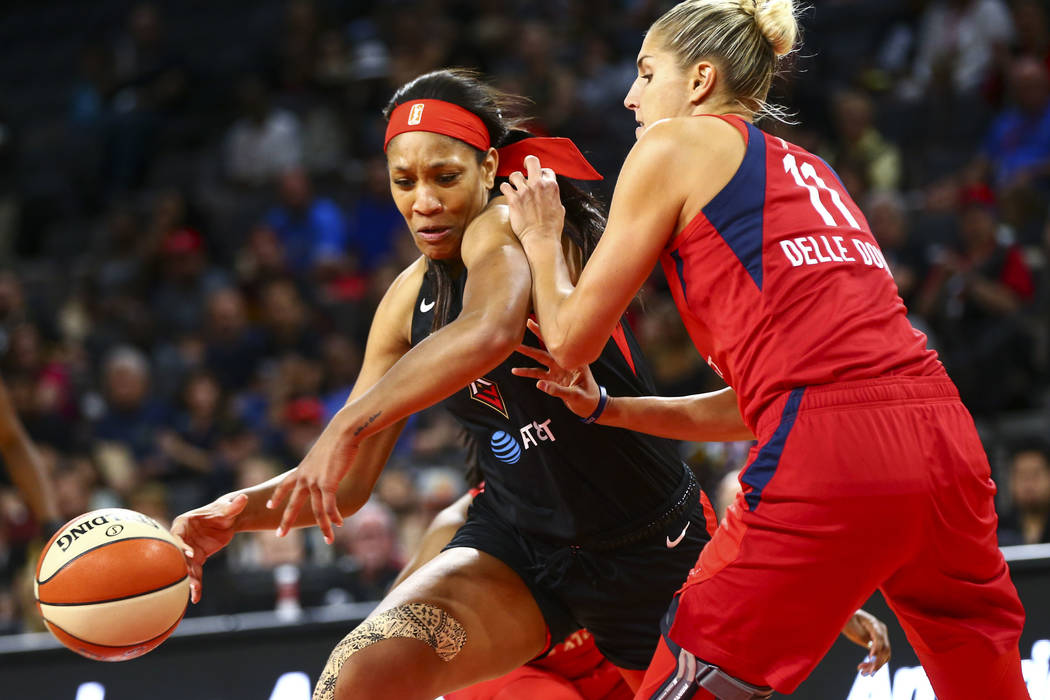 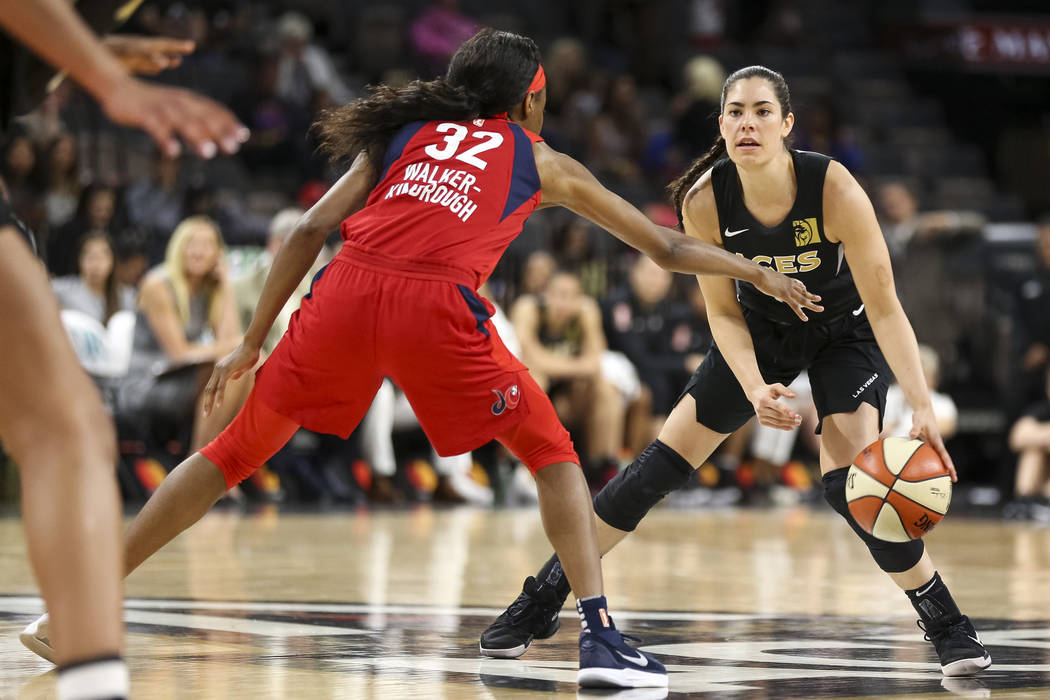 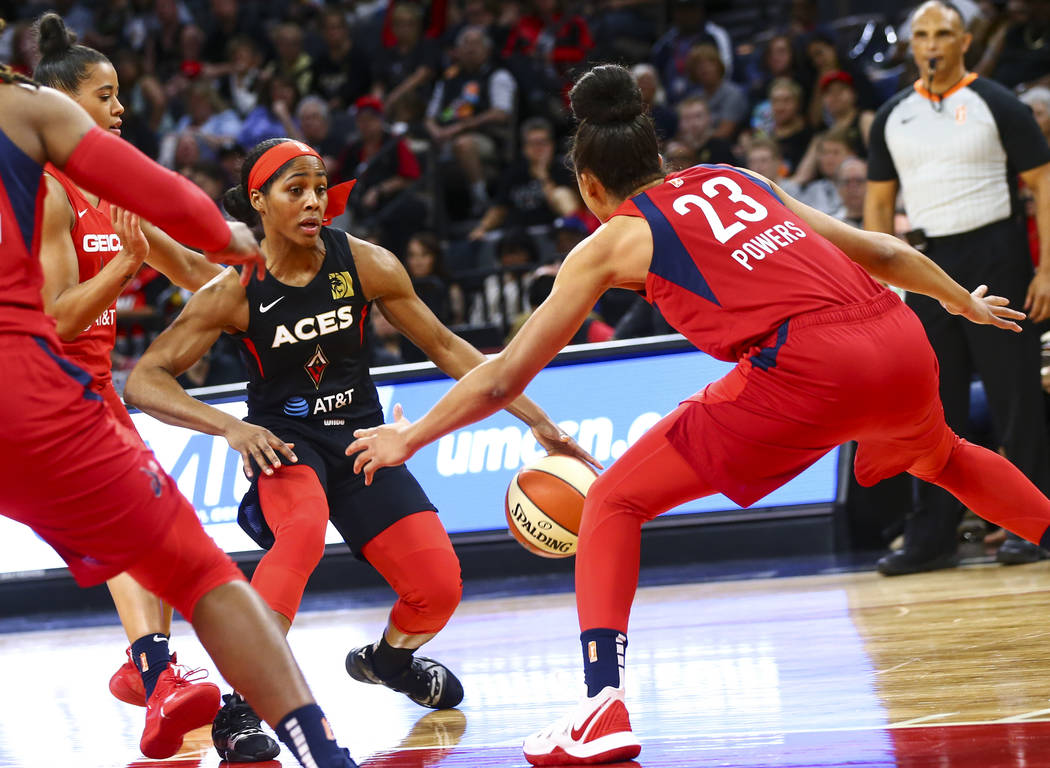 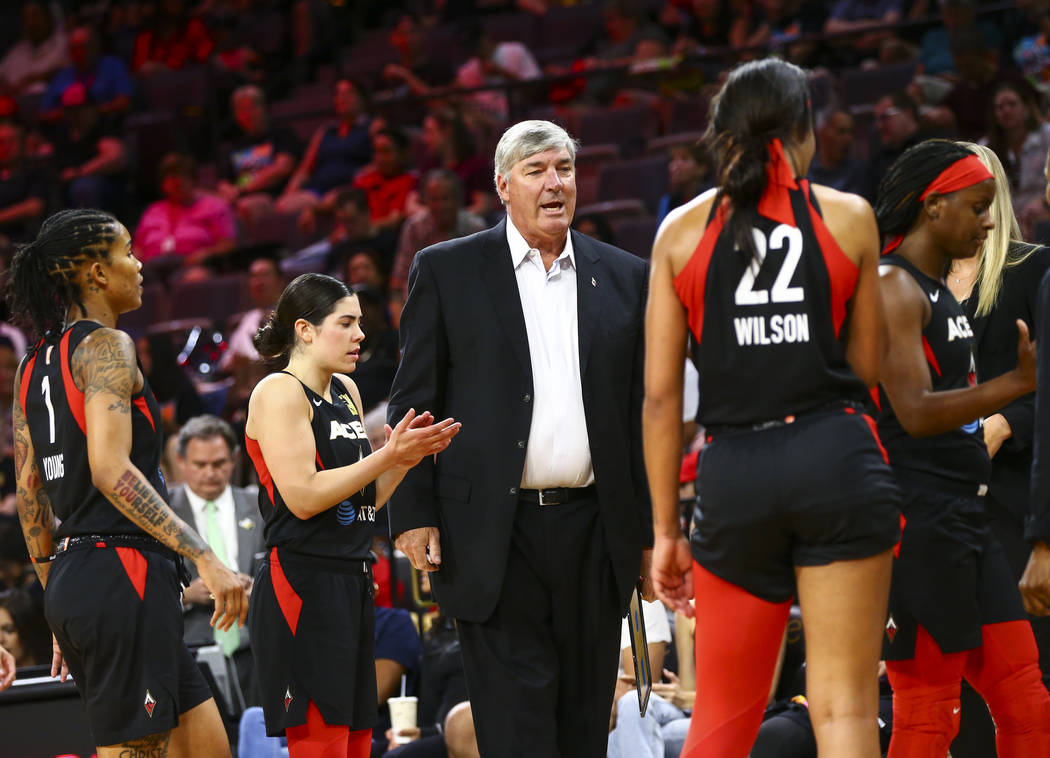 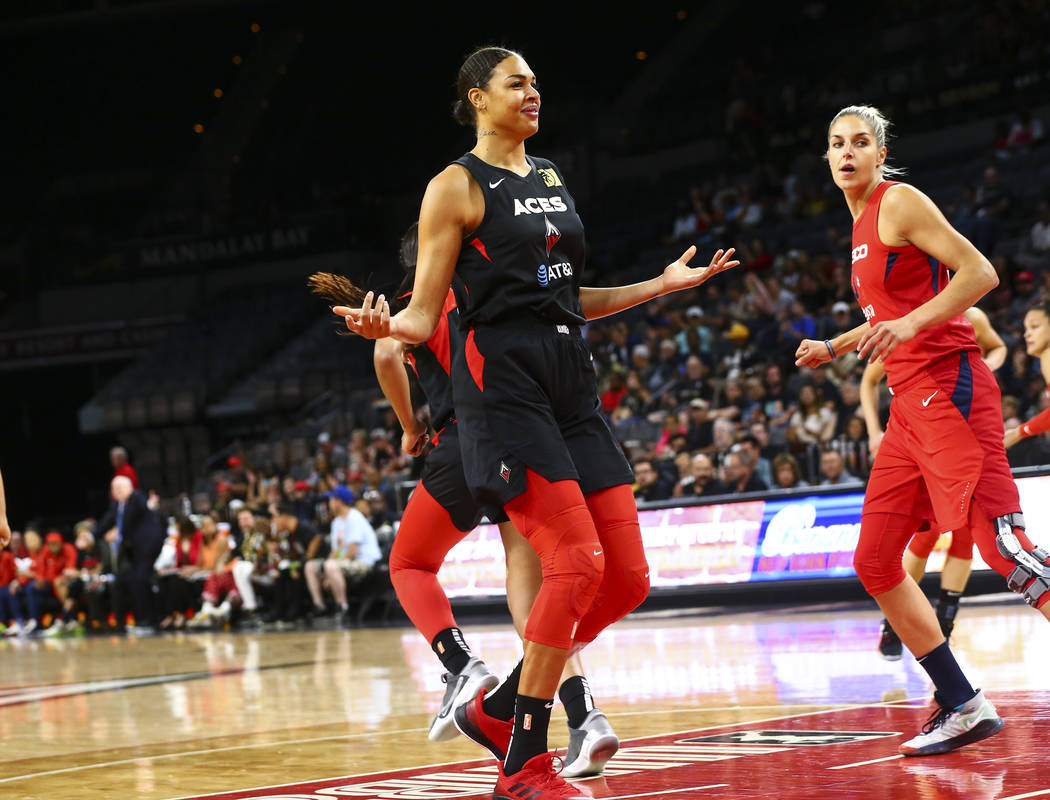 Las Vegas Aces center Liz Cambage (8) reacts after scoring against the Washington Mystics during the first half of a WNBA basketball game at the Mandalay Bay Events Center in Las Vegas on Thursday, June 20, 2019. (Chase Stevens/Las Vegas Review-Journal) @csstevensphoto

The Aces this season have looked every bit like one of the best teams in the WNBA — except when they play the Washington Mystics.

“I just don’t understand how we can come out with that sort of flatness again,” Aces coach Bill Laimbeer said Friday after a lackluster half against the Mystics. “This whole year, what I’m trying to find out is who are we and what we’re about.”

Las Vegas, at 10-5, has the best record in the WNBA, but was annihilated by Washington in their first meeting June 20, and was in the midst of getting annihilated last Friday before an earthquake forced a postponement.

The Aces have played six quarters against the Mystics this season, and lost five of them.

Here are three things to watch as they look to reverse their fortune Saturday night.

The Aces in both previous meetings allowed 30 points in the first quarter while scoring 19 and 18, respectively. Slow starts are detrimental against any team in the WNBA, much less a healthy Washington outfit.

Las Vegas can’t afford to play from behind against the Mystics, who lead the league in net rating at plus-11.1 points per 100 possessions and boast its lowest turnover percentage (14.9).

Washington in the first two meetings keyed in on the Aces’ guards in an effort to disrupt the team’s offensive rhythm.

The starting backcourt of Kelsey Plum, Kayla McBride and Jackie Young in the first meeting combined to score 11 points on 4-of-25 shooting. The trio last Friday had five points in the first half on a combined 2-of-10 shooting before the earthquake forced a stoppage.

Mystics’ guards combined to score 34 points in the first game and had 20 by halftime of the second meeting. That kind of disparity puts a mighty onus on the Aces’ frontcourt to carry the load.

Sure, sounds obvious, but a lot easier said than done.

The 29-year-old superstar fractured her nose Sunday and is questionable for Saturday. But if she plays, she’s surely a factor. At 6-foot-5 with a handle and a smooth jumper, she poses a matchup problem for the Aces, who guarded her with multiple defenders in an effort to slow her production.

She had 29 points on 11-of-18 shooting in the first meeting and eight points to go with three assists in the first half of the second one.