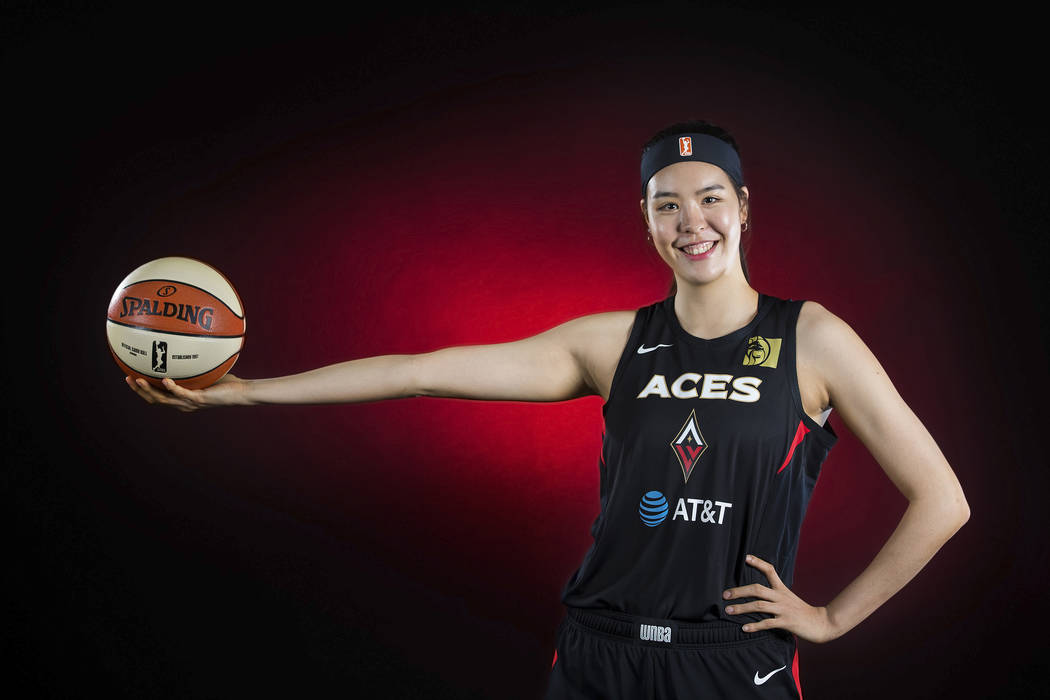 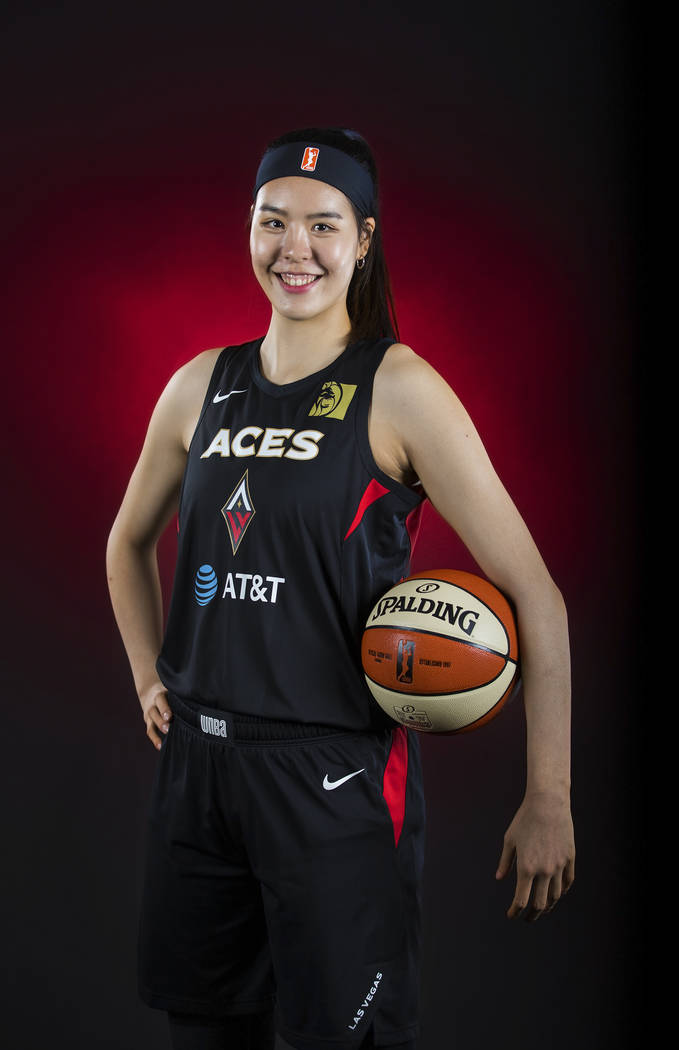 Park smiled at the mention of American food.

“I came to the (United States) with a good feeling — and I’m training with more confidence than I did last year,” Park, a native South Korean, said through a translator application. “(This year) will be better than last year.”

On and away from the basketball court.

Park, a 6-foot-6-inch center, has expanded her skill set — and English vocabulary — and hopes to assume additional responsibility in her second season. The 20-year-old played her rookie season amid a language barrier as the youngest player in the league. But she endeared herself to teammates and coaches with her intelligence, enthusiasm and abilities while assimilating to the WNBA.

“Last year, she came in with no expectations and no pressure. It was showing up, and we’ll see what happens,” Aces coach Bill Laimbeer said. “That she made the team, I think surprised her a little bit.”

Didn’t surprise him. Not one bit.

Laimbeer, who doubles as president of basketball operations, was intrigued by Park’s size and skills. The Aces acquired her in April 2018 from the Minnesota Lynx in exchange for three draft picks. She previously had starred in South Korea and for its national team, but she hadn’t yet experienced the rigors of the WNBA. In her first season in the league, she averaged 2.8 points, 3.3 rebounds and 13.0 minutes.

“Last year, just playing in the WNBA was a big challenge for me,” she said. “I’d like to do better this year.”

Park returned to South Korea, though, after the WNBA season and played spectacularly for her club team, the KB Stars, en route to a Women’s Korean Basketball League championship and Finals MVP honors.

“She was so young when she came, and just her maturity, you can see that it’s growing,” Swords said. “It’s been really fun to just see her have a great time, have a great season back home and then come here and pick up right where she left off.”

Park also took English courses during the offseason and arrived at training camp with an emboldened understanding of the language, her abilities and teammates.

On the court, she’s more confident in her perimeter shot and stout in her defensive positioning. Away from it, she’s easing into the nuances of American culture.

One day at a time.

“I give her a lot of credit of having to exist in a language that’s not her primary one,” Swords said. “She takes it all in very gracefully and just has a great time, shows us a little bit of her personality now and then. We love her. She is great.”