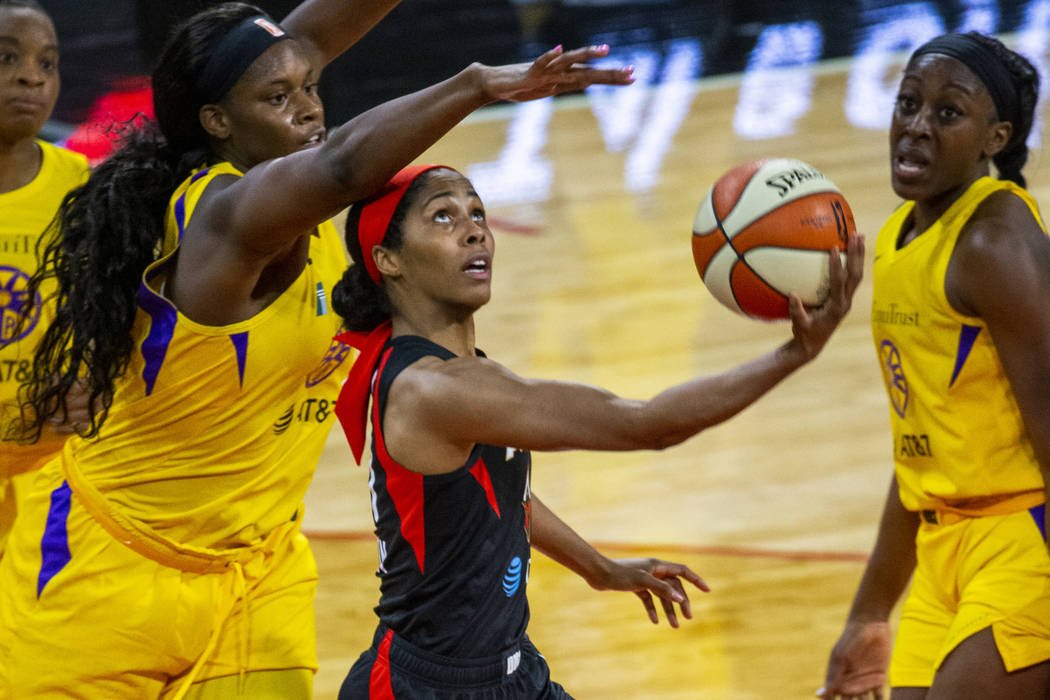 Las Vegas Aces guard Sydney Colson (51) gets off a reverse layup past Los Angeles Sparks center Kalani Brown (21) during the the third quarter of a WNBA basketball game at the Mandalay Bay Events Center on Sunday, May 26, 2019, in Las Vegas. (L.E. Baskow/Las Vegas Review-Journal) @Left_Eye_Images 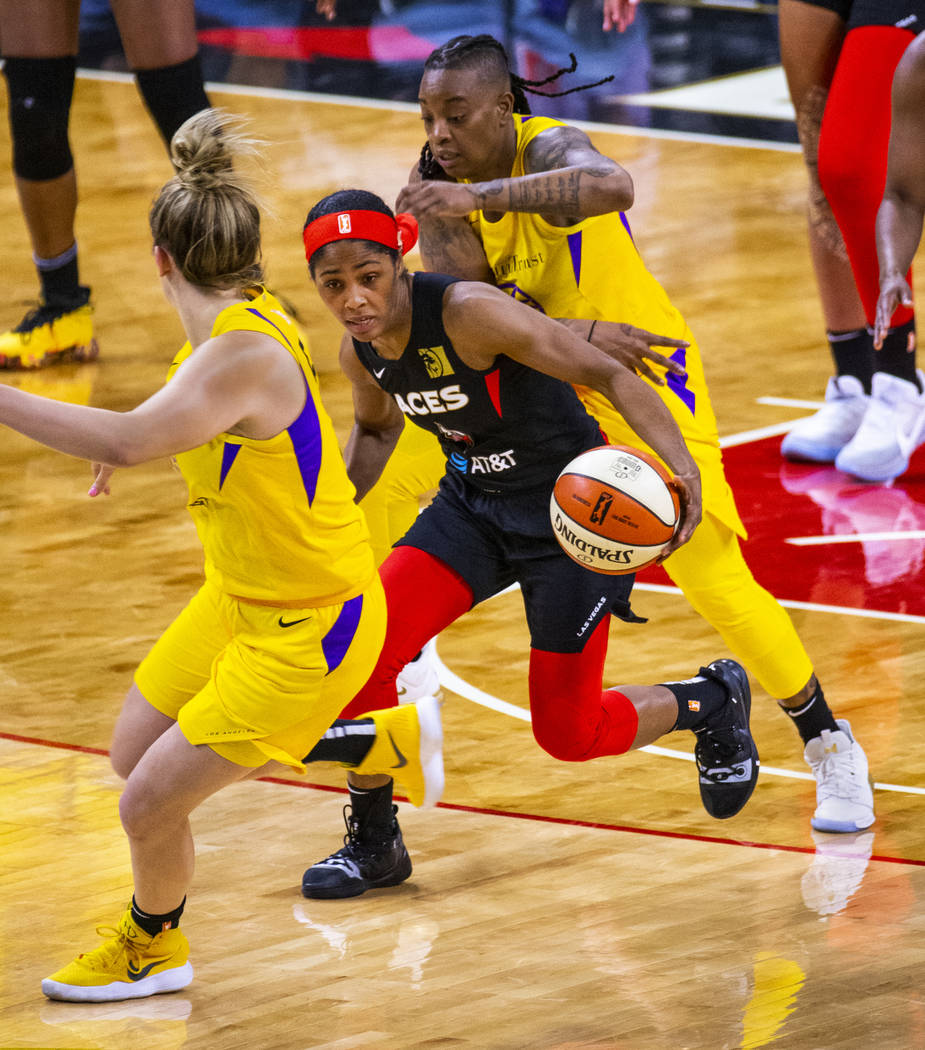 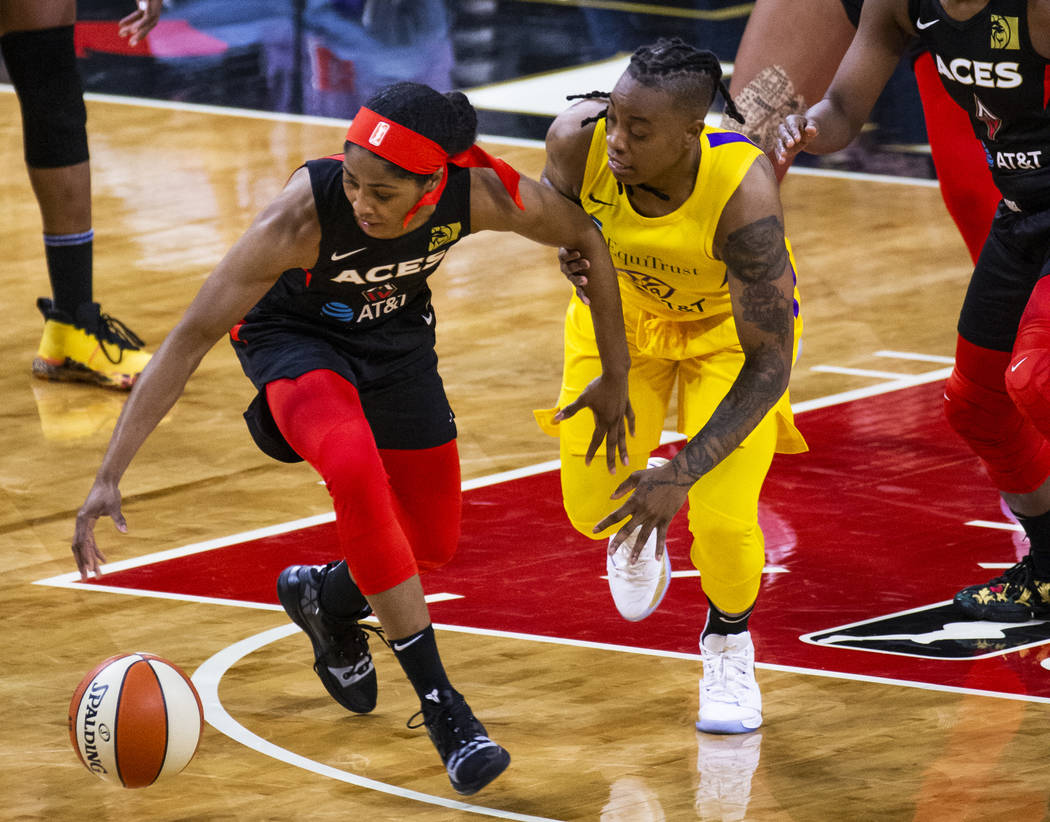 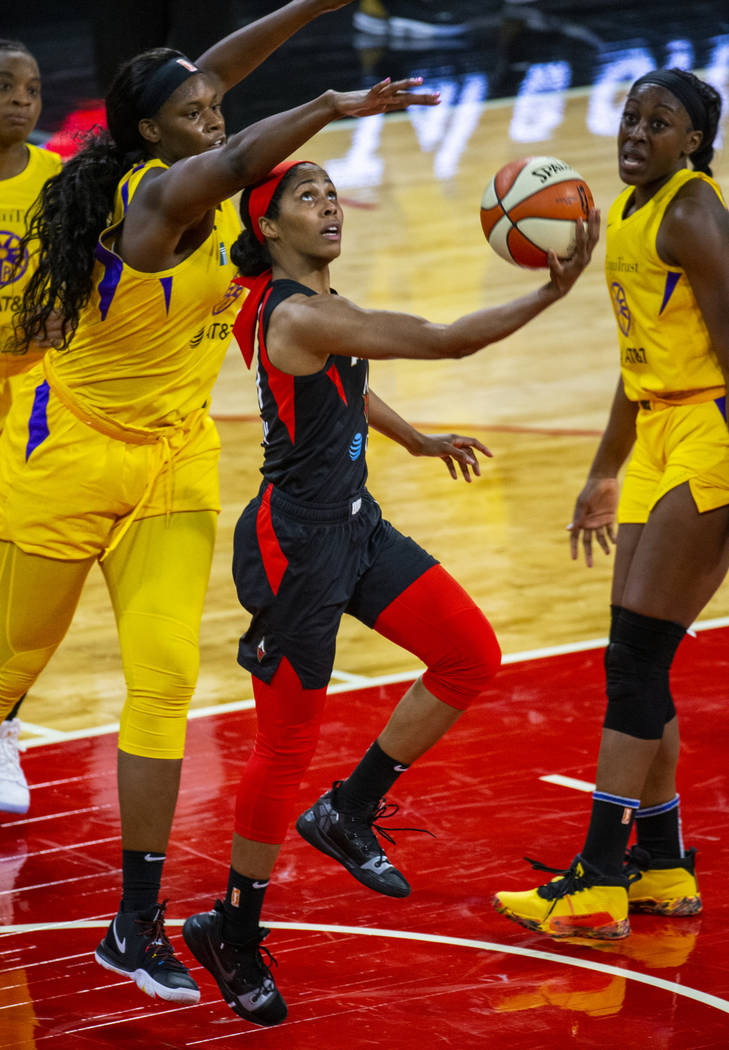 Las Vegas Aces guard Sydney Colson (51) gets off a reverse lay up past Los Angeles Sparks center Kalani Brown (21) during the the third quarter of a WNBA basketball game at the Mandalay Bay Events Center on Sunday, May 26, 2019, in Las Vegas. (L.E. Baskow/Las Vegas Review-Journal) @Left_Eye_Images 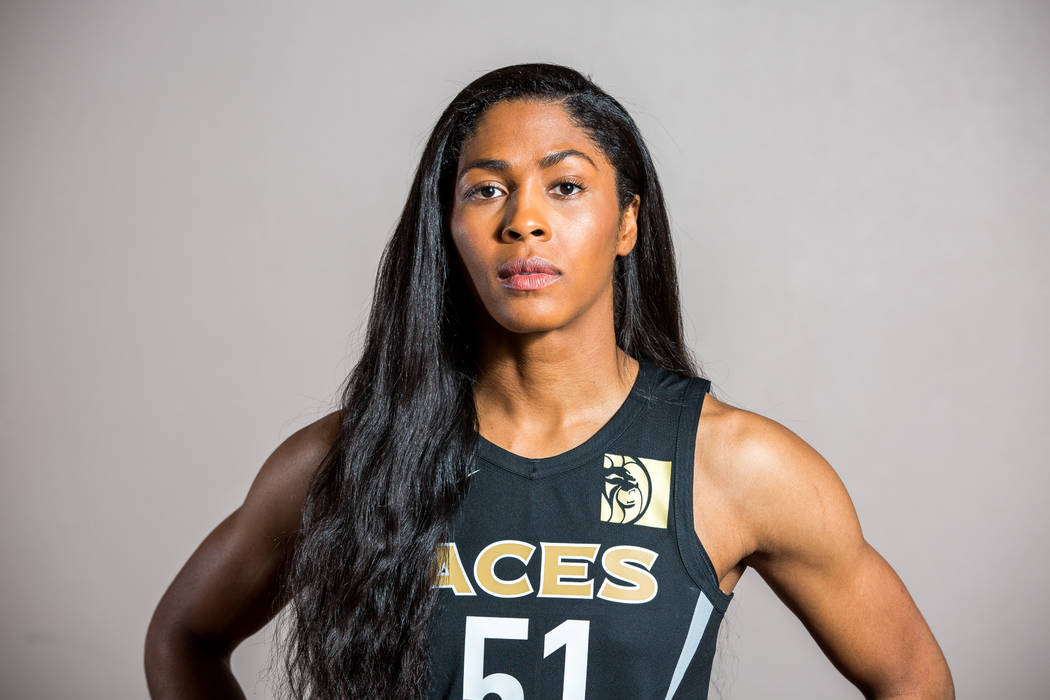 Bill Laimbeer had made up his mind. Backup point guard Sydney Colson’s short stint with the Aces was over.

Then he changed his mind.

And it seems her stint is just beginning.

The Aces signed Colson to a nonguaranteed contract one week into training camp, then told her May 23 that she would be released — three days before the team’s season opener. But Laimbeer, the team’s coach and president of basketball operations, thought better of it and kept her on the 11-player roster to open the season.

Colson, 29, has played her part in two games, providing energy and leadership in a reserve role. She scored eight points Friday in an 86-84 loss at the Phoenix Mercury for Las Vegas, which hosts the Connecticut Sun on Sunday at Mandalay Bay Events Center.

“I had the prior knowledge that (getting cut) was a possibility. As time went on, it became more of a probability,” Colson said. “It was weird, but, of course, I was grateful when (I made the team). I’m going to make the most and seize the opportunity.”

Colson had spent three years with the San Antonio Stars, but played only two games for the Minnesota Lynx last season and was out of the WNBA when training camps opened. Laimbeer brought her to camp to compete with the other guards, citing her quickness and professionalism.

She survived the team’s first cuts after its only preseason game May 19, but was on the fringe as Laimbeer prepared to finalize the roster.

“I actually told her that she was getting cut, but it all changed an hour later when I changed my mind,” Laimbeer said. “I thought we needed a guard of her skill and style that she plays. I felt like what she does and can give us was absolutely necessary, and the players agreed.”

The Aces instead waived Jaime Nared and bought out the contract of Kelsey Bone, whose deal was guaranteed. Colson played 17 minutes in the season opener and 15 minutes Friday.

The second unit is thriving, and so is she — with her quickness and professionalism.

“If you’re a bubble player, you take what comes your way,” he said. “You’re hungry every day, you keep yourself in shape, and if you don’t? You’re not a professional basketball player. And she is.”