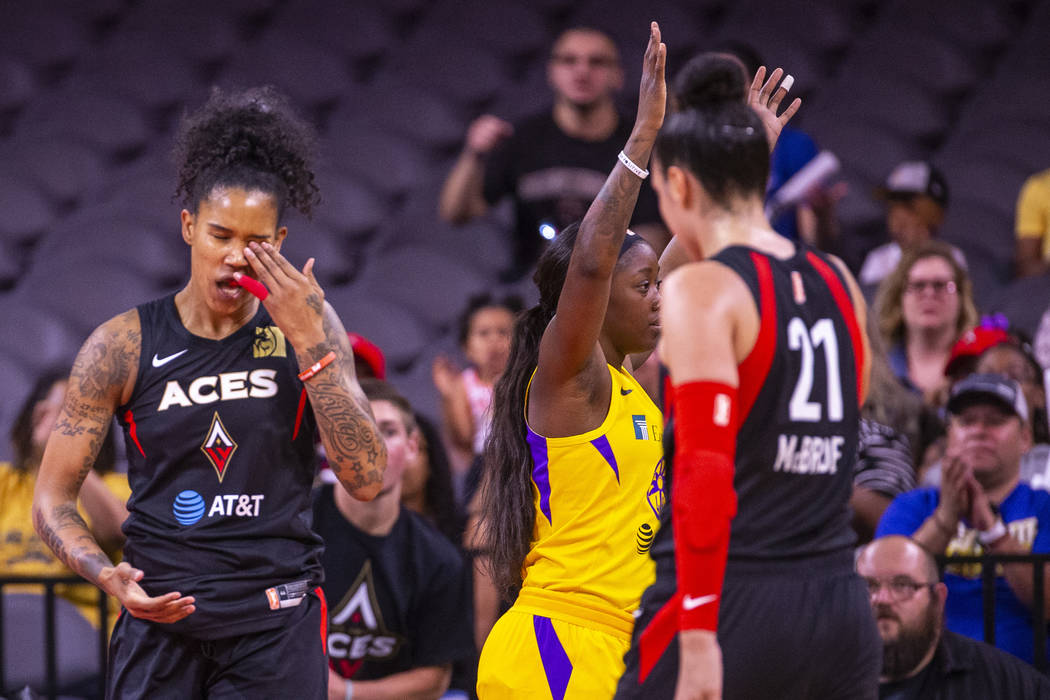 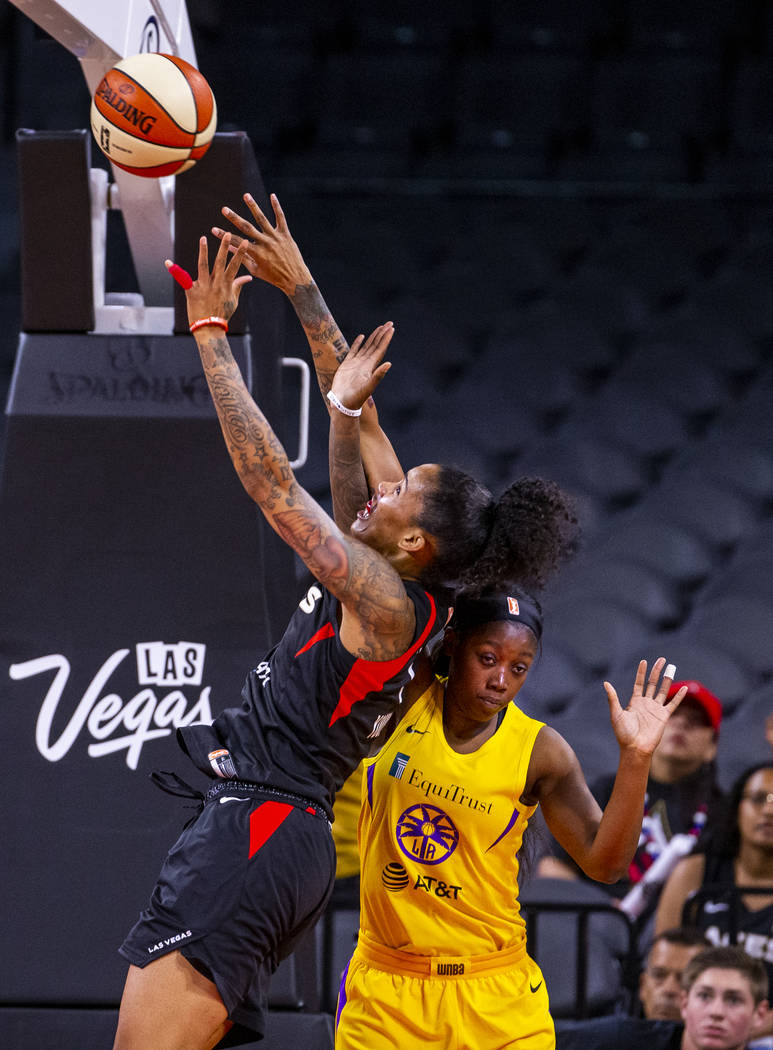 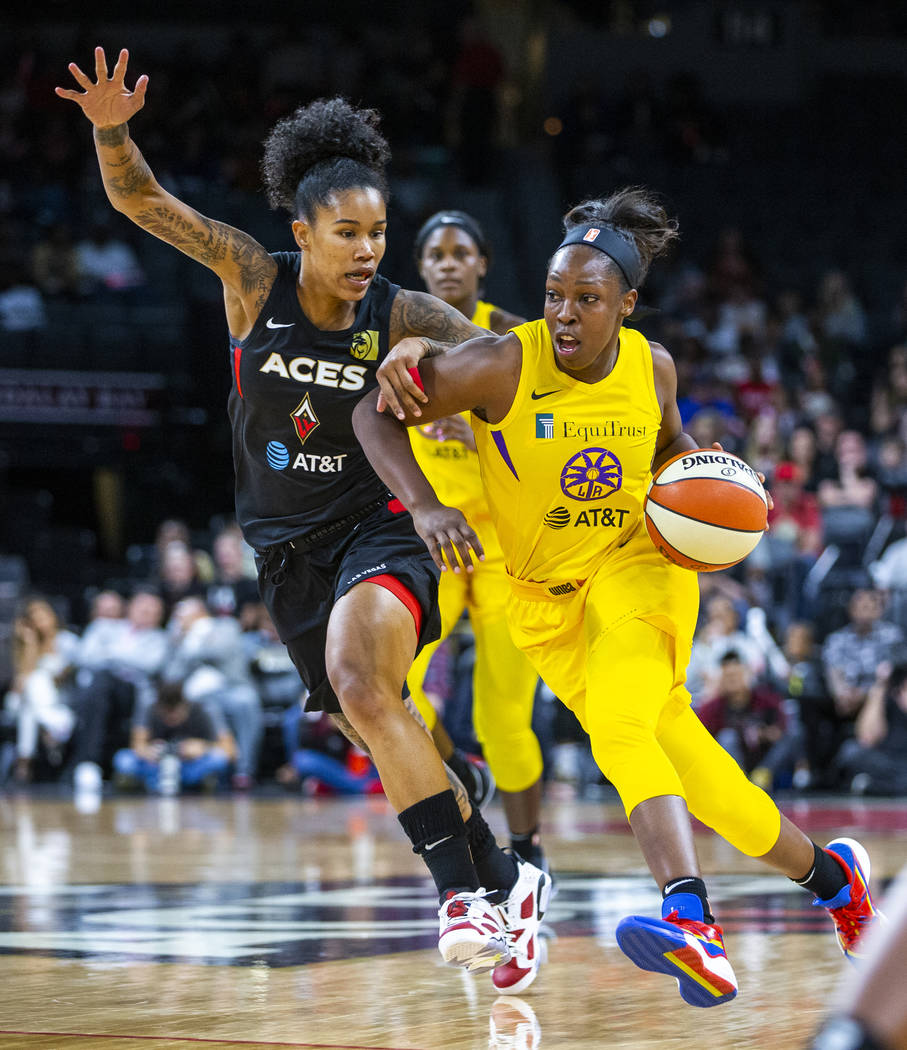 Aces forward Tamera Young has filled a variety of roles in her 12-year WNBA career.

She hopes to become a champion this season.

Young, 32, is transitioning back into a reserve role for the Aces after starting 25 of 33 games last season in her first year with the team. Las Vegas has one of the WNBA’s most impressive starting lineups, and coach Bill Laimbeer told Young before that season that he wants her to help lead a revamped second unit.

“It’s different, but I’ve been dealing with it my whole career,” Young said. “We know that we have to bring that energy, coming off the bench. … That’s what we try to emphasize.”

Young was drafted by the Atlanta Dream in 2008 and had started 179 of 305 games before signing with the Aces in February 2018. She started at small forward and averaged a career-high 9.9 points. But the Aces missed the playoffs with a 14-20 record, won the draft lottery and selected Jackie Young with the No. 1 overall pick last month.

Laimbeer wanted the 21-year-old guard from Notre Dame in the starting lineup, meaning Tamera Young would come off the bench.

“It’s a change for her from last year,” Laimbeer said. “I know she probably came into training camp this year and thought ‘Same old, same old,’ and she came in and played great throughout training camp. Hopefully this is a role that she’ll relish right now. … She’s a professional basketball player. We’ve had those conversations, and she understands it.”

Tamera Young played 19 minutes in the season opener Sunday and had two points, three rebounds, one assist and one steal in an 83-70 victory over the Los Angeles Sparks at Mandalay Bay Events Center.

She played to a plus-13 — second on the team behind fellow reserve Dearica Hamby’s plus-20 — and provided a spark with her defense and energy.

“Our defensive chemistry was really good for it being our first game,” Aces backup point guard Sydney Colson said. “Every bench that we play against, we want to have better numbers, leave a bigger impact. … Our bench needs to be the difference in every game.”

At this stage of her career, Young said she only wants to win a WNBA championship, regardless of her role. She reached the WNBA Finals in 2014 with the Chicago Sky — losing in three games to the Phoenix Mercury.

“Time is getting limited now,” Young said. “That’s what I’m fighting for. This is a great group that we have. I think this can be a great year for us.”