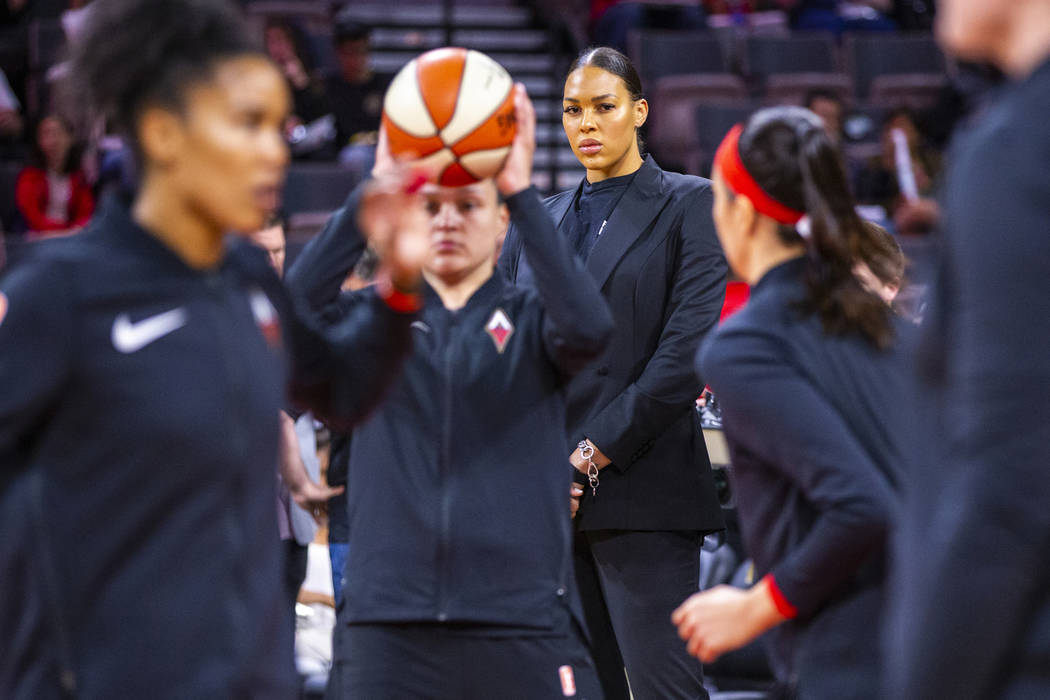 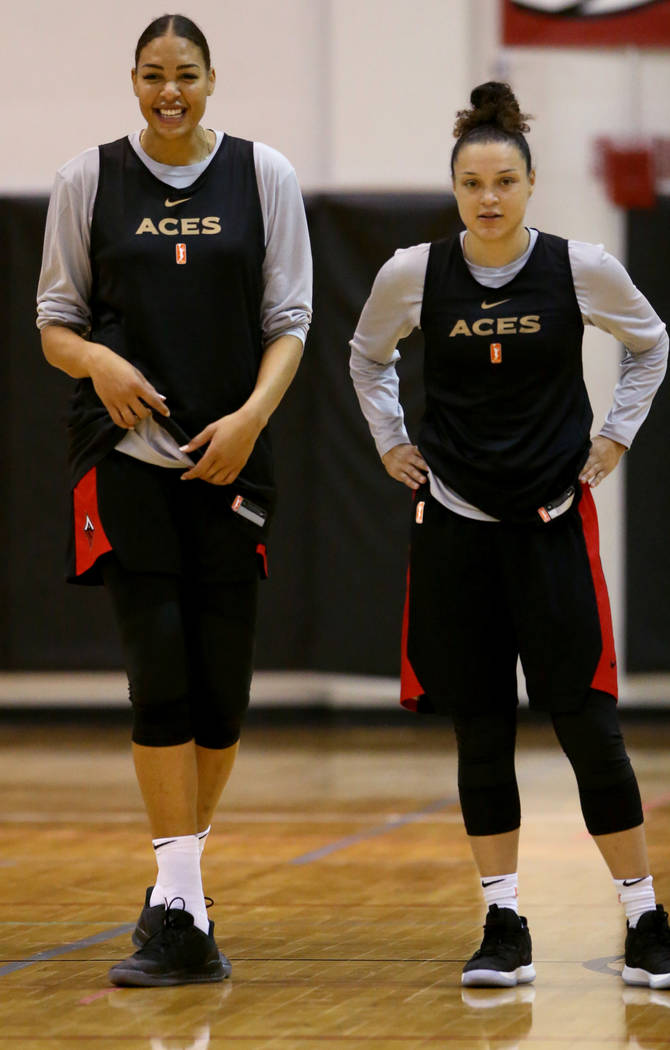 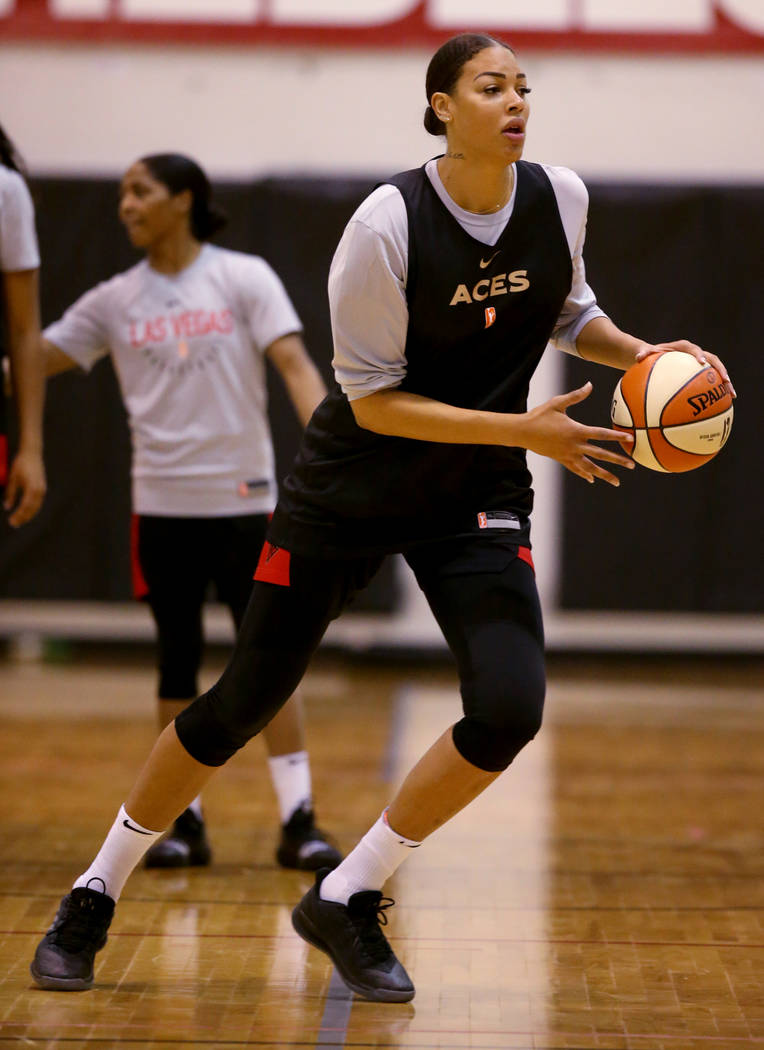 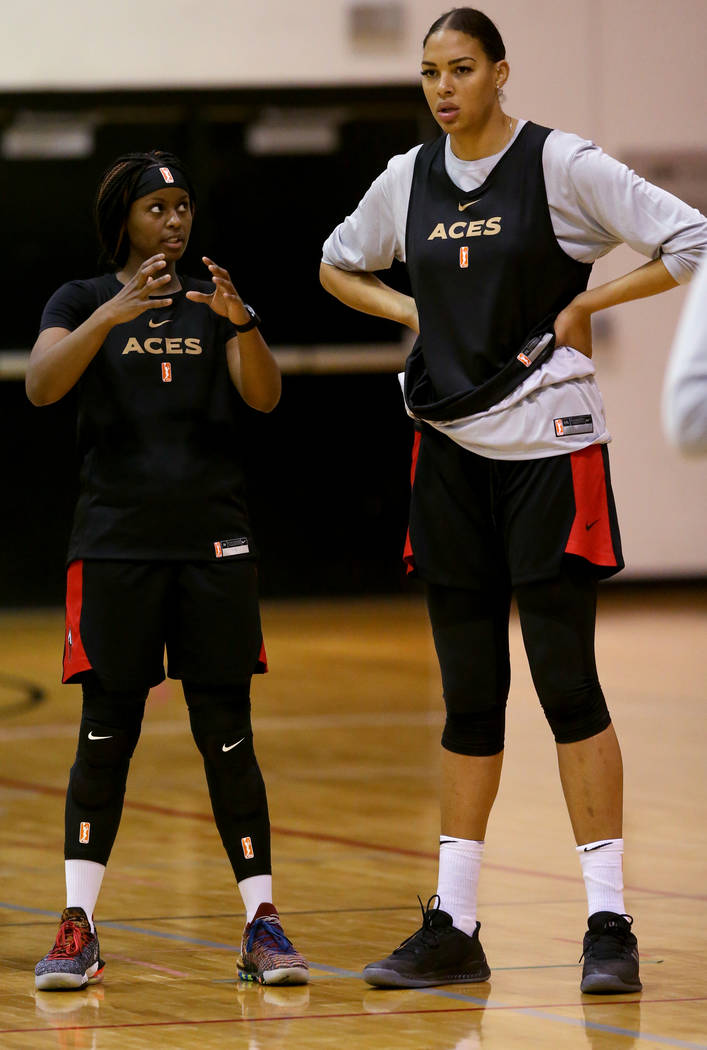 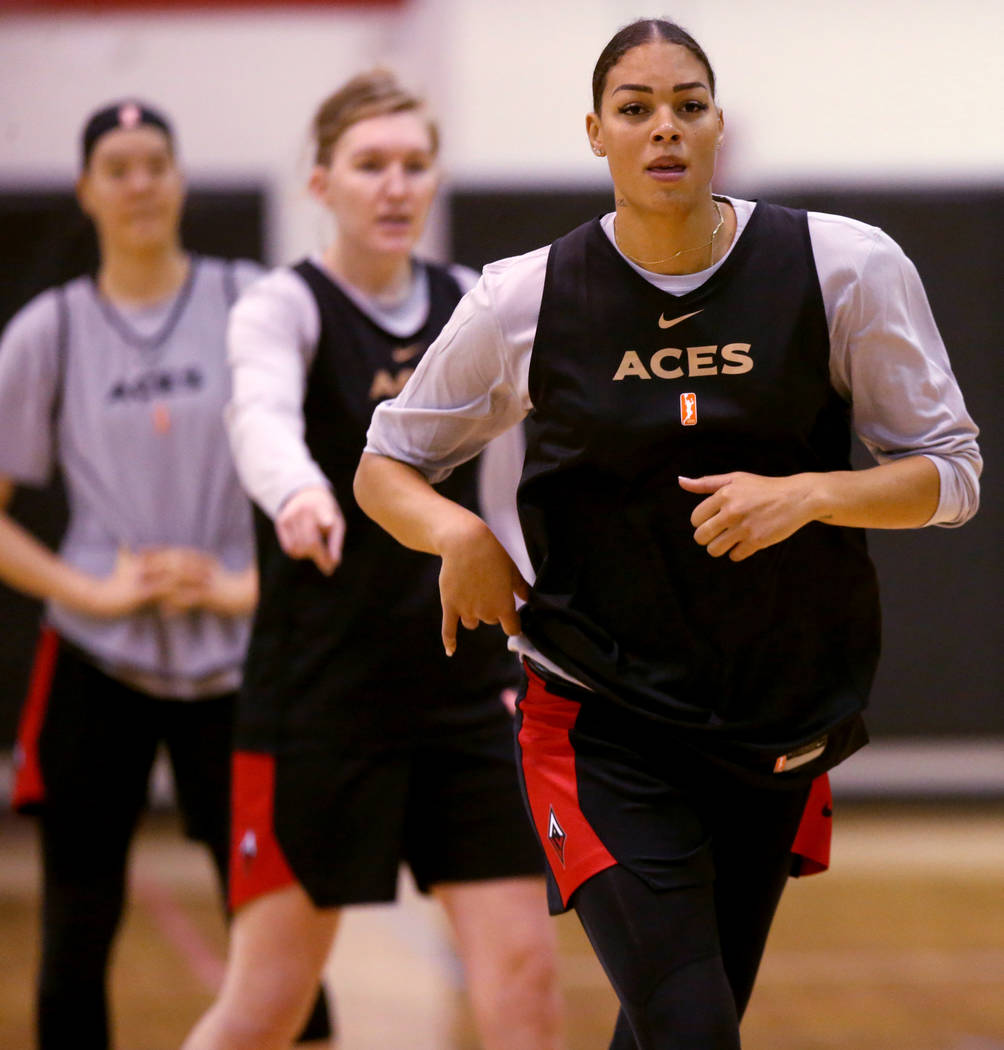 “Big games,” she says. Like the one she’ll play in Friday.

“If you’re not nervous, that means you don’t care,” she said. “I just want to get out there.”

Cambage will make her Aces debut at the Phoenix Mercury, more than two weeks after they acquired her from the Dallas Wings. The 6-foot-8-inch center has been bothered by Achilles tendinitis since the WNBA offseason and has spent the past several months rehabilitating the injury.

The Aces were aware of the injury when they traded for her and implemented a plan to prepare her for the rigors of the season. She began practicing last week, but sat out the season opener Sunday.

“Watching the girls play the other night, I wanted to be out there so badly, especially opening night,” Cambage said. “But I have to put my body first and do it right so I’m ready to play 50 minutes if it comes to that when it’s playoff time.”

Cambage was a full participant in practice Tuesday and Wednesday and a limited participant Thursday. Aces coach Bill Laimbeer said Cambage won’t start against the Mercury and probably will be limited to 15 to 20 minutes.

“She’s mentally there,” Laimbeer said. “I’m anxious to see her actually get into the game and see what she can do with the group that we have.”

At practices, Cambage has shown flashes of her low-post dominance that propelled her to an average of 23 points and the WNBA scoring title last season. She also shoots from the perimeter and is a heady passer.

She has stayed after almost every practice to shoot at game speed with coaches and has made a concerted effort to improve her conditioning.

“I haven’t played in eight months. I have to put in all the extra work right now,” she said. “You’ve just got to do it to be your best out there.”

Kayla McBride often shoots after practices, too, and stayed Wednesday to work with Cambage. The Aces guard said she is looking forward to incorporating her new teammate into the lineup.

“You can tell she’s a little nervous,” McBride said. “She wants to be great, and that’s a great quality to have. It’s going to take time. We have to be patient with that.”