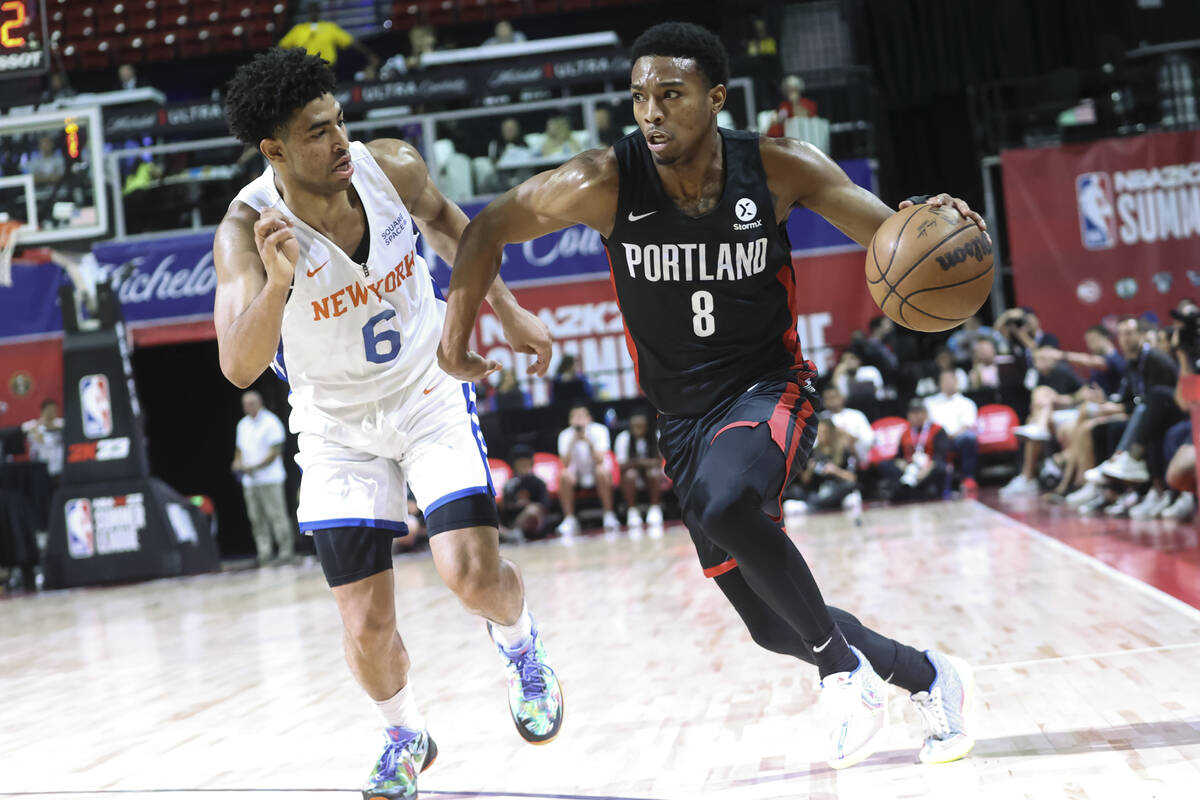 Stars of the day

The undrafted guard from Arizona helped power Portland toward its championship, scoring a team-high 22 points on 5-of-9 shooting while making all 10 of his free-throw attempts. Williams added five assists as he pushes for additional playing time in 2022-23. He played 24 games last season as a rookie, though an improved roster could leave him on the periphery.

The undrafted forward from Florida State finished summer league with a perfect performance. Butler made all nine of his field-goal attempts en route to 25 points and seven rebounds while posting a team-best plus/minus of plus-34.

Formerly of Boise State, Kigab helped key the Raptors to victory in their finale, posting 15 points and 10 rebounds while shooting 7 of 14 in 25 minutes. Kigab began his college career at Oregon but left after the 2018-19 season for Boise, where he became one of the Mountain West’s best players, averaging 14.8 points and 5.7 rebounds in 2021-22 as a fifth-year senior.

Faces in the crowd

“He spits. He’s got music,” he said. “MarJon Beauchamp’s got bars.”