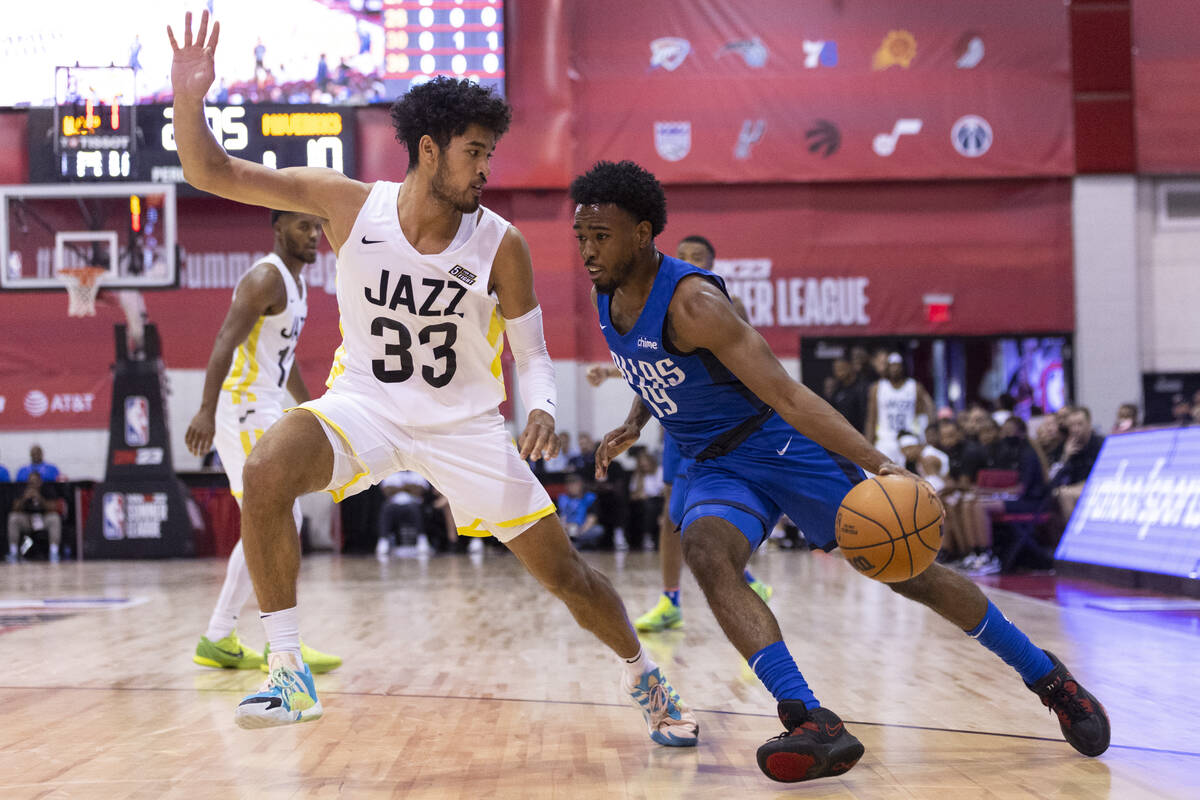 Top draft picks and highly touted NBA prospects will garner most of the attention during NBA Summer League. But many other players are hoping to make a memorable first impression to get themselves one step closer to playing in the league.

Several former Division I college players are getting their first taste of summer league after playing overseas. Their hope is the international experience has helped to make their game more NBA ready.

“The best option for me was to go overseas my first year,” said Mavericks guard Jerrick Harding. “At least I had a job and wouldn’t be waiting around. I’m glad it happened.”

Harding, who graduated from Weber State as the school’s all-time leading scorer, has spent the last two years playing in the Czech Republic’s National Basketball League.

The 6-foot-1 guard led ERA Basketball Nymburk, his NBL team, in scoring last year, averaging 19.1 points per game, and helped it win back-to-back championships. His performance last season led the Mavericks to call Harding to a free agent camp, which led to him making their summer league roster.

The previous two NBA offseasons were impacted by COVID, with there being no summer league in 2020 and the 2021 edition taking place in August.

Without the regular predraft workouts and offseason camps, Harding and Cleveland Cavaliers forward Nate Reuvers saw their best opportunity to continue their basketball careers was to join a team abroad.

“Overseas basketball isn’t for everybody,” said Reuvers, who played at Wisconsin. “A lot of people think they can just go over there and have success. Sometimes it’s tough to fit in.”

Reuvers was the only American on his Croatian League team, KK Cibona, that won the championship last season. Even though Reuvers wasn’t alone, as his girlfriend came with him, he admitted it was still a culture shock with the different language in his new environment.

The style of basketball took some adjustments too. Harding said there is not a lot of isolation play like there is in the NBA, with more set plays run on offense. And Reuversnoticed the overseas game was more physical than in the U.S.

Going overseas has provided an opportunity for former college players to add different elements to their game to be a better all-around player while still playing against professionals.

“It molded my game a lot from college,” said Jermaine Marrow, a guard from Hampton University who played in Spain last season and participated in the HBCU showcase. “A lot of guys knew me in college as a scorer. When I got overseas, I showed that I can handle the ball and get guys around me better. That really just polished my game for the NBA.”

If Harding or any of the others sign with an NBA team, it would be the culmination of a long road that began abroad.

“I wanted to come here, open eyes and put my name on the map,” Harding said. “I want a real opportunity at this level. The NBA is my ultimate goal. I’m just working toward that.”