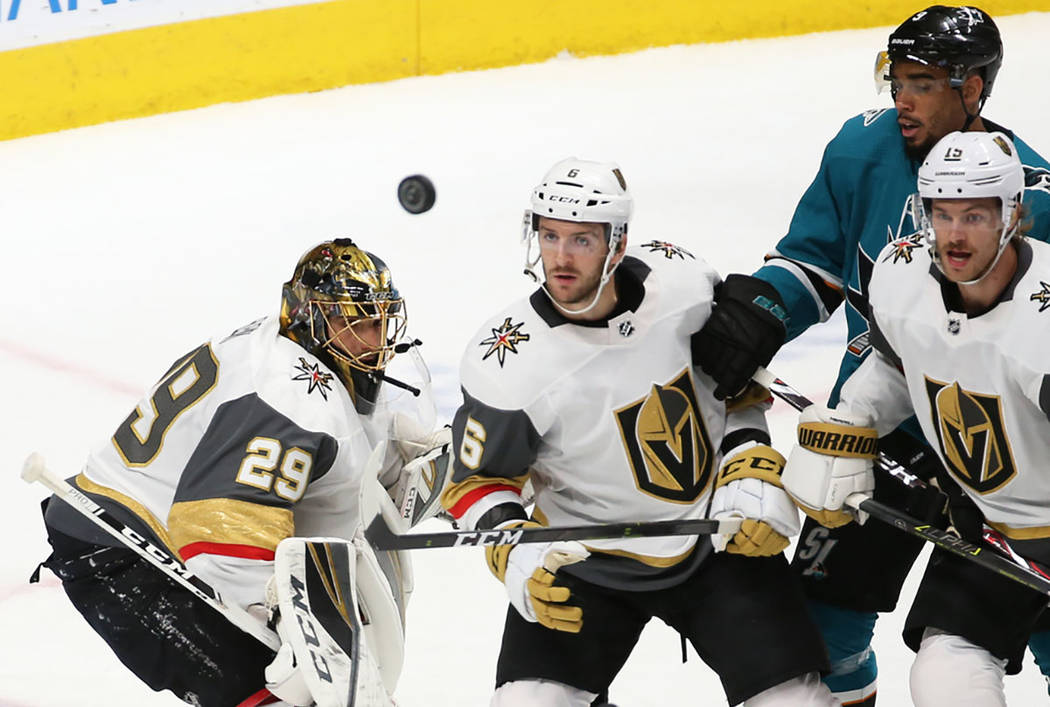 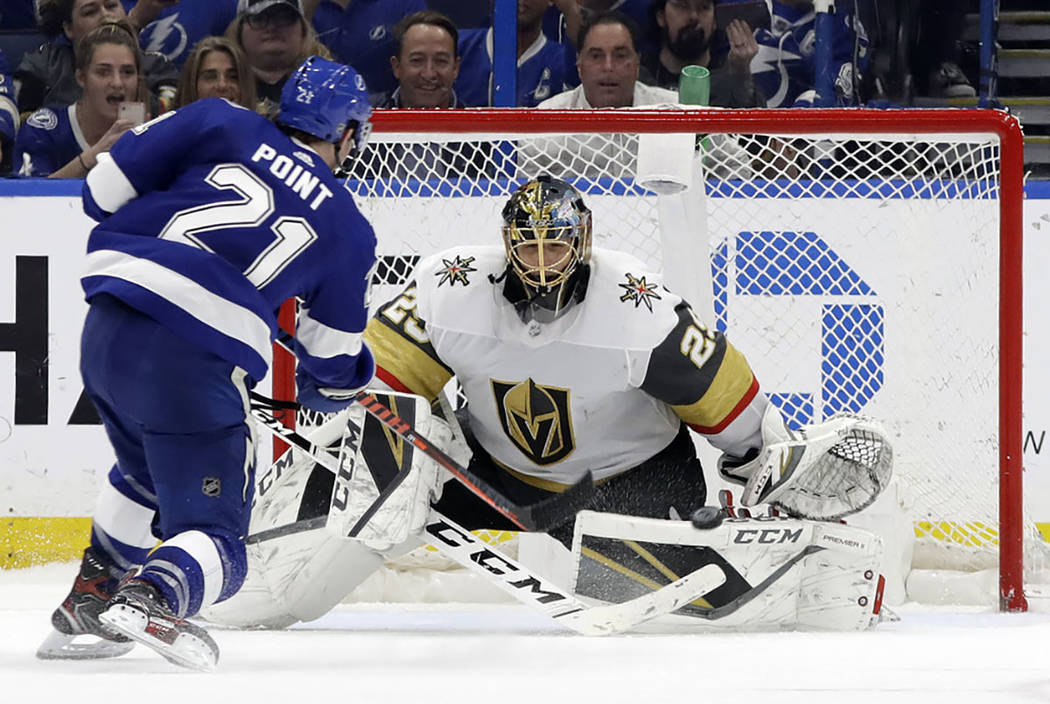 If not for a controversial major penalty called on the Golden Knights in Game 7 of their 2019 playoff series loss to the Sharks, many hockey followers believe Vegas would’ve reached the Stanley Cup Final for the second time in its two-year franchise history.

The good news for Knights fans is that Las Vegas oddsmakers expect them to be the best team in the Western Conference next season and the second-best squad in the NHL, behind the Tampa Bay Lightning.

The Westgate sportsbook on Sunday posted 2019-20 NHL regular-season point totals, playoff odds and division odds. Vegas is second in points, at 103½, to the Lightning (108½) and is the even-money favorite to win the Pacific Division.

“They play in the weakest division in the NHL. They should dominate their division this year,” Westgate sportsbook manager Ed Salmons said. “Last year, they were off the Stanley Cup Final, which makes for such a short offseason. It was just kind of a letdown the way the whole season went last year. But we expect big things this season from the Knights.”

Vegas, which went 43-32-7 for 93 points last season, opened at 101½ points shortly after the season ended and had moved to 102½ before climbing another point when the Westgate released numbers for all 30 NHL teams.

The Knights are at 101½ at William Hill sportsbook.

“Boston is filling the Knights’ role from last year,” Salmons said. “They had a really long season playing all the way to Game 7 of the Stanley Cup Final. The hockey offseason is so short and Boston is a little older team.

“I would expect Boston to not have as good a regular season as last year.”

Other Eastern Conference teams Salmons expects to regress are the Columbus Blue Jackets and Pittsburgh Penguins.

“That’s the lowest number we’ve had on Pittsburgh in 20 years,” Salmons said. “Pittsburgh has always been over 100. Pittsburgh’s an older team. They’re past that (title) window now. It’s a matter of when they have to rip it apart.

“I kind of feel Washington is in the same boat. They won the championship two years ago, but it kind of feels like time is closing fast.”

In the West, Salmons expects the Winnipeg Jets, Calgary Flames and San Jose Sharks to take a step back.

“Winnipeg lost a lot. Calgary overachieved last year. They weren’t as good as their regular season,” he said. “San Jose is an older team, and their best player (Joe Pavelski) left to Dallas.”

The Stars, who also added Corey Perry in the offseason, are one of the teams Salmons and other Las Vegas oddsmakers are high on next season.

“The Stars are probably the second-best team in the Western Conference,” Caesars Entertainment sportsbook risk manager Jeff Davis said. “Dallas has really improved adding Pavelski. Corey Perry is old now, but maybe he drums up a second wind because he knows he’s on a Cup contender.”

“The Devils got the No. 1 pick, Jack Hughes. They got (P.K.) Subban for nothing from Nashville. Their best player, Taylor Hall, the (2018) MVP, missed a lot of time last year and their goalie was banged up last year,” Salmons said. “If all those things come together, I really expect them to have a dramatic improvement this year.”

In the West, Salmons sees the Vancouver Canucks and Arizona Coyotes as teams on the rise.

“Vancouver has a ton of young talent. They’re a team on the come. It’s just a matter of when everyone matures. They have a chance to be really good this year.”

Davis said the final grade on the Knights’ offseason will come down to whether or not they sign Nikita Gusev.

“He’s the best player in the world not currently playing in the NHL,” Davis said. “But I still think they’re the best team in the Western Conference without him.”