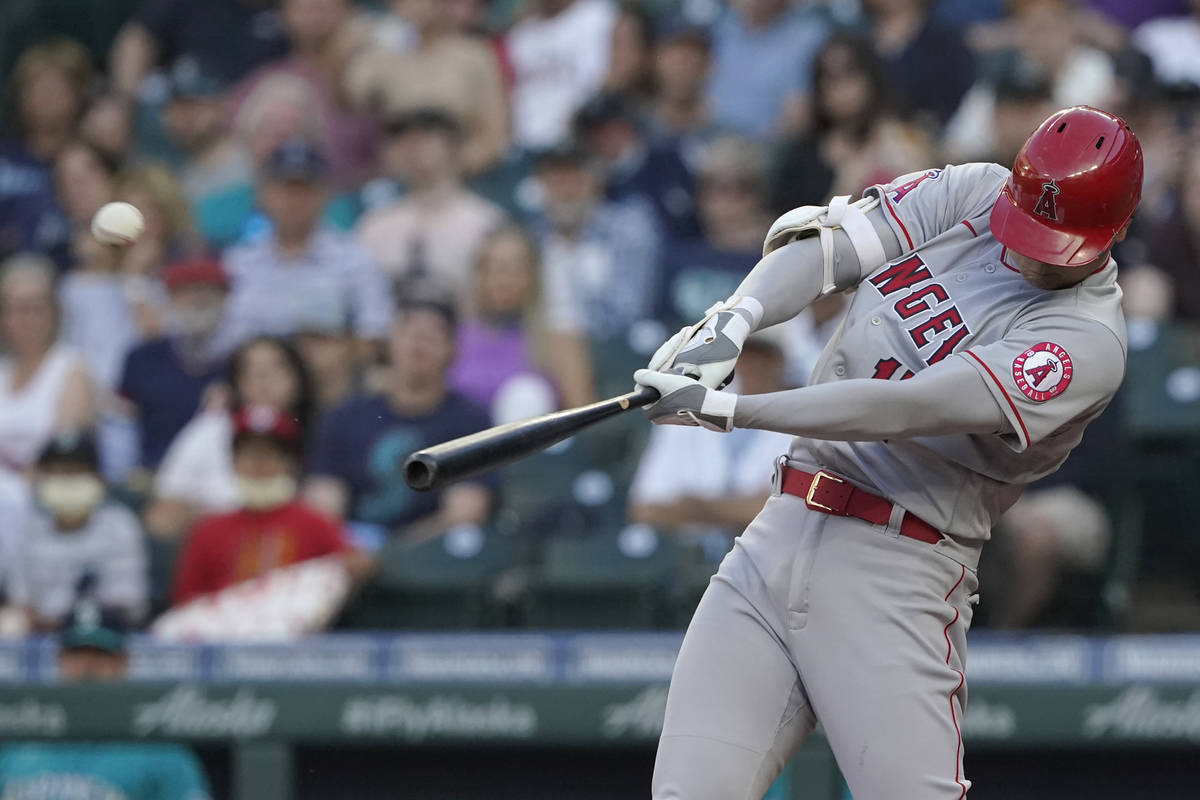 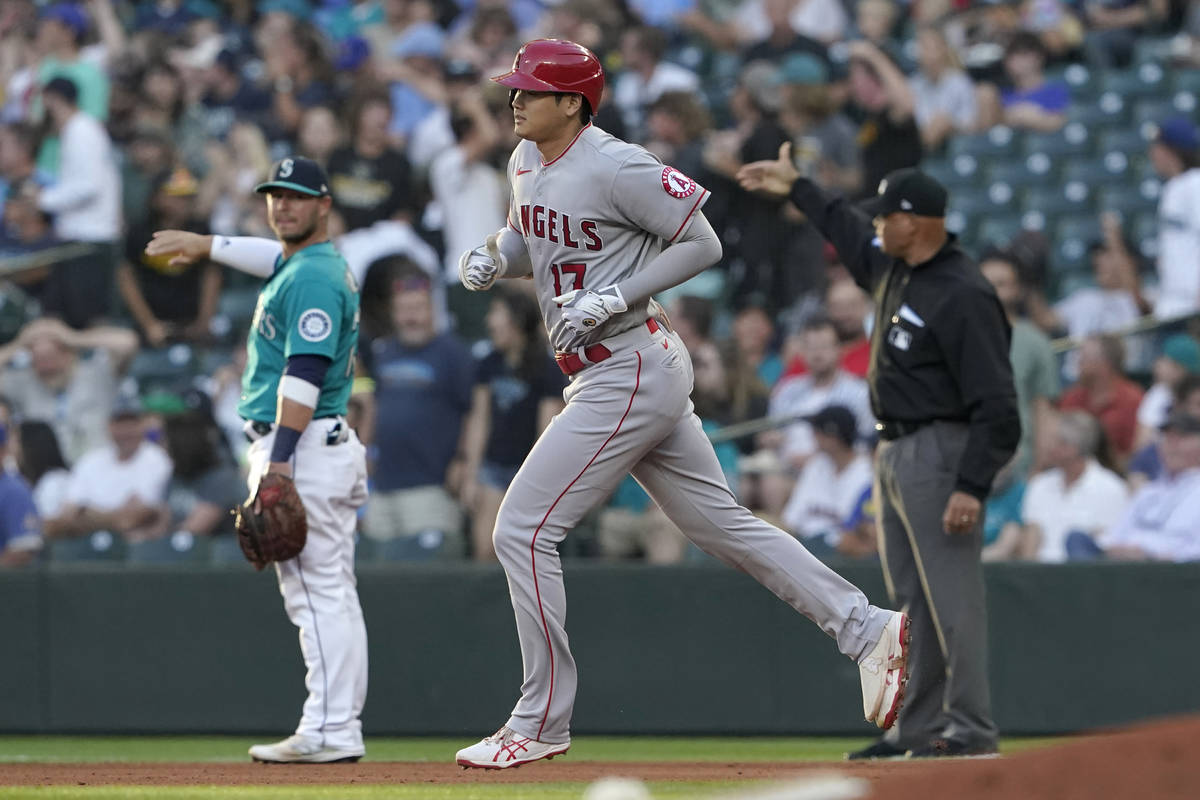 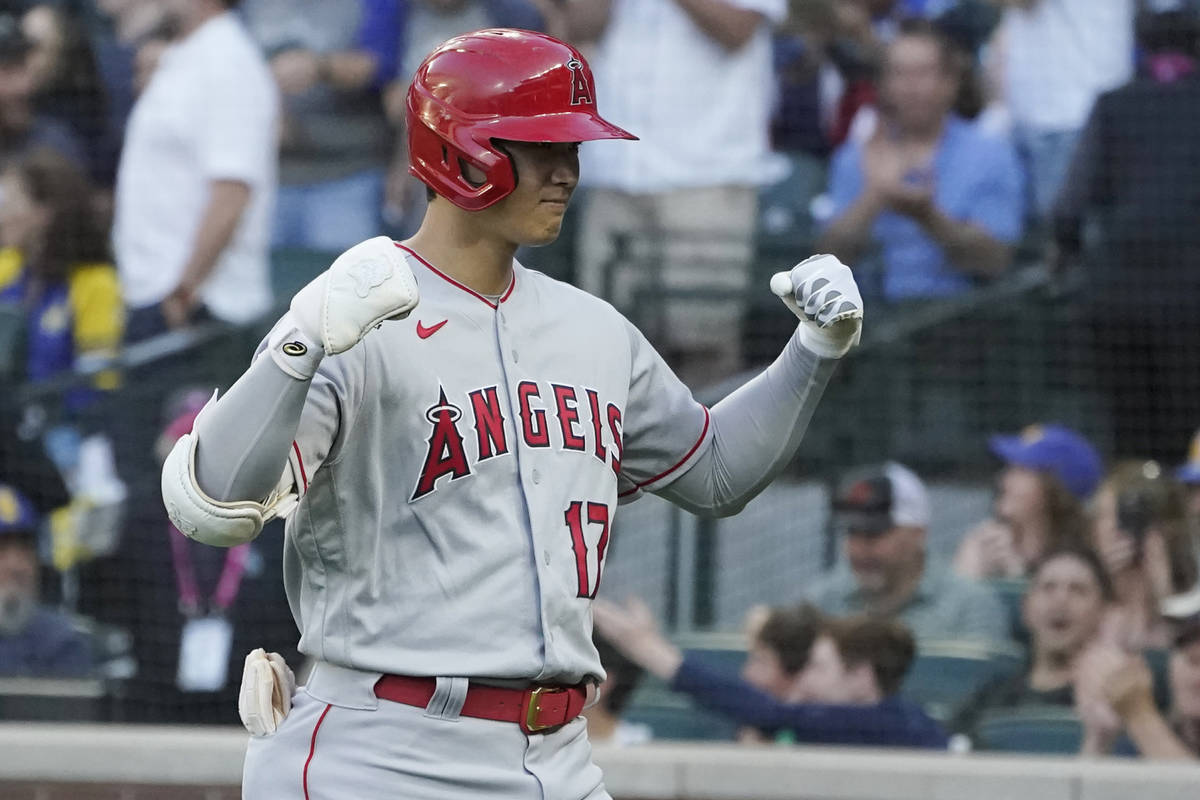 Los Angeles Angels' Shohei Ohtani flexes his arms after crossing the plate after he hit a solo home run during the third inning of a baseball game against the Seattle Mariners, Friday, July 9, 2021, in Seattle. (AP Photo/Ted S. Warren) 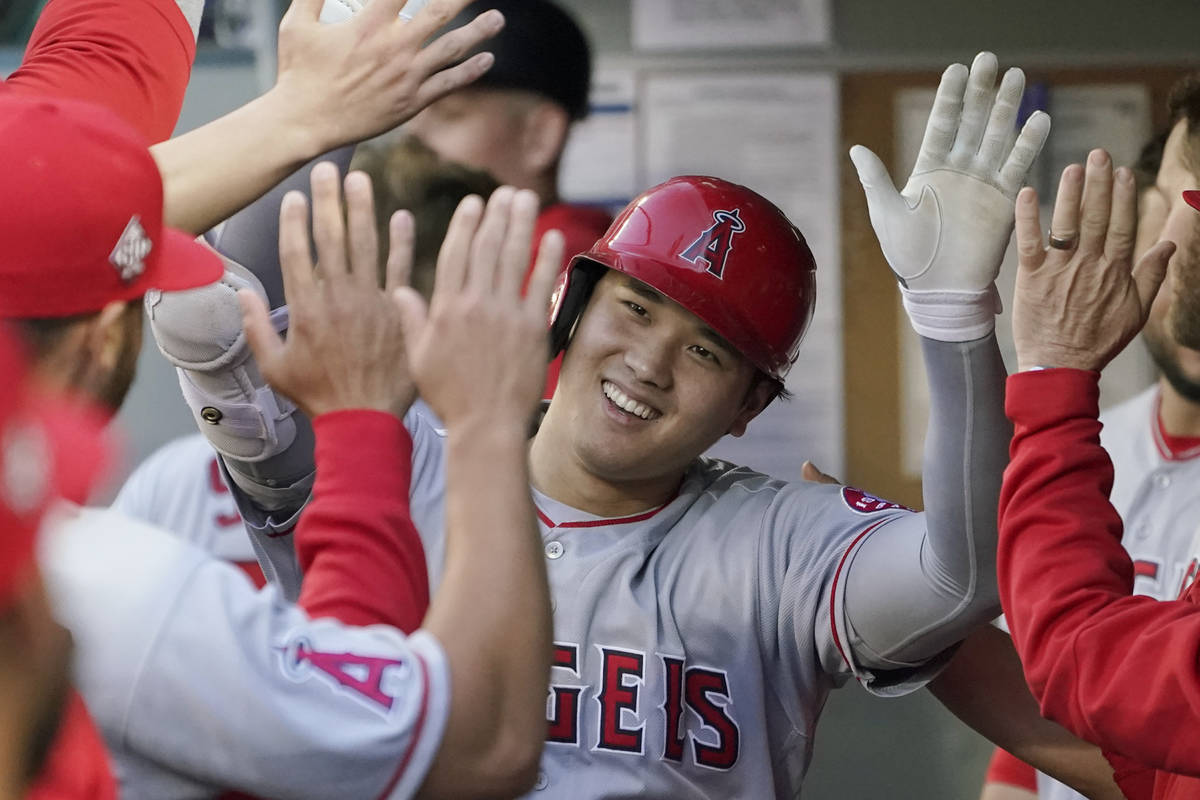 Los Angeles Angels' Shohei Ohtani is greeted in the dugout after he hit a solo home run during the third inning of the team's baseball game against the Seattle Mariners, Friday, July 9, 2021, in Seattle. (AP Photo/Ted S. Warren) 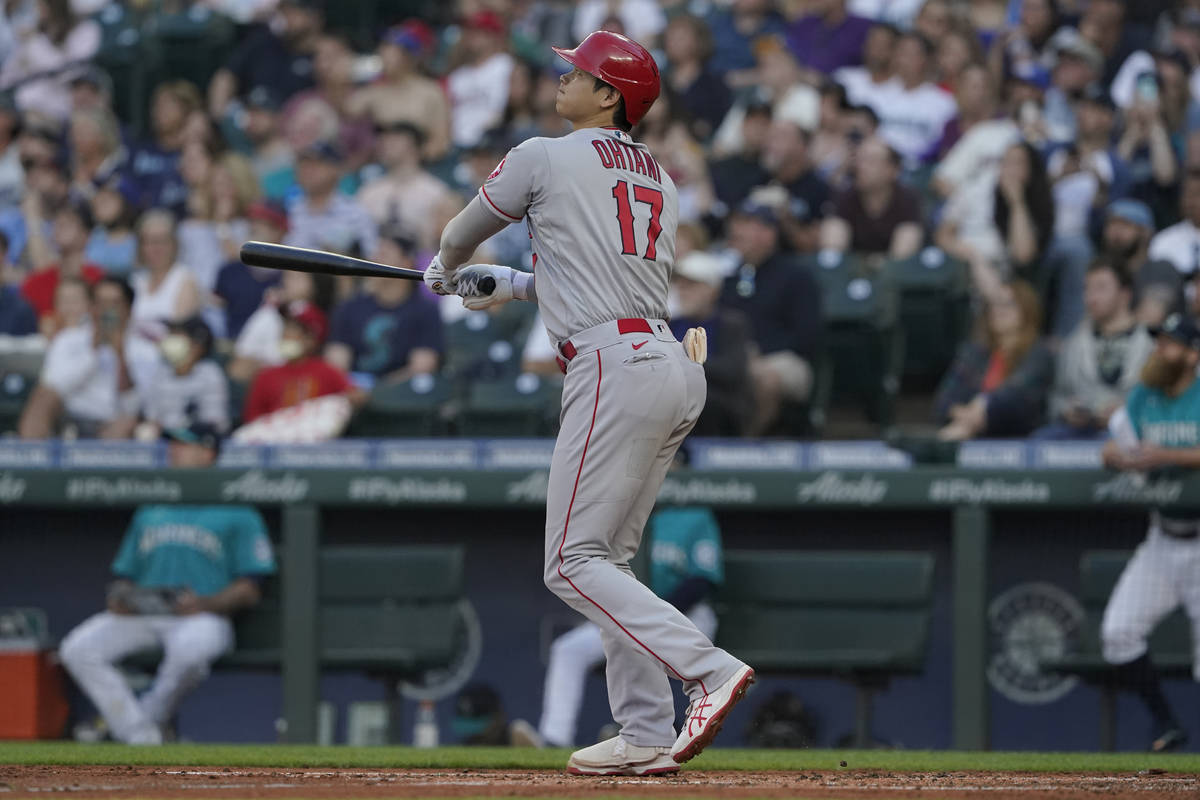 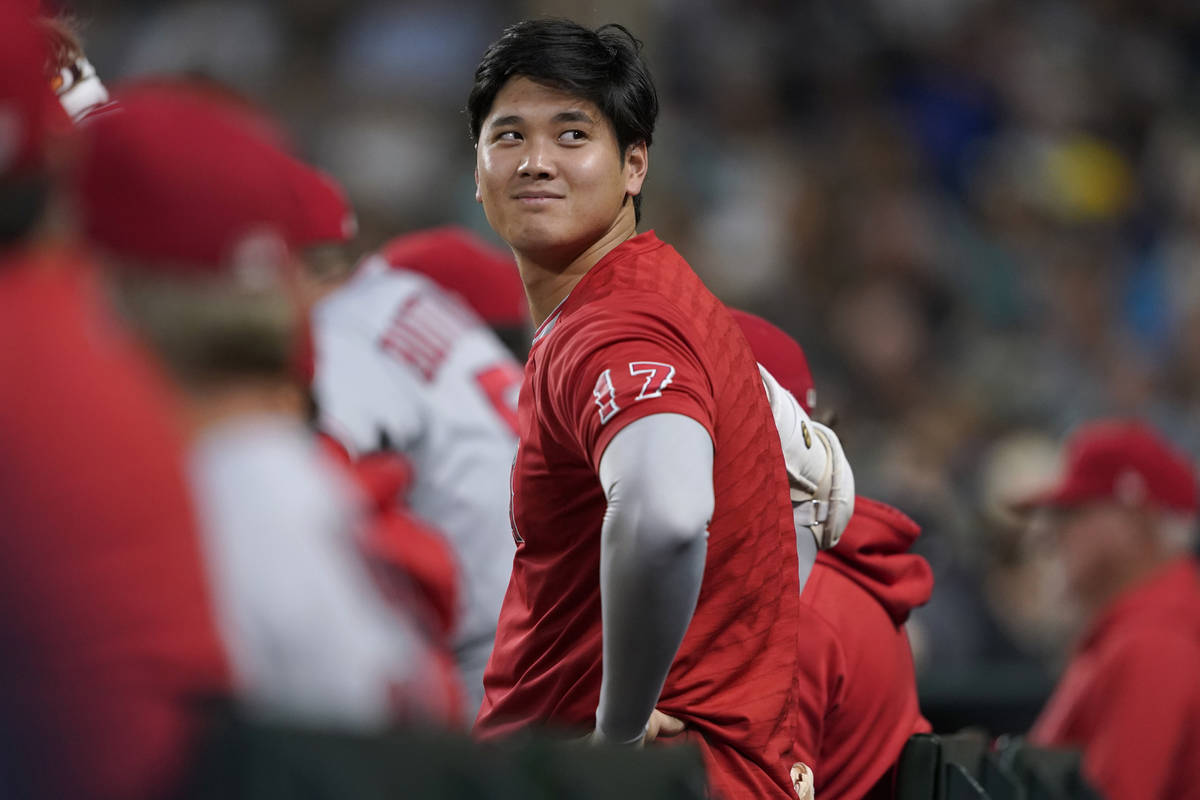 Los Angeles Angels' Shohei Ohtani looks out from the dugout during the sixth inning of the team's baseball game against the Seattle Mariners, Friday, July 9, 2021, in Seattle. (AP Photo/Ted S. Warren) 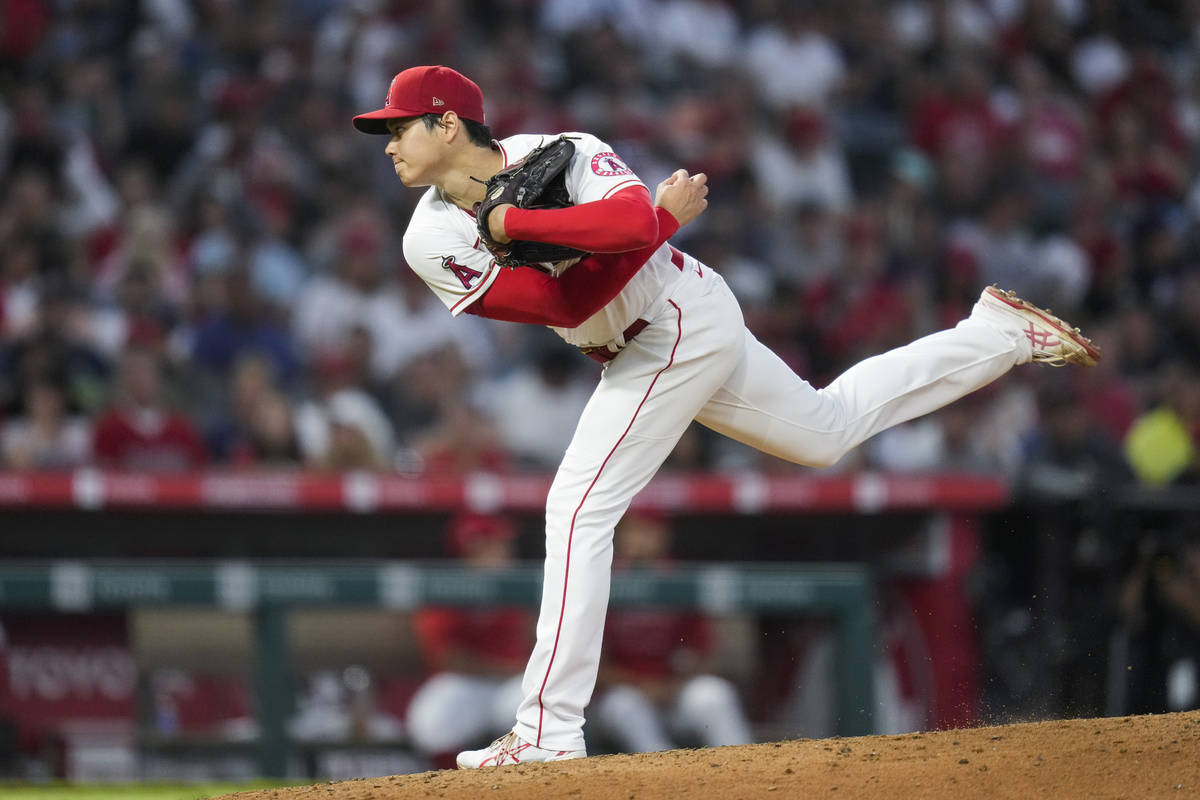 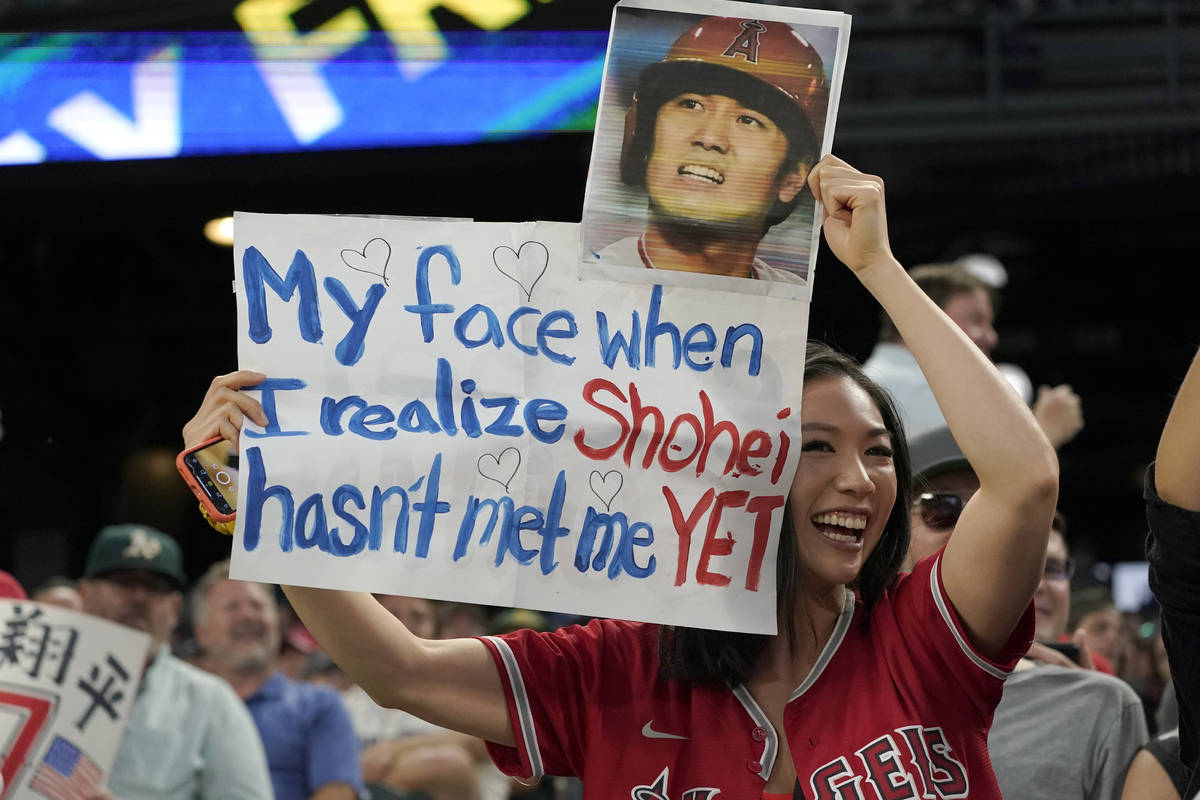 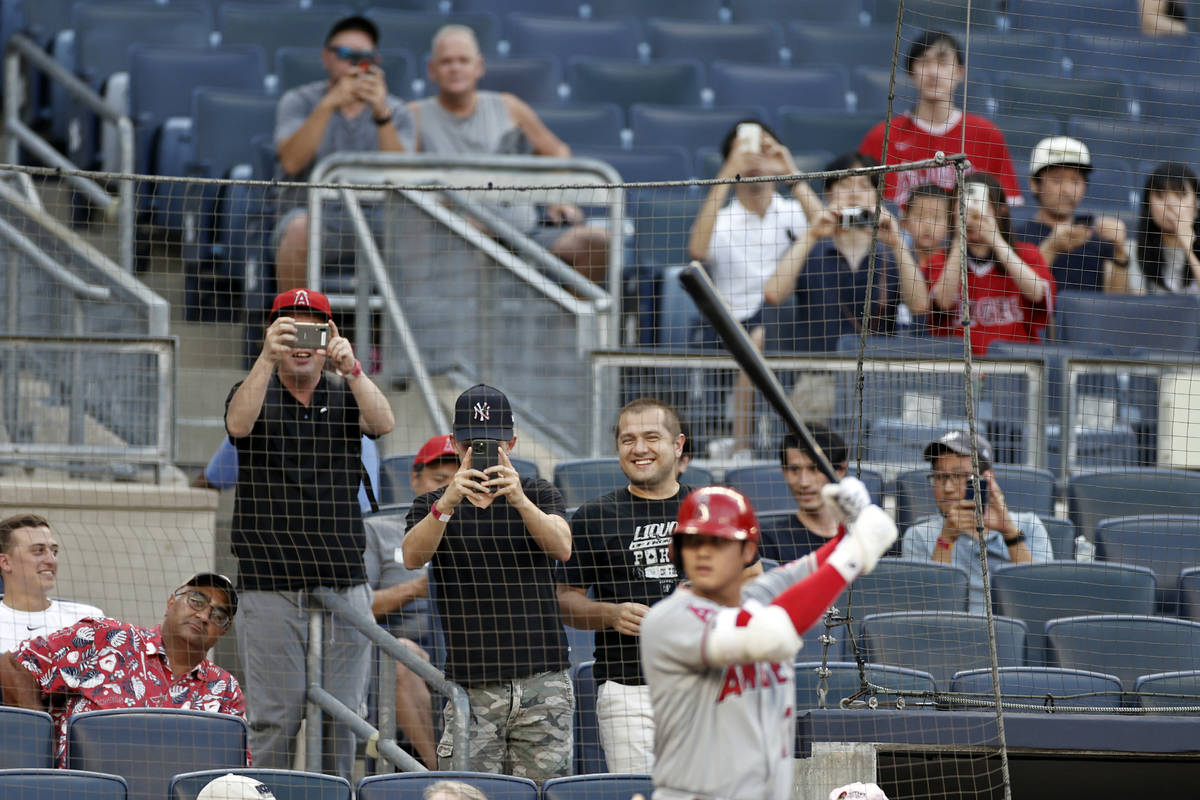 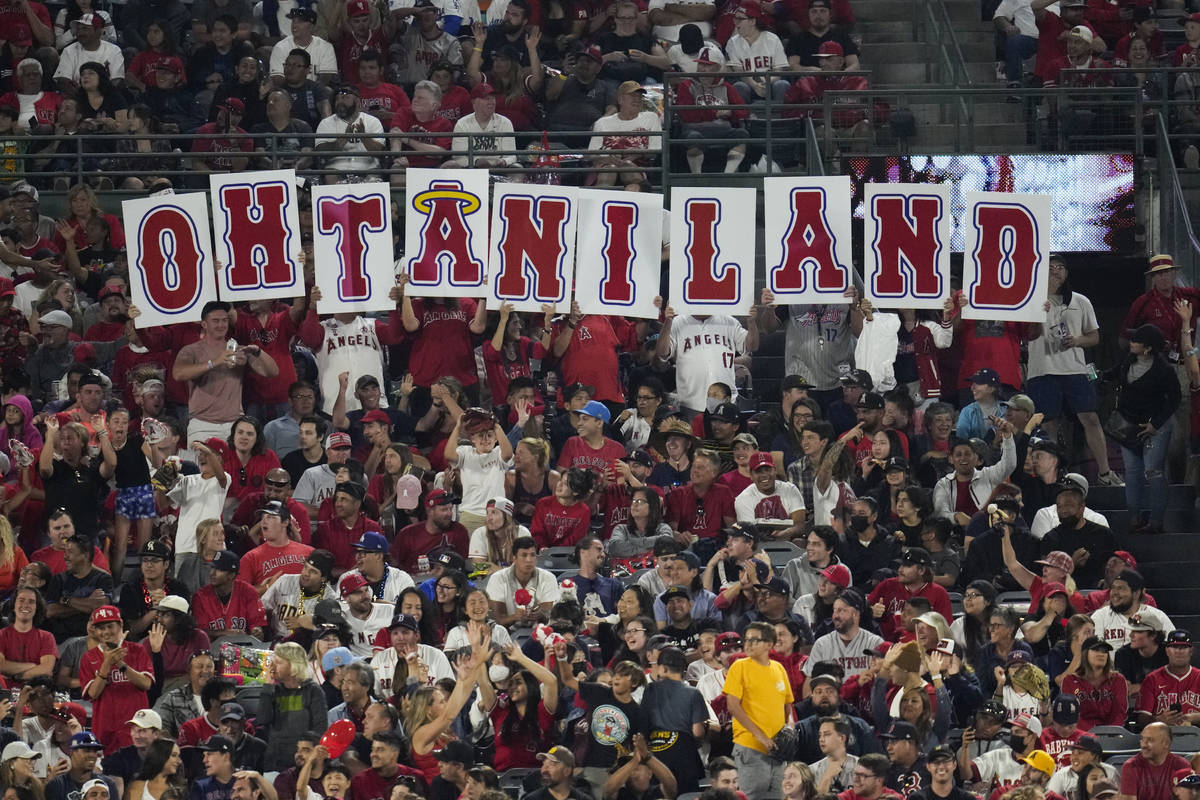 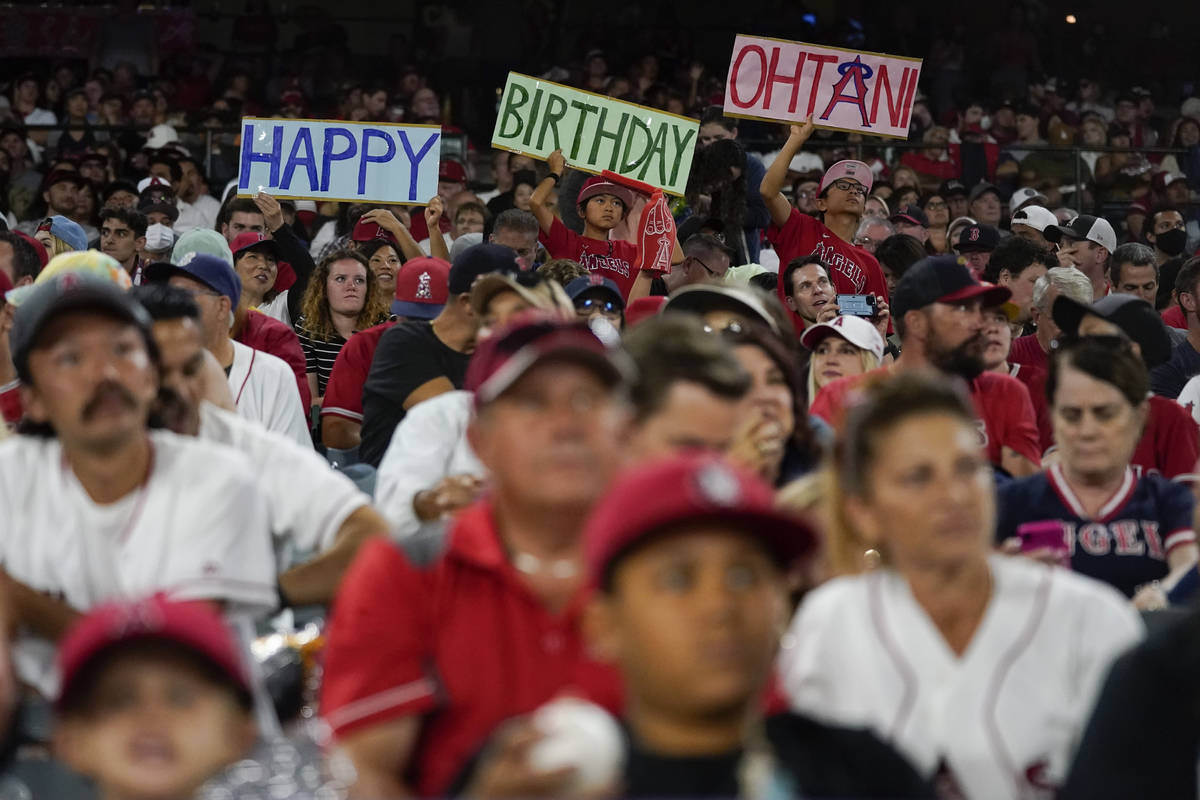 Before this season, comparing Shohei Ohtani to Babe Ruth was akin to baseball blasphemy.

But the Los Angeles Angels’ two-way sensation has made those comparisons valid this year, when he became the first pitcher to start a game while leading the majors in home runs since Ruth did it 100 years ago.

“We have to go back to Mr. Ruth to draw any comparisons,” Angels manager Joe Maddon said. “There’s not been one name mentioned, other than his, to compare Shohei to. I think that just screams what this is all about.”

Ohtani’s incredible season — in which he has crushed a 470-foot home run and fired a 101 mph fastball — could result in a seven-figure loss for Las Vegas sportsbooks, where he’s the largest liability to win the American League MVP award.

The Japanese designated hitter/pitcher is now the -300 favorite at William Hill to win the AL MVP after he opened at 60-1. He’s -275 at Station Casinos and -320 at BetMGM.

“I don’t think there’s ever been such an odds-on favorite in July to win the MVP,” MGM Resorts director of trading Jeff Stoneback said.

“We’ve never seen anything like this before. It’s just been amazing what he’s been able to do,” Westgate sportsbook manager Randy Blum said. “We’re the first to admit that we didn’t think he would ever be able to hit like this in the majors when he came over from Japan.

“We thought he eventually would transition to a full-time pitcher. We were dead wrong. He can hit.”

The quest for the AL MVP has essentially turned into a two-man race between Ohtani and Vladimir Guerrero Jr. In fact, the only wagering options on the award at Station are Ohtani, Guerrero (+210) and any other AL player (11-1).

“If Ohtani doesn’t get hurt, I don’t see how he can lose,” Blum said. “The hype is so crazy for Ohtani right now.

“It’s amazing that Guerrero could actually win the Triple Crown and he probably won’t be the MVP.”

Ohtani also is the 3-1 favorite at the Westgate to win the Home Run Derby on Monday at Coors Field in Denver. Former 51s player Pete Alonso is the 4-1 second choice, and Bishop Gorman product Joey Gallo is the +450 third pick.

Gallo is the 3-1 favorite at Station to hit the longest homer in the contest, and Ohtani is the +325 second choice.

Ohtani is the +125 favorite at the Westgate to win the regular-season home run title. Guerrero and Fernando Tatis Jr. — tied for second in the majors in homers with 28 each — are tied for the 6-1 second pick to be crowned home run king. Every other player is 16-1 or higher.

The Westgate opened Ohtani at 200-1 to win the home run title, but will actually win money on that prop if he prevails.

“We were pretty proactive with him,” Blum said. “The home run race should be pretty interesting. But unless he gets hurt, I can’t see him not winning MVP.”