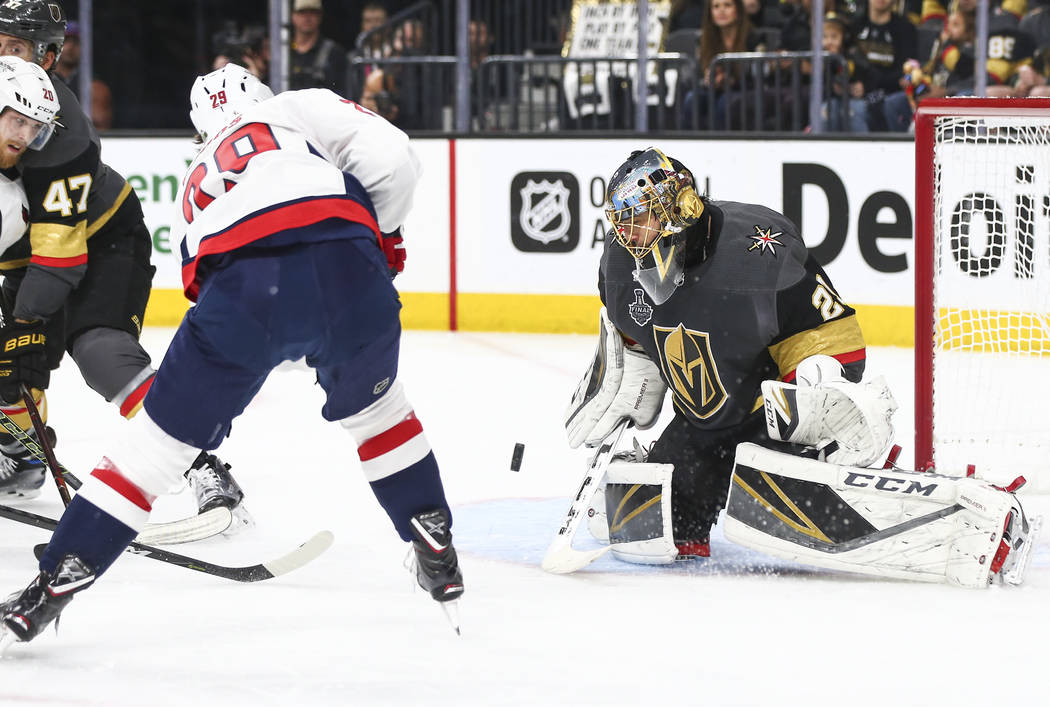 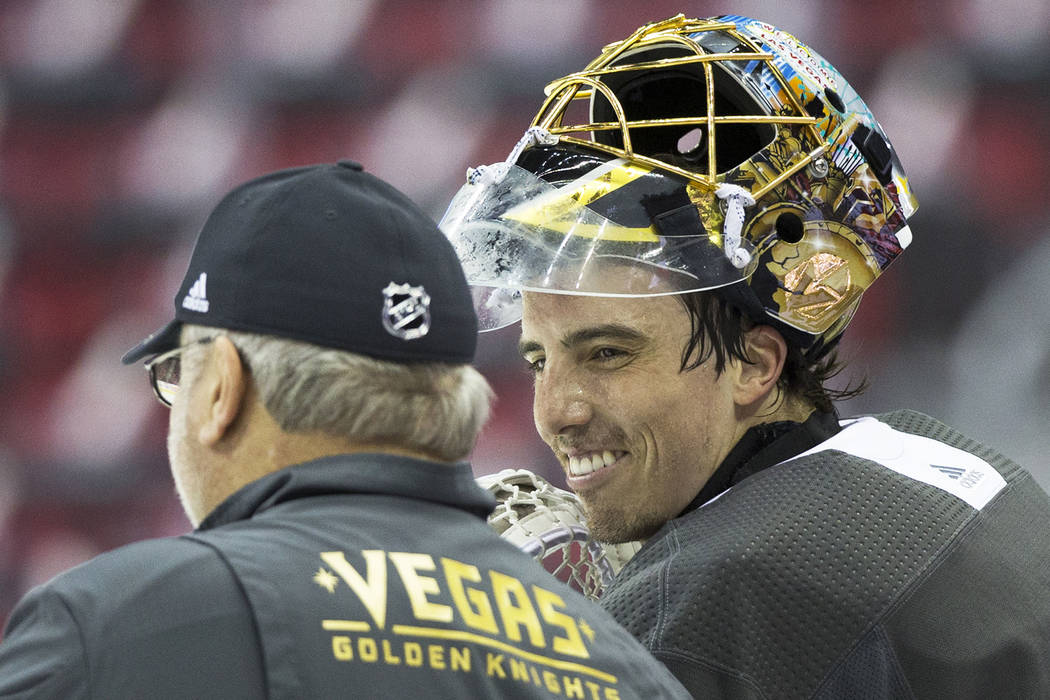 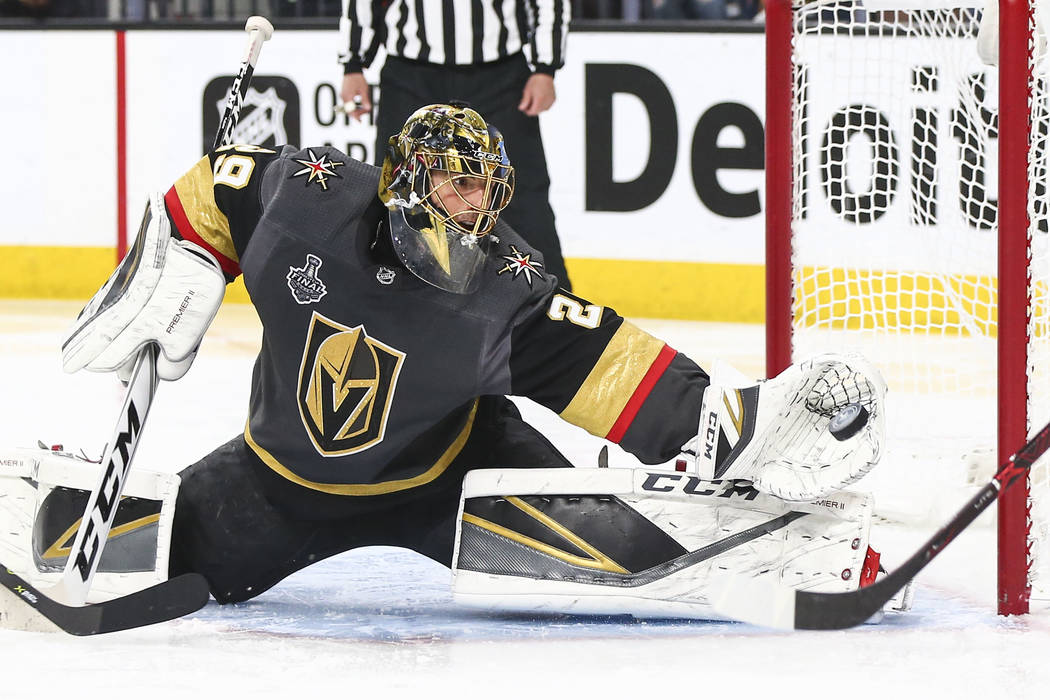 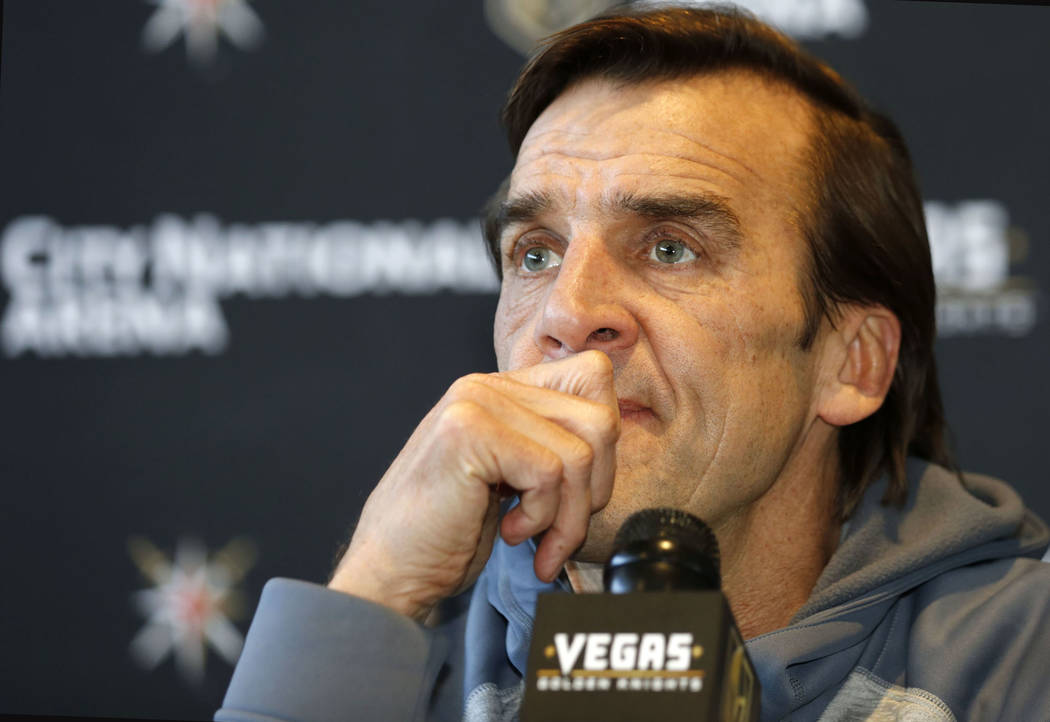 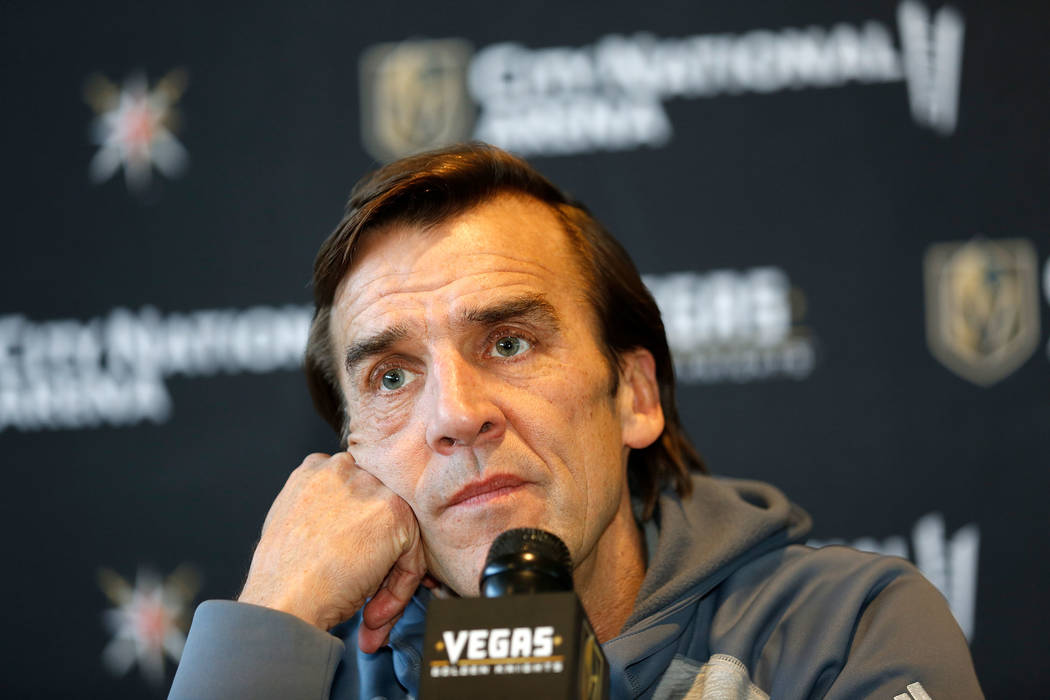 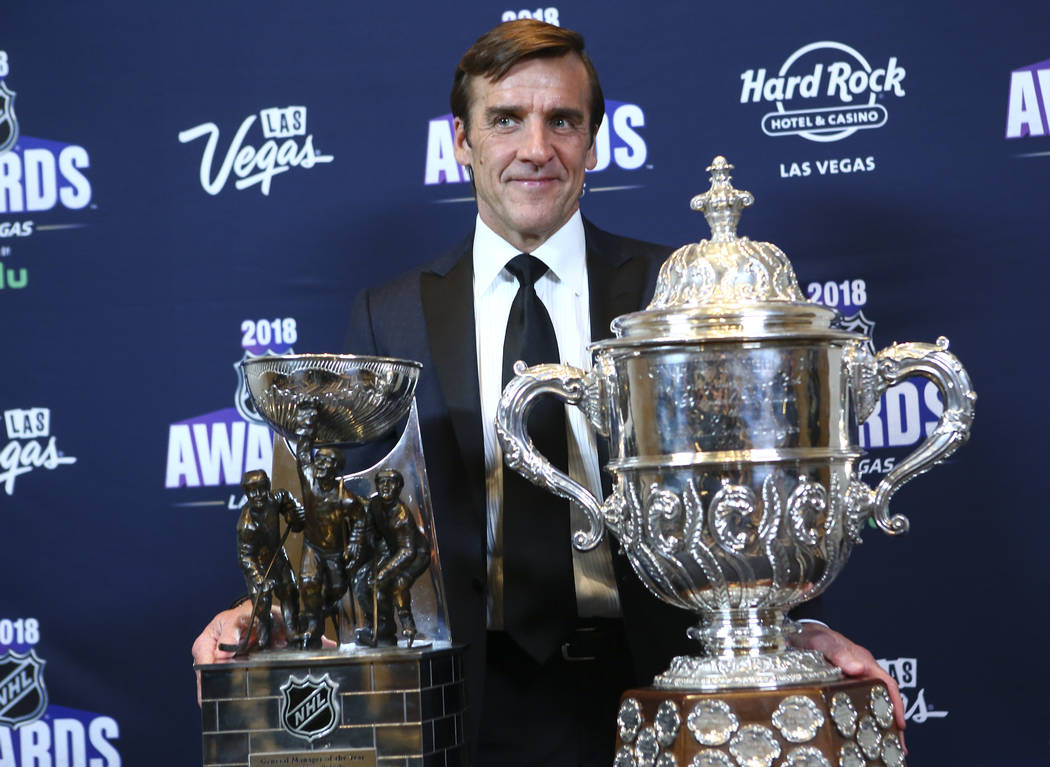 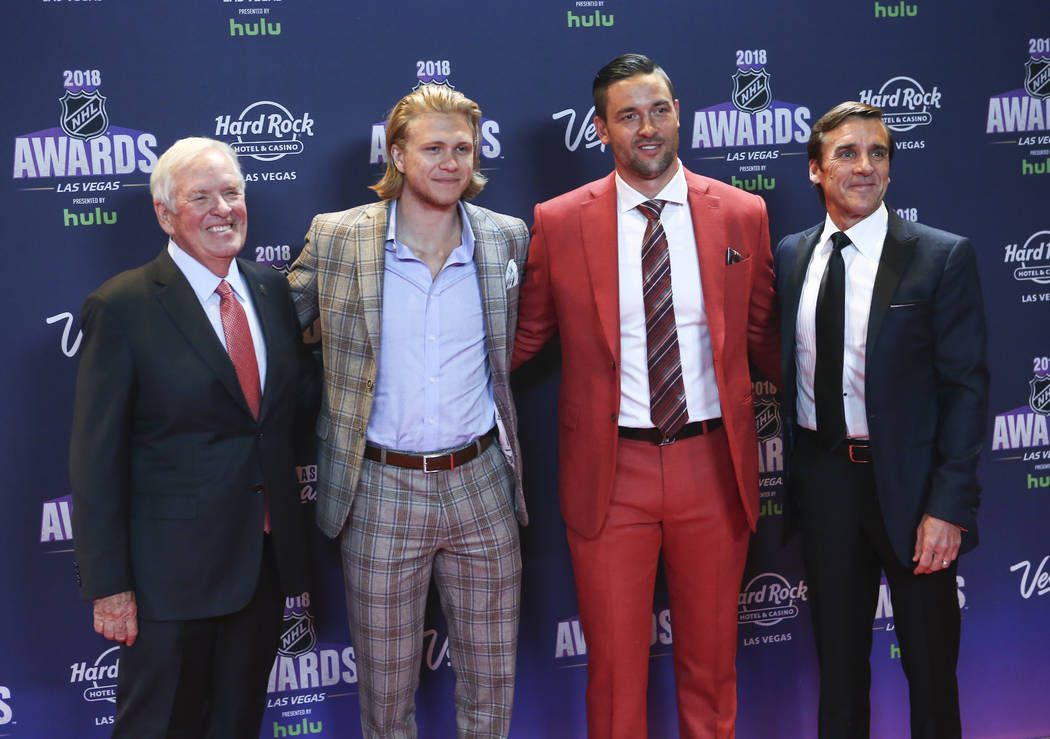 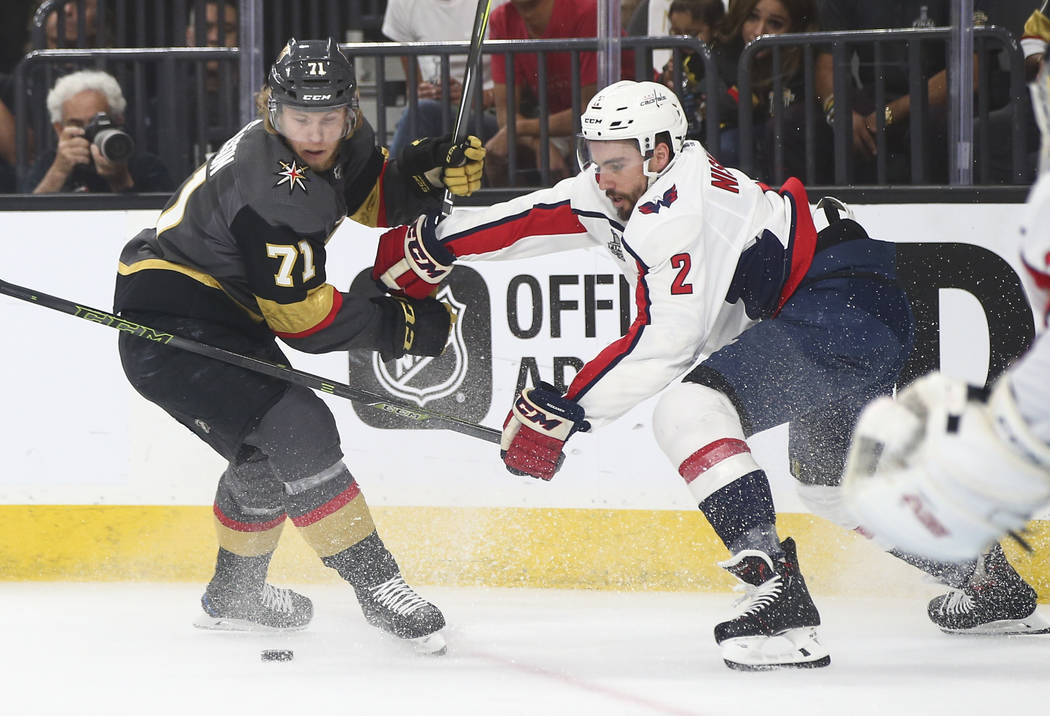 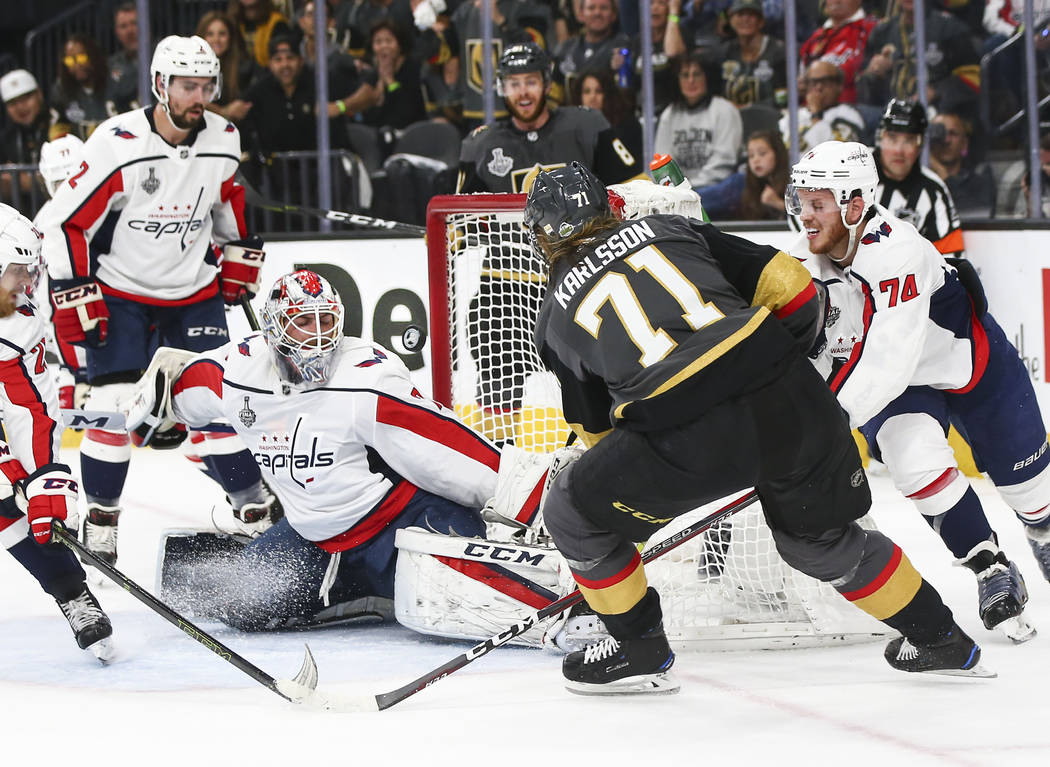 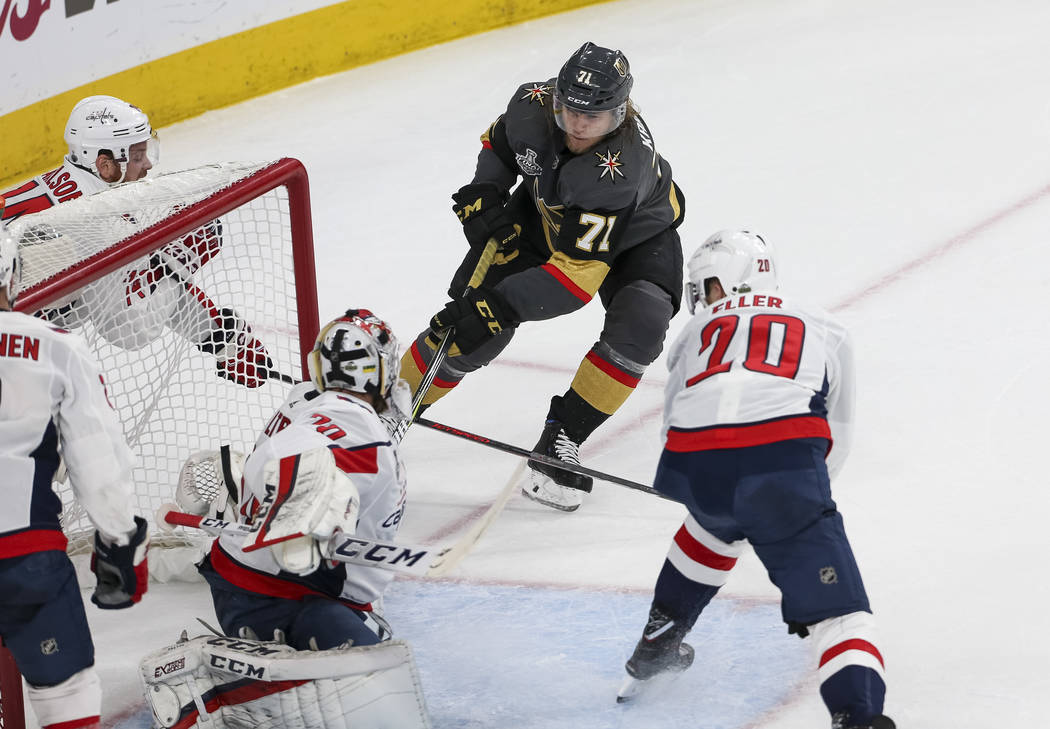 Summer school has been far more of a grind.

General manager George McPhee’s first true offseason in Las Vegas failed to yield the type of acquisition that could send shock waves through the Western Conference despite an enviable amount of cap space.

While there were rumors they would make a big push to win the heart of prized free agent John Tavares, the Knights barely made it through the first rose ceremony.

Then again, the young roster McPhee assembled was already good enough to hang a conference championship banner inside T-Mobile Arena, so perhaps not much needed to be done.

“We have them at the same odds now (10-1 to win the 2019 Stanley Cup) as we did when we first put the futures up during the playoffs,” Westgate sports book manager Jeff Sherman said. “We didn’t make any changes, because we think it’s been pretty static.”

Only the Tampa Bay Lightning (7-1) and Toronto Maple Leafs (8-1), who signed Tavares, have shorter odds. Evan Sporer of Sporting News has the Knights No. 8 in his updated power ratings.

The losses of forwards James Neal and David Perron and defenseman Luca Sbisa sting, particularly from an emotional standpoint. Adding productive center Paul Stastny, 32, eases some of that pain.

Otherwise, the classroom seating chart will look largely the same when sophomore year officially begins in October, even if some of the students might be dressed a little nicer thanks to the extra cash they picked up.

Physical forward Ryan Reaves got a somewhat unexpected new deal to stay with the Knights, as did restricted free agents Tomas Nosek and Colin Miller. William Karlsson and Shea Theodore are in line for potentially significant raises in the coming days, with Karlsson scheduled for an arbitration hearing Saturday if a new deal isn’t reached.

Then there was the three-year, $21 million contract extension given to 33-year-old Marc-Andre Fleury that will make him one of the highest-paid goaltenders deep into his 30s.

“That Fleury extension has potential to look terrible,” wrote CBS’s Pete Blackburn in giving the Knights a C+ for their offseason. “He’ll be 35 years old when it kicks in, and he projects to be the third-highest-paid goalie in the league at that point. That’s putting a lot of faith in an aging goalie with a career save percentage of .913.”

Matt Porter of the Boston Globe was baffled by the money given to Reaves, as he listed the Knights in the middle of the pack among teams that were “reading the green” as opposed to nailing a birdie putt or trying to get out of the bunker.

“(They paid) $2.775 million for a player who contributes little else but body checks,” Porter wrote.

ESPN personality Linda Cohn, who wasn’t shy about expressing her affinity for the Knights last season, called the terms of the Fleury deal “dicey” before pointing out if there’s any player worth gambling on, it’s him.

“I was even more surprised by the Paul Stastny deal,” she said. “The guy’s not a youngster. He better come in ready to go. He’s a quality player with a lot to give, but he’s holding an important role. The Vegas Golden Knights expect huge things out of him even at his age, so he’s one of the guys I’m watching. He’s in my top 10 of players to watch in new places because I want to see how he adapts to this team.”

Of course, the offseason grades still are incomplete. The Knights have a chance to earn a massive amount of extra credit if they win the Erik Karlsson sweepstakes. Of course, to land the star defenseman from the Ottawa Senators, they’ll have to give up a lot.

Sherman said that’s the kind of acquisition that could lower the odds on the Knights to win the Stanley Cup title.

“You’ve got to get Erik Karlsson,” she said. “Make the splash there. I like Erik Karlsson as a Vegas Golden Knight with the speed and that hair flowing, he’s young, great on the power play. He does it all. He’s right there with (the Los Angeles Kings’) Drew Doughty as the best in the league.”

That could totally throw off the curve.