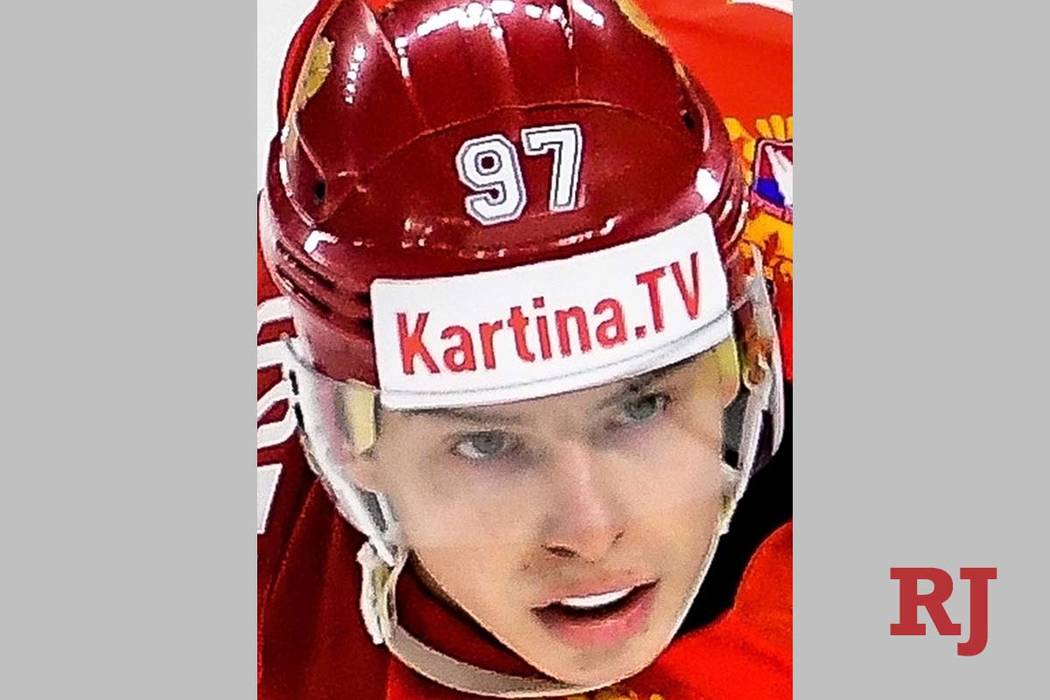 The Golden Knights jumped through an assortment of hoops to help Nikita Gusev secure his early release from the Kontinental Hockey League this spring.

Was all that work for naught?

Incoming president of hockey operations George McPhee further stoked the speculation surrounding the Russian import Monday, flatly stating the team will explore trading his rights if they can’t agree to a deal with the restricted free agent.

“We think he’s a really good player. We’d like to work something out here,” McPhee said. “If that doesn’t work out, we’ll look at options. But there’s definitely interest in him. We’ve had people call us on him, and we’ll see what develops. I can’t tell you today what will develop, but we’ll work on it.

“He’s been very, very good on the international stage. He wants to play in the NHL. He worked hard to get over here, and we’re going to accommodate him one way or another, either here or with another club.”

The Knights were quiet on the first day of NHL free agency with the exception of re-signing forwards Tomas Nosek and Brandon Pirri, moves that left approximately $3.325 million under the salary cap.

Gusev, who turns 27 on July 8, signed a one-year, entry-level contract with the Knights on April 14 and did not appear in the playoffs.

That contract expired after the season, and Monday was the first day the restricted free agent was eligible to sign a long-term deal.

Gusev posted 82 points in 62 games for SKA St. Petersburg, the second-highest point total in KHL history, and helped Russia to the bronze medal at the IIHF World Championships.

Most preseason lineup projections had him penciled in as the Knights’ third-line left wing alongside center Cody Eakin and Alex Tuch, though that appears premature.

Left wing Brandon Pirri signed a two-year deal Monday to remain with the club, and McPhee mentioned there was one job open for a bottom-six forward.

But McPhee also indicated he was done making moves for the sake of cap compliance. Gusev’s annual average salary likely will exceed the $3 million or so the Knights have in cap space, which suggests something would have to be done to fit him under the cap.

If McPhee was speaking literally, which he often does, trading Gusev would not fall under the category of a cap-influenced deal.

McPhee said previously there was no urgency to finalize a contract with Gusev, who is arbitration eligible but cannot receive an offer sheet from another team, according to the NHL’s free-agent list.

Should McPhee decide to squeeze Gusev under the cap, one solution could be to trade defenseman Nick Holden ($2.2 million cap hit) and keep a second rookie defenseman.

“(Signing Gusev) would add another player, and where they go from there is up to the coaching staff. But it’d be a heck of a lineup,” McPhee said. “Again, we really like where we are. We believe we have a real good team. If you’re only looking to fill a hole or two a year and you can do that with your kids that’s always the best way to do it.”