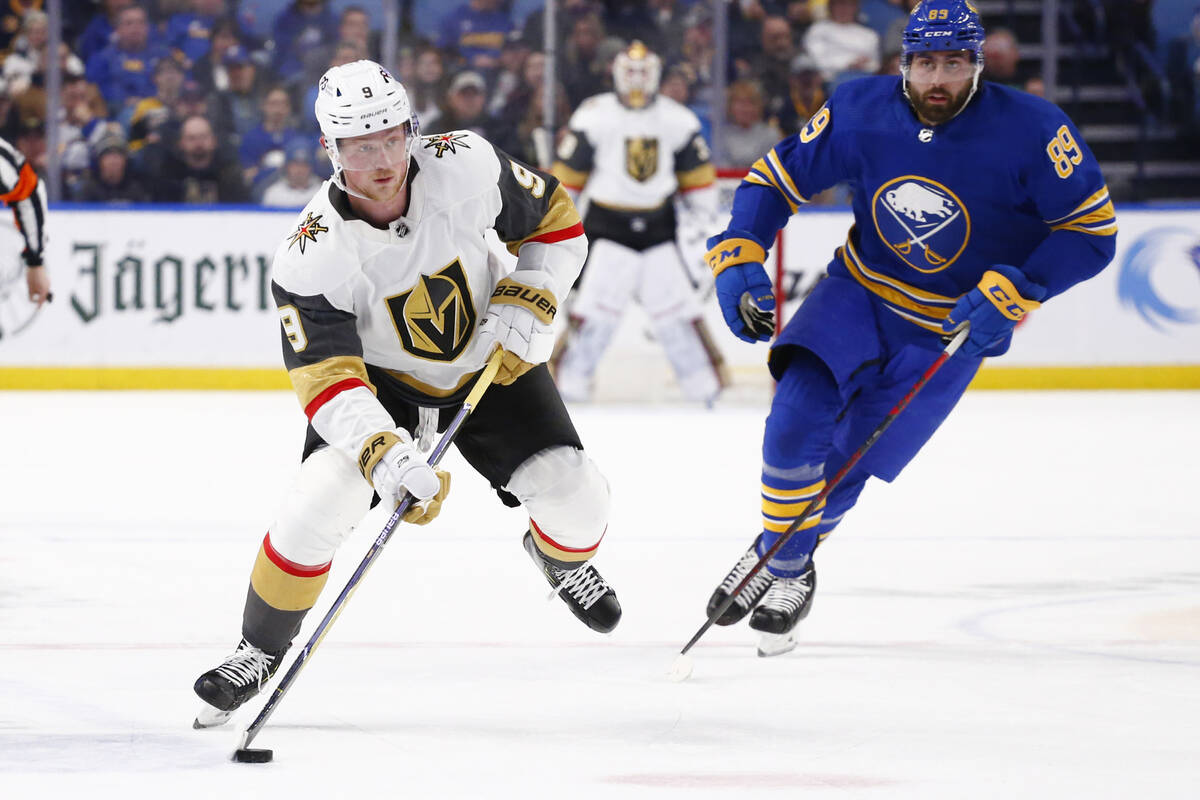 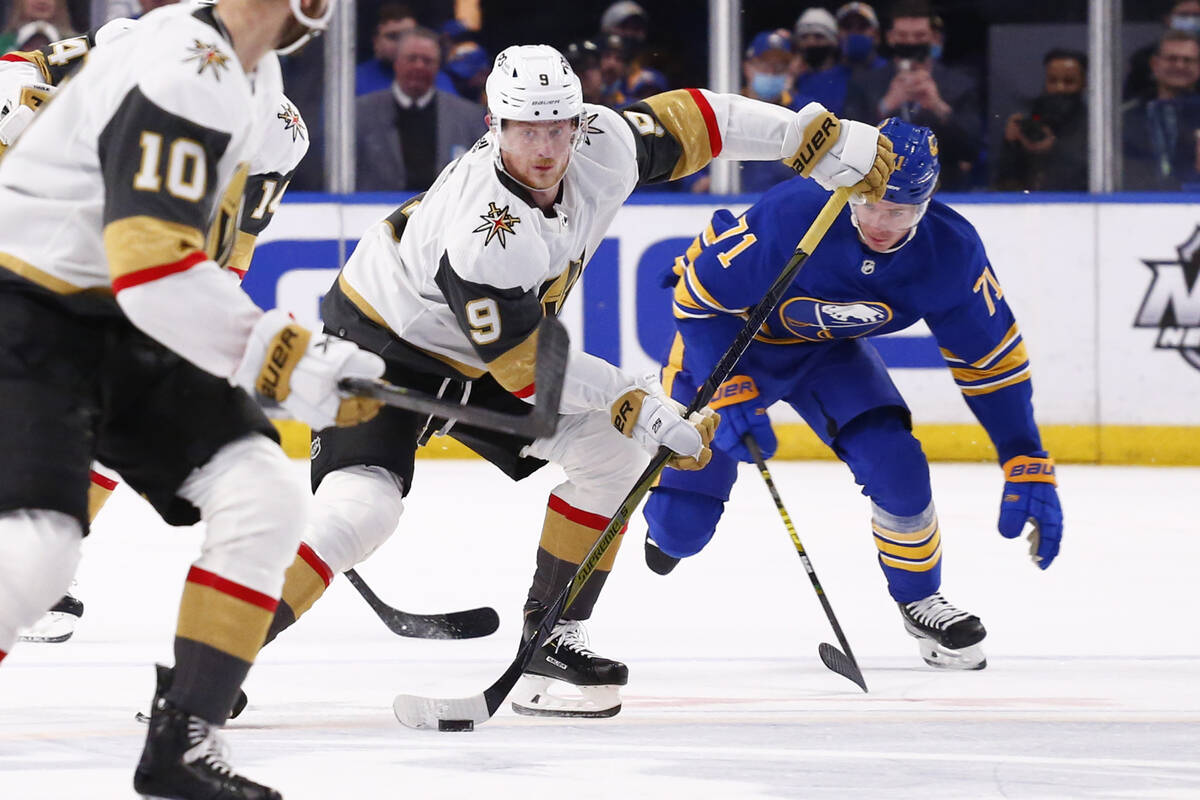 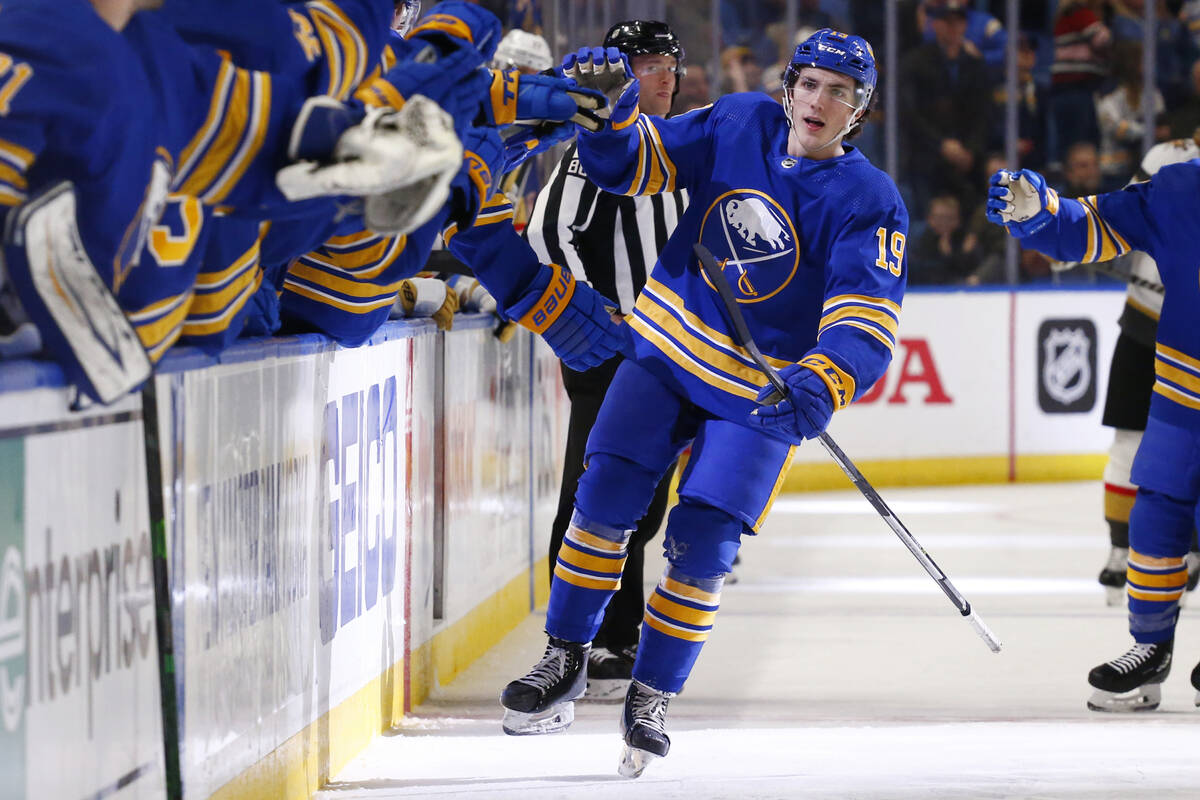 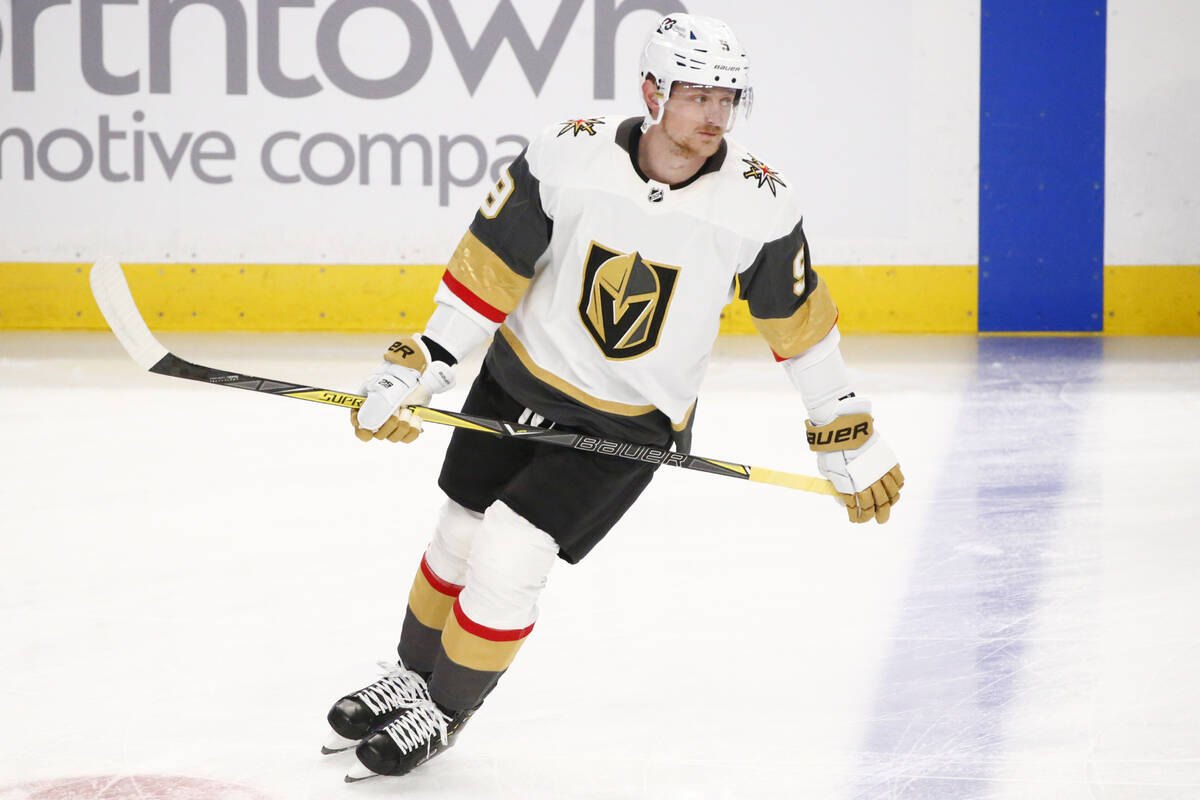 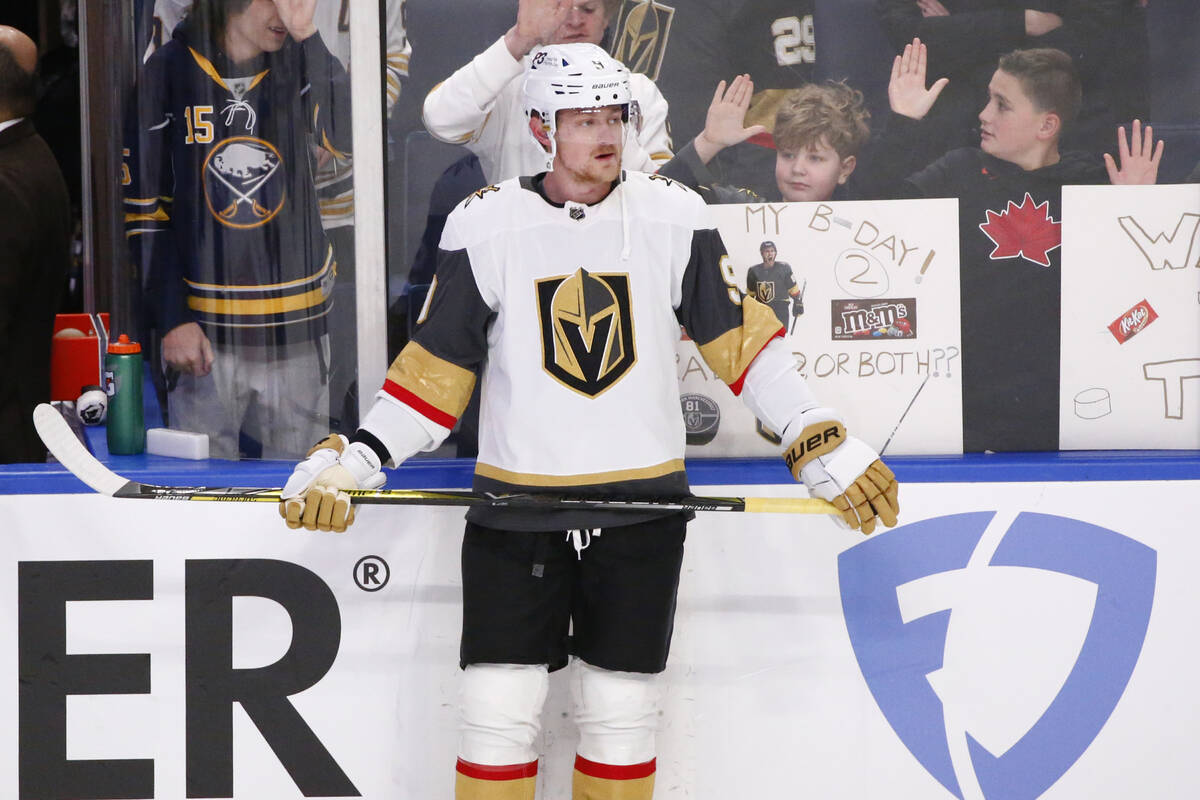 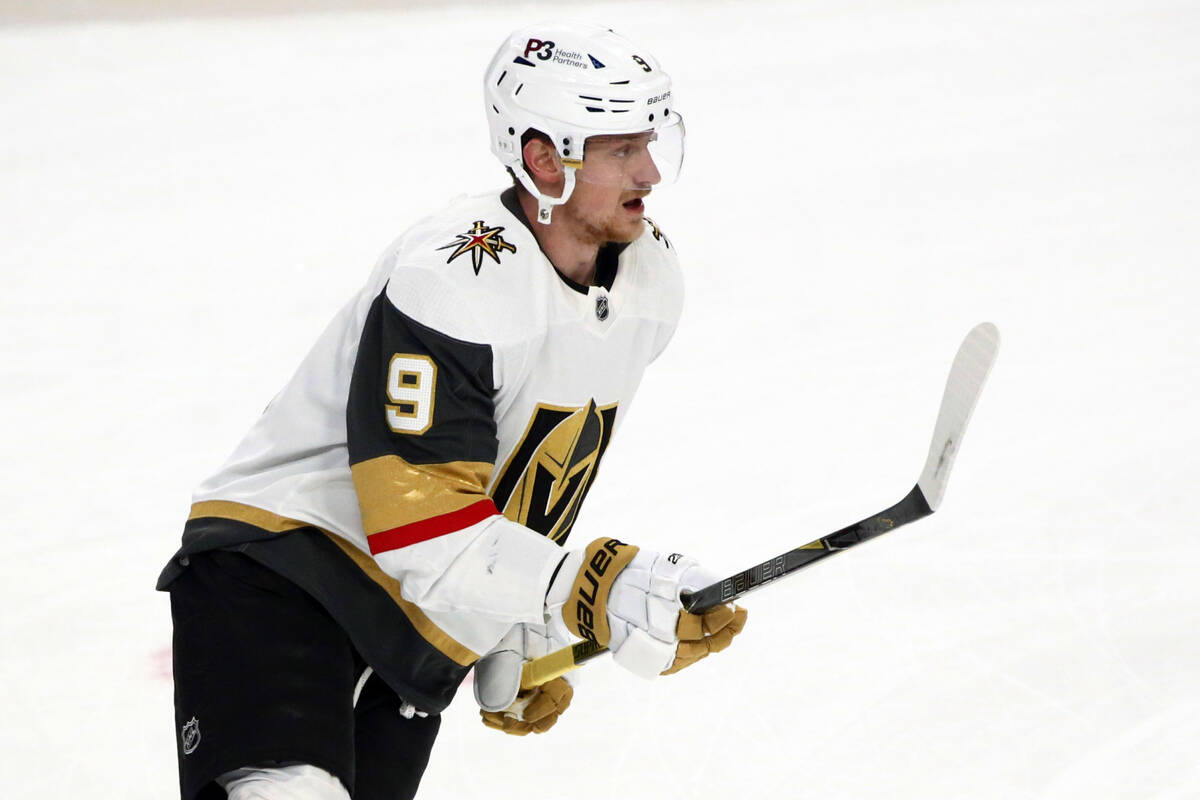 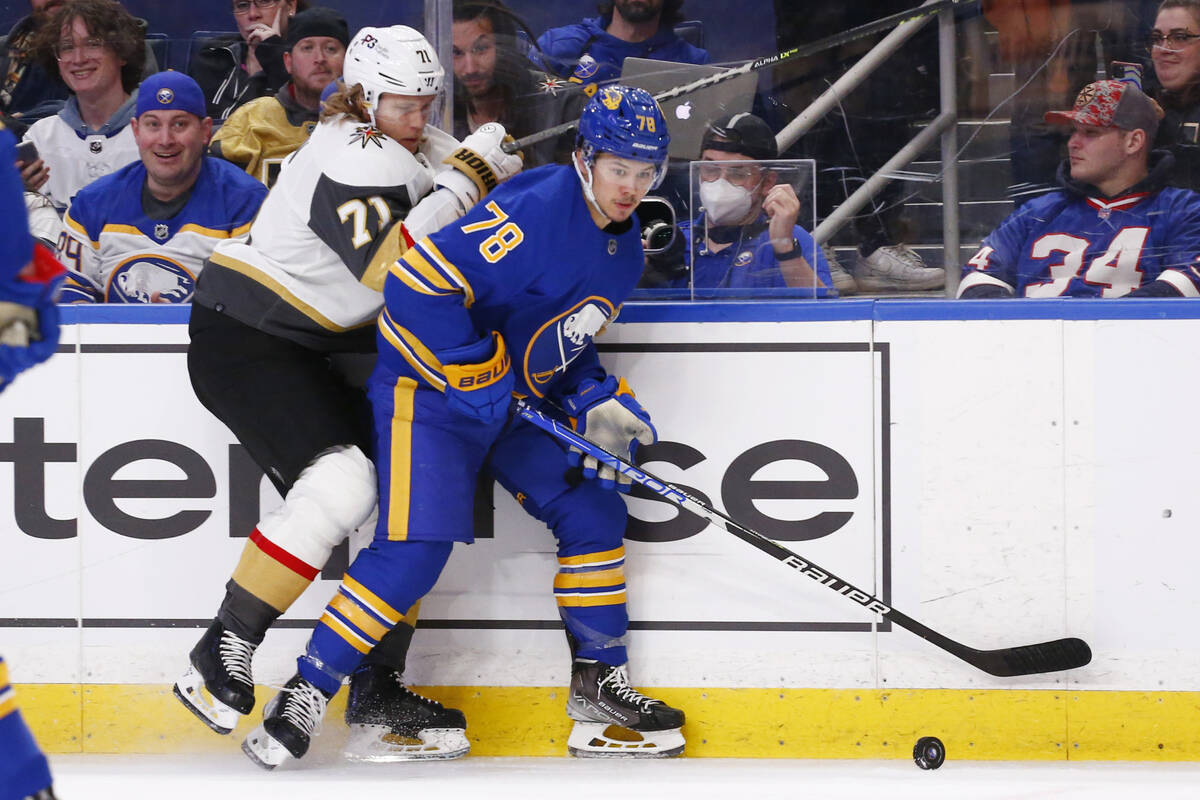 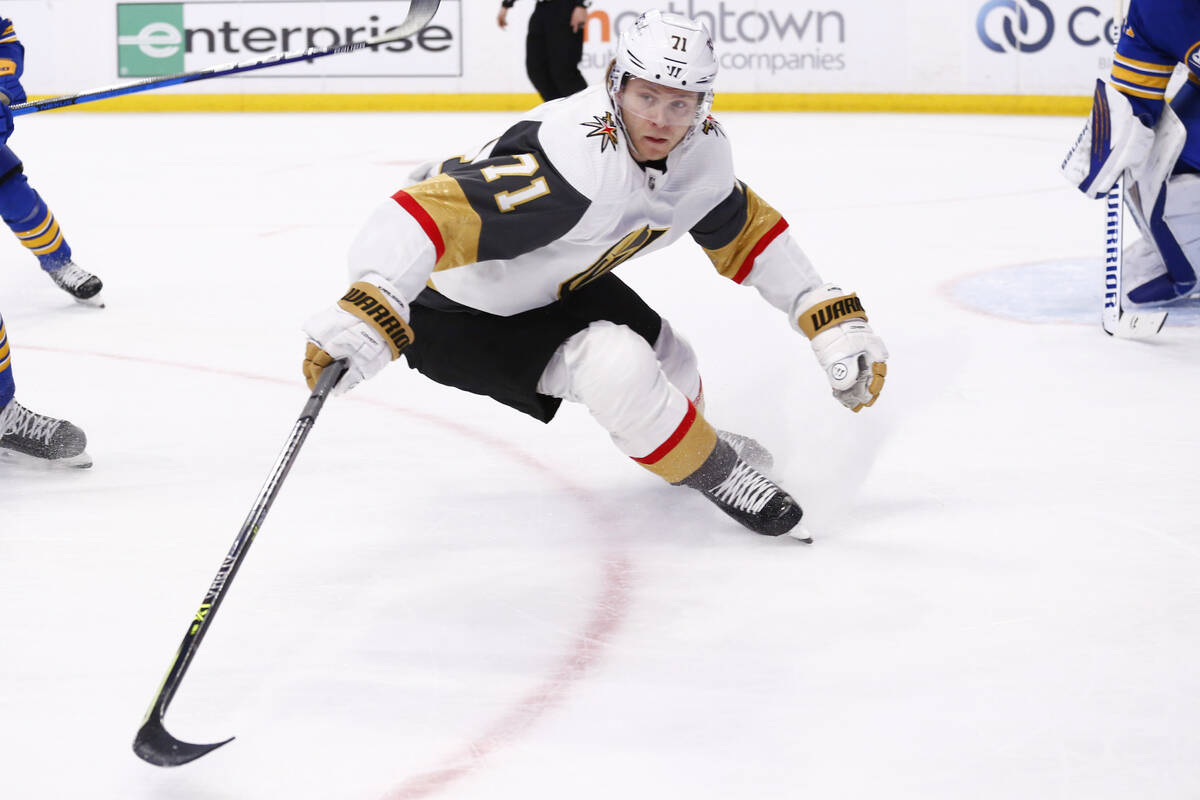 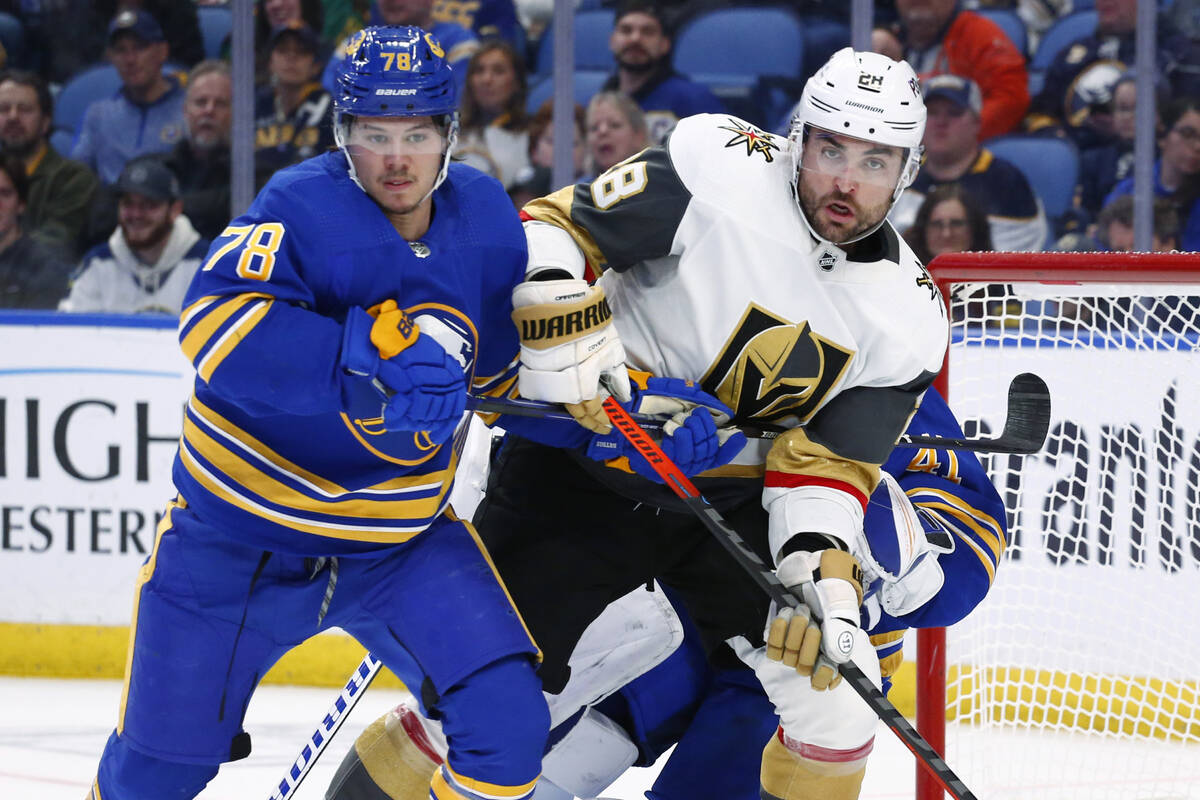 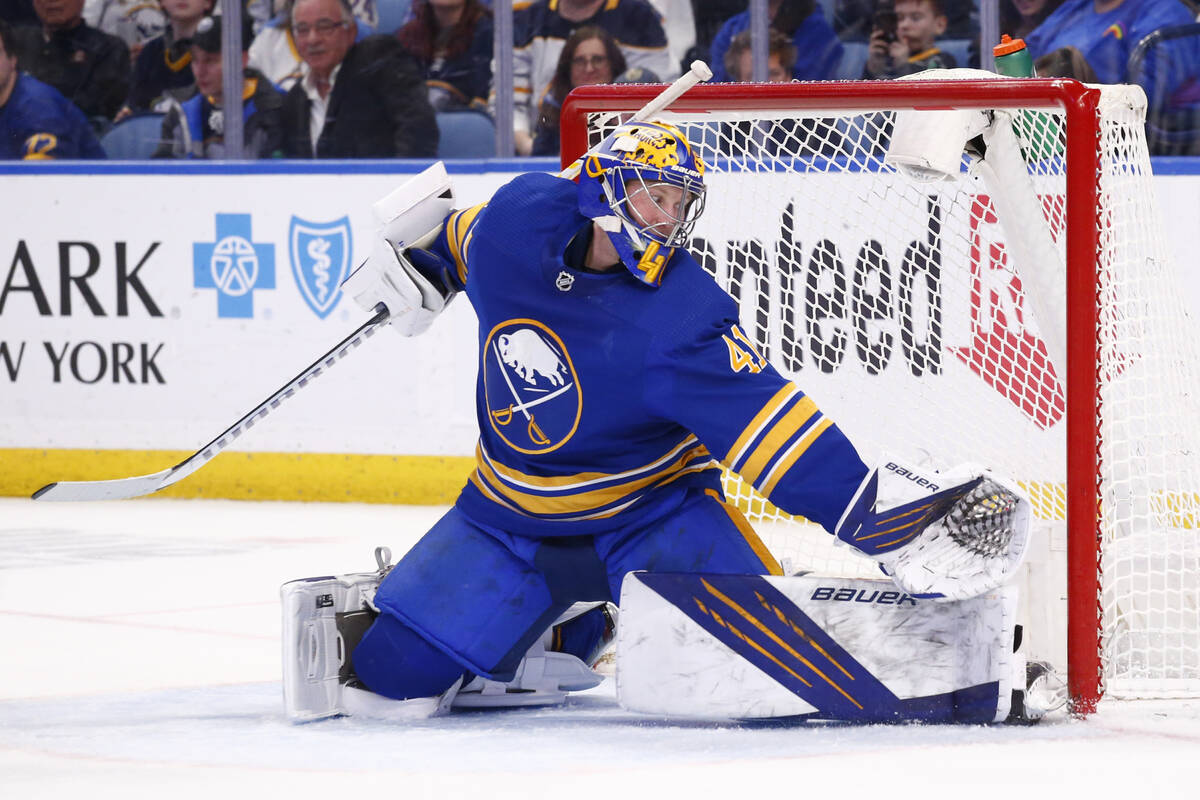 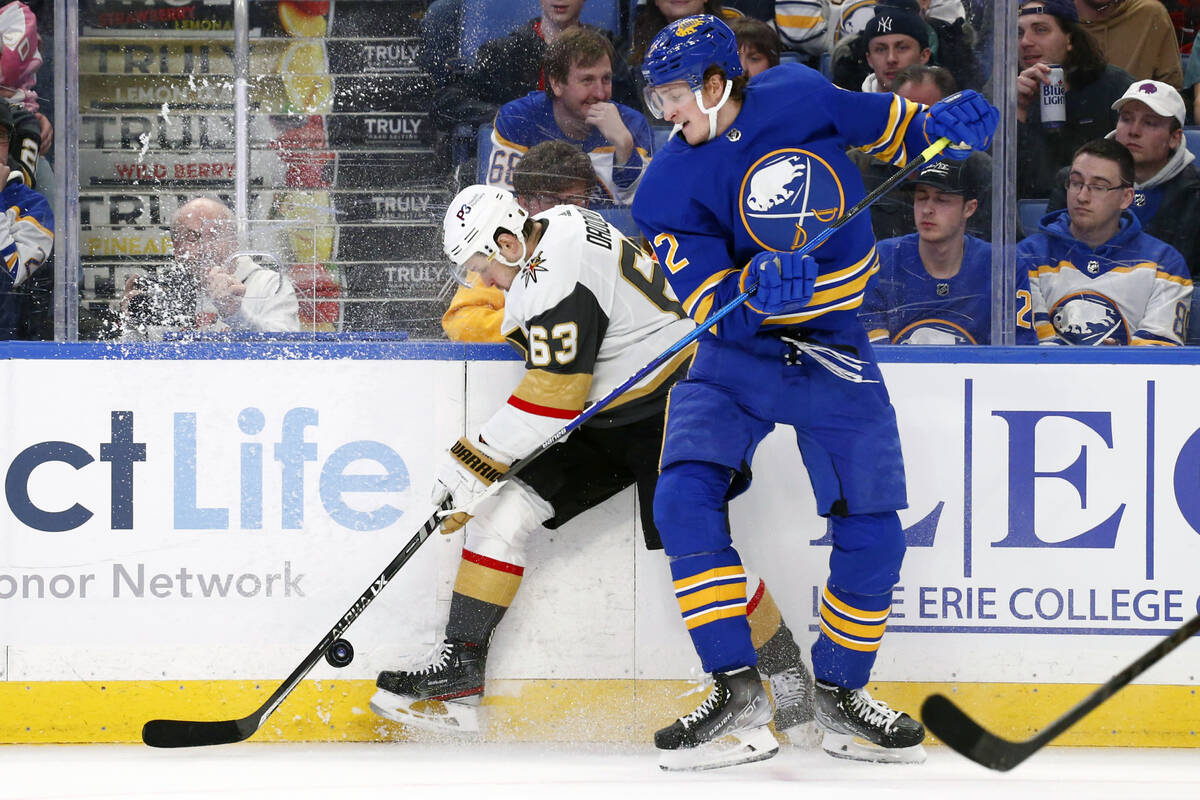 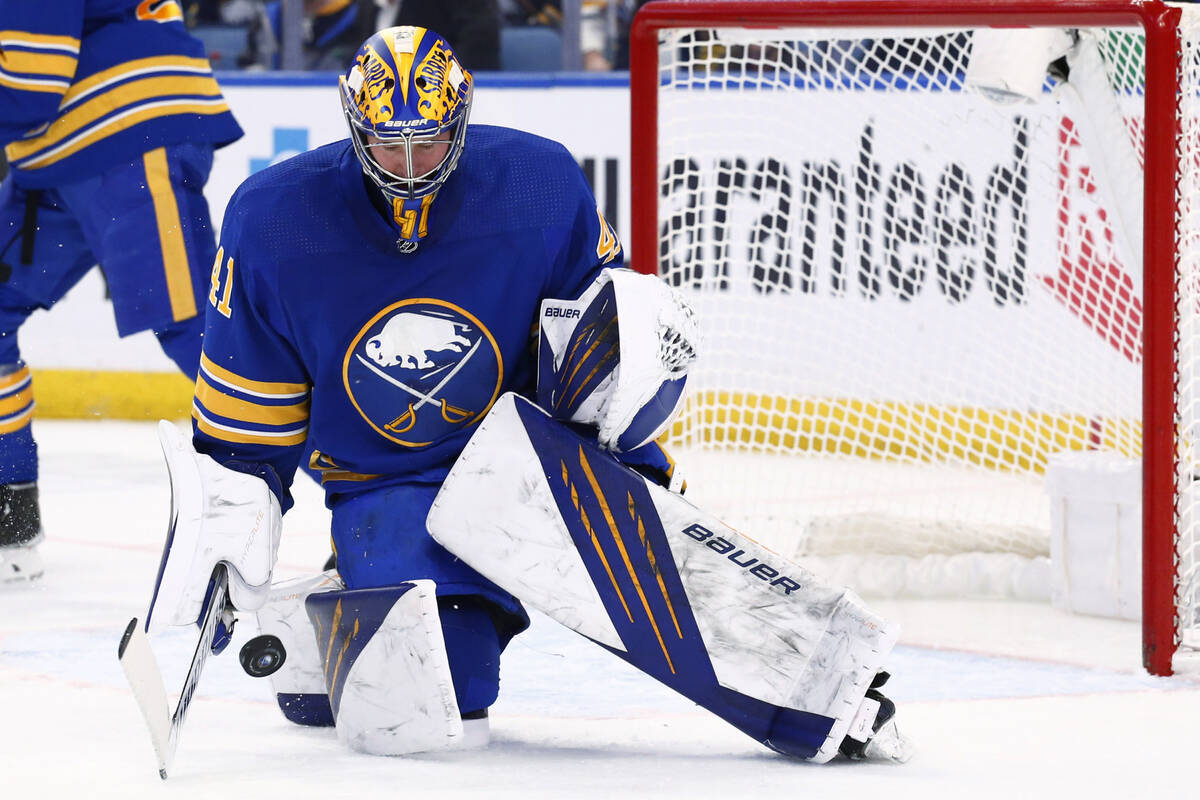 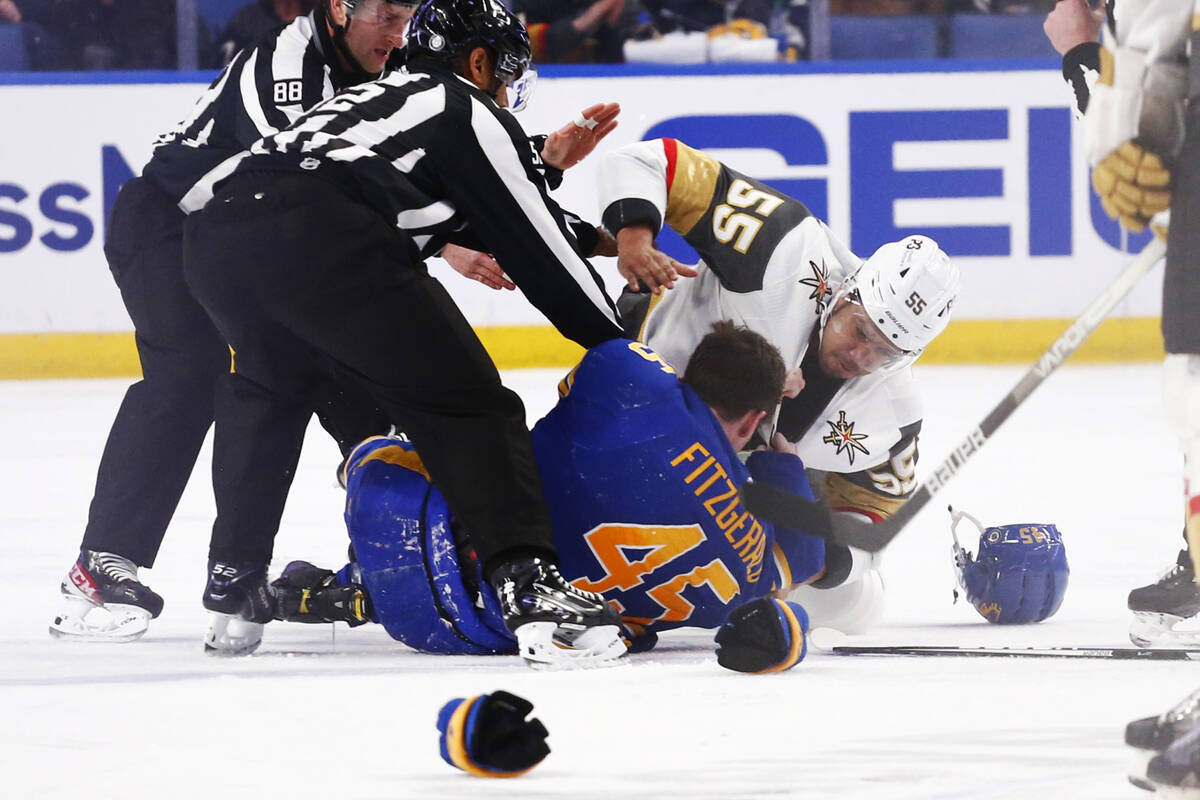 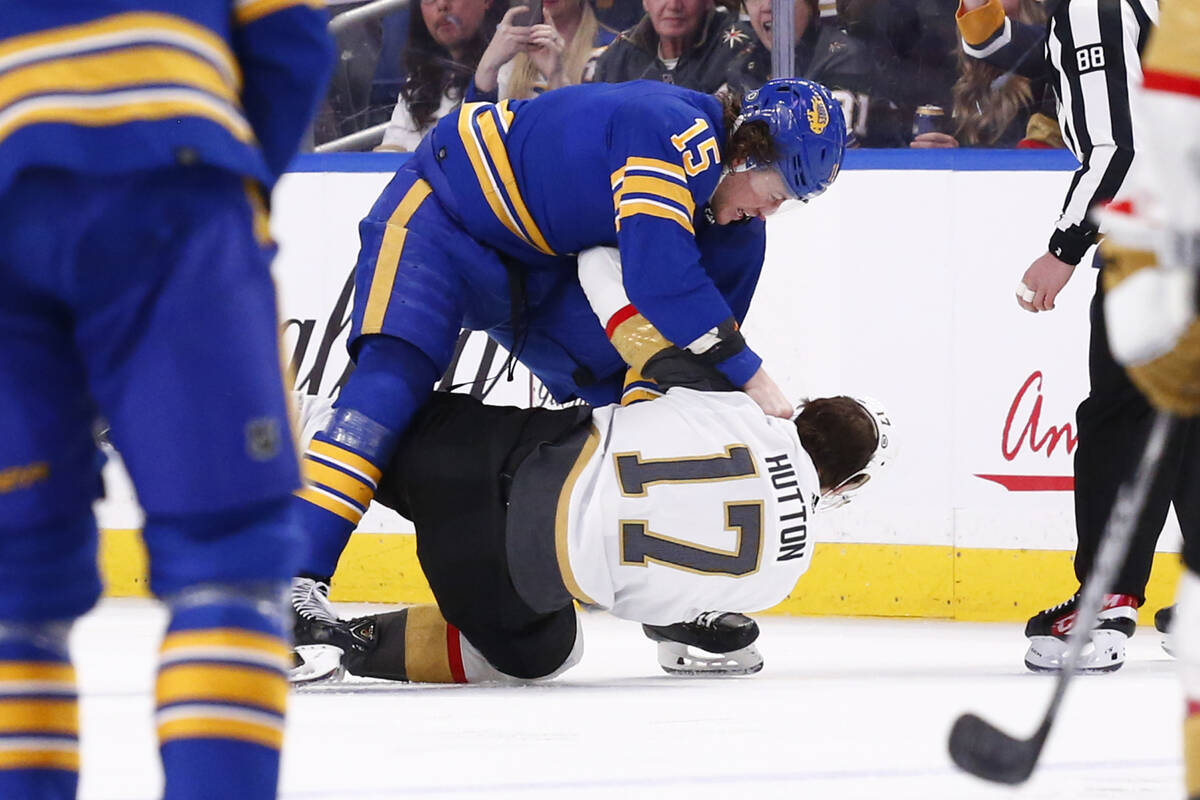 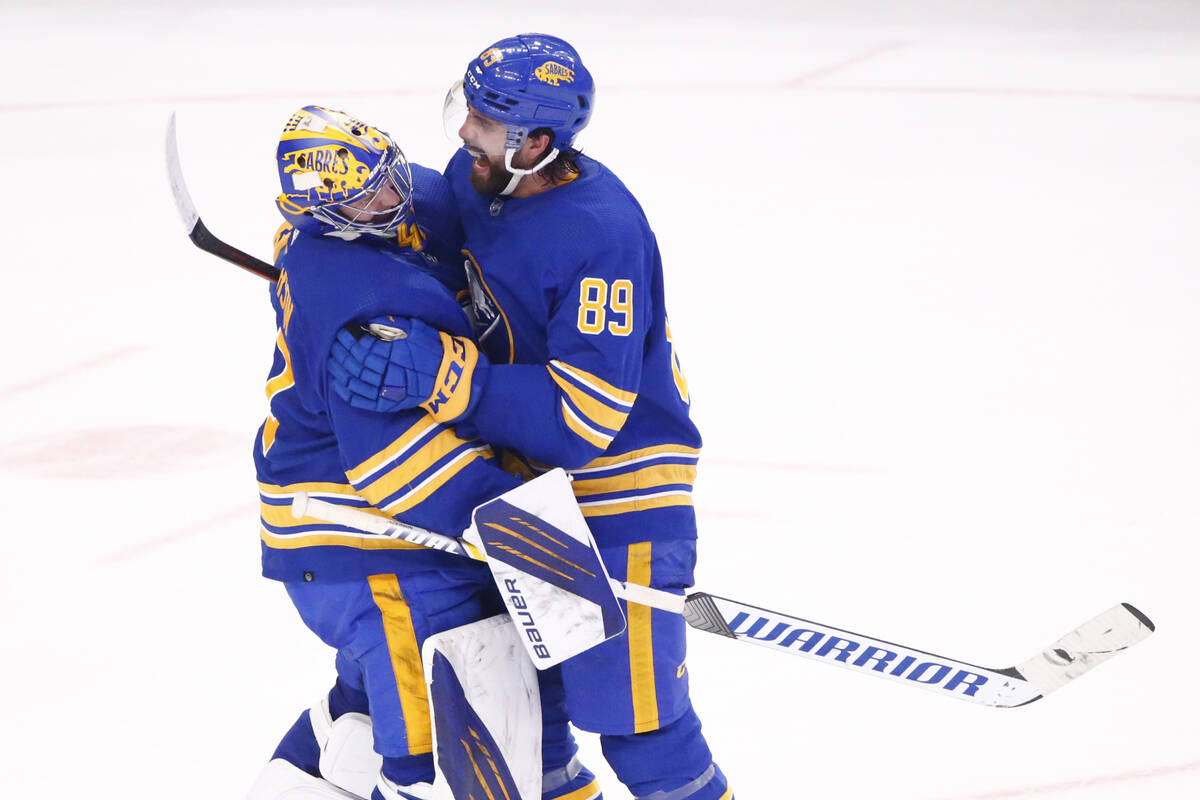 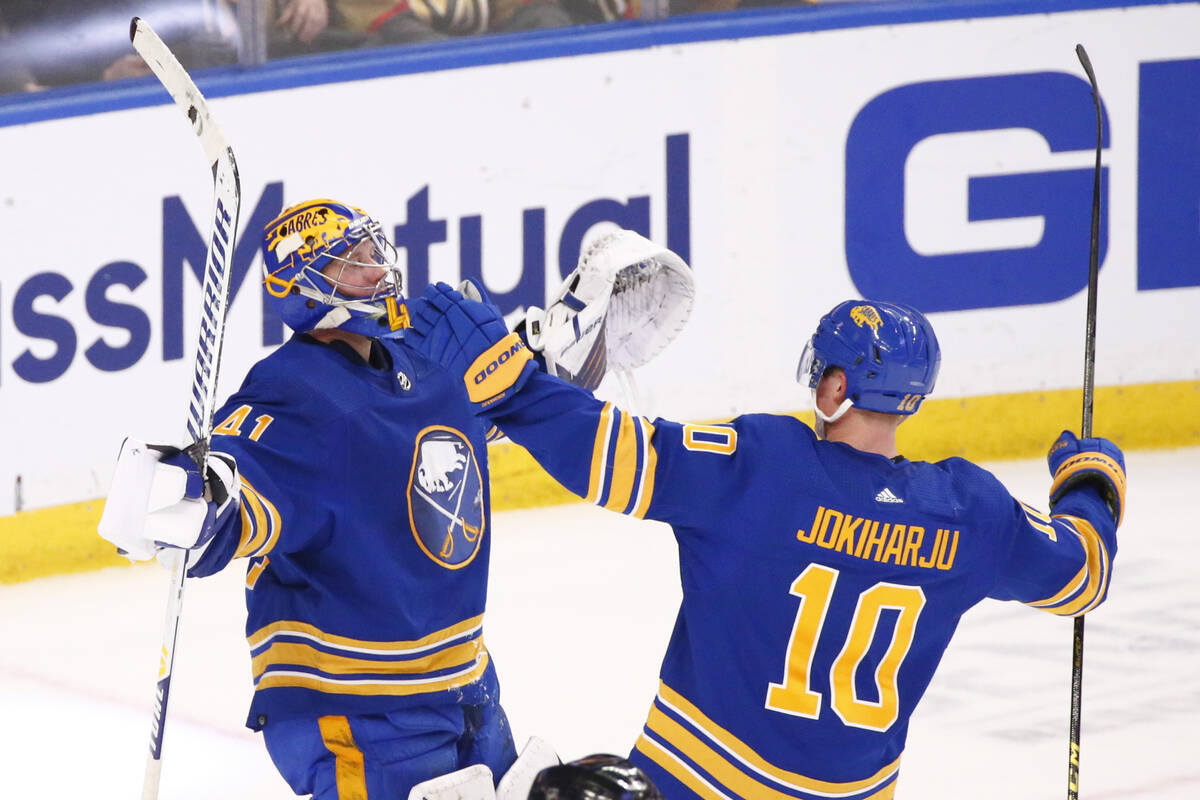 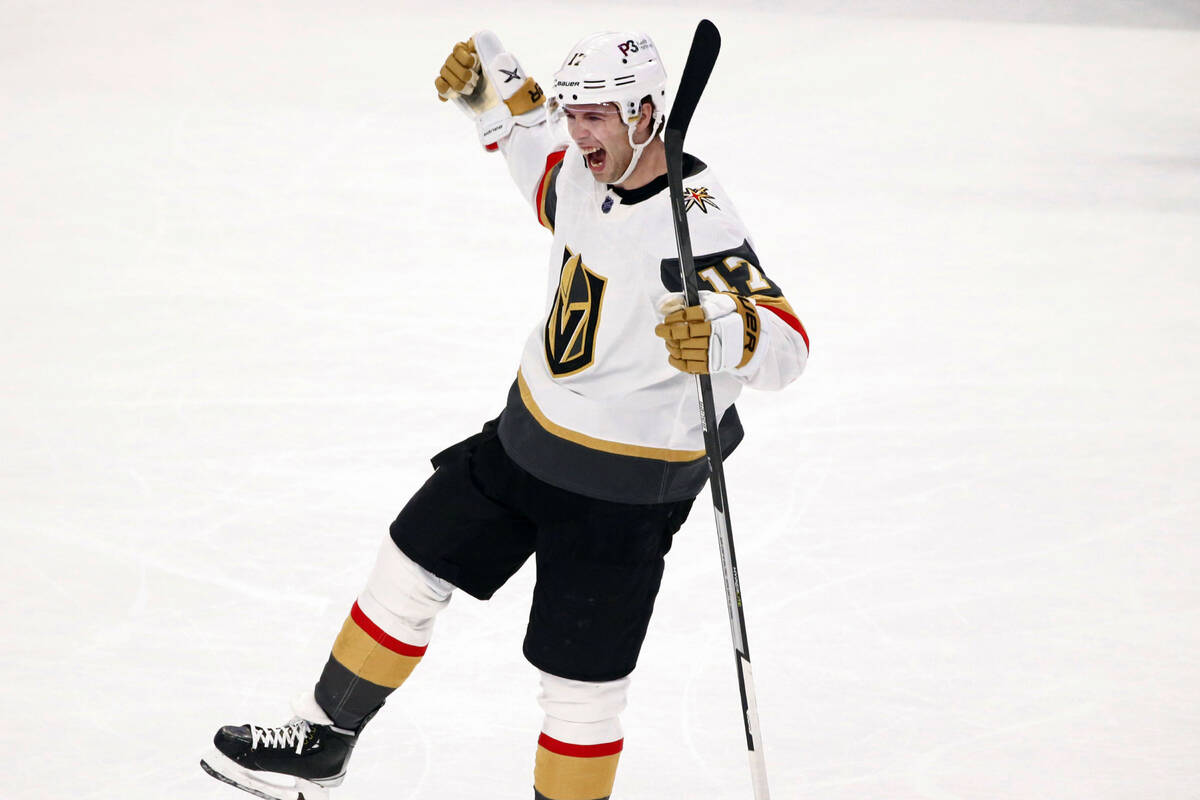 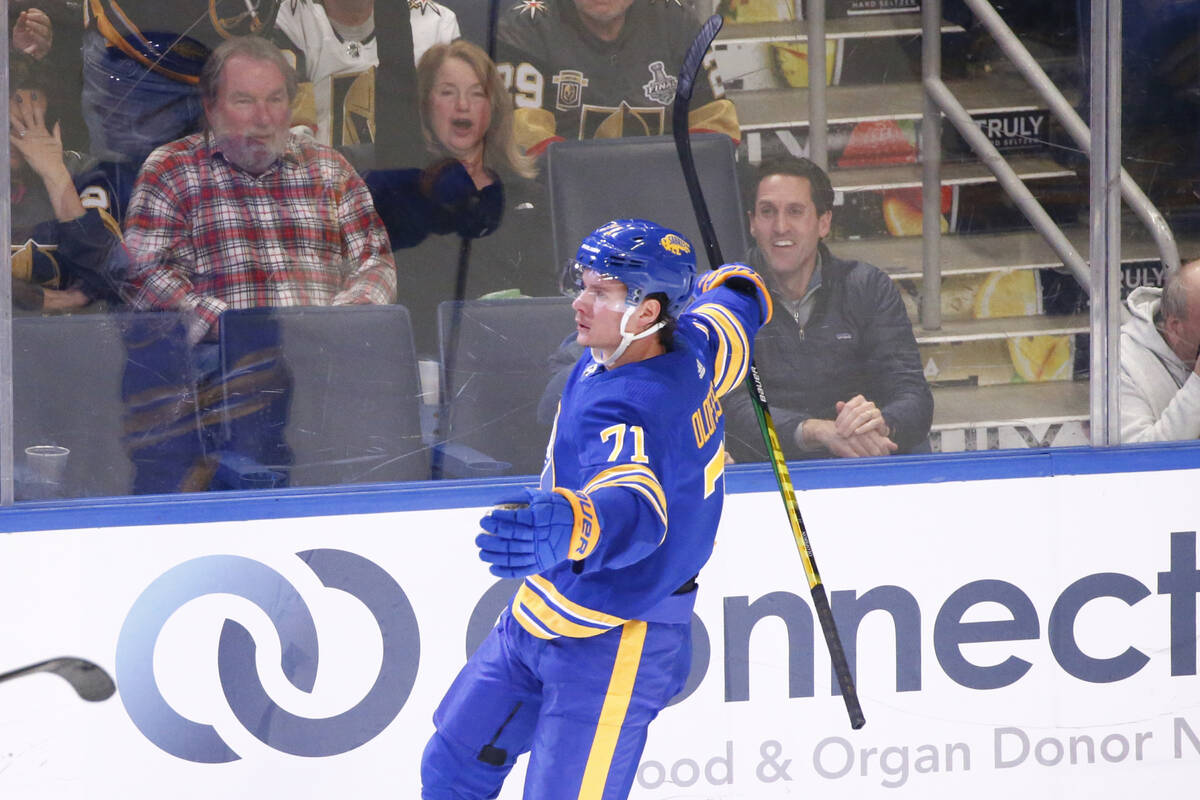 It got louder when he was announced in the starting lineup for the Golden Knights on Thursday and cranked up another notch once the puck dropped for the opening faceoff.

After that, the season-high crowd of 12,437 booed Eichel relentlessly every time he touched the puck. Eventually, he didn’t even need to have the puck to be targeted.

“Yeah, that’s about the loudest I’ve heard this place, ever. Really,” said Eichel, getting in a dig at the fans. “It only took seven years and me leaving for them to get into the game.”

Eichel and the slumping Knights endured a tough night at the office, falling 3-1 to a highly motivated Buffalo Sabres squad.

Victor Olofsson scored a power-play goal with 3:44 remaining to put Buffalo ahead after Knights defenseman Ben Hutton floated a shot from the right point that went in off the crossbar to tie the score 1-1 with 7:59 left.

“The first 20 they owned the emotion and the energy. Not surprising,” coach Pete DeBoer said. “I think you had a crowd and a team and a city that was emotionally invested in this game. We obviously had Jack, but it took us 20 minutes to get up to speed.”

Eichel spent six seasons in Buffalo after being drafted second overall in 2015, but departed in less-than-ideal circumstances. He requested a trade after the 2019-20 season and sustained a herniated disk in his neck last season that led to a prolonged dispute with the Sabres front office over his treatment.

Eventually, Eichel was traded to the Knights in November for Tuch, prospect Peyton Krebs and two draft picks. After undergoing artificial disk replacement surgery, Eichel made his debut last month.

But Sabres fans were not in a forgiving mood, and they took out their frustration in Eichel’s return. The only time they cheered was when he was kicked out of the faceoff circle, and he received a mixed reaction during his video tribute in the first period.

”It’s not an easy game to play by any means,” Eichel said. “I’m not going to stand here and act like it was. It’s frustrating. We wanted to get a win here, and we didn’t.

Krebs scored in the first period for the Sabres, and goaltender Craig Anderson made 30 saves to earn his 300th career victory.

When Eichel scored in the final seconds against Ottawa on Sunday, it papered over the Knights’ problems scoring.

Despite playing three straight games against teams that aren’t in sniffing distance of the playoffs, they have produced four goals in the past three games against Ottawa, Philadelphia and Buffalo.

The Sabres held the Knights without a shot on goal for the first 9:18 of the opening period, and they were unable to convert on a handful of chances in the final two periods. Evgenii Dadonov had a point-blank look with a minute left that could have tied the score but was turned away by Anderson.

Since the All-Star break, the Knights are averaging 2.15 goals per game, which ranks 31st in the NHL. They have two goals on 79 shots in the first two games of this five-game road trip.

“We’ve just got to get to the dirty areas, maybe get a couple greasy ones, and then we’ll start rolling,” Hutton said. “We know what we’re capable of, and we can put the puck in the back of the net as we’ve shown before. Right now I guess a little bit snakebit.”

Jonathan Marchessault took a slashing penalty with about five minutes to play, and it came back to hurt the Knights.

Olofsson cashed in on the ensuing power play when he beat goalie Laurent Brossoit from the left circle.

“I thought it could have been a penalty. He drove him into the boards from behind,” DeBoer said. “If it is a penalty, he can’t take a retaliatory penalty at that point. It probably should have been two and two. At the same time, we’ve got to get a kill there.

“Either our penalty kill has got to step up or our goalie’s got to make a big save. We’ve got to find a way to get through that.”

The Knights were without winger Reilly Smith (undisclosed) and had to juggle their forward lines as a result.

Marchessault was bumped up to the first line with Eichel and Max Pacioretty in an attempt to snap the Knights out of their scoring funk. They were their best line with a 65 percent shot share at five-on-five.

Michael Amadio was promoted to the second line.

Forward Brett Howden, who did not make the trip, was placed on injured reserve before the game.

“We’re working our (butt) off under pretty tough circumstances here with what we’re dealing with,” DeBoer said. 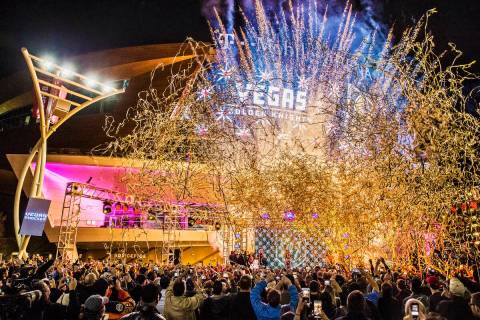 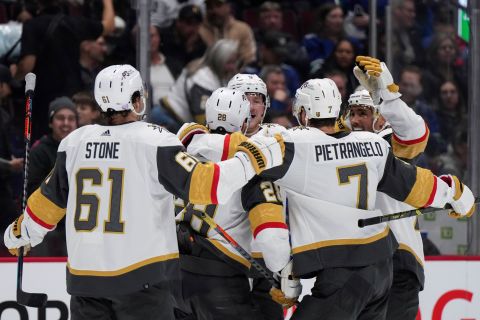 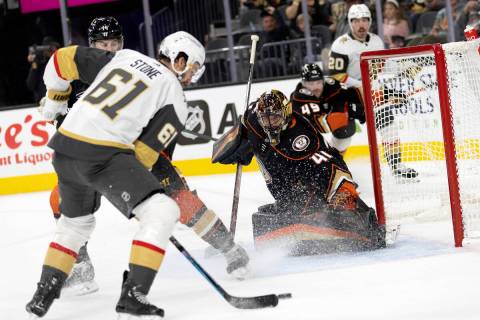 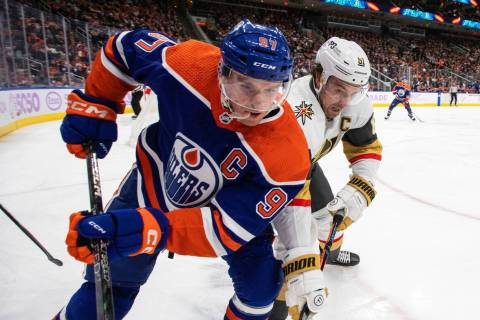 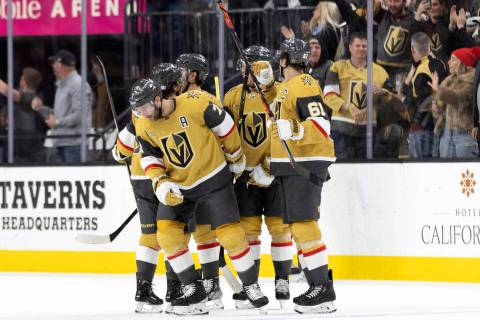 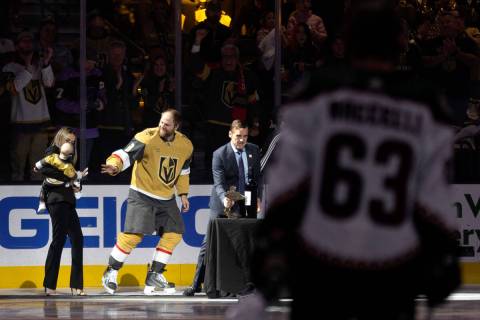 Phil Kessel became the the first player in NHL history to appear in 1,000 consecutive games, and the Golden Knights defeated the Arizona Coyotes on Thursday.