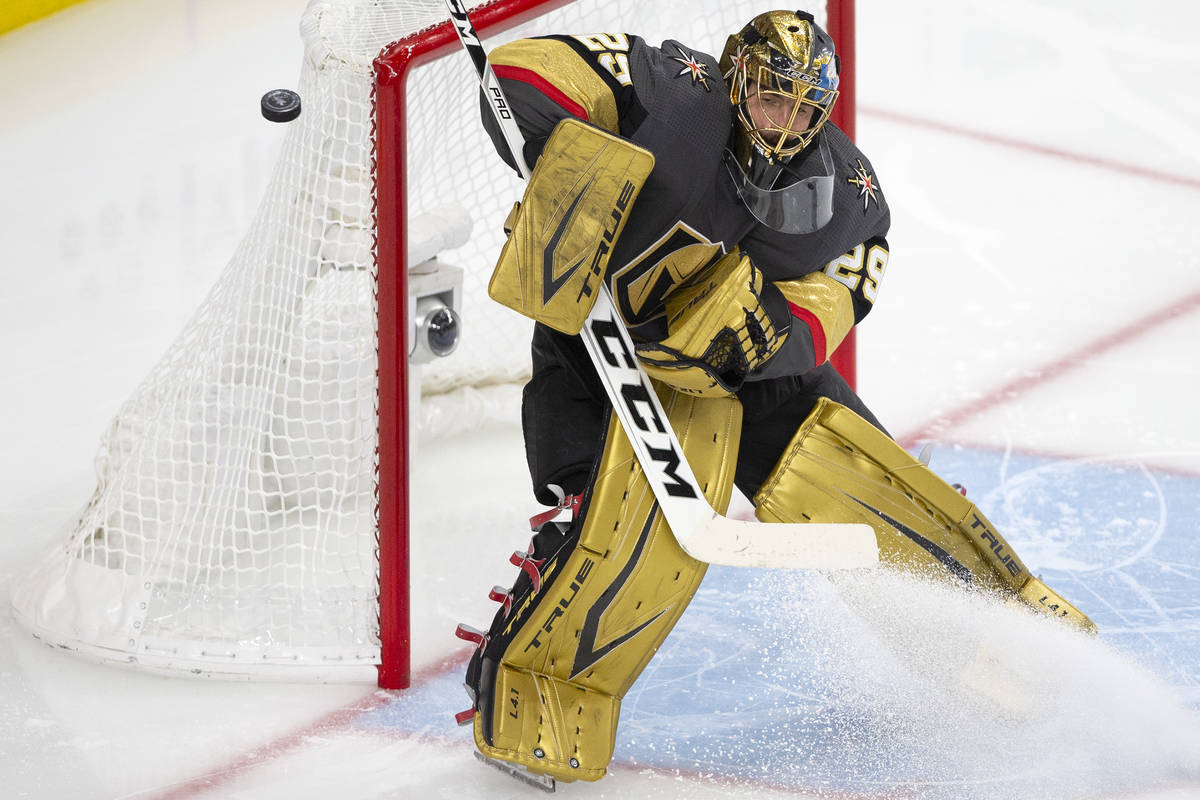 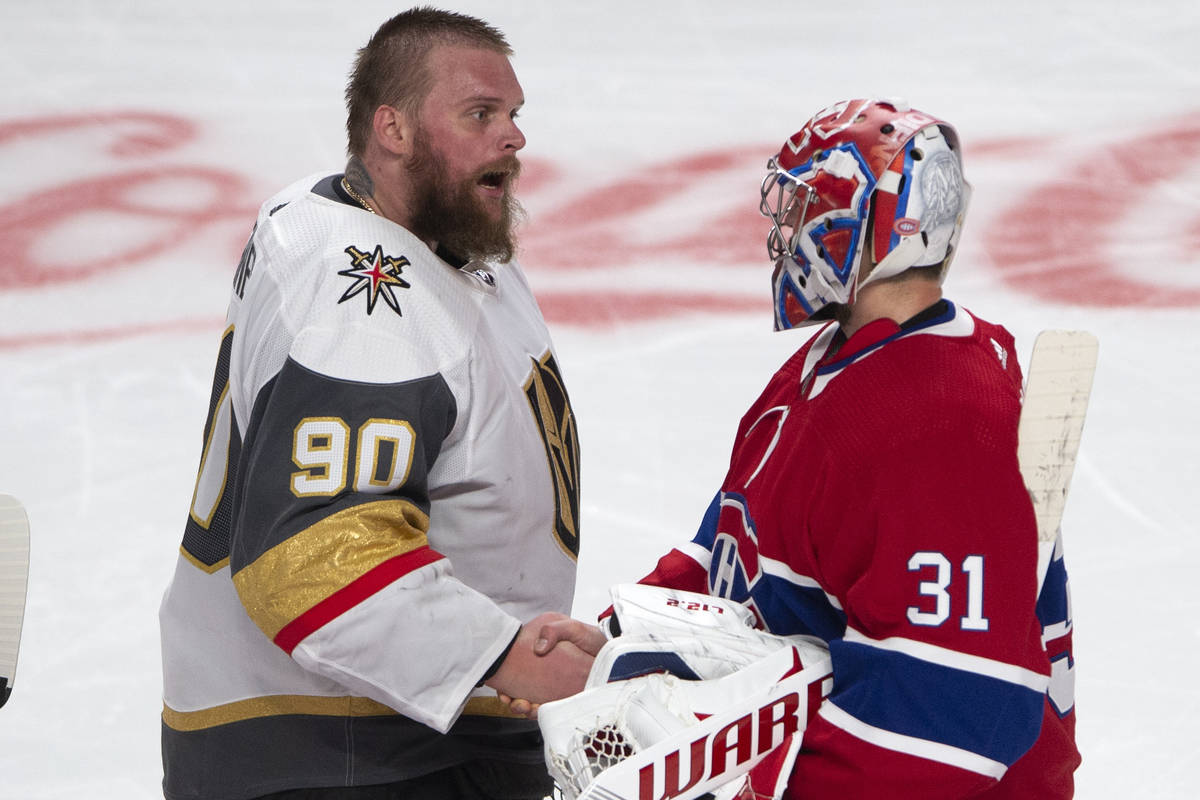 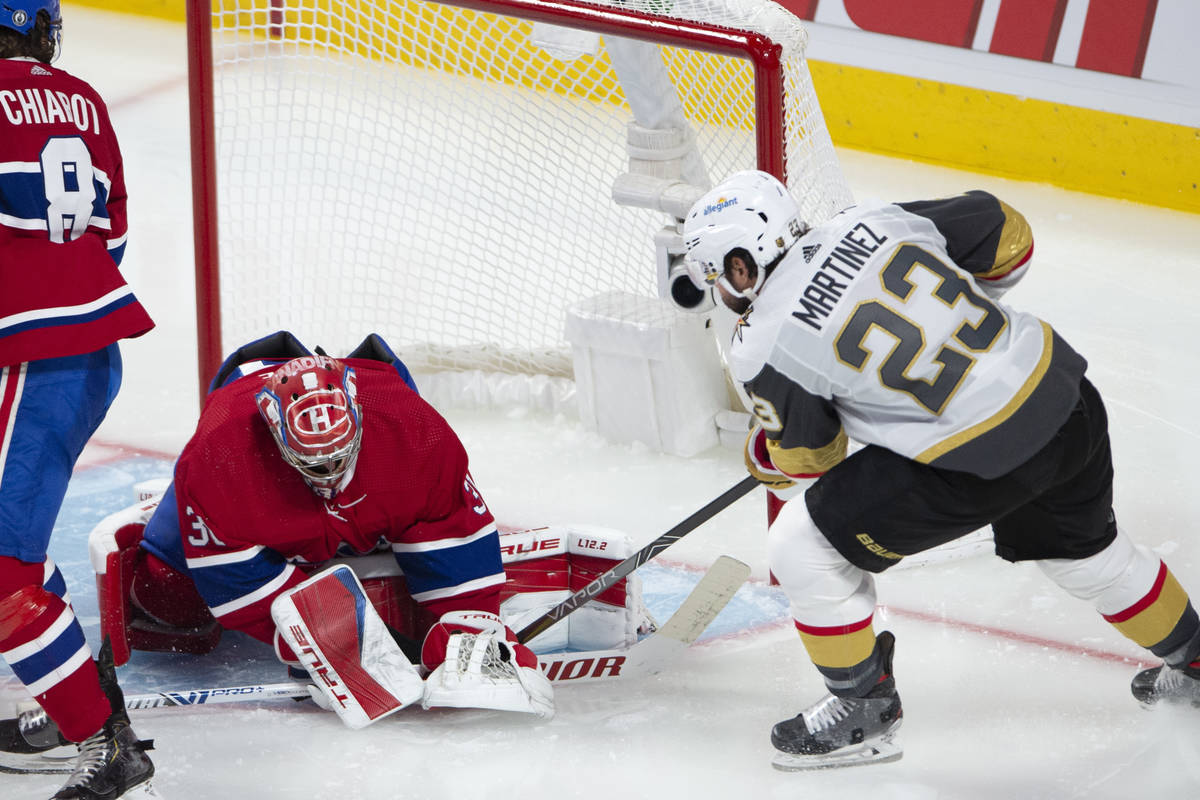 Better in the regular season, where they had the most wins in the NHL and tied for the best points percentage. Better in the playoffs, where they defeated two top-10 teams in the first two rounds to advance to their third semifinal in four years.

All it got them was one win closer to the Stanley Cup than last season.

The Knights’ bitter six-game loss to the Montreal Canadiens — as the largest semifinal favorite since 1989 — will sting for a while. Goaltender Robin Lehner called it a “pretty empty feeling.”

Then the team will need to dust itself off and figure out how it can get the two wins that kept it from reaching its second Stanley Cup Final. The Knights still have two chances to fulfill owner Bill Foley’s “Cup in six” proclamation.

Here are three questions they face before Year Five:

1. Does the tandem stay intact?

The Knights’ greatest strength all season was their two goaltenders.

Marc-Andre Fleury and Robin Lehner both played well, supported each other and won the Jennings Trophy for giving up the fewest goals in the NHL. Fleury was also named a Vezina Trophy finalist for the first time in his career.

The two traded off starts in the regular season when both were healthy, allowing both to stay fresh during a condensed season. But as DeBoer said Wednesday, when it’s time for each playoff game, “we’ve got to pick one.”

The Knights could decide to keep both goalies if they feel they’re better for having depth at hockey’s most important position. But moving one could be tempting to free up salary-cap space for an additional scorer.

The Knights are projected to be $5.26 million under the cap entering the offseason, with 11 forwards, six defensemen and both goalies on the NHL roster.

Defenseman Alec Martinez is an unrestricted free agent after being acquired from the Los Angeles Kings on Feb. 19, 2020 for two second-round picks. The two-time Stanley Cup winner proved to be well worth that price and more.

His leadership, toughness and experience were huge for the Knights. His on-ice play was great as well, as he formed half of the team’s first defensive pair with Alex Pietrangelo.

Martinez has 40 points in 63 games with the Knights. The team is plus-22 with him on the ice at five-on-five. He also led the NHL in blocked shots this season with 168, 40 more than the next-closest player.

Martinez’s salary cap hit was $4 million annually on his last contract and his play merits a raise.

“I think this is one of the best, if not the best team I’ve played on,” Martinez said Thursday. “We obviously came up short but really proud to be a part of this group and play night in and night out with these guys.”

3. What surprises are in store?

The Knights have never been afraid to make a splash in their history.

Their entire top line of Pacioretty, center Chandler Stephenson and right wing Mark Stone was added via trade, two of them blockbusters. The team also landed the prize of last year’s free-agent class in Pietrangelo.

For better or for worse — Montreal is likely feeling good about the Pacioretty trade right now — the Knights dream big when planning out their roster. This offseason will provide them the opportunity to do that some more.

2018 Hart Trophy winner Taylor Hall of the Boston Bruins is an unrestricted free agent. Patrik Laine is a restricted free agent for a Columbus team that has seen many big names leave in recent years. Buffalo captain Jack Eichel continues to have trade rumors swirl around him.

The Knights may not chase any of those players aggressively. But based on their history, it would be an upset if they didn’t at least check in on them or other notable names.