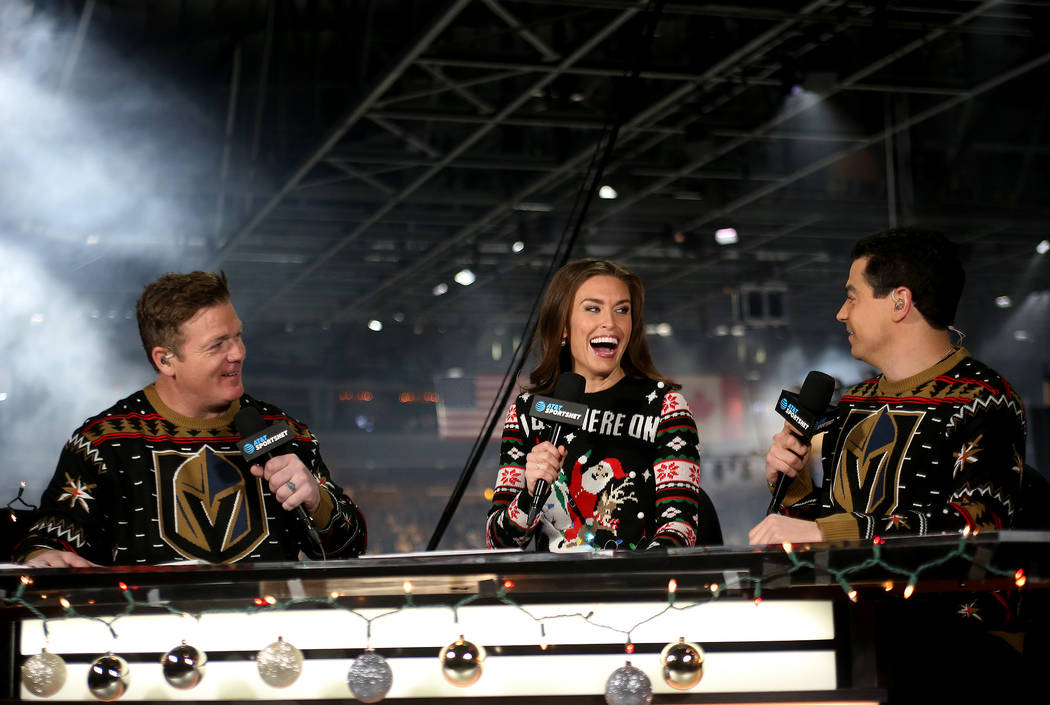 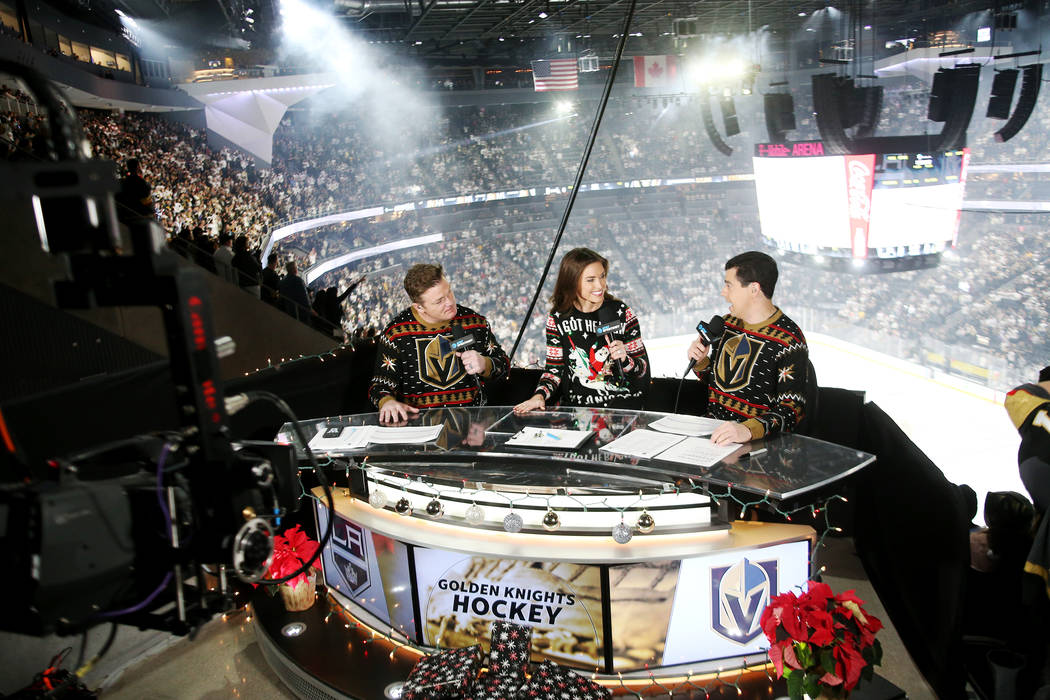 The Golden Knights’ television broadcasts will have a new look this season.

Studio host Nick Gismondi, analyst Brad May and rinkside reporter Alyson Lozoff did not have their contracts renewed and will not return, according to people with knowledge of the decision who were not authorized to speak on the record.

Play-by-play announcer Dave Goucher and color analyst Shane Hnidy are not affected by the change and remain with the team.

Lozoff left a message on her Instagram account Wednesday thanking Knights fans “for all the wonderful memories and for all the smiles, laughs, friendly hellos and amazing high fives. … This goodbye is incredibly bittersweet, but I’m excited for my next chapter.”

Dear Golden Knights fans,
You're the reason that I love what I do. Thank you for all the wonderful memories and for all the smiles, laughs, friendly hellos and amazing high fives. Thank you for your endless support… https://t.co/zF4cQ0e3Es

Gismondi, May and Lozoff appeared on the pregame and postgame shows along with the intermission report on AT&T SportsNet Rocky Mountain, which broadcasts the majority of Knights games.

However, their contracts with the station expired after the season, and the Knights made the decision this summer to assume control of the broadcast team, according to the same people with knowledge of the situation.

Gismondi briefly appeared as a fill-in studio host during the Knights’ inaugural season and teamed last season with May, an 18-year NHL veteran who won the Stanley Cup with the Anaheim Ducks in 2007.

“I loved the last two years in Vegas and met so many great people,” May wrote in a text message to the Review-Journal. “I want them to know that I am grateful for all of it. I wish nothing but the best for the Vegas Golden Knights organization. Go win the Stanley Cup! And thank you to the fans for being so passionate and engaging.”

Lozoff, a native of Montreal, was hired one month into the inaugural season and developed a strong on-camera rapport with Knights players.

She was honored in June by the National Academy of Television Arts & Sciences Pacific Southwest Chapter with two Emmy Awards, including one for on-camera sports talent.

Lozoff was known for her pregame interviews, which often included being sprayed with a water bottle by forward Ryan Reaves, and became a good-luck charm. Several interview subjects scored goals after speaking to Lozoff, a phenomenon known as the “Aly Tally.”

The Knights have not announced the new members of their broadcast team, but two names have already emerged as likely replacements.

Daren Millard, who spent 20 years at Sportsnet in Canada, is expected to be hired as the new studio host. He left the network in August 2018 after serving as host for “Hockey Central @ Noon,” “Wednesday Night Hockey” and other NHL studio shows.

Also, Stormy Buonantony is set to take over as rinkside reporter. The Las Vegas native spent three years working at the Mountain West in various capacities and served as a reporter and in-stadium emcee for the Carolina Panthers.