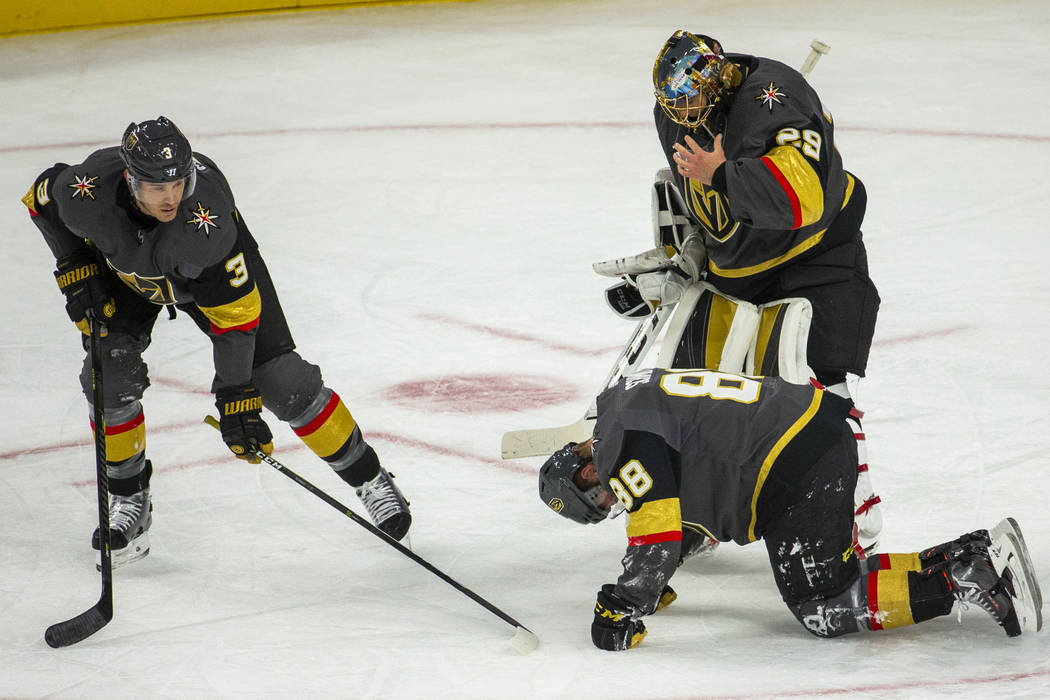 Vegas Golden Knights defenseman Nate Schmidt (88) is down injured on the ice versus the San Jose Sharks during the first period of their NHL season-opening hockey game at the T-Mobile Arena on Wednesday, Oct. 2, 2019 in Las Vegas. (L.E. Baskow/Las Vegas Review-Journal) @Left_Eye_Images 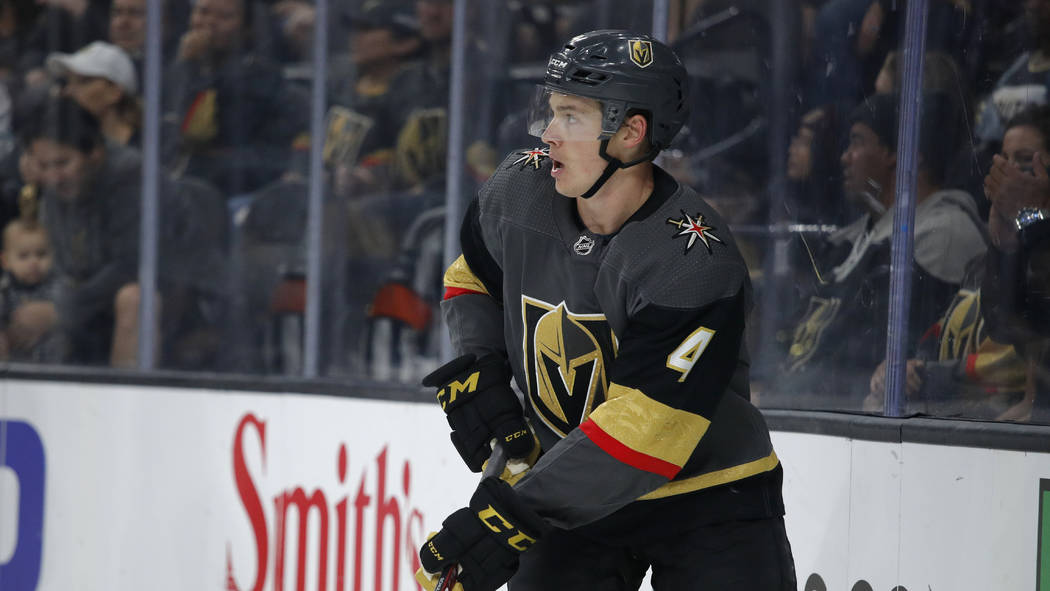 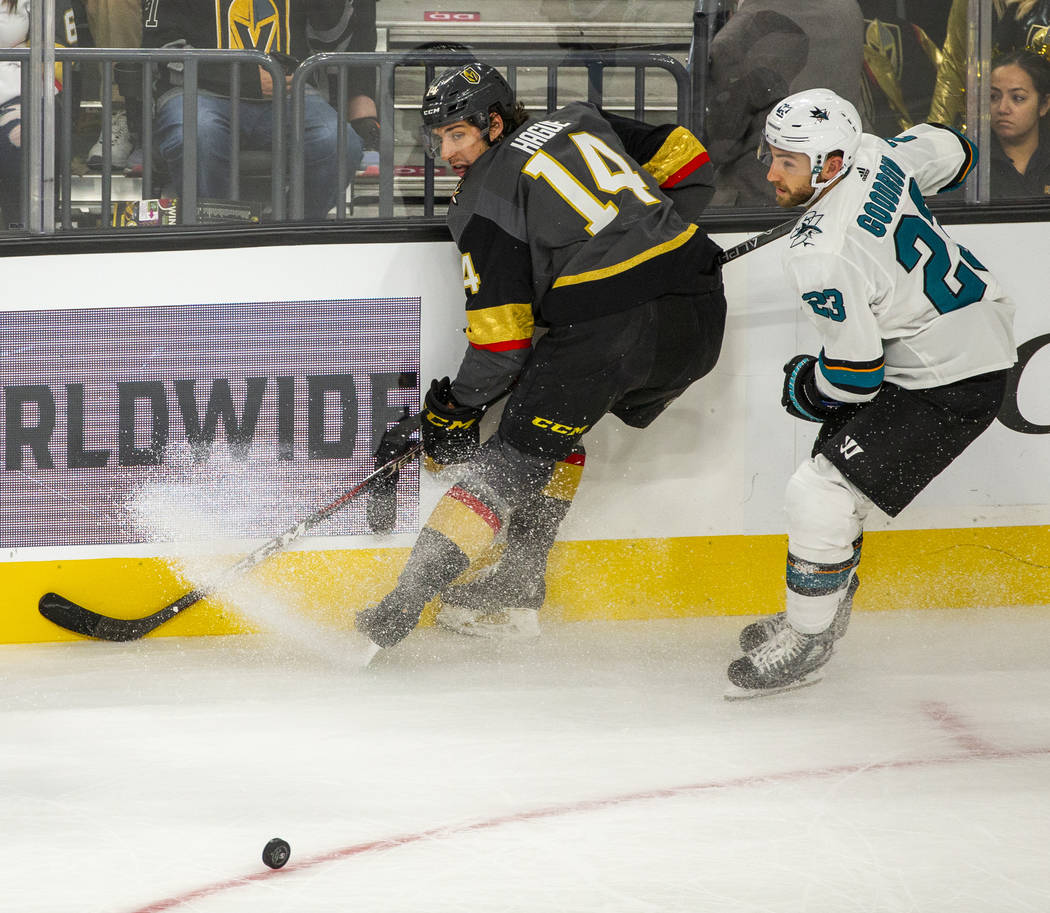 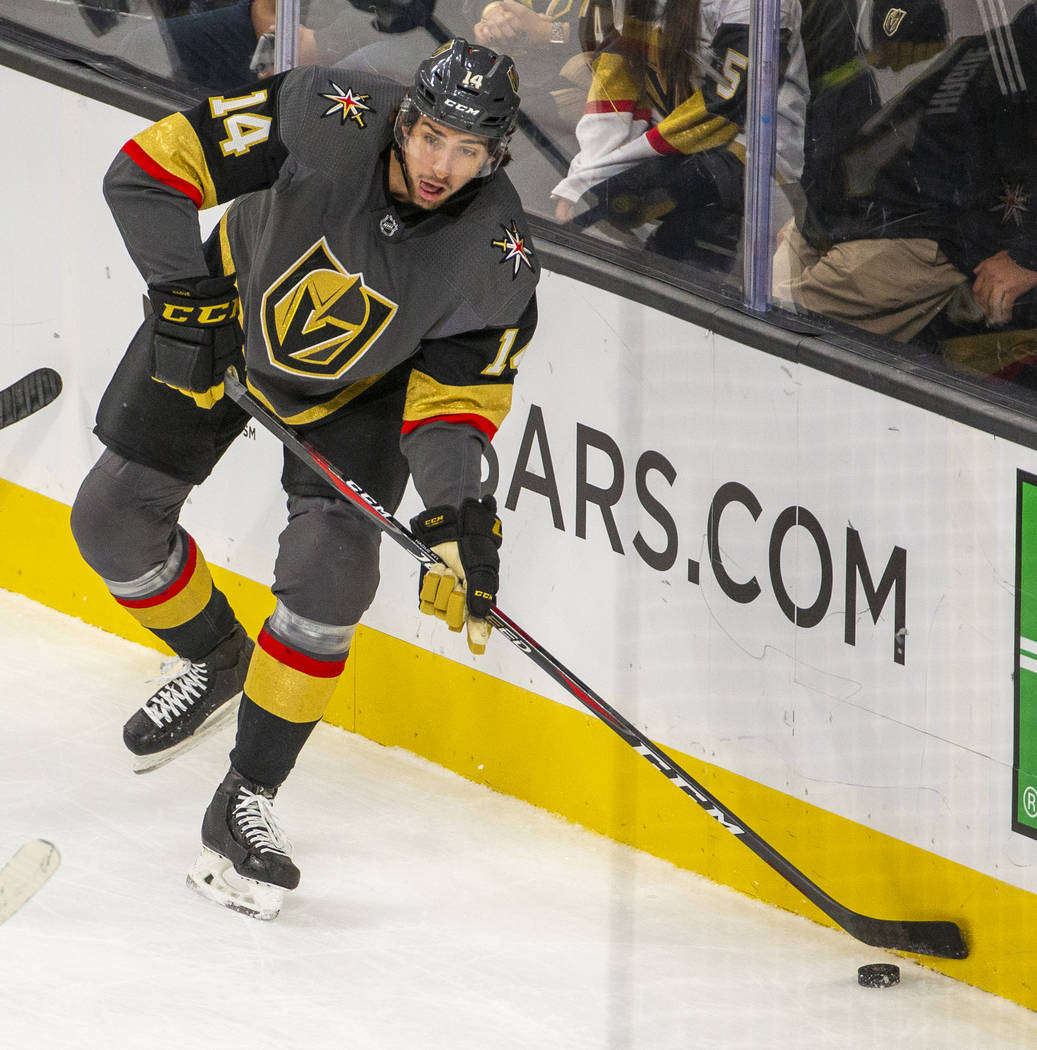 The future is now for the Golden Knights’ blue line.

Defenseman Nate Schmidt is week to week with a lower-body injury, coach Gerard Gallant said Thursday. That means one of the team’s two rookie defensemen — Nicolas Hague and Jimmy Schuldt — will be in the lineup Friday night.

Indications are it will be Hague, but Gallant was coy when asked. Either way, the coach said he had no problem throwing a young player into a hostile atmosphere for the Knights’ 7:30 p.m. game at SAP Center against the San Jose Sharks.

“I think it’s awesome,” Gallant said. “It’s going to be tough, but you know what? Let’s jump into it.”

Schmidt appeared to get injured in a knee-on-knee collision with Sharks captain Logan Couture in the Knights’ 4-1 win Wednesday night in the season opener at T-Mobile Arena. He needed to be helped off the ice and into the locker room.

Schmidt is one of the Knights’ most important players. He skates well, moves the puck and can be trusted in all three zones. Because of that, he led the team in time on ice in each of its first two seasons.

Schmidt was suspended for the first 20 games last season, and his absence was felt. The Knights were 8-11-1 without him and 35-20-6 with him (He didn’t play in the regular-season finale).

“It stings for sure,” said Brayden McNabb, Schmidt’s defense partner. “He’s a big part of this team in the locker room and definitely on the ice. It’s tough, but he’s been there before. He’s a pro. He knows how to heal himself up. He’ll be back, and he’ll be ready.”

The Knights had veterans to step in for Schmidt last season. Now, they have rookies.

Schuldt, 24, broke training camp with the team after playing capably in his NHL debut April 6. Hague, 20, was one of the Knights’ final two roster cuts and recalled from the American Hockey League on Wednesday. He arrived at T-Mobile Arena just in time for the game.

Both players would be capable of filling Schmidt’s role on the second power-play unit. Gallant wouldn’t say which one will get the first chance, but if Thursday’s practice was any indication, it will be Hague.

“You hate to see a guy go down, especially a guy like (Schmidt),” Hague said. “He’s a great teammate, obviously. He’s an unbelievable player we want on the ice. I don’t know what’s going to happen with that. If I do get the call, I’ll try to take advantage.”

Should he get that call, Hague can turn to another rookie for advice. His camp roommate, Cody Glass, scored in his first NHL game Wednesday.

Hague isn’t concerned with matching that.

“I couldn’t be happier for him,” said Hague, who described the two of them as “almost like brothers” in rookie camp. “I’ll worry about myself. I’m not trying to worry about stats or anything like that.” 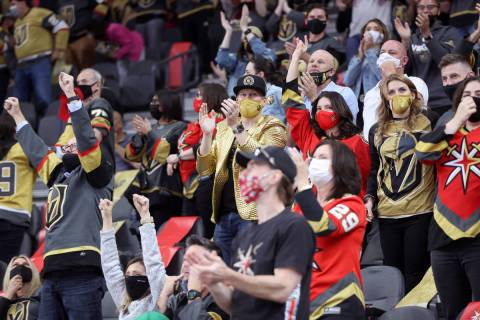