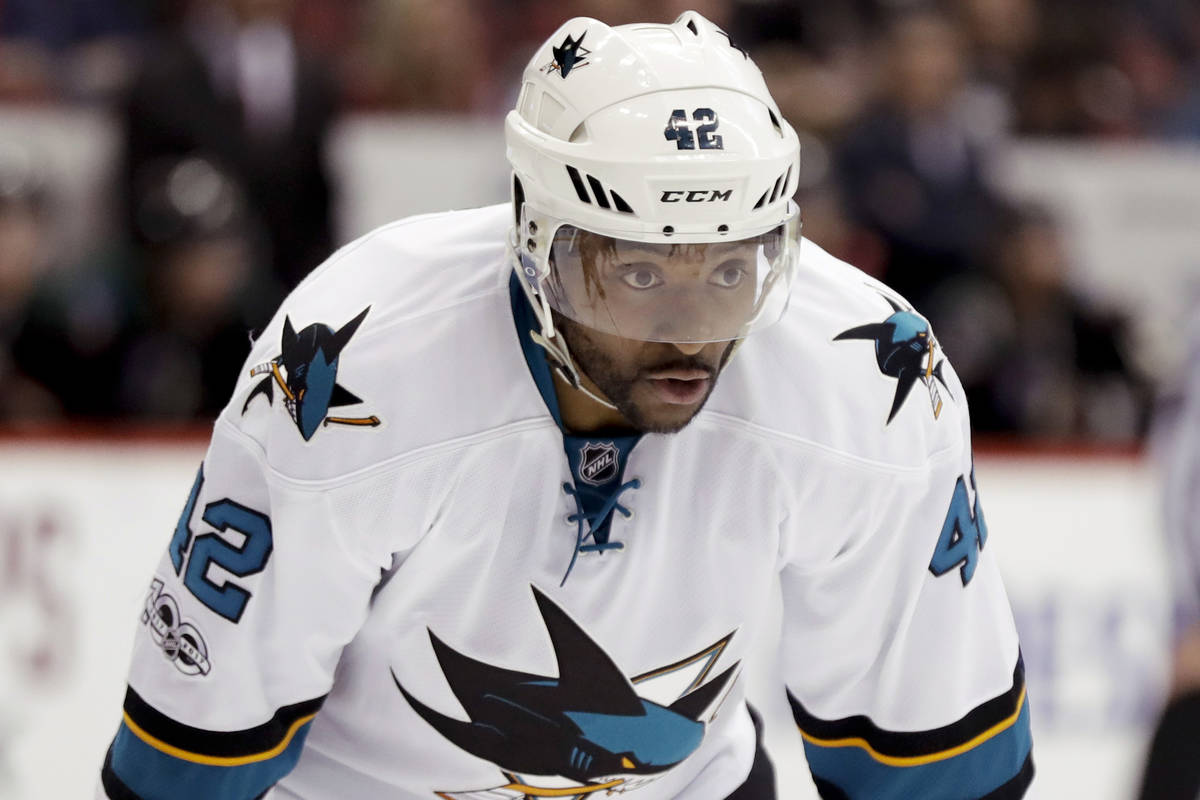 Joel Ward remembers what it’s like to struggle for one’s shot at the NHL.

He has been called up and down before. Three times in one week, as a matter of fact. And he’s going to take the lessons he learned from those experiences and impart them to some of the Golden Knights’ promising prospects.

Ward, who played 726 NHL games despite being undrafted, was named a Henderson Silver Knights assistant coach Monday. The recently retired right wing will work under coach Manny Viveiros and with Jamie Heward, who was also named to the staff.

“A strength of mine is just to share my experience,” Ward said. “For guys, they can relate to somebody that’s been through it.”

Ward, 39, took a longer path than most to the NHL. He played four seasons at the University of Prince Edward Island in Canada and didn’t make his professional debut (in the American Hockey League) until he was 24.

He still managed to carve out an 11-year NHL career thanks to his work ethic, toughness and two-way play. He finished with 133 goals and 304 points, including one assist in three games against the Knights in his final season in 2017-18.

Ward knew he wanted to stay involved in hockey after he hung up his skates and was approached about several opportunities. But only one role made sense to him.

“I knew deep down inside that I wanted to be hands-on,” Ward said. “I knew coaching was something that was in my blood.”

When Ward felt he was ready, he started reaching out to contacts within the game asking for advice. One person was the former Washington Capitals general manager who signed him to a four-year contract in 2011: Knights president of hockey operations George McPhee. Another was his coach for three seasons with the San Jose Sharks: Knights coach Pete DeBoer.

That got the ball rolling for Viveiros and Ward to connect around the time the former was hired. The Silver Knights will stylistically play a lot like the Golden Knights, which means in his first professional coaching gig Ward will be tasked with teaching systems he’s already executed.

“I enjoyed a lot of the X’s and O’s stuff that we had as a team,” Ward said of his time with the Sharks. “There were a couple moments where I went, ‘Oh, I can’t wait to teach some of this stuff.’”

Ward now gets that opportunity. He’ll do so along with Heward, a former first-round pick by the Pittsburgh Penguins who played 394 NHL games as a defenseman. Heward, 49, worked under Viveiros for two seasons as an assistant coach and director of player development with the Western Hockey League’s Swift Current Broncos.

In their second season together, the team finished with the No. 3 offense and No. 1 power play and won the WHL championship. Viveiros was named the league’s coach of the year.

Ward will have to hope he brings his new boss similar success. He already remembers plenty about DeBoer’s system because he said his former coach dissects the game “as good as anybody that I came across.”

This time it’s Ward’s turn to do the dissecting.

“What carried me to have a career in the game was paying attention to details,” Ward said. “It paid off for me and hopefully (it will) for some of these guys that are on the cusp or bubble from playing up and down.”